st. petersburg-based custom motorcycle builder, balamutti workshop, has unveiled a souped-up and super-charged ducati hypermotard. sporting three wheels and built to compete in the 2020 baikal mile ice race, the balamutti yondu was inspired by the speeder bikes from star wars: return of the jedi. 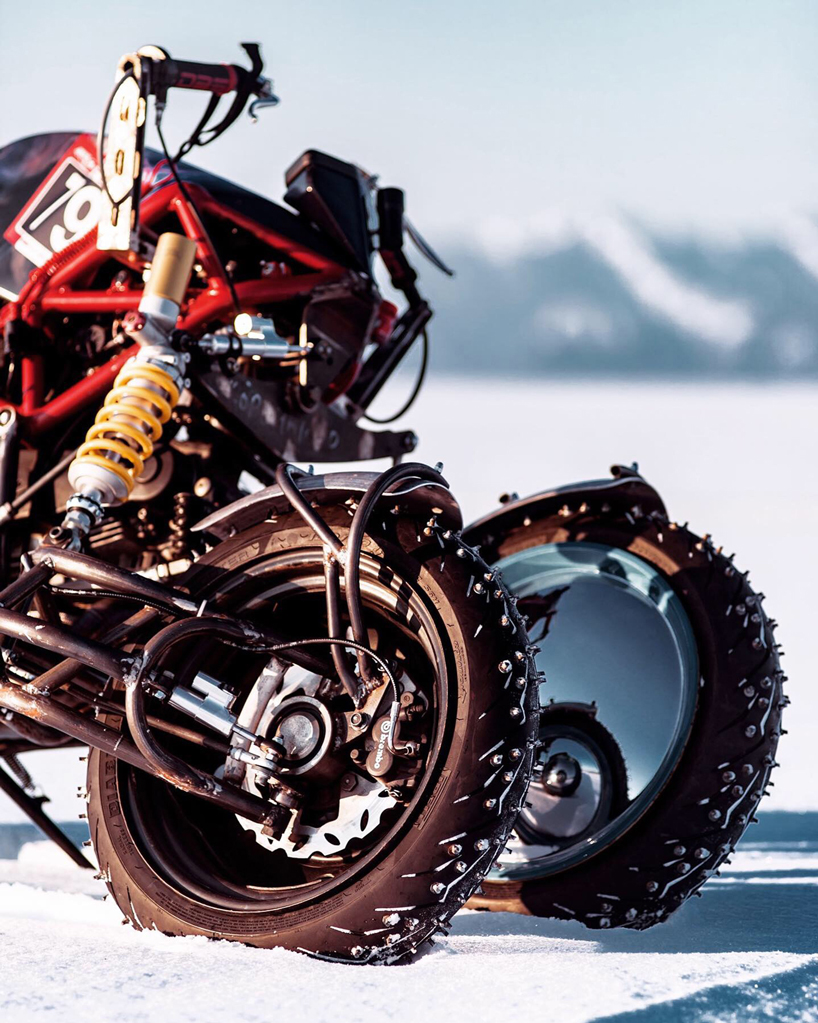 balamutti’s vitaliy selyukov started with the engine and main trellis frame of a donor hypermotard before fabricating everything else himself including the two-wheeled front end. built for the ice, each of the yondu’s three wheels boasts its own independent suspension and is wrapped in tires fitted with carbide studs. 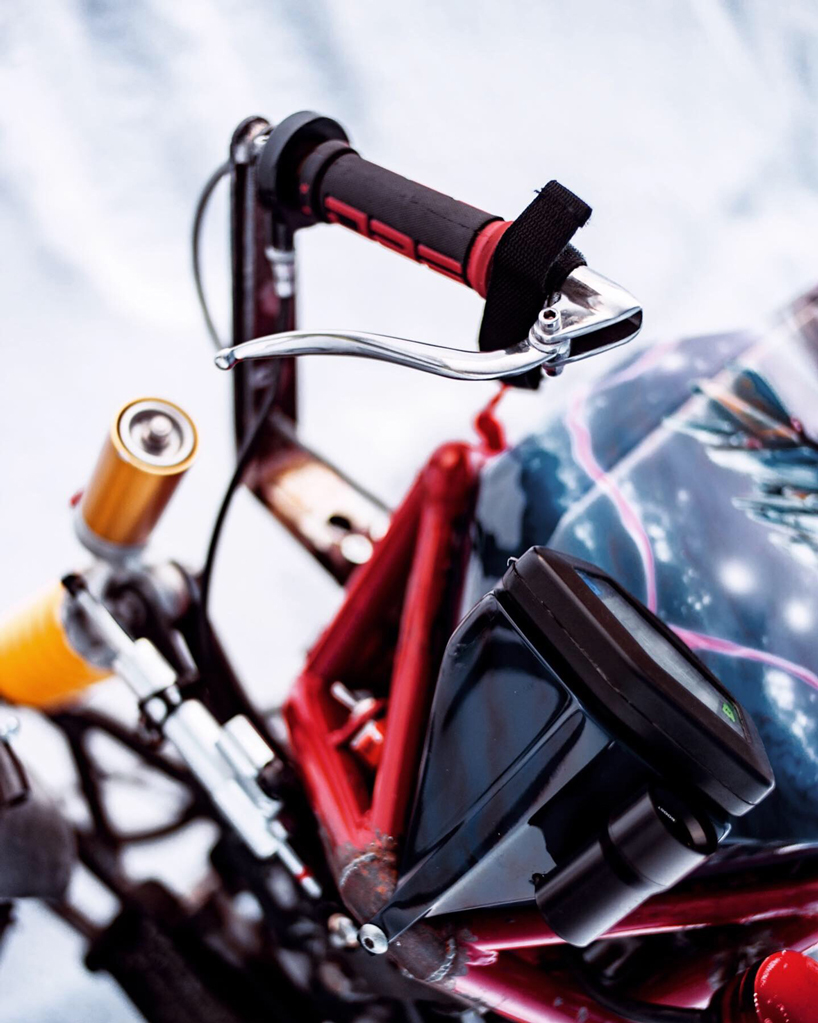 ‘the idea of building this bike came about in 2016, and grew for several months on paper, in the form of concept sketches that I knew i wanted to transform in the future,’ selyukov said in an interview with pipeburn. ‘it’s hard to say how the idea of such a motorcycle came to mind, perhaps I was inspired by anakin skywalker’s z-74 speeder.’ 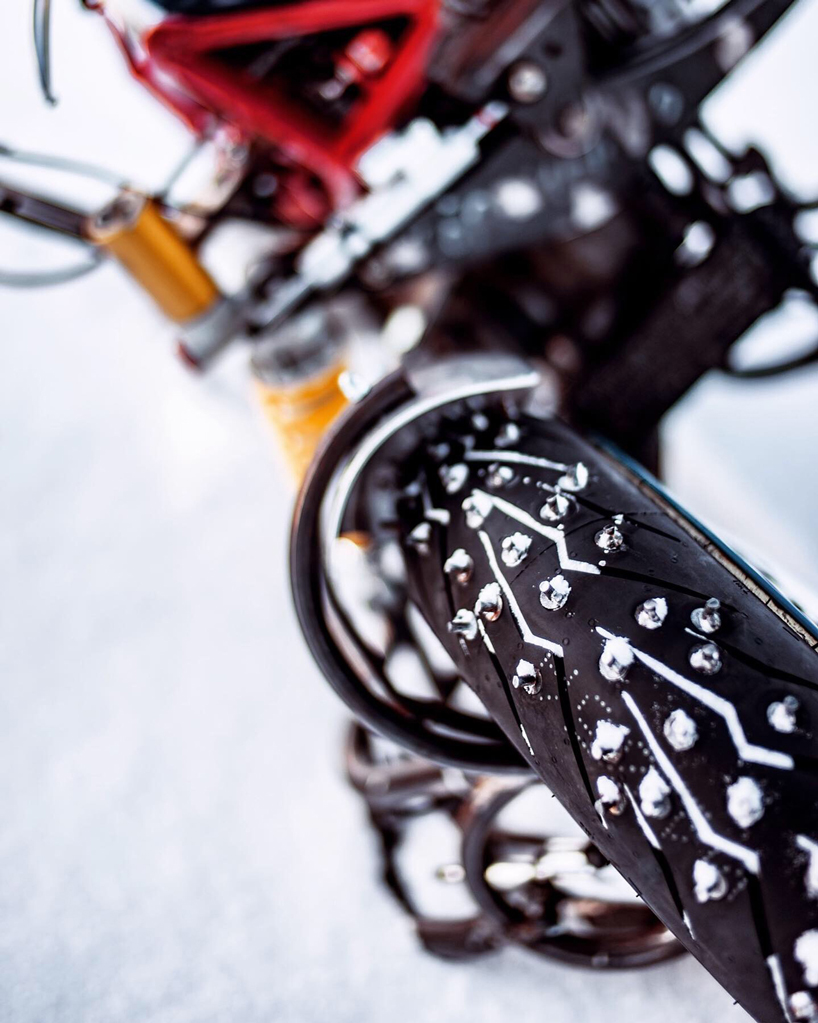 the wheel hubs are covered with convex reflective covers, of which the rear hub has been painted to reflect a scene of hellfire, giving the bike its futuristic, post-apocalyptic look. there is also three one-off fenders, a custom bobber-style seat, speeder-inspired controls, and a bespoke exhaust. 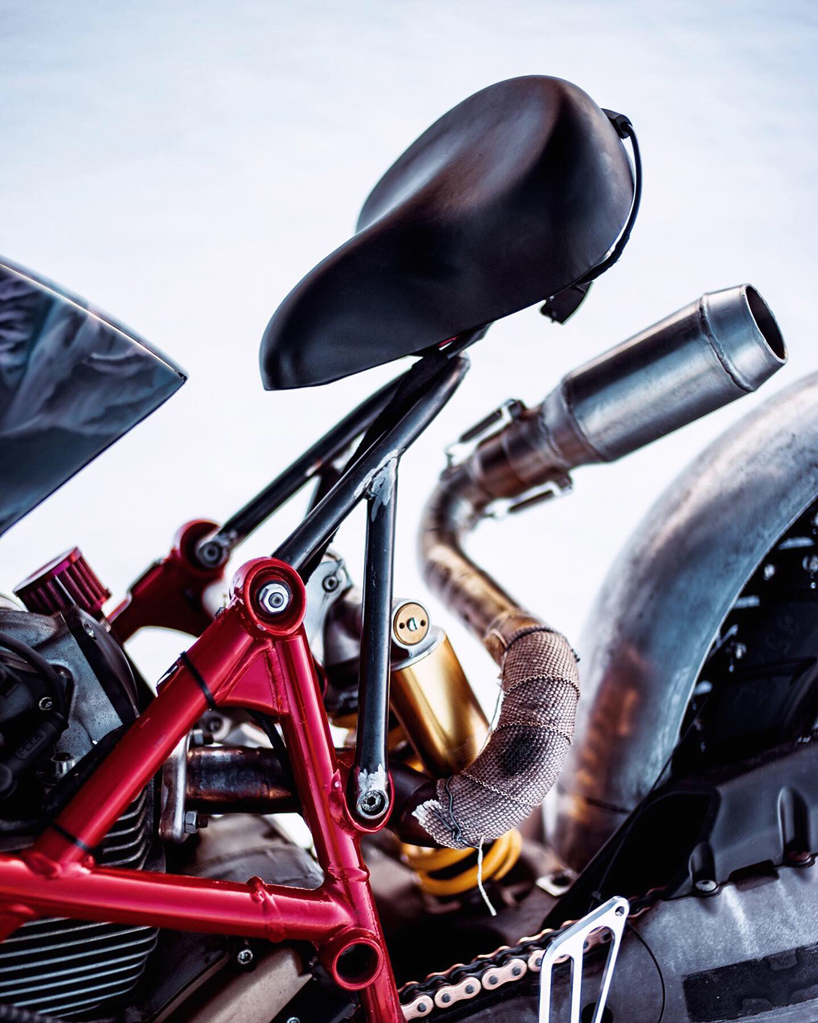 selyukov took a garrett gt35 turbo front housing rated for around 700hp, and taken out the turbine and repurposed it as a crank driven centrifugal supercharger. he has also added a belt and pulley system built in-house and a custom pipe that routes the air into 45mm throttle bodies.

the first yondu test drives were conducted on the ice of lake baikal with frost below -10c, and not on warm asphalt, as was originally intended. 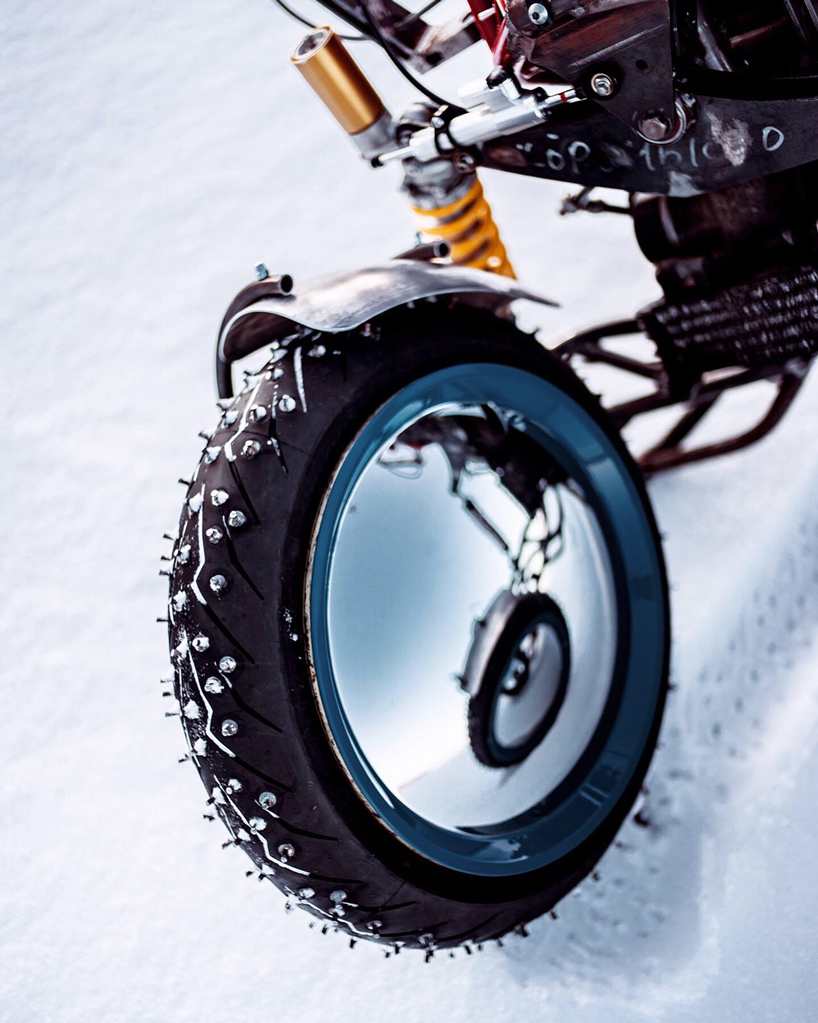 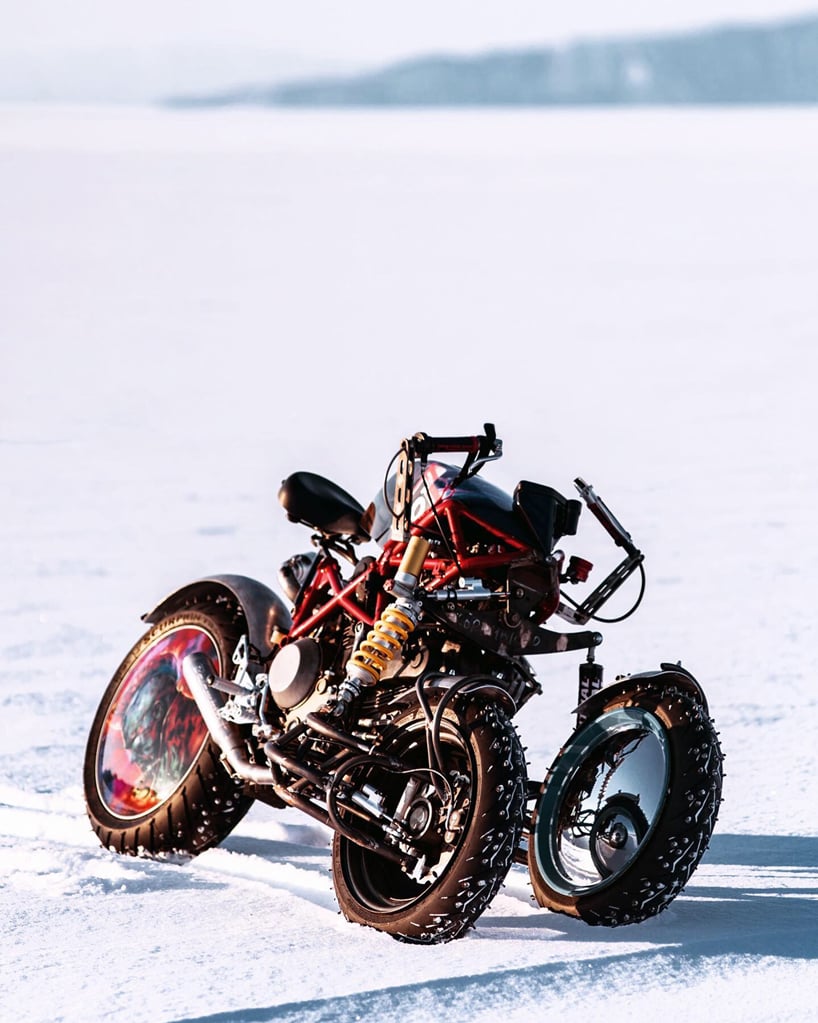 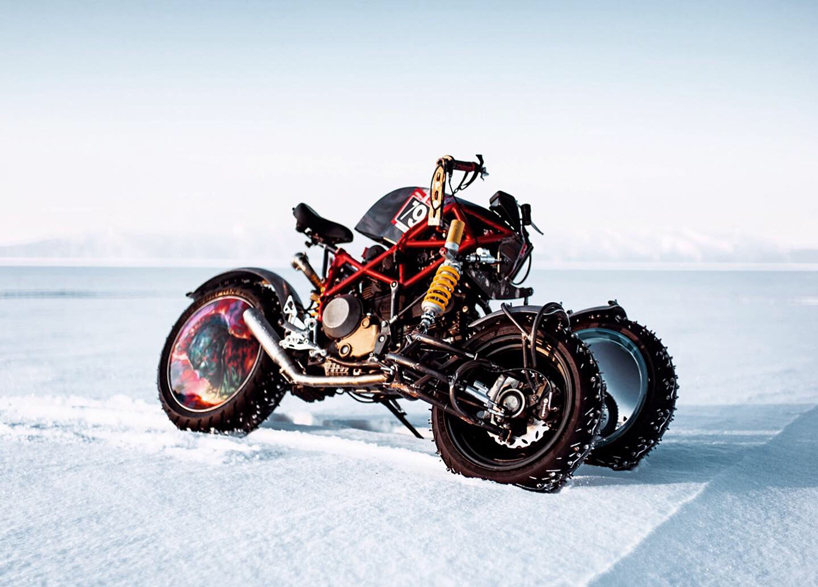