created by barbara custom motorcycles, this series of bike concepts depicts the future for bike-brands yamaha, BMW, and kawasaki. the france-based design preparation shop is directed by the enigmatic ‘barbara’, and has created no less than one thirty-five captivating renderings in the past, all of which exhibit a unique and authentic interpretation of each brand. 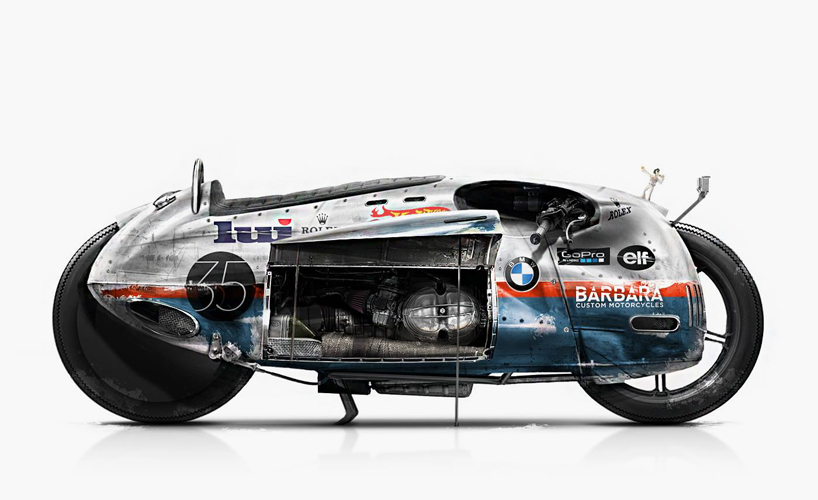 barbara custom motorcycle’s otherworldly renderings blur the boundaries between fantasy and reality: while each of these bikes lend themselves to different landscapes, all of their individual styles certainly carry a sci-fi influence. the BMW ‘elvis has left the building’ is a bruised salt racer-style-bike with a retro-futuristic full-body-fairing that appears to hark back to the early days of bonneville speedway racing, with 1930’s streamline influences. in contrast ‘barbara’ takes a totally new approach with the ‘E type stealth’ motorcycle, with the headlight, fuel tank, and seat all integrated seamlessly, creating a clean, minimalist form that fits ridley scott’s ‘blade runner‘. 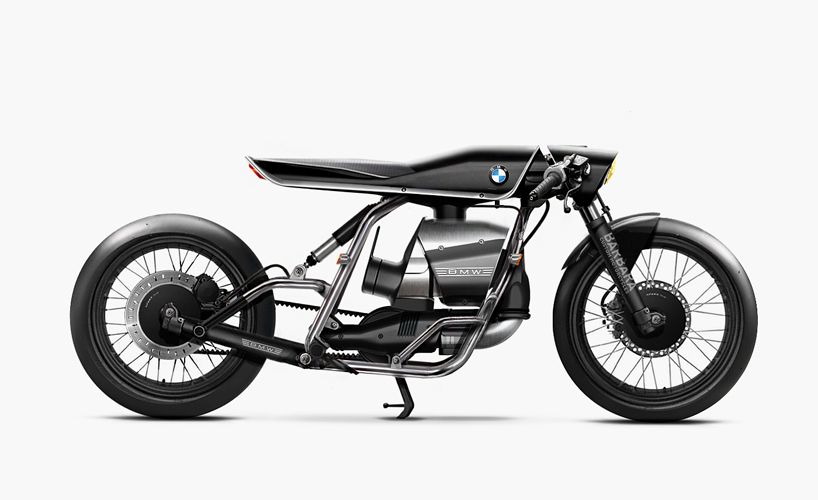 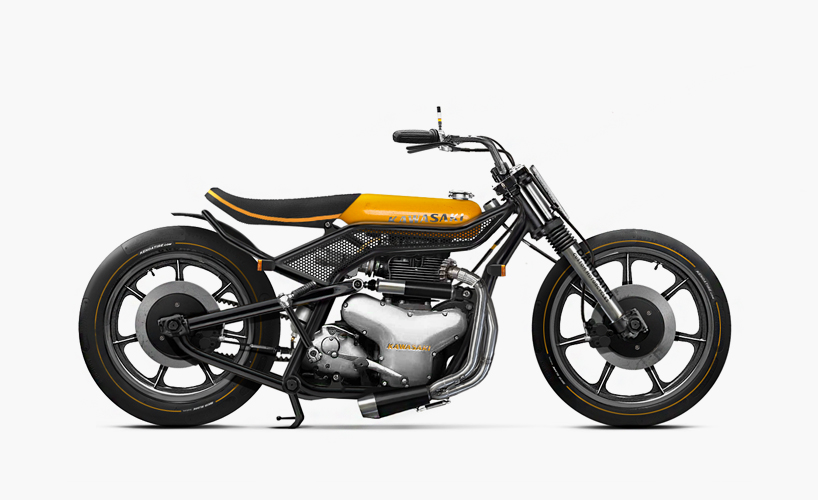 barbara then forsees the future of japanese brands yamaha + kawasaki in post-apocalyptic landscapes, with both concepts featuring rustic finishes and signs of wreckage from close-call survival situations. visually, the french design preparation shop has made the ‘scout’ and ‘walker’ motorcycles look like they are assembled from scrap pieces recovered from different machines, lending themselves to ‘fury road‘. like the inspiration that can be found in great sci-fi films through the years, barbara’s renderings can serve to inspire manufacturer’s designers to take greater risks, to design truly dramatic and mesmerizing motorcycles. 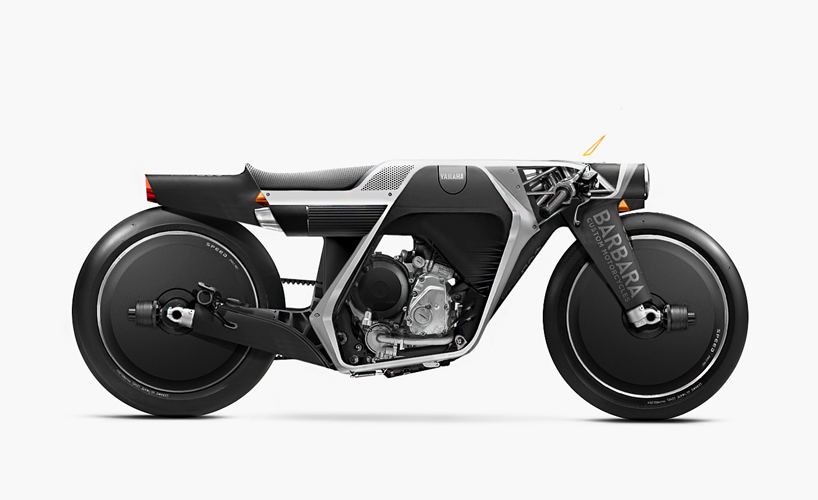 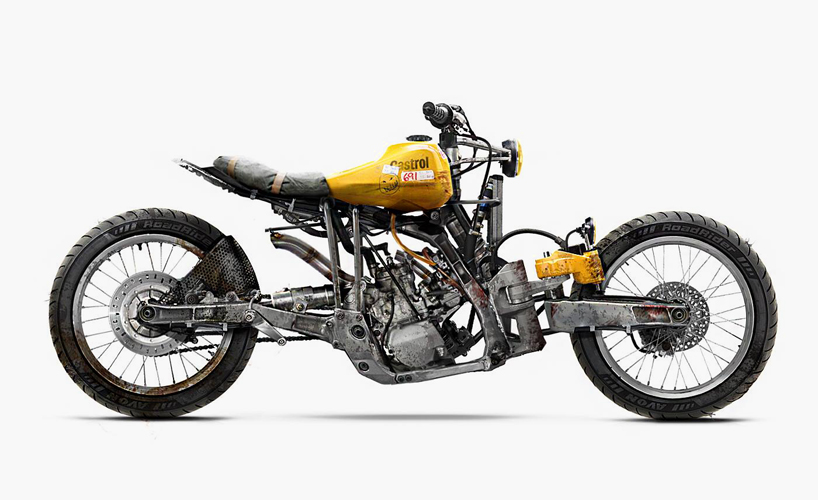 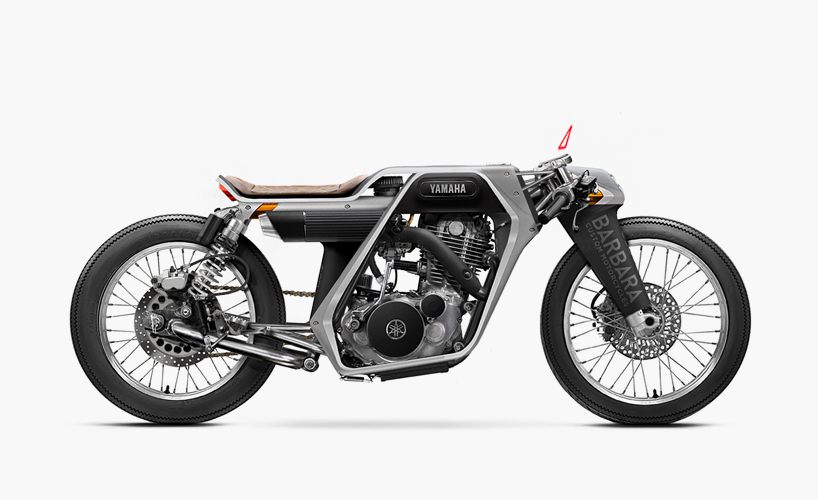 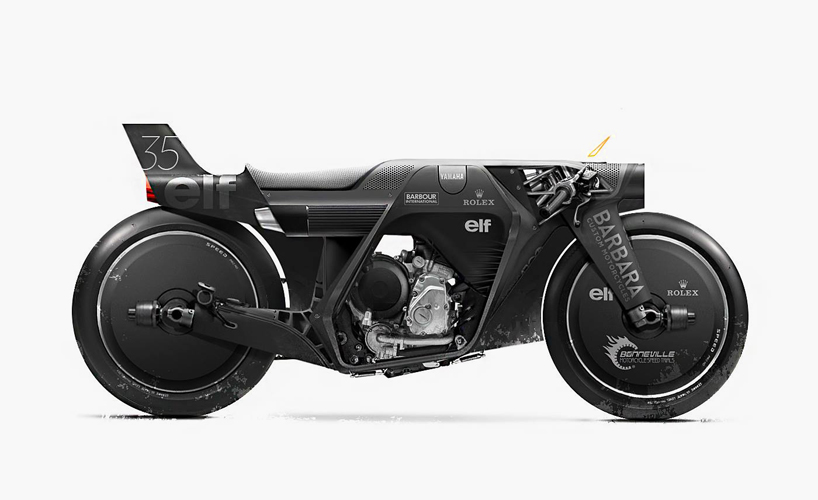