‘battlecade’ is a conceptual arcade console for two players, influenced by classic board games like ‘battleship’ and ‘duke nukem’. instead of the classic side-by-side setup, love hulten decided players sit facing each other. with a mid section including two 12 inch LCD monitors, neither can see the other’s game strategy. it has built in storage for quick access to accessories like power supply and detachable joysticks. when not in use, the console folds into three sections to a convenient carrier.

love hulten is a swedish designer, craftsman, and innovator fuses modern technology with traditional artisan knowledge, to create a unique blend of function and aesthetics. the ‘battlecade’ is produced, polished and assembled in hulten’s one man studio in gothenburg, sweden. check out love hulten’s hand made ’tempel’ work bench here to further see the craftsmanship from the past. 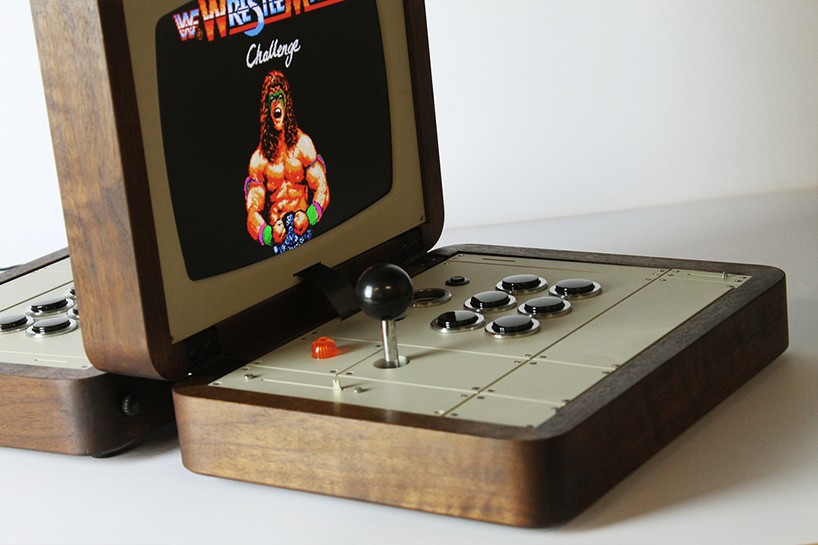 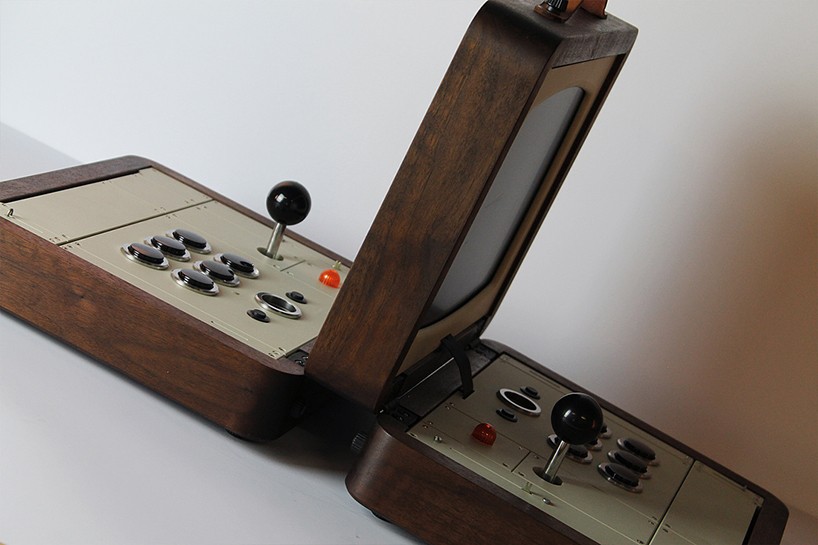 the console is handmade in sweden 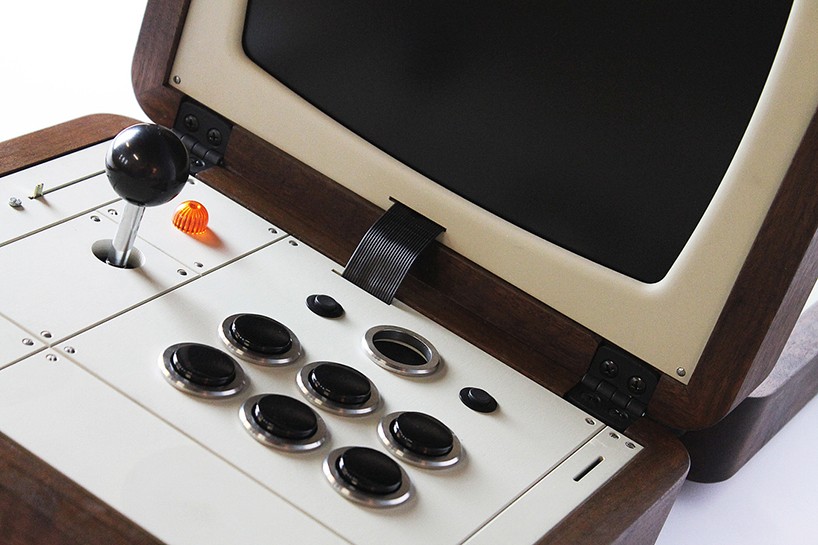 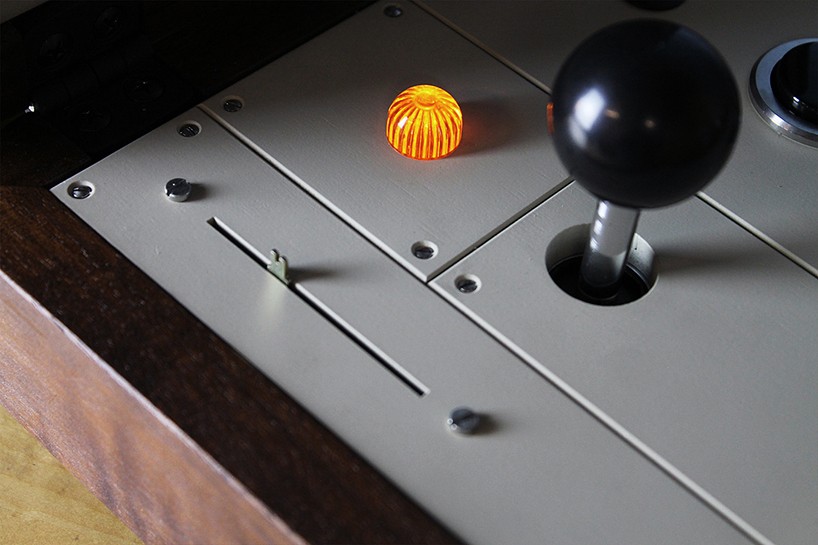 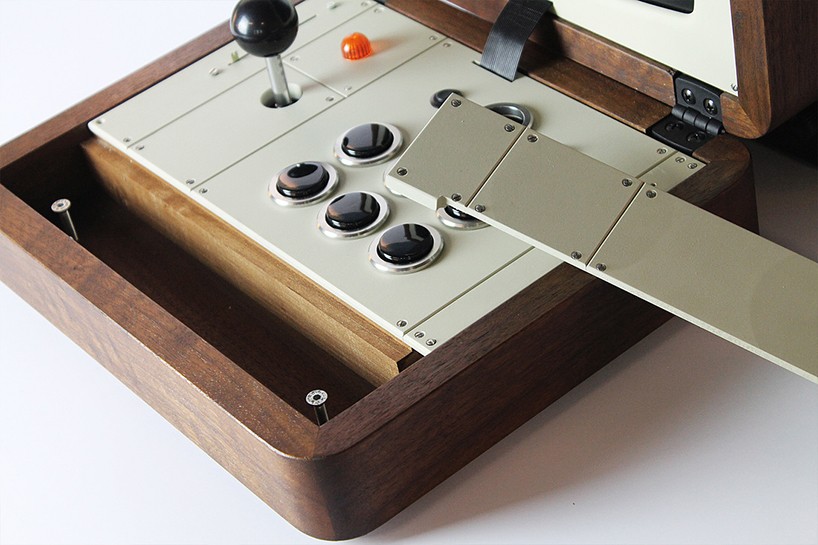 panels are removable for storage 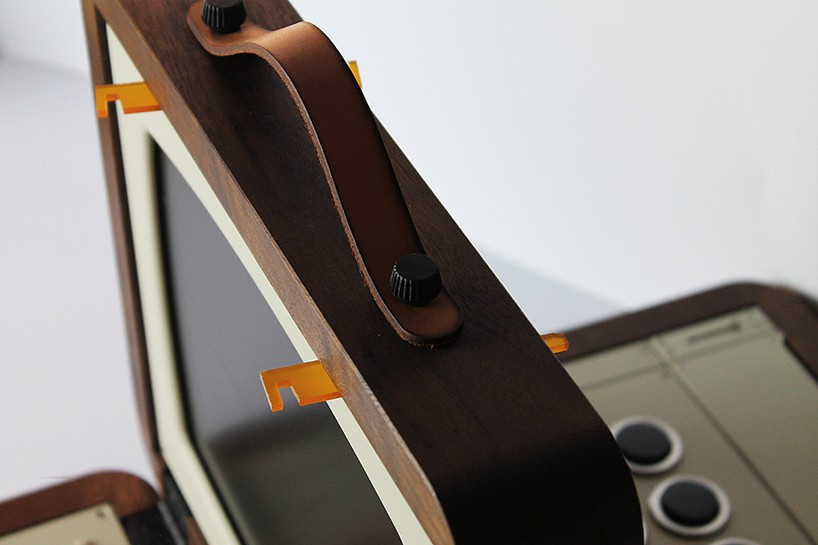 made of american walnut 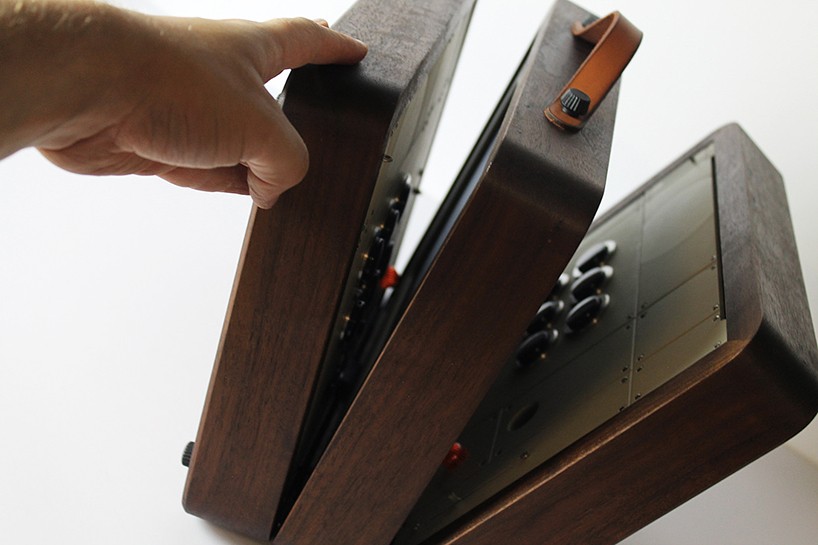 the console folds into a portable carrier 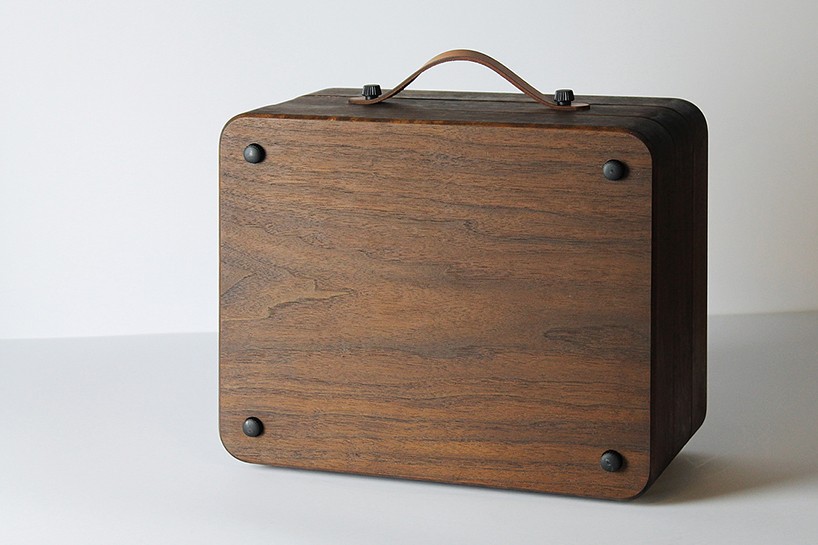 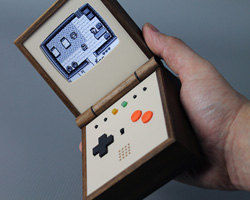 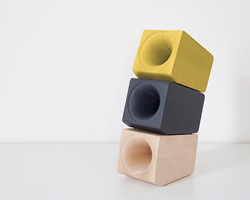 May 24, 2016
louis speaker by paolo cappello for newblack mimics the sound of vintage vinyl records 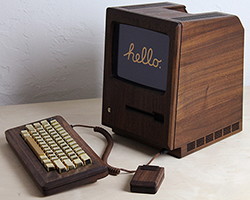 Oct 30, 2015
the golden apple by love hultén replicates the classic macintosh in a walnut finish 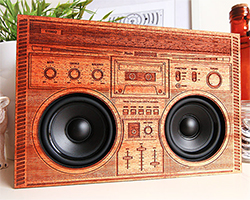