trained as an architect, the los angeles-based creative designer and technologist bahnaz farahi’s work sits at the intersection of fashion, architecture and interaction design. her latest project, titled bodyscape, focuses in on the behavior of the human body, exploring the movement of the female form. as the wearer moves and gyrates, the garment lights up with LED lighting controlled by a gyroscope, tracking the movement of her shoulders and enhancing the performative qualities of the human body. 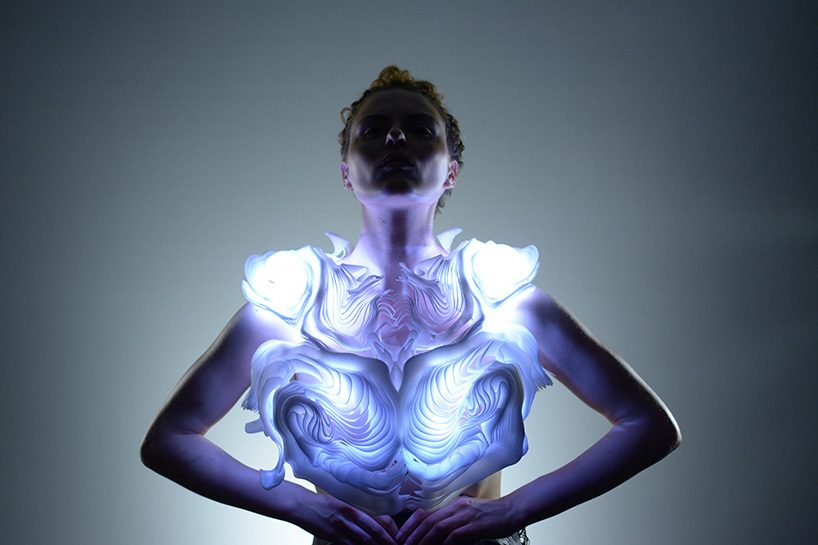 all images courtesy of behnaz farahi

with her interactive project, behnaz farahi links fashion with the poetic dance of light and human movement. using an interactive lighting system, the garment amplifies the aethetics of human movement, creating an illuminated choreography of the body. 3D-printed from non-flexible material, farahi pushes the boundaries of geometry in material engineering with her wearable structure. 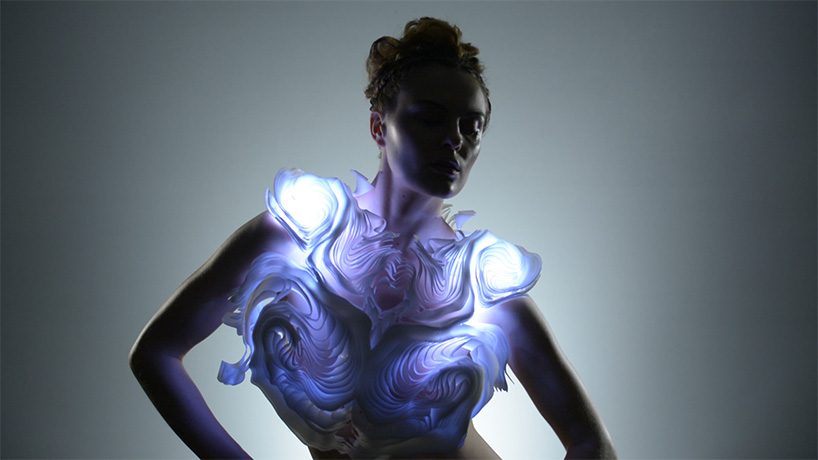 farahi has developed bodyscape based on the langer lines of the skin–the topological paths of skin tension, first discovered in 1861 by the anatomist karl langer. langer lines are the lines of least tension that correspond to the natural orientation of collagen fibers in the dermis of the skin, which are generally parallel to the orientation of the underlying muscle fibers. 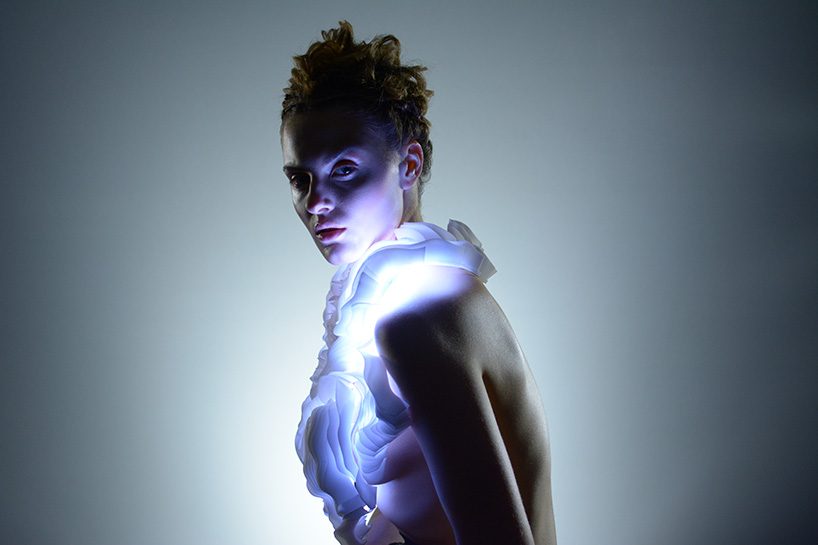 by combining the principles of the 2D spiral as a naturally flexible form and the logic of langer lines, farahi produced a flexible garment that moves in harmony with the human body. if the 3D printed materials are rigid and fragile but mapped to the least tension lines of skin, the maximum force will be added on the perpendicular direction allowing the parallel lines to flex with the movement of the body. to further emphasize the movement, the garment is fitted with an LED kughting system, and a snall gyroscope. as a result various lighting patterns emerge according to the forces being exerted by the body as it dances its way through space. 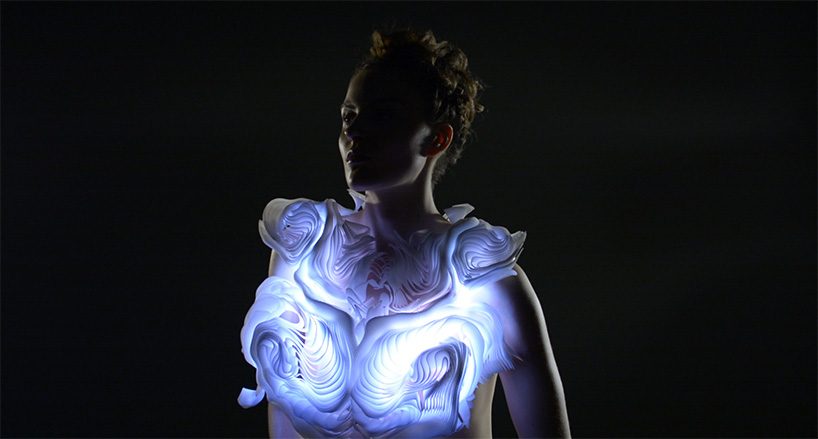 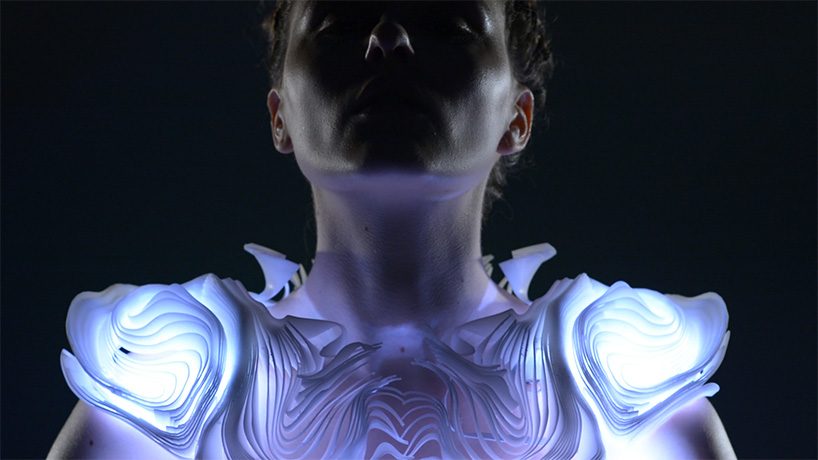 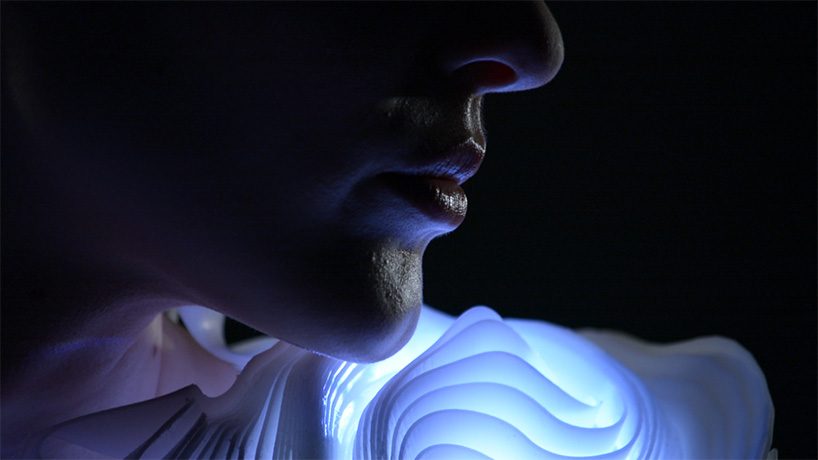 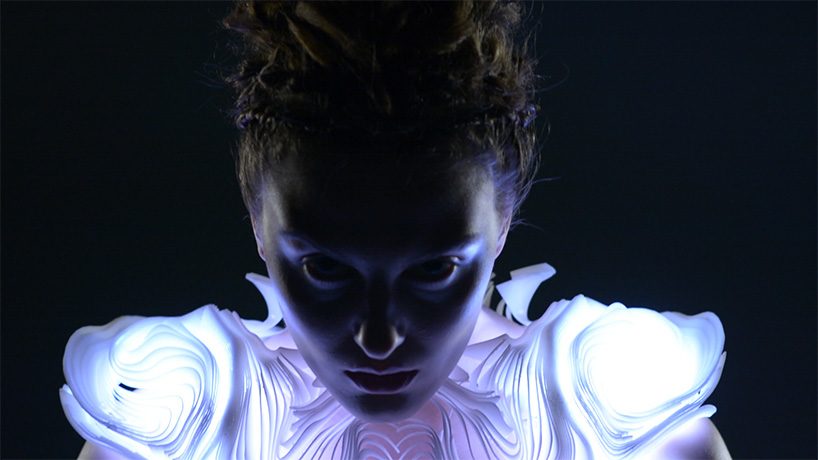 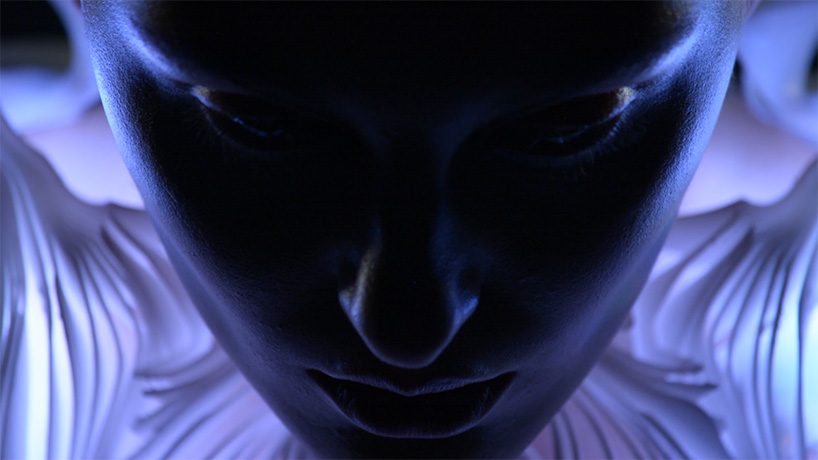 the wearable garden vest grows crops nourished by your own waste