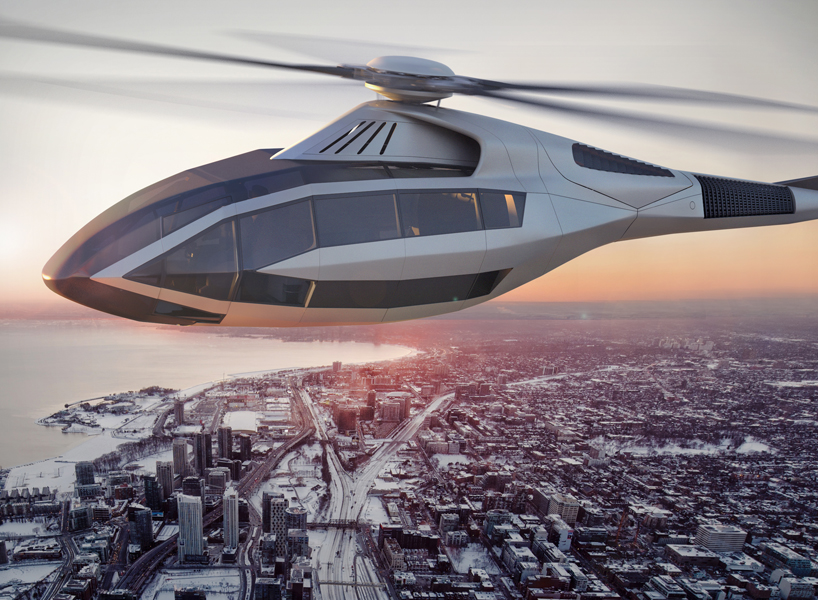 bell helicopter company unveils its vision for the future of rotorcraft – the ‘FCX 001’. this the is american company’s first concept aircraft and presents a 3D roadmap for taking safer, smarter and more efficient flights. the helicopter concept features morphing rotor blades that can change to suit different flight conditions, an airframe crafted from sustainable materials, a hybrid power system, plus an artificial intelligence co-pilot. 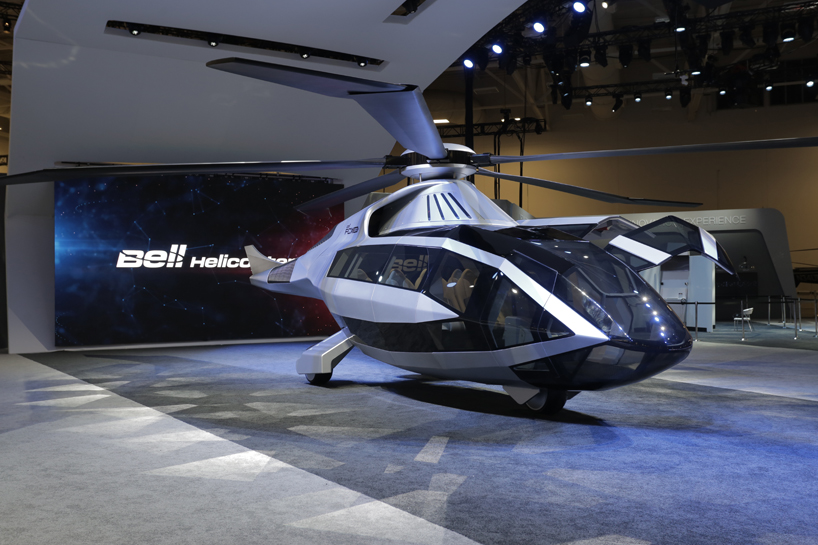 bell helicopter’s ‘FCX 001’ concept aircraft was built to address the evolving demands of flyers with technologies that revolutionize the pilot and passenger experience. on top of the helicopter, its morphing rotor blades aim to allow the tip of each blade to move between different flight systems, maximizing efficiency and performance, while reducing noise. the concept’s airframe is central to the energy management system, which harvests, stores, and distributes external energy or system energy to the helicopter. the airrame is designed with windows made from advanced sustainable materials, enhancing visibility and situational awareness. 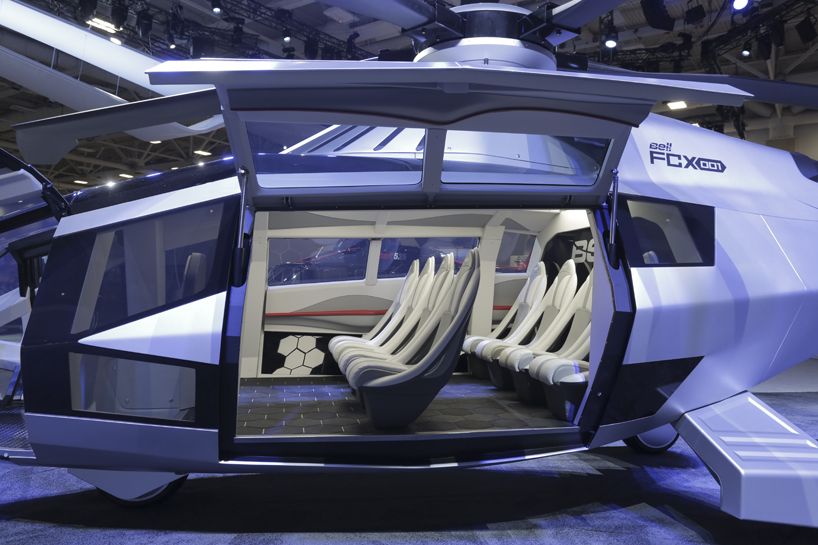 the concept’s interior features a single pilot seat with augmented reality technology, plus and an AI computer system rather than a co-pilot. this allows the aircraft to be optionally piloted, allowing the pilot to take the back seat. the american company firmly believes that this is a the next step on the path to fully autonomous, unpiloted aircraft. 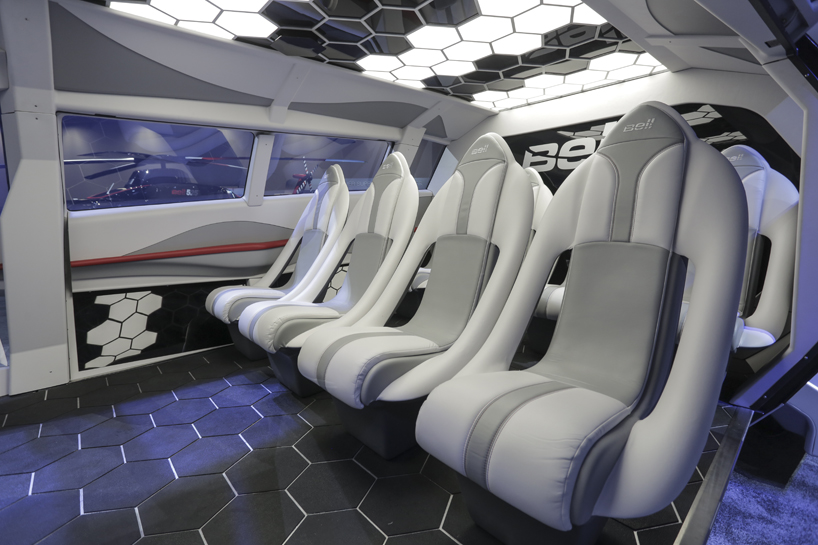 a modular flooring system lets people customize the seat layout, or remove unnecessary seats room for cargo in stead. the color and brightness of the overhead LED lighting can also be customized, while augmented reality enables advanced infotainment features such as allowing passengers to make video conferences, telephone calls, or even share documents. 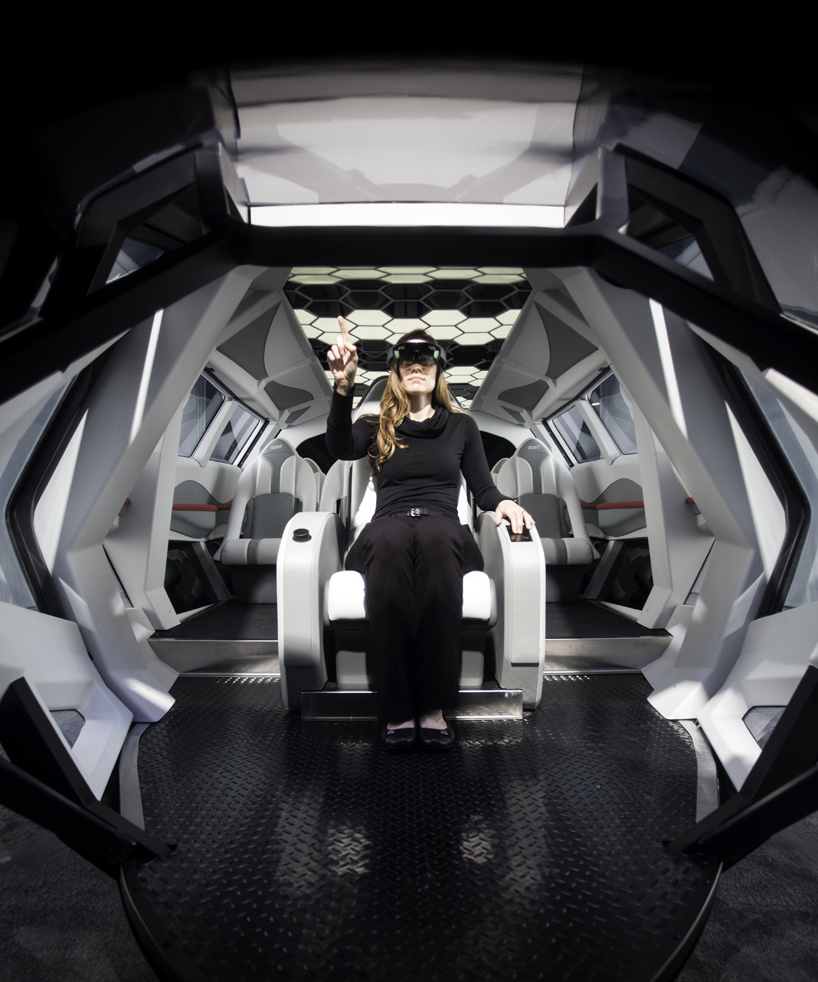 ‘for the past 80 years, bell helicopter has imagined the art of the possible and brought those dreams to life,’ comments president and CEO mitch snyder.  he continues, ‘being a pioneer in the aircraft industry is in our DNA and we want to share this renewed passion with the world. the FCX 001 points the way for our future – a renewed focus on innovative solutions and technologies. when the time is right we look forward to sharing more of what we’re doing behind closed doors.’ 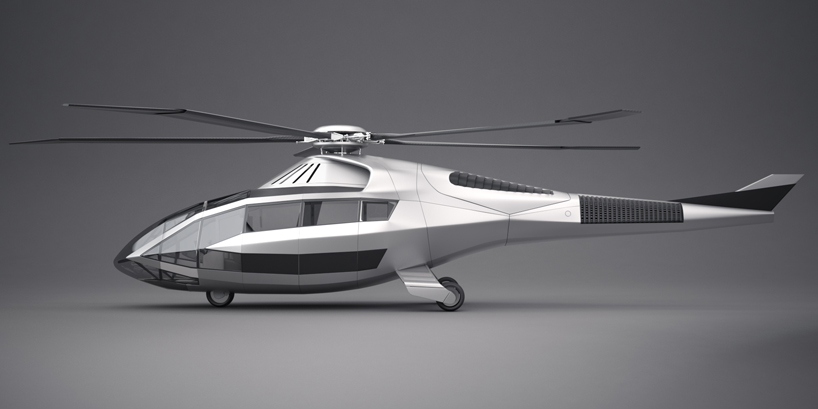 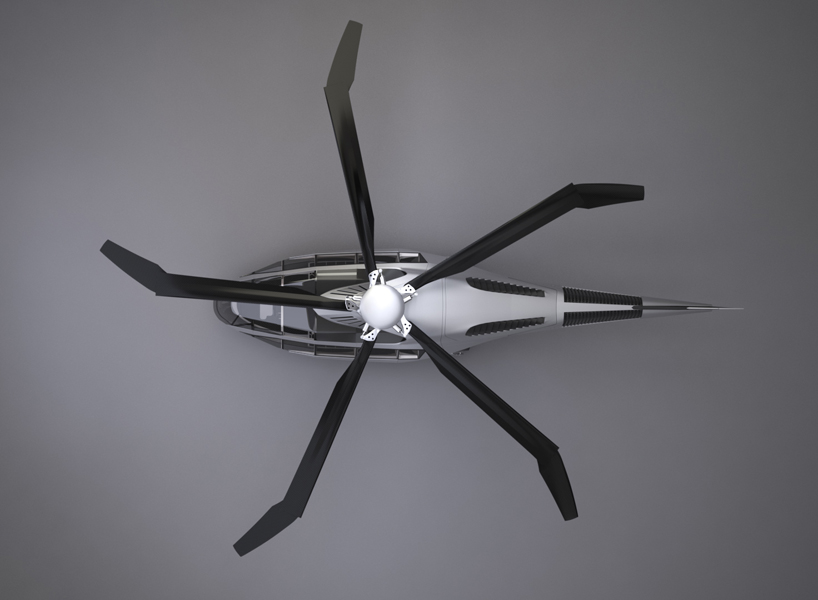 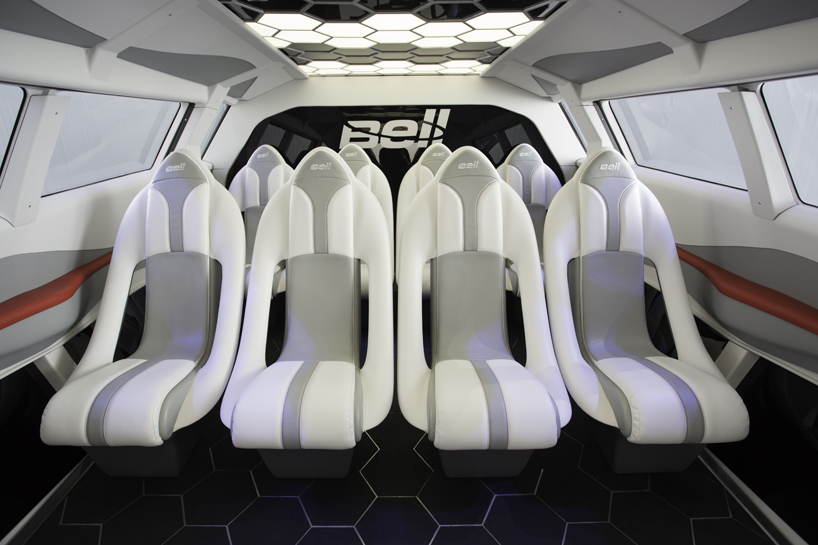 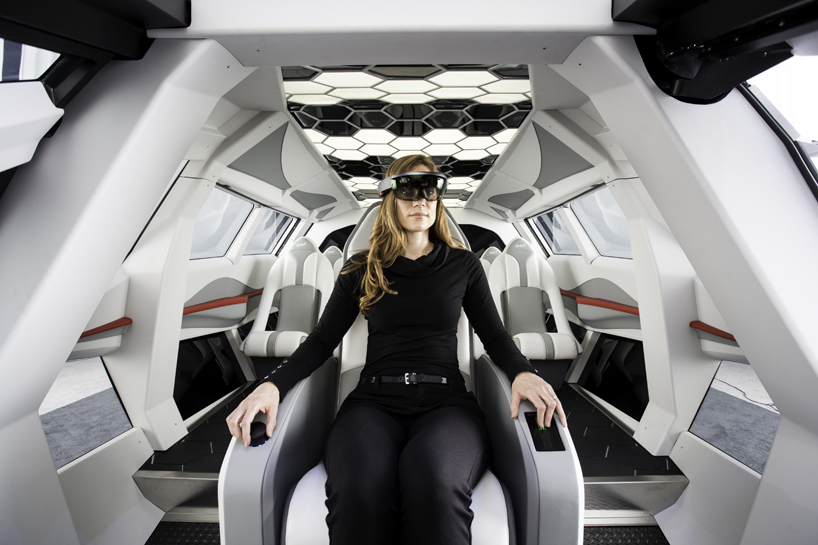