yellow, red and blue are the colors needed for the experiment image © designboom

cromotime is a real-time experiment which is currently part of the parallel events of experimentadesign lisboa 2009. designed by bellisimo, the experimental trial is aimed at sharing ‘harmonious time’ based on the analysis of user’s(free agents) movements in connection with sound and visuals which are triggered in real time by their actions.

six webcams, three water tanks and three metronomes are required for the experiment. a user stands on a designated pad with a camera overhead which detects the person’s movements. depending on how they move, the clicks of a metronome will follow their pace, expressing their motions as a visual of time and rhythm through waves in each ‘tank’. the result is harmonic sounds, a response to the rhythmic movements of those individuals participating – the harmony between their own movements, reflected by sound and images. 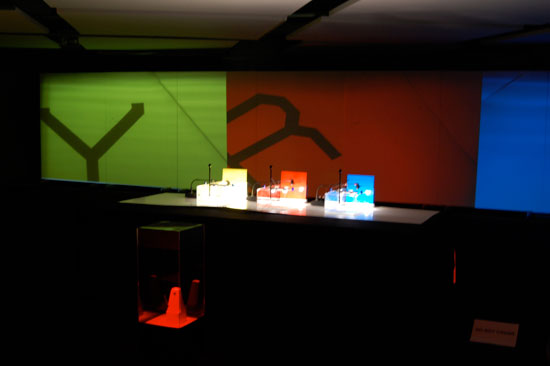 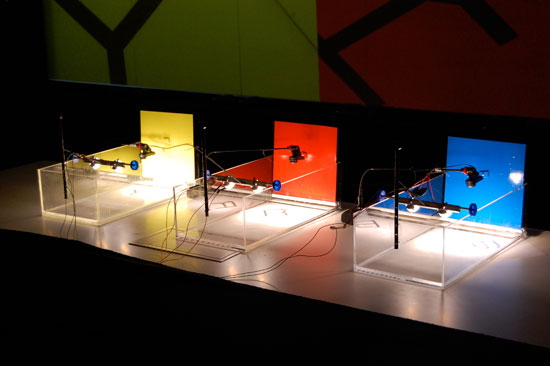 the movements of various individuals, triggers waves within the tubs which allow you to visualize time image © designboom 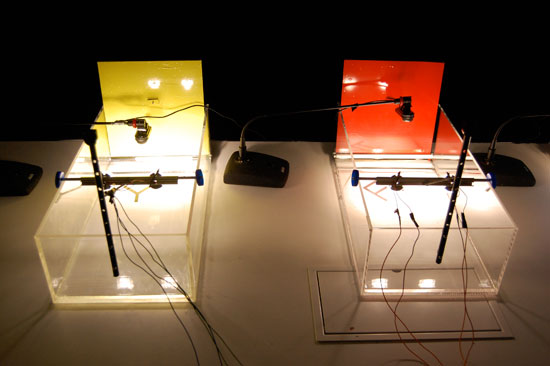 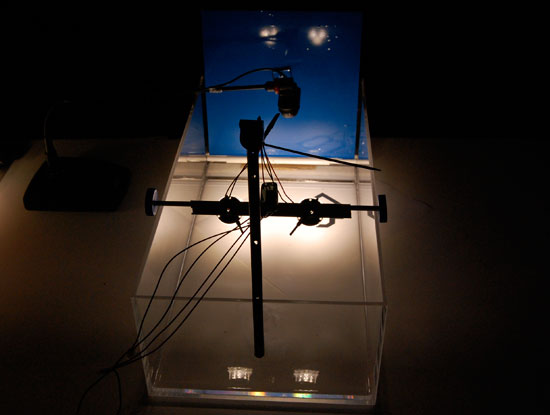 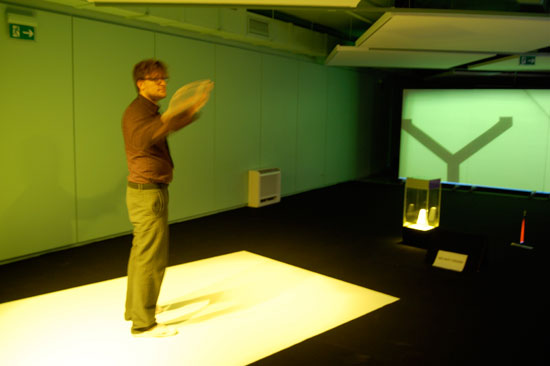 a user stands on a designated colored pad in which he begins to dance, activating a metronome and generating rhythm and sound image © designboom 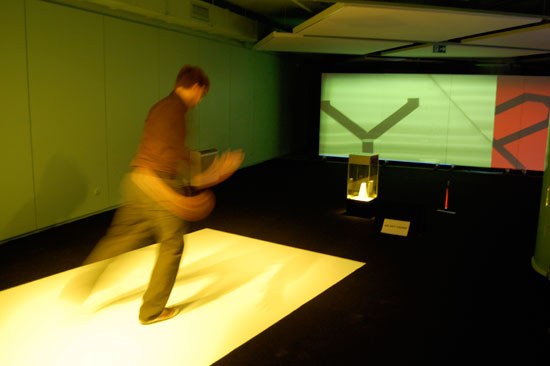 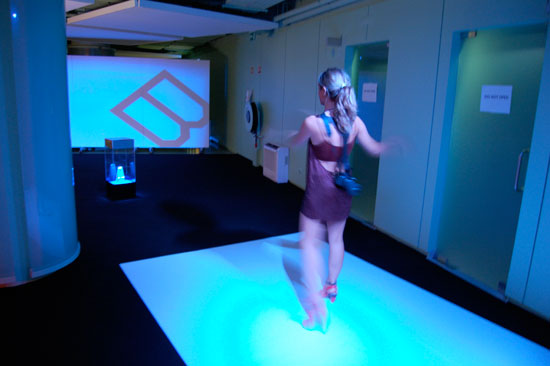 an individual occupies the blue section simultaneously with red and yellow sections, producing a visual and sound experience image © designboom 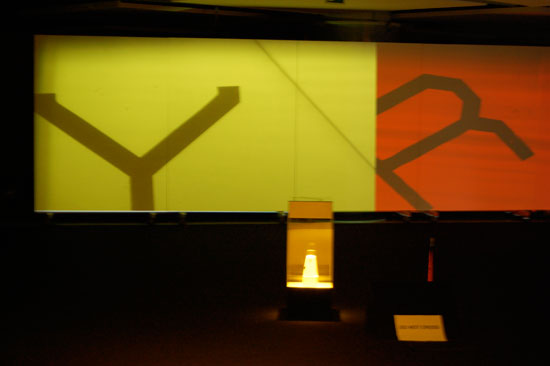 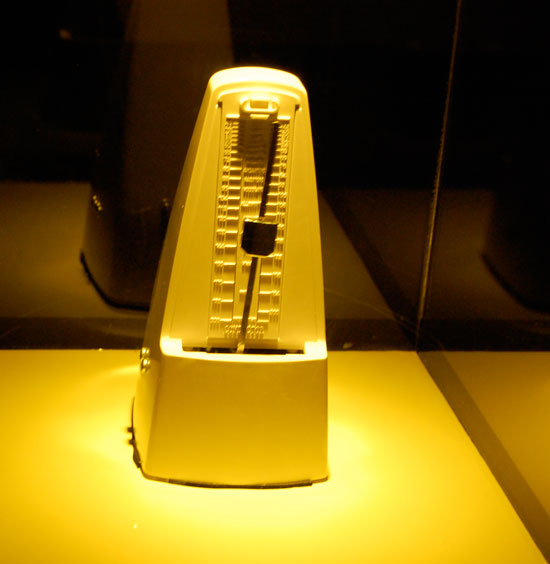 there is a yellow, red and blue metronome, each reacting to a person’s actions image © designboom 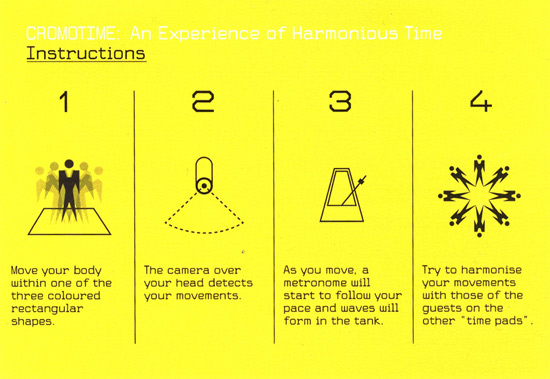 instructions on how to experience cromotime 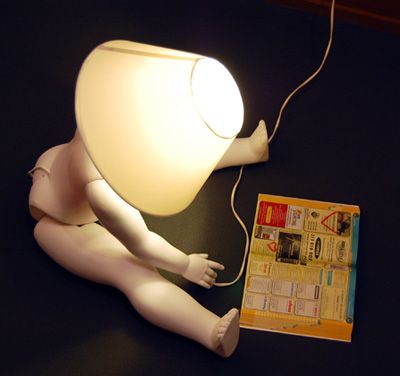 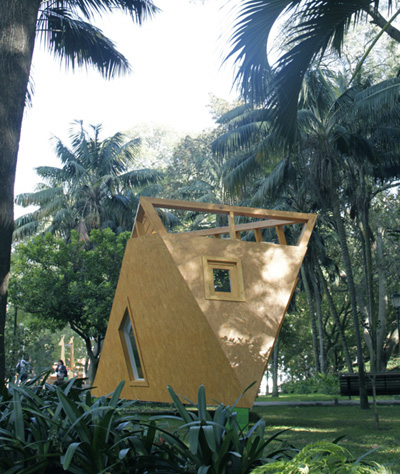 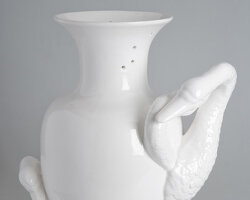 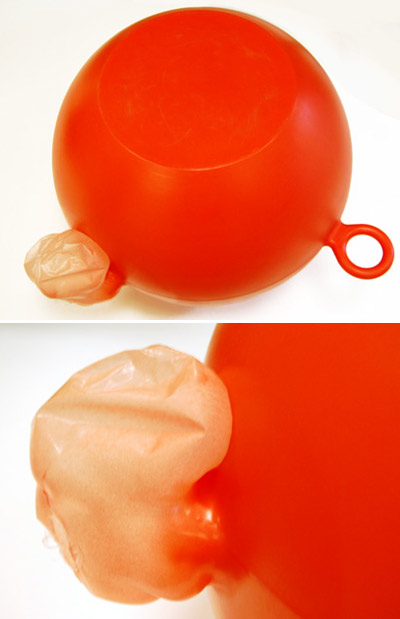 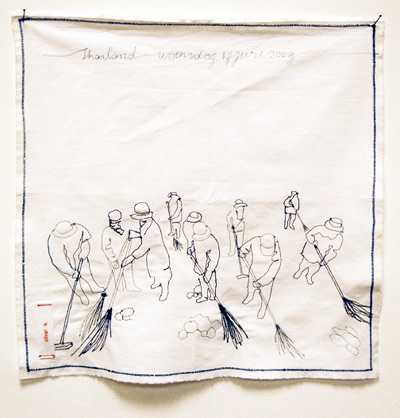