image: © tony kyriacou / rex featuresdesign student kevin scott designed this unusual bending bike that not only folds up tightly but can be used to locks itself up. the de montfort university industrial design student designed the bike to make its safer and easier to lock up your bike in the city. his design looks like a normal bike when in riding mode, but a simple level on the frame triggers the frame to go from rigid to pliable. a ratchet system built into the frame enables the bike to simple be bent around a pole fitting one side of the handle bar into a closure under the seat, locking the bike in place. the design just won runner-up for the business design centre new designer of the year award at new designers. scott will be using his prize money to further develop the bike, building more iterations for a full testing of its viability. 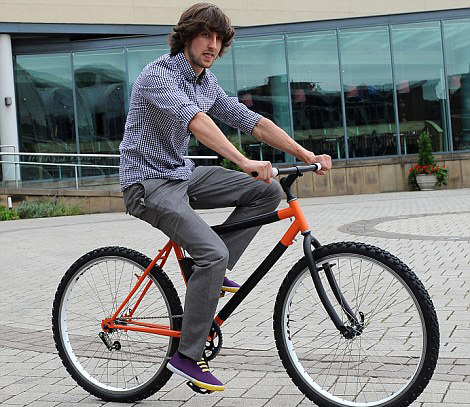 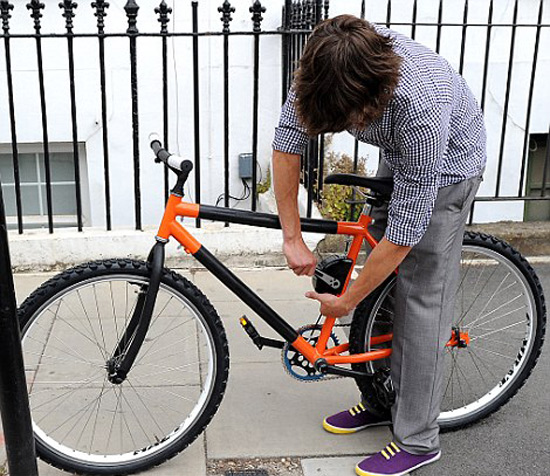