the ‘interactive robotic painting machine‘ by american artist benjamin grosser creates paintings in response to its aural environment, in a project that investigates the intersections of technology, consciousness, art, and interaction in today’s increasingly technologically mediated society.

during a performance, sound is captured via a microphone and subjected to fourier analysis to be broken down into useful data for the machine. this information is fed into a genetic algorithm that makes decisions about the painting process, altering the robot’s behaviour in realtime. the functional building blocks of the project are painting ‘gestures’, broken down into data such as the amount of pressure to be used in a brush stroke to the amount of paint to add to the brush.

three networked computers manage the painting system the first runs the central control software, written in python, that begins each painting with a randomly selected set of painting gestures and takes audio data as input over the course of the painting. a second manages the brush camera and projection, and performs the audio analysis whose data is sent as input to the first machine. the third computer manipulates the robot itself, accepting movement commands from the control system and activating stepper motors correspondingly.

the genetic decision-making algorithm behind ‘interactive robotic painting machine’ means that the painting is not a direct mapping of what it hears, and that in fact in the presence of the same sound, would likely create two similar but not identical works.

exhibition footage of the machine at work, painting using the sound of its painting process as input 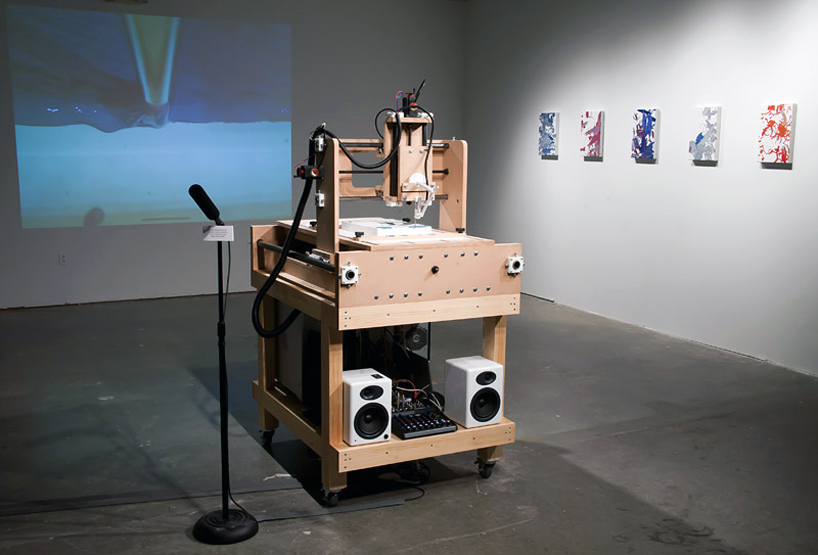 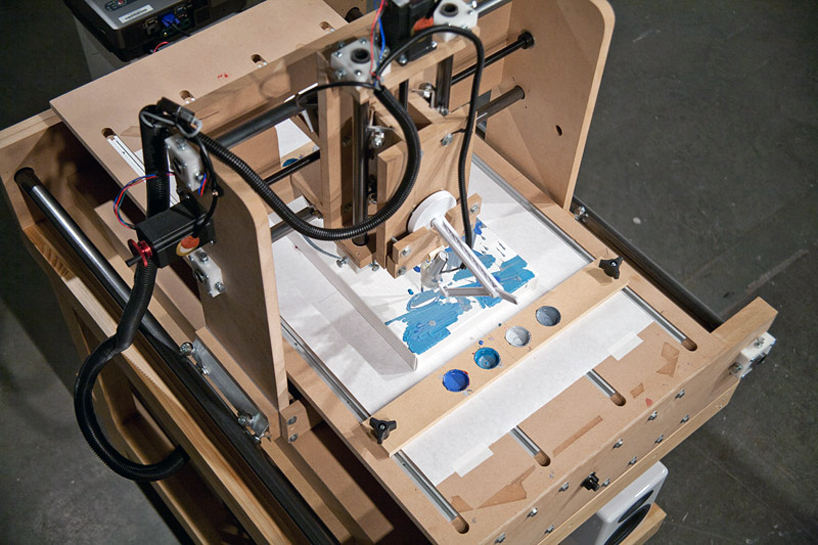 aerial view of the machine in use 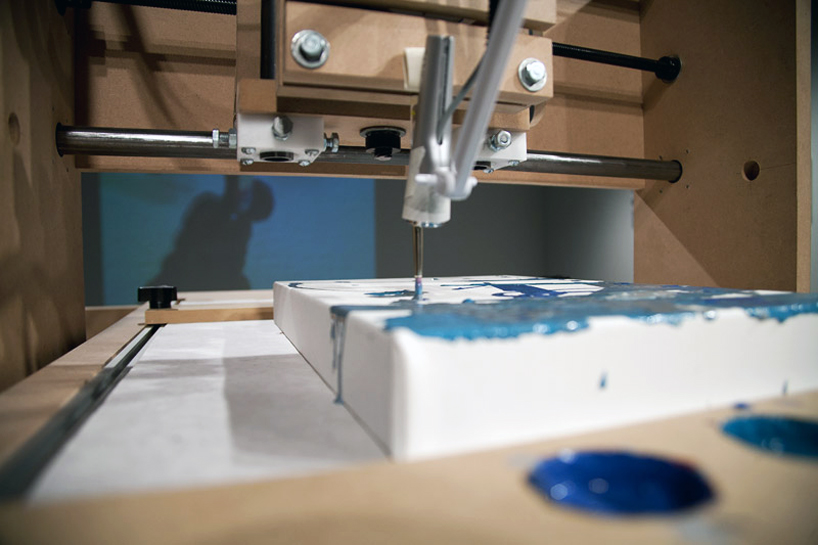 detail of the painting process

‘does an art-making machine of my design make work for me or for itself? how does machine vision differ from human vision, and is that difference visible in its output? is my own consciousness reinforced by the system or does it become lost within? in other words, it this machine alive, with agency as yet another piece of the technium, or is it our own anthropomorphization of the system that makes us think about it in these ways?

what I’ve built to consider these questions is an interactive robotic painting machine that uses artificial intelligence to paint its own body of work and to make its own decisions. while doing so, it listens to its environment and considers what it hears as input into the painting process. in the absence of someone or something else making sound in its presence, the machine, like many artists, listens to itself. but when it does hear others, it changes what it does just as we subtly (or not so subtly) are influenced by what others tell us.‘ 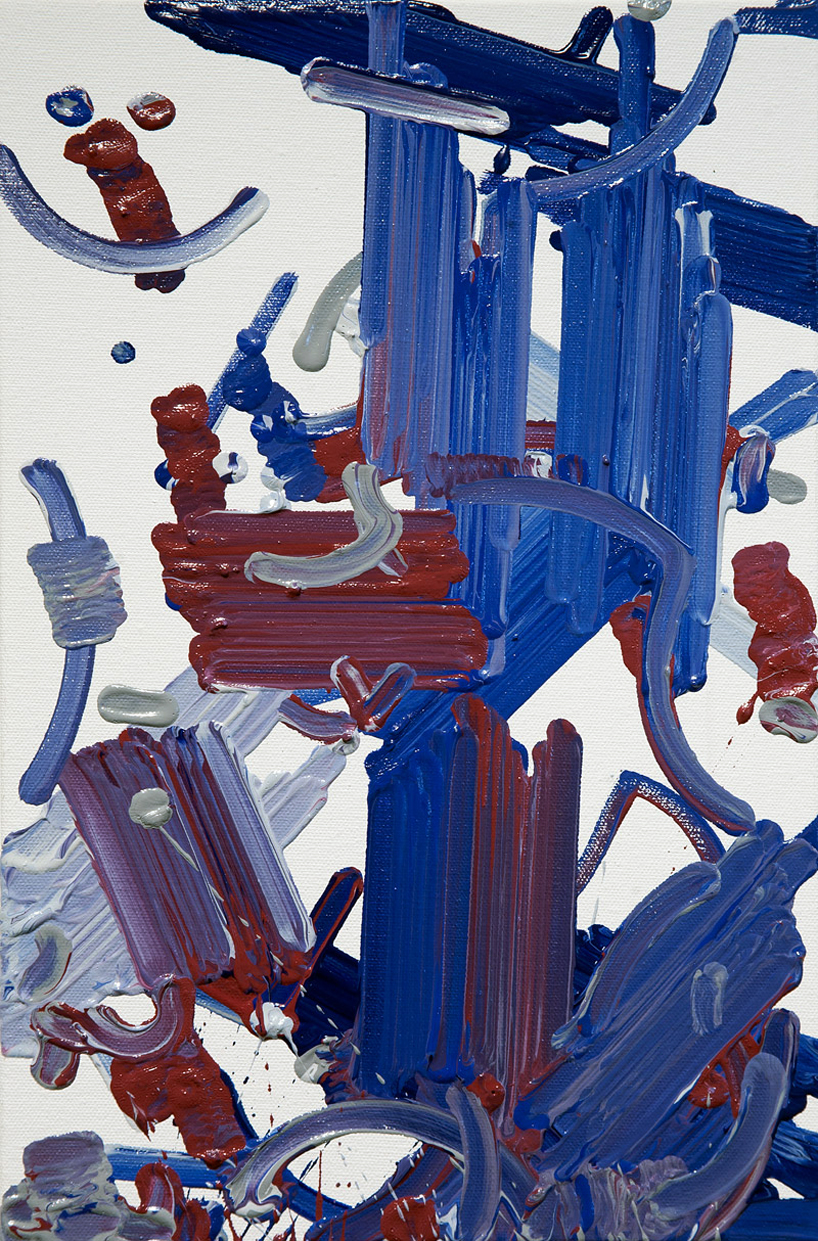 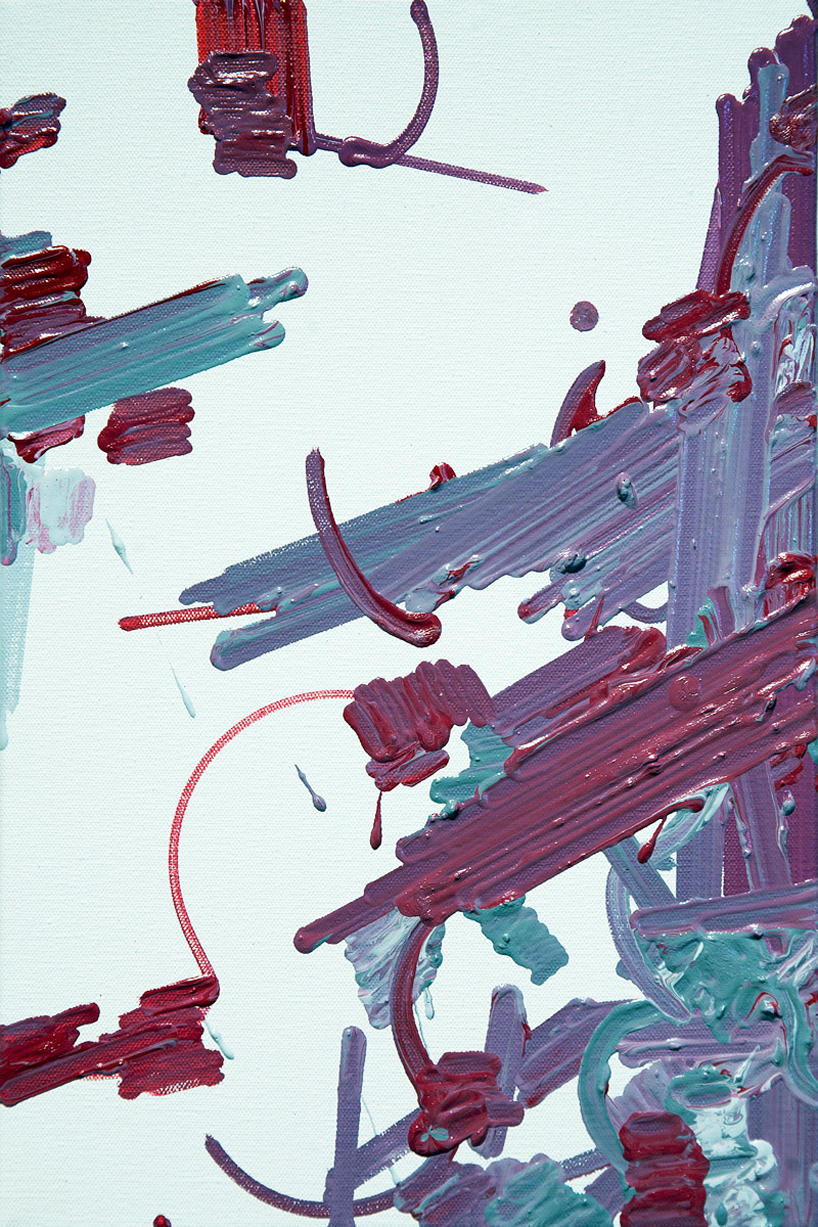 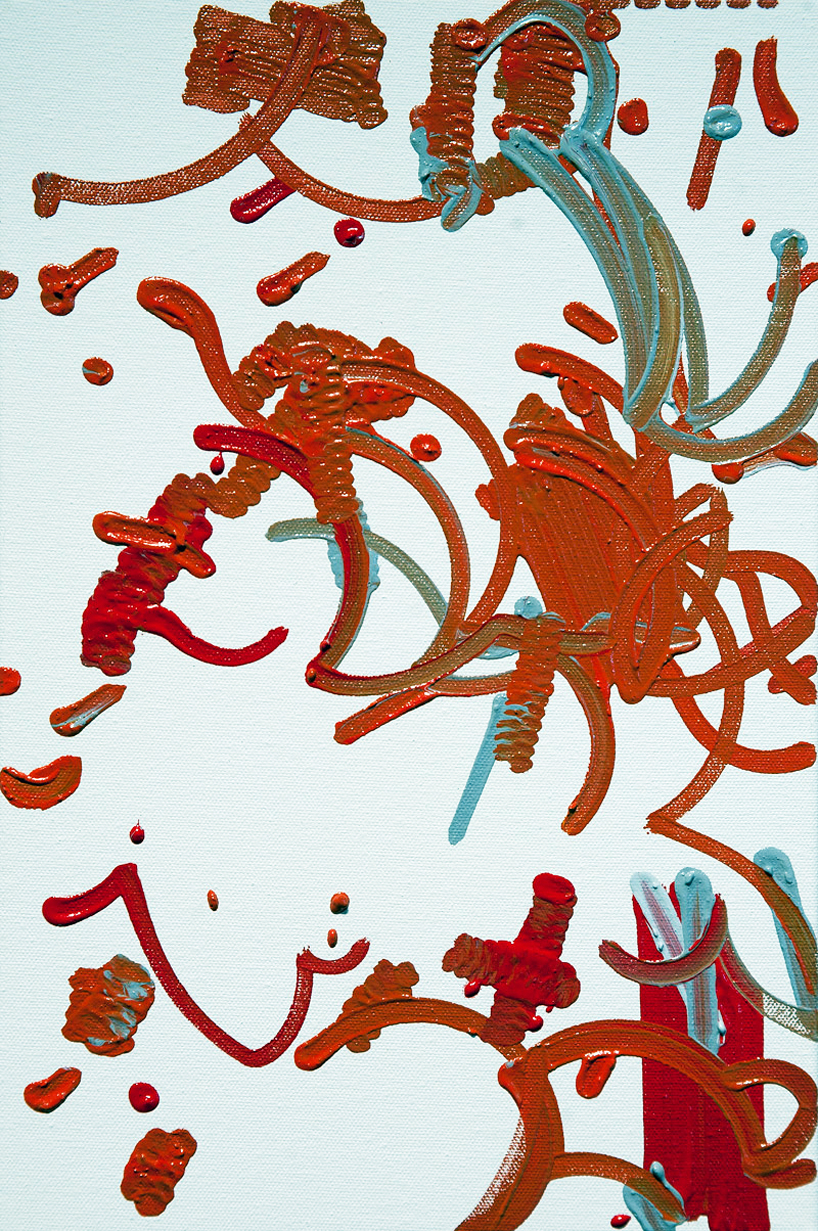 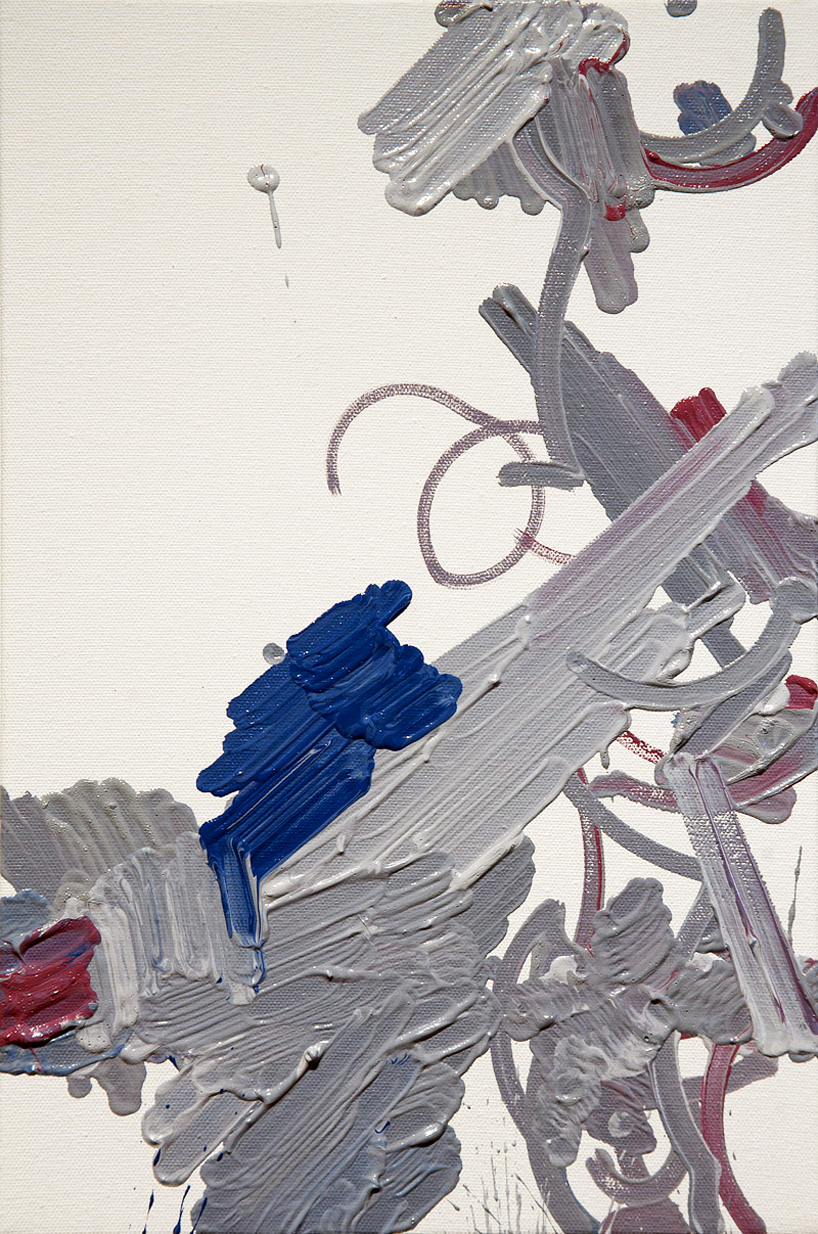 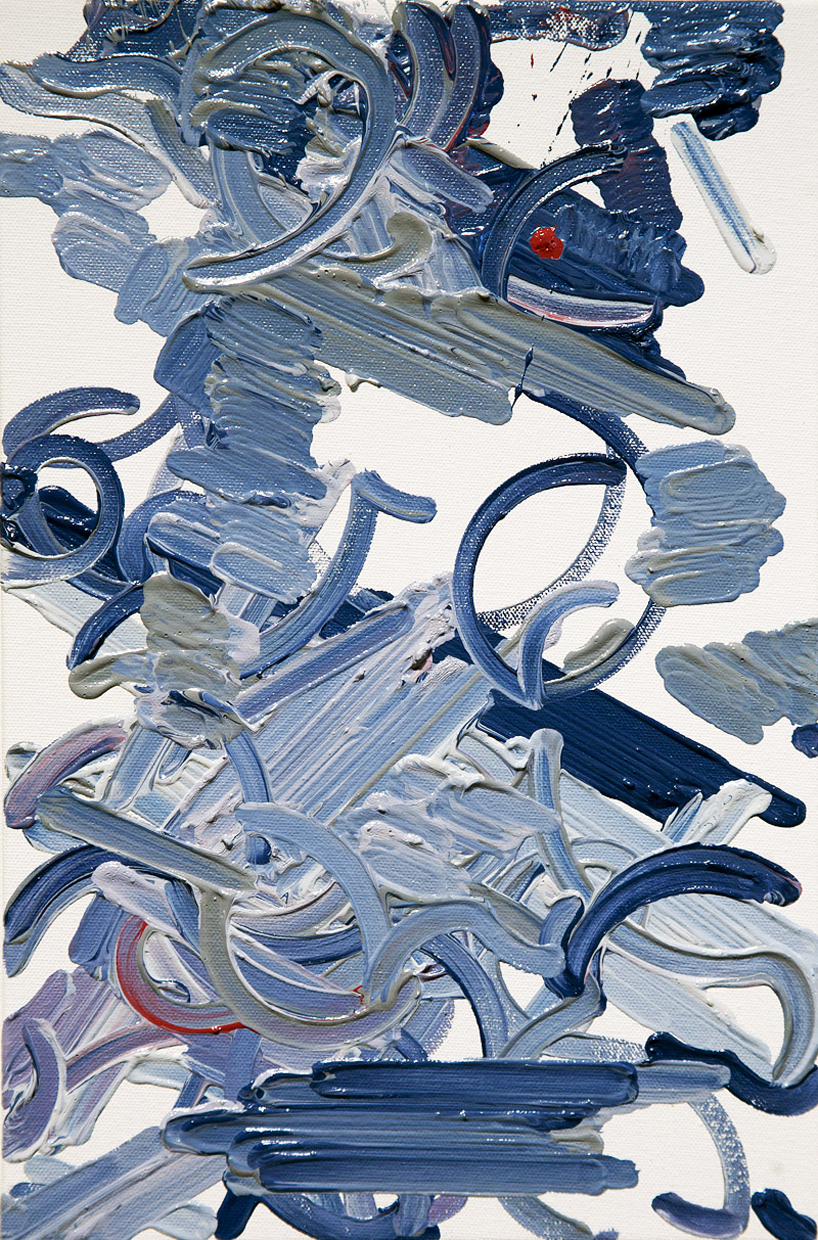 in the ‘head swap’ performance, the machine collaborates with violinist benjamin sung (playing music composed by zack browning). via projection, sung watches the machine as it paints, taking what he sees as guidance for his performance, while the machine uses what it hears to determine what it paints. ‘interactive robotic painting machine’ also functions as a musical instrument itself, with its mechanical sounds feeding back into the piece.

time-lapse video of the machine at work

Jun 17, 2020
RoboCut, a robot that can sculpt styrofoam like an artist

Sep 08, 2020
virgil abloh and mercedes-benz remix the G-class as a race car for project geländewagen
the design lays its construction methods bare, and celebrates the handcrafted imperfections that make it unique.
technology
0 shares
connections: +1500