this is perhaps the most bare-bones motorcycle–with no bodywork; a tiny tank; and the slightest of seats. for once, roadworthiness doesn’t matter. built by the berlin-based workshop berham customs, this exoskeletal motorcycle came out as the winner of the glemseck 101 festival, taking home the coveted ‘sprint’ international trophy. just sixteen builders were invited to race in glemseck’s famous ‘poets of sprint’ series. when berham customs owner, martien delfgaauw, received his invitation, he knew exactly where to start the build: with a genuine 1984 harris frame. 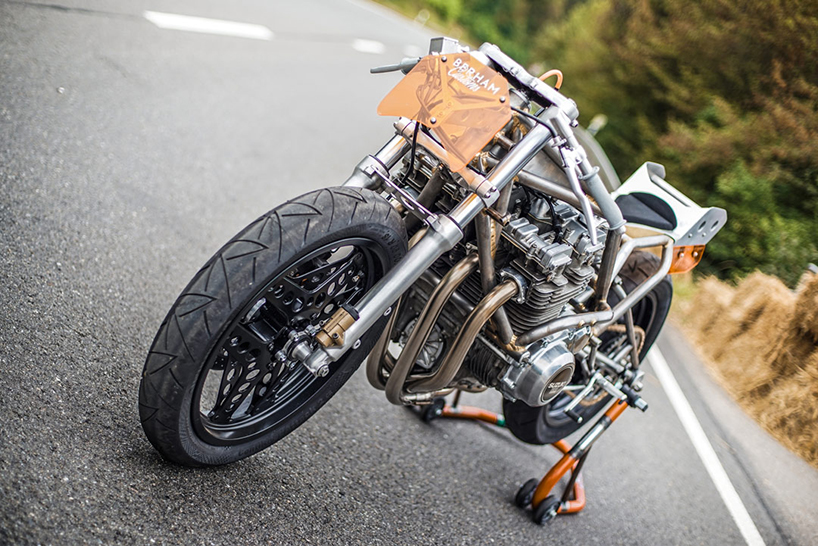 after the red powder coat was taken off, the manganese welded seams showed their beautiful brazen shine. the design concept became obvious: let the harris frame shine, thus the name ‘shiny harry’ was born. berham’s engine of choice was a suzuki ‘GSX1100’ mill—dating from 1981and still in great condition. so the first challenge was to build the mounts to fit in the engine. then a set of shortened suzuki ‘GSX-R750’ forks were installed; and KRT framework built a lengthened swingarm. the wheelbase and stance were now ready for the drag strip. 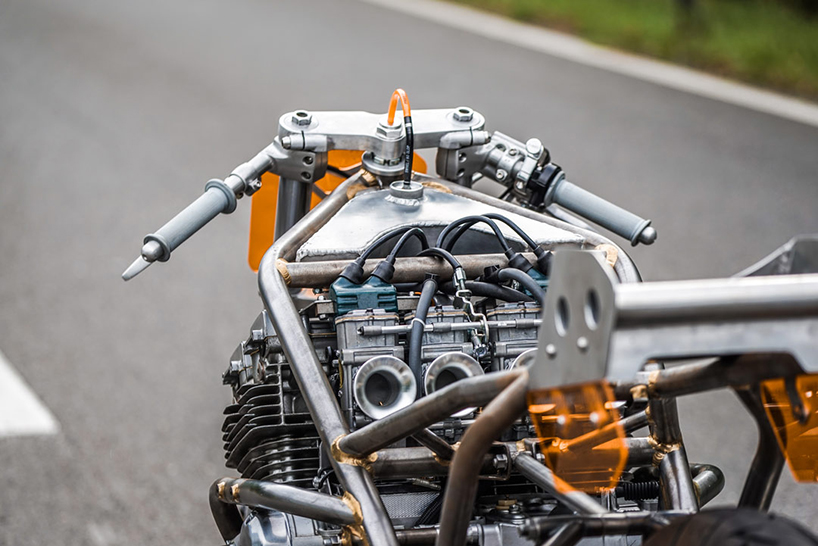 ‘little by little, we realized that we might be cannon fodder for the factory teams,’ comments martien. he continues, ‘however, that boosted our enthusiasm. we added working hours instead of money, and went for light weight.’

the starter motor was then binned and replaced by a pair of push bars behind the seat. a featherweight lithium-ion battery replaced the alternator. the rear shocks were swapped out for stainless steel pipes. berham even built an aluminum tank with just 1.5 liters (50 fl. oz.) capacity, and turned down all the fasteners on a lathe to save even more precious ounces. the result: a total weight of just 168 kilos (370 pounds). 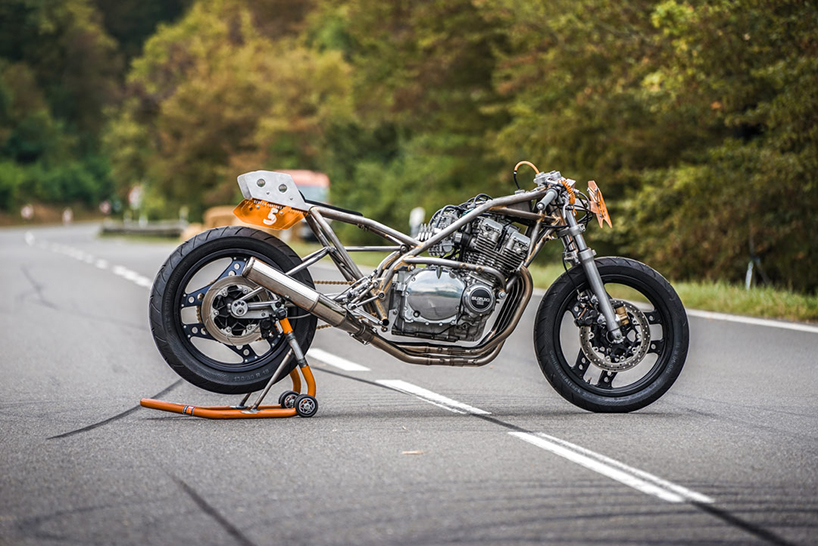 for added engine spice, a ‘GSX750’ intake camshaft was added, plus; mikuni flat side carbs; and a bespoke exhaust system. ‘we didn’t have a chance to dyno it, so we have no idea how much horsepower or torque it actually produces,’ says martien. 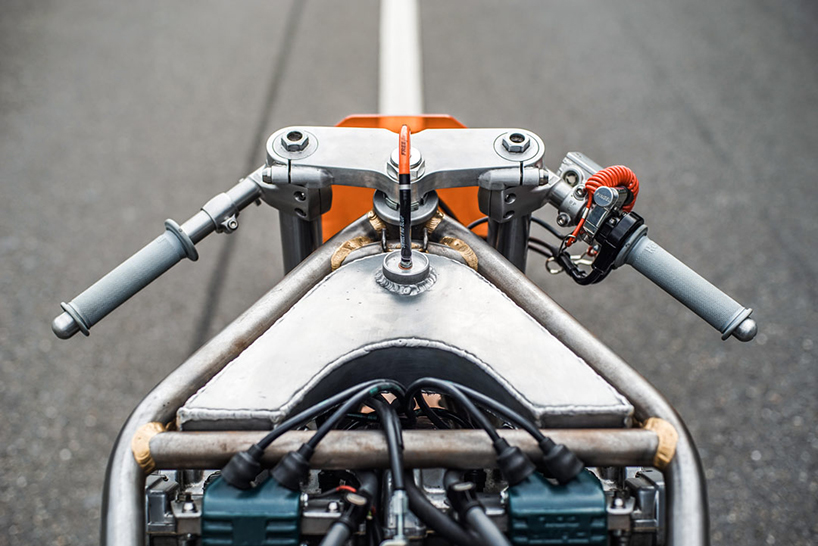 but after test rides, martien and his crew realized that their bike was very quick indeed. the final came down to ‘shiny harry’ versus the bandit 1250-based ‘fat mile’. ‘shiny harry’ passed its test with flying colors, sprinting to victory. 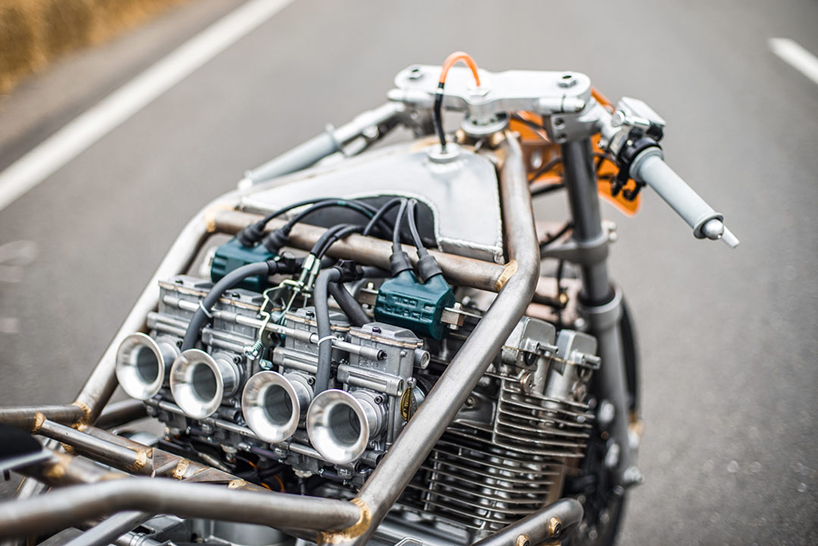