developed by japanese roboticist masahiko yamaguchi (‘dr. guero’), ‘primer v2’ is a robotic bicyclist who may be the world’s first to ride its miniature fixed gear bike in exactly the same manner as a human: cycling on the pedals, maintaining its own balance via steering, and braking by dragging his feet along the ground. in these attributes, ‘primer v2’ advances beyond the ‘murata boy’ robot (covered in this designboom article), who could ride a bicycle but was affixed to the pedals and handlebars. ‘primer v2’ was demoed at the 2011 iRex international robot exhibition in tokyo.

yamaguchi utilized a mass produced two-legged robot which he modified with special joints. a gyroscope records the tilt of the robot’s body, which is then used to calculate how far to turn the handlebars in order to remain balanced. a backpack worn by ‘primer v2’ contains a control unit assembled by yamaguchi himself to ensure high processing speed.

designed as an exploration of the possibility of technology to mimic human skills, the project interestingly draws attention to the complexity of the mental processes involved in what we find to be relatively simple actions. for example, although we think nothing of lowering our feet in order to manually stop a bicycle, in reality in order to brake properly, the angle between the ground and the leg and hip as well as the current velocity must all be taken into account.

the robot goes on a test drive outside

at present, the robot’s direction is controlled via remote control, but yamaguchi notes:

‘I’m interested in artificial intelligence, and in that context, I think intelligence and skills have equal value. my purpose in creating this robot was to pursue intelligence from the skills side [… but in the future] I’d like to link this robot’s skill to its intelligence. I personally don’t like using a remote control for the robot. I’d like to make the robot intelligent enough to ride by itself. this system is the first step toward doing that.‘ 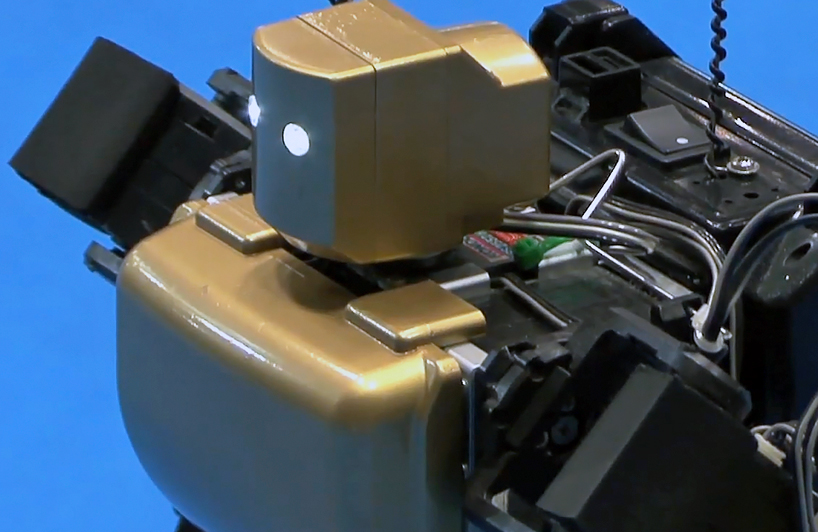 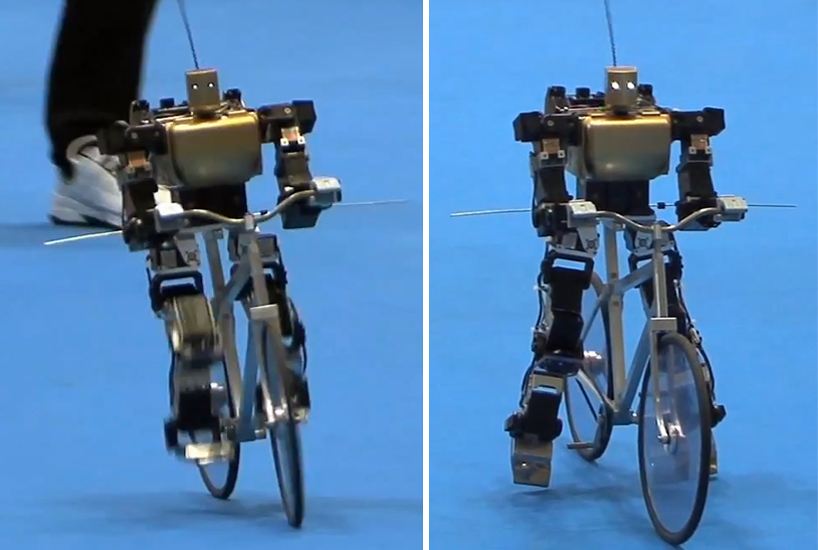 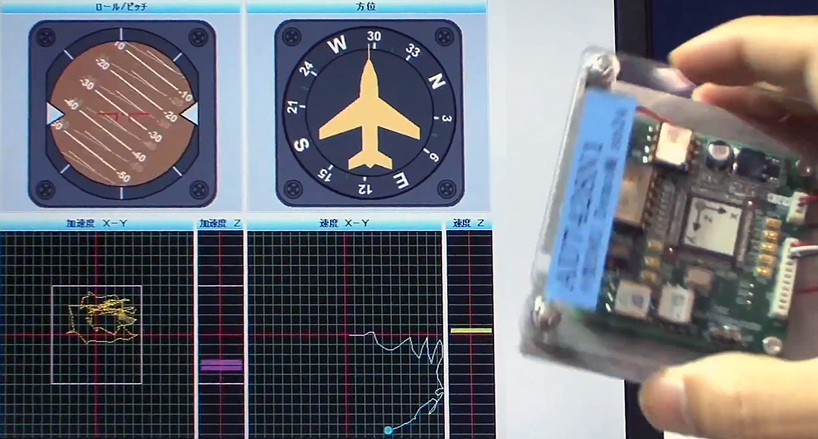 screenshot of the directional and tilt sensor output; the wireless remote controls the direction that ‘primer v2’ rides