coloradan les baugh, made history at the johns hopkins university applied physics laboratory (APL) when he became the first bilateral shoulder-level amputee to wear and simultaneously control two ‘modular prosthetic limbs’. 40 years after he lost both arms in an electrical accident, baugh was able to operate the bionic biceps by thinking of the movement and then performing tasks. before he was capable to complete this, he needed to undergo a surgery know as muscle reinnveration.

‘it’s a relatively new surgical procedure that reassigns nerves that once controlled the arm and the hand,’ explained johns hopkins trauma surgeon albert chi, M.D. ‘by reassigning existing nerves, we can make it possible for people who have had upper-arm amputations to control their prosthetic devices by merely thinking about the action they want to perform.’ 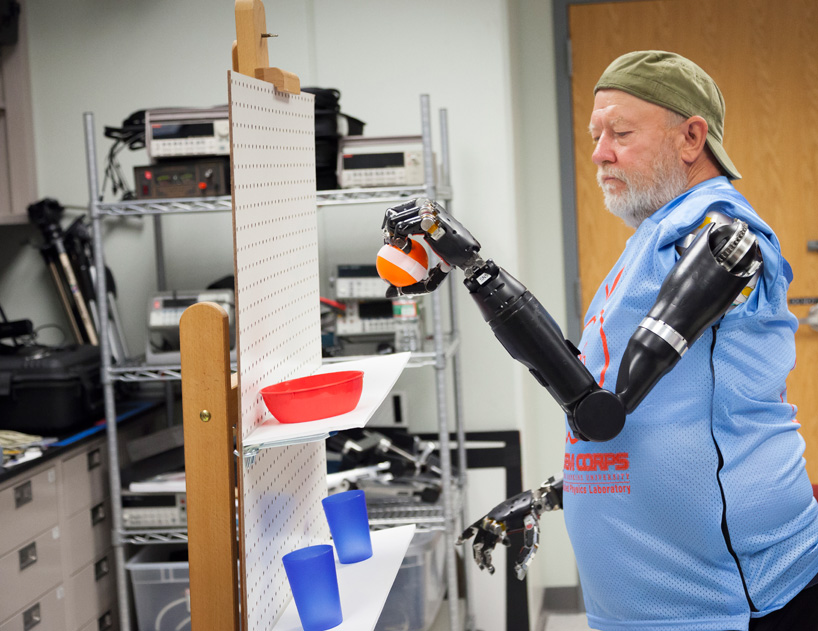 ‘this task simulated activities that may commonly be faced in a day-to-day environment at home,’ said APL’s courtney moran

after the operation, les baugh was fitted with a custom socket for his torso and shoulders that supports the prosthetic limbs and also makes the neurological connections with re-innverated nerves. with the bionic limbs, he was able to perform many activities which were ‘simple things that most people don’t think of and it’s re-available’ to him. the colorado-based man has been given a pair of limb systems to investigate how they can integrate with his everyday life. 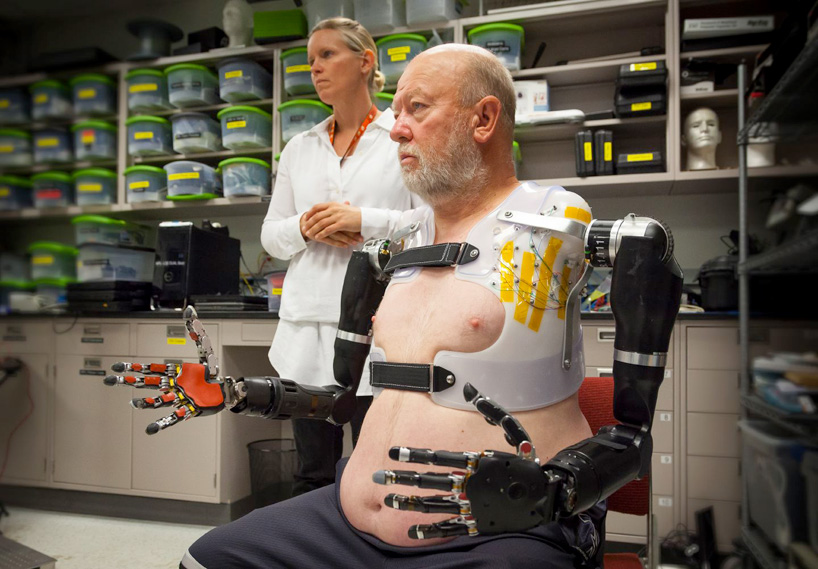 ‘we use pattern recognition algorithms to identify individual muscles that are contracting, how well they communicate with each other, and their amplitude and frequency,’ chi explained. ‘we take that information and translate that into actual movements within a prosthetic.’