st. louis, missouri based biotechnology company bioglow has developed one of the world’s first autoluminescent plants. the light producing vegetation is derived from molecular research conducted by dr. alexander krichevsky, who has been studying the biology of plants, alongside the bioluminescence of aquatic bacteria. the simultaneous investigation of these scientific areas stimulated a desire to create a cleaner and more sustainable source of light.

sure, the notion of ‘glowing plants’ isn’t new, however, previously the effect was typically achieved through the application of chemicals or UV light, in order to render temporary illumination. bioglow instead offers undergrowth that is autonomously luminescent, eliminating the need for these two additives. instead, it employs the rearrangement of DNA (known as synthetic biology) found in nature  — not unlike that of fireflies and other luminescent organisms — and is encoded into a plant at particular cellular level so that it is able to maintain a continuous visible light throughout its life cycle. together with technology entrepreneur tal eidelberg, dr. krichevsky is releasing the first bioglow prototype named ‘starlight avatar™’.  it is the goal of krichevsky and eidelberg to envision a world where instead of electric-based energies, plants illuminate our surroundings.

the ‘starlight avatar™’ derives its name from the strength of brilliance which it projects. its dim ambient glow is most appreciated within a darkened room. as the forerunner to the autoluminescent plant realm (others such as the hobbyist glowing plant project have followed in bioglow’s footsteps), it is shipped in a transparent cultivation box, grown within a nutrient-rich gel, which can be transferred to a pot and grown to the end of its life cycle which lasts approximately two to three months. the most optimal conditions in which the ‘starlight avatar™’ thrives is at a temperature of 75-80F (25-26C) and light intensity of 5,000-10,000 lux (about 1/3 of direct sunlight intensity). 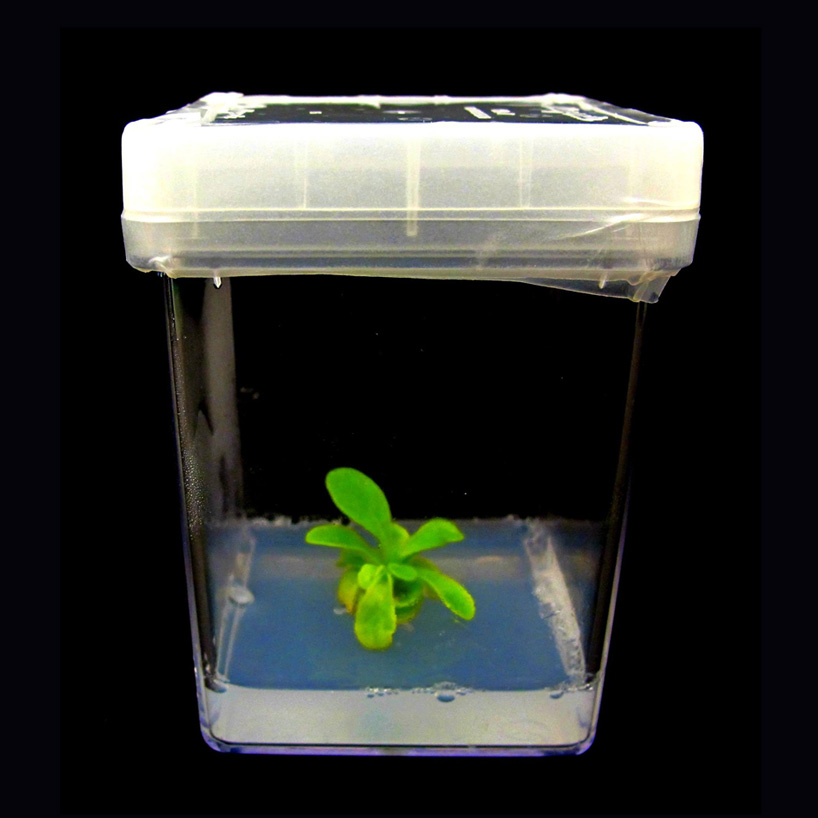 bioglow will be running an auction starting january 31st, offering a limited quantity of 20 of its autoluminescent ‘starlight avatar™’ plants to the public.