retired veteran raymond green has developed a wind turbine system that prevents birds and bats from being injured in comparison to traditional three-blade turbines. typically, high-speed spinning blades hit and knock airborne animals to the ground, in most cases killing them. by removing external components within the unit and integrating all moving parts within the interior space of a specifically designed compression cone, the conception eliminates the chance of disabling avian species in their natural environments.

by reducing larger blade elements, the 31 inch diameter turbine virtually cancels sounds, eradicating the negative associations with loud wind-farms.  weighing just under 20 kgs, the light-weight prototype considerably reduces installation, maintenance and manufacturing costs. where current  turbines are required to be mounted 400 feet high to achieve optimum power generation, the alternative system compresses wind, allowing for  the unit to be placed lower to the ground, doubling the energy output it creates. 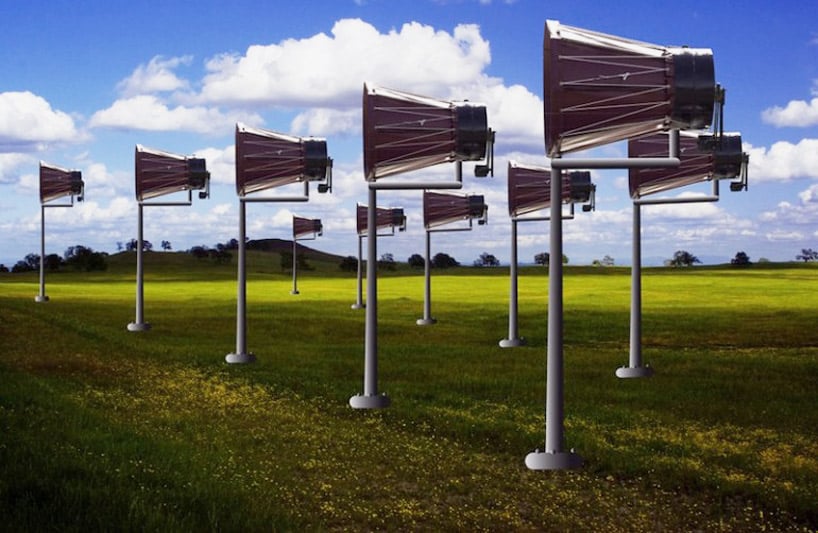 render of the turbines in a wind-farm context 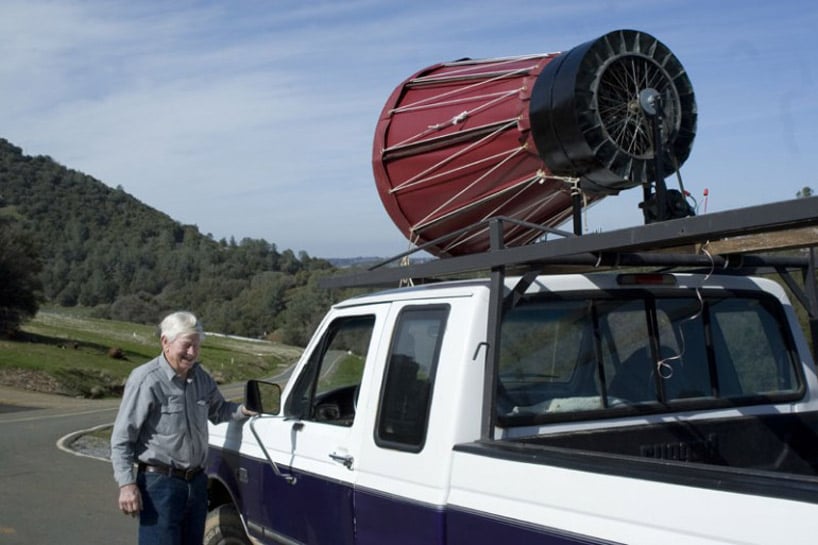 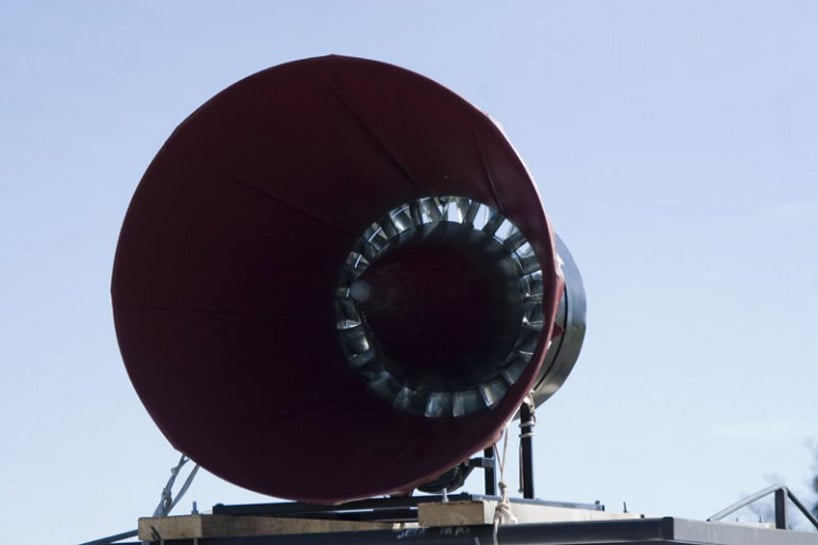 detail of the wind turbine and its compression cone