envisioned by mexican designer edgar herrera — and endowed with a red dot award — the bladeless drone solves three main problems of today’s common drones: air humming, exposed blades and wind. without exposed rotor blades, it takes advantage of the headwind and forces it through internal ducts to generate a downward flow. 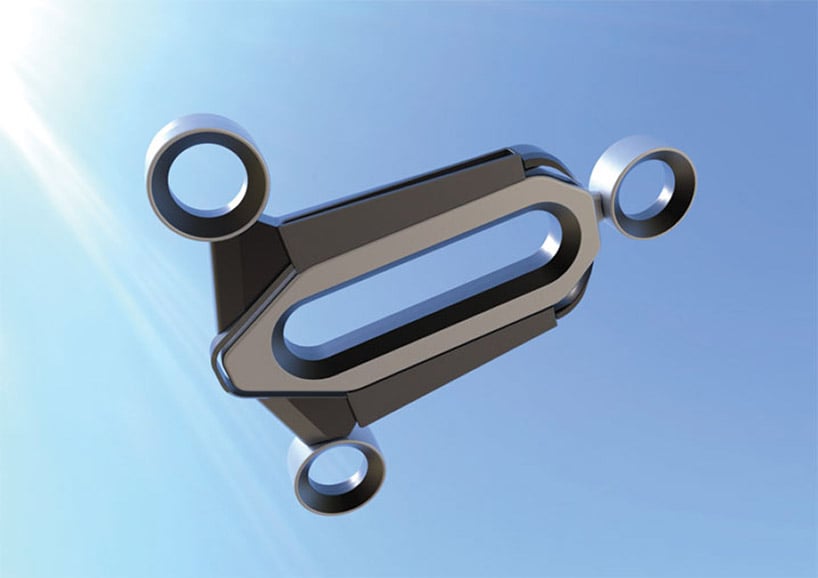 featuring four blade-less propellers, the bladeless drone by edgar herrera has been designed to take maximum advantage of aerodynamics by using shapes we find in today’s airplanes and aircrafts. the main propeller positioned in the center uses most of the ducted flow to support take-off and landing. the three other propellers define the direction. it also has four main air intake valves to extract moving air when flying. the bladeless drone takes the air and accelerates it through internal ducts and blades, forcing it through small vents generating downward flow and hence, lift. 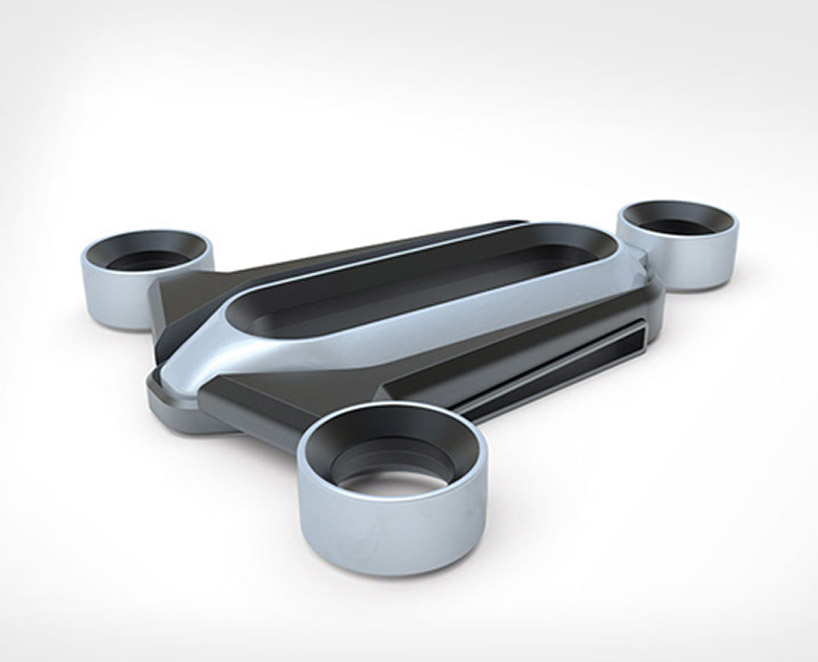 the two front propellers can rotate 20 degrees forward and backwards. the back propeller rotates 20 degrees clockwise and counterclockwise. each propeller is programed to work based on the amount of headwind received. at ground level, the propellers work at their maximum, sucking air from the four intake valves and accelerating it to take-off. during flight, depending on the strength of the headwind, the propellers regulate themselves to save energy and work with the induced wind.

overall, the bladeless drone is not only innovative in terms of functionality but its aesthetics are also very clean, making it nice to look at, be it in rest waiting for take-off, or flying high above. 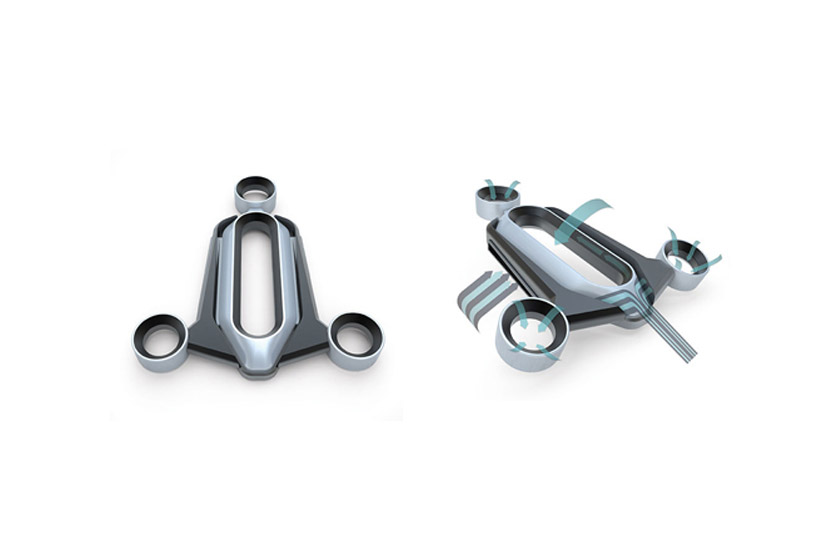 the propellers work at their maximum, sucking air from the four intake valves and accelerating it to take-off