in a quest to travel at over 1,600 km/h, a supersonic car designed to go faster than the speed of sound will break world records in the coming months. known as the ‘bloodhound SSC‘, the unique rocket and jet powered vehicle will be capable of achieving mach 1.4. the project has been designed to influence young people to pursue careers in science, technology, engineering and mathematics. consisting of a slender body approximately 14 meters in length, the ‘bloodhound SSC’ features two front wheels within the body and two rear wheels mounted externally within wheel fairings.

the car weighs over 7 tons and the rolls royce engines produce more than 135,000 horsepower, which is the equivalent to more than 6 times the power of all the formula 1 cars on a starting grid put together. fusing a mix of aircraft technology into its design, the vehicle integrates a carbon fibre monocoque at its front like a racing car and the other half of the back end with a metallic framework and panels like a fighter jet.

stay tuned as we follow coverage of the bloodhound SSC later this year. 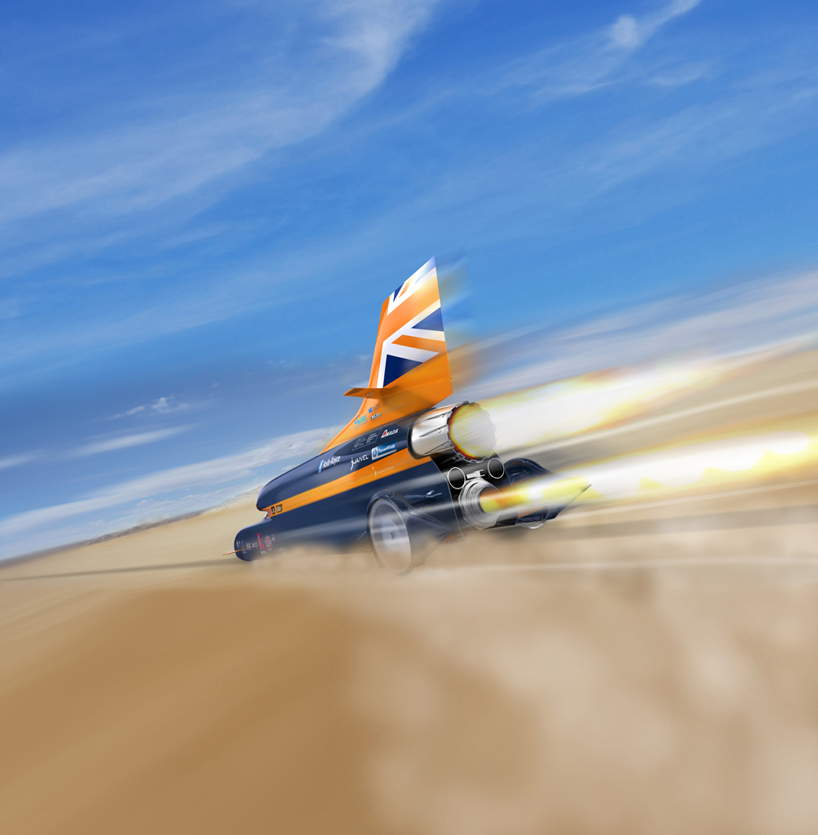 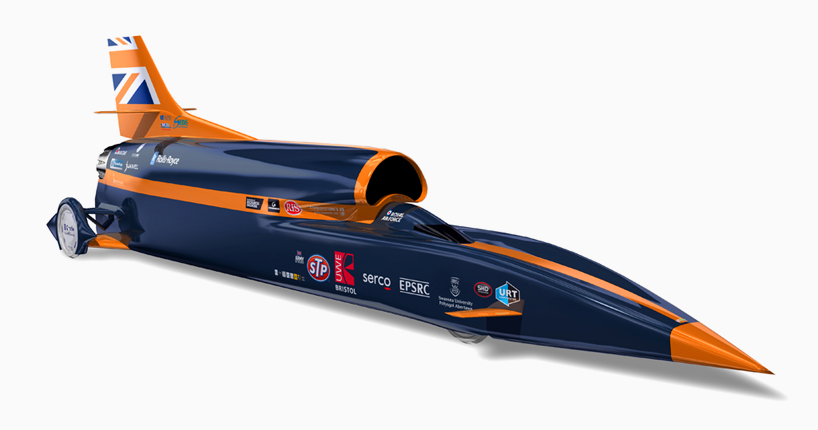 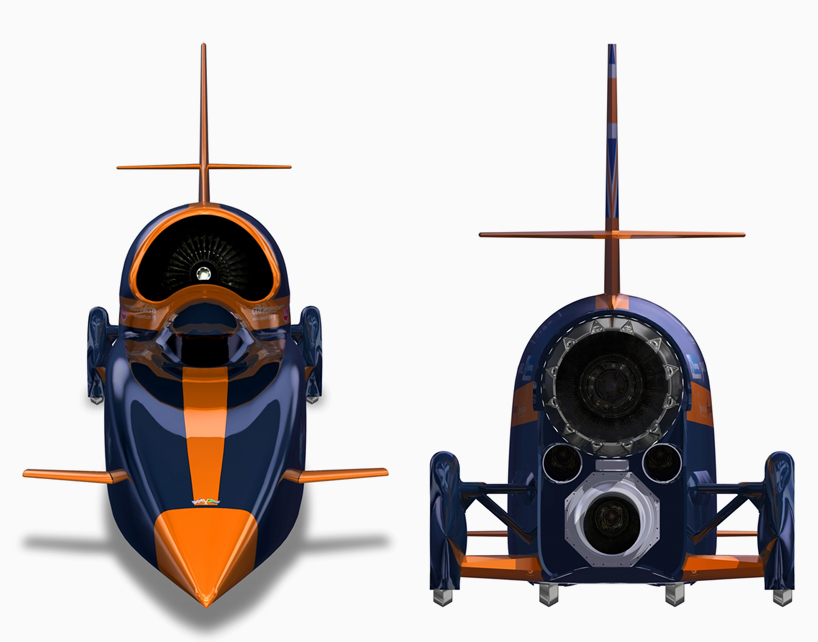