‘bloon’ lifts off from a specially crafted inflatable dome, constructed directly onto the ground. the craft is composed of a central pod with full windows, housing up to four passengers and two pilots. a chain houses communications and navigation systems, as well as emergency landing gear, and connects the ship to a large helium balloon. the balloon is the only propellant for the system: there are no chemical emissions and no engines or noise pollution.

to land, a decelerating parafoil is released above while eight inflatable ‘feet’ extend from the craft to absorb shock upon touchdown. 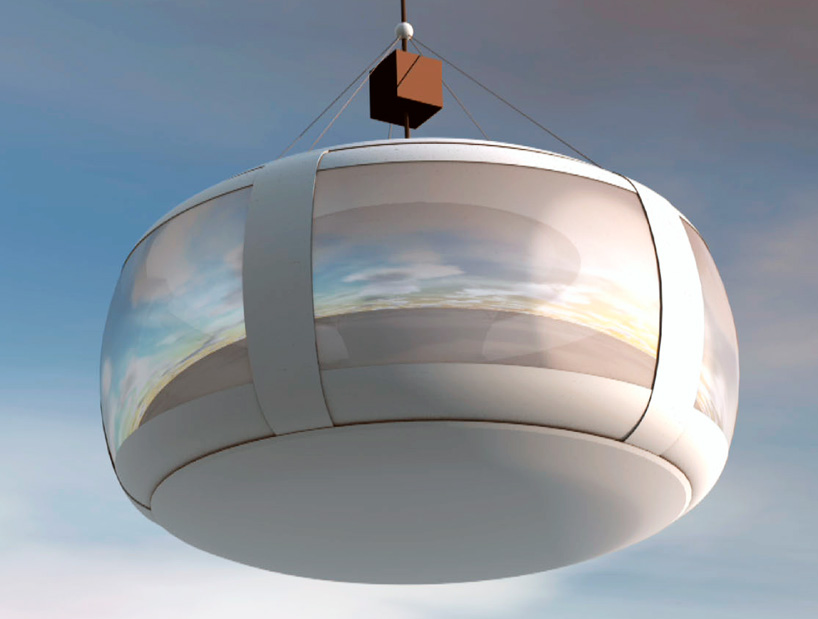 rendering of the ‘bloon’ pod

zero2infinity has successfully tested scaled prototypes to altitudes up to 33km (20.5 miles), into the earth’s stratosphere, and expects to carry human passengers to a height of 36km by 2015. the first human test flight of a scaled down ‘minibloon’ craft is planned for 2012. 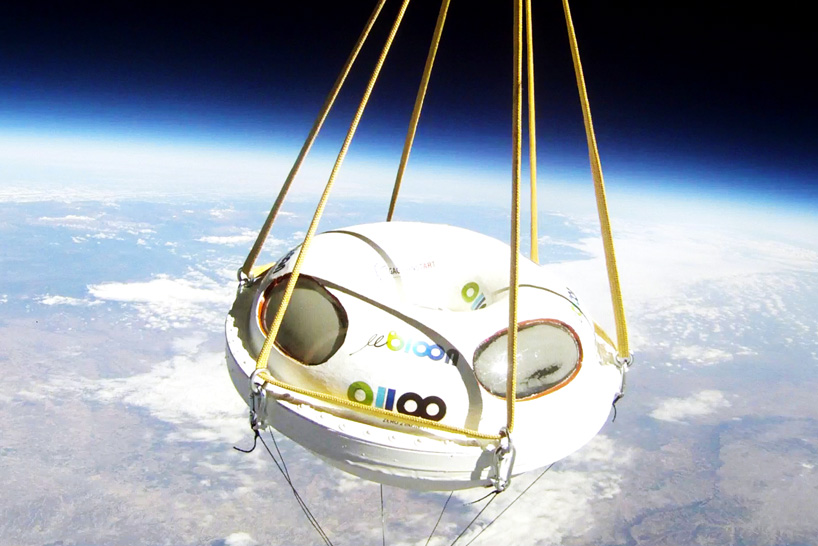 designed as a commercial travel experience in addition to its potential for scientific use, ‘bloon’ flights are customizable in terms of location and timing of the trip, with optional requests including decoration of the pod interior or the serving of a gourmet meal. a 3-hour flight is slated to cost 110,000 euro (approximately 160,000) USD per person. 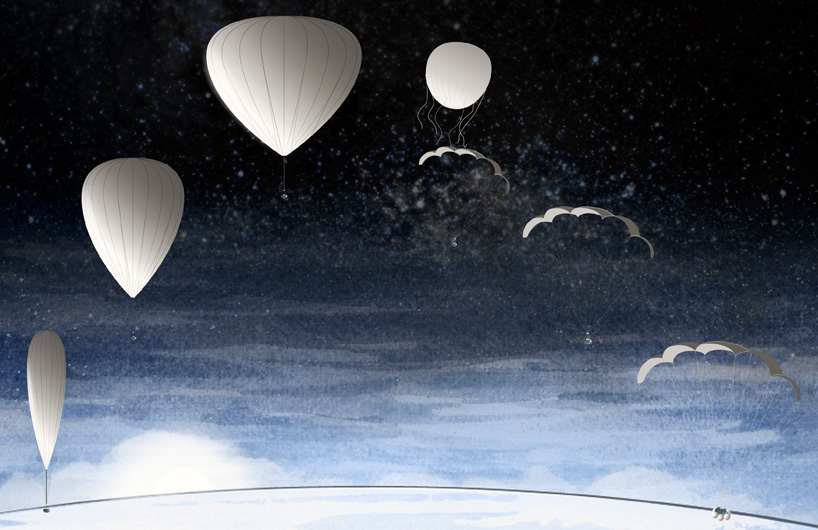 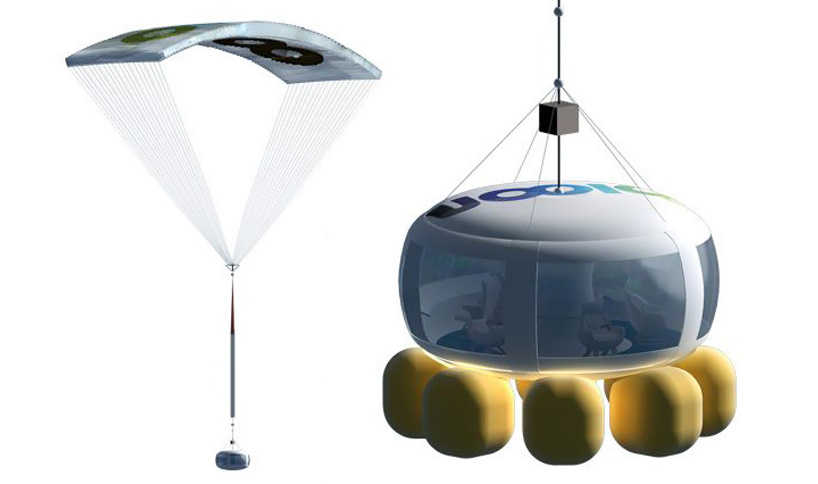 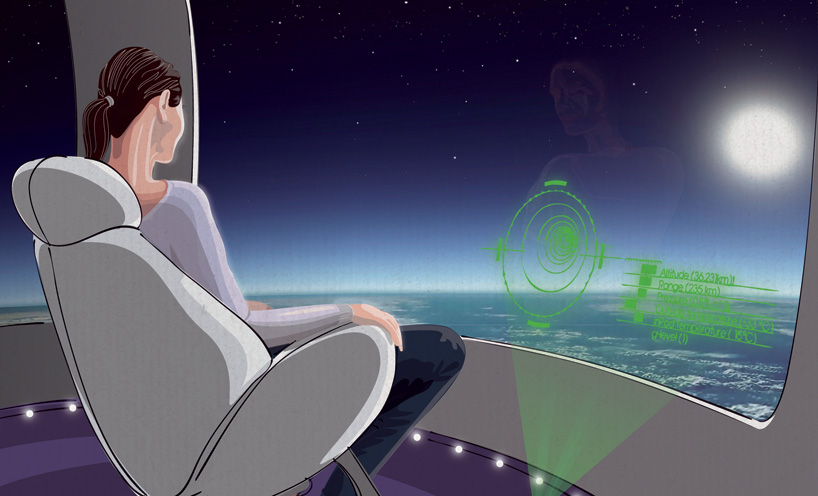