there are plenty of carbon fibre bikes on the roads today. from ‘tour de france’ to ‘giro d’italia’, each bike is handcrafted but unfortunately wrapped in distracting decals and sponsorship logos. BME designs took a more minimalistic direction and created the ‘b-9 nh black edition’ with a stealth approach to resemble the classic ‘F-117 nighthawk’ aircraft. the bicycle features a carbon fibre frame and fork weighs 8.8 kilograms and is built to withstand the abuse of the ruthless urban environment. 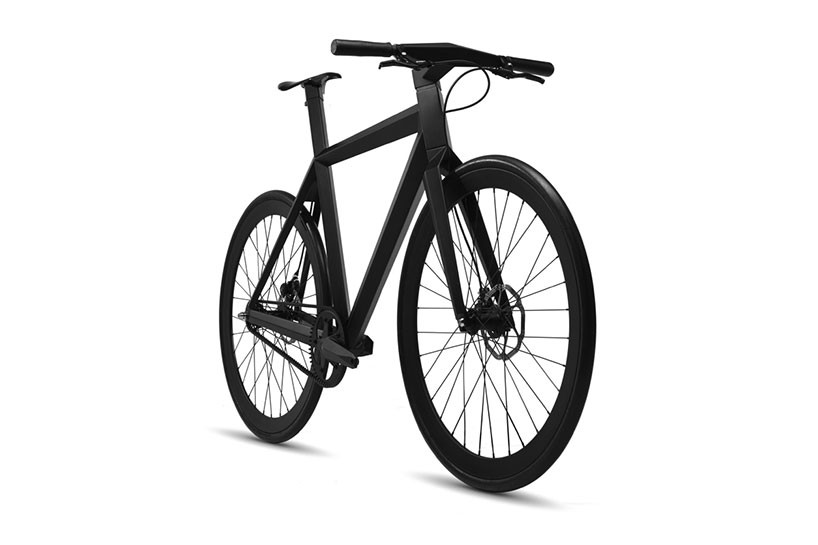 a rare one piece carbon stem handlebar is a unique addition, which follows the same motifs of sharp angles and aerodynamic lines. the matte black paint also covers the CNC machined allow cranks and the BME’s own carbon ‘s72’ saddle with a single bolt setting customization. instead of the traditional chain gear set, the BME ’b-9 nh black edition’ has a single speed carbon belt that requires no greasing, and is lighter and quieter than it’s predecessor. the bike will be in limited supply with only 100 complete bicycles made, each of which will be hand produced by BME design founder brano meres in bratislava, slovakia. 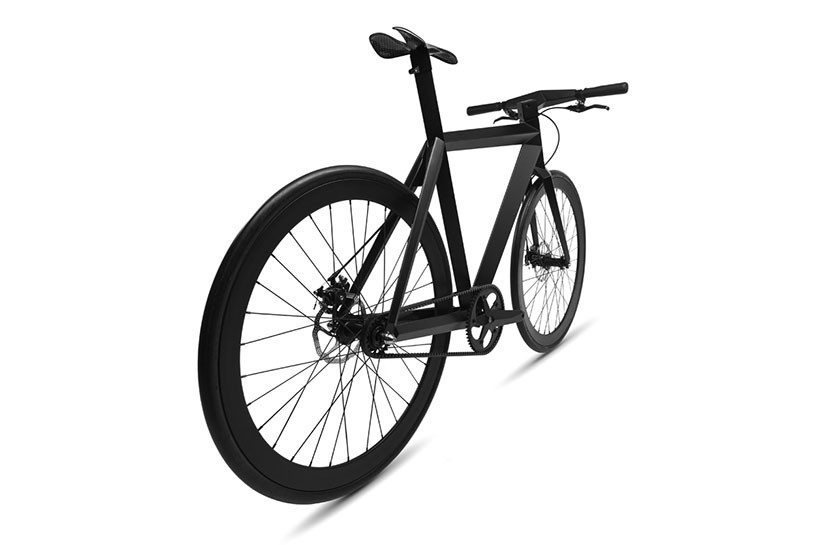 only 100 complete bicycles will be handcrafted 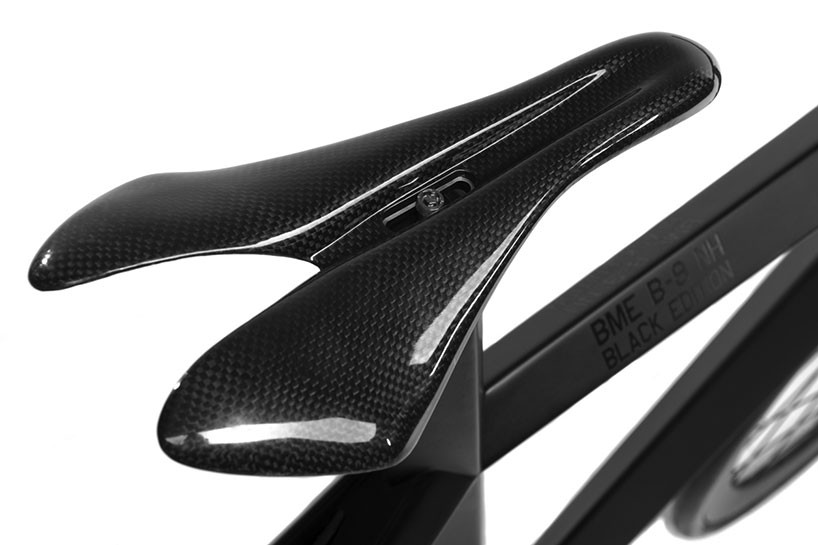 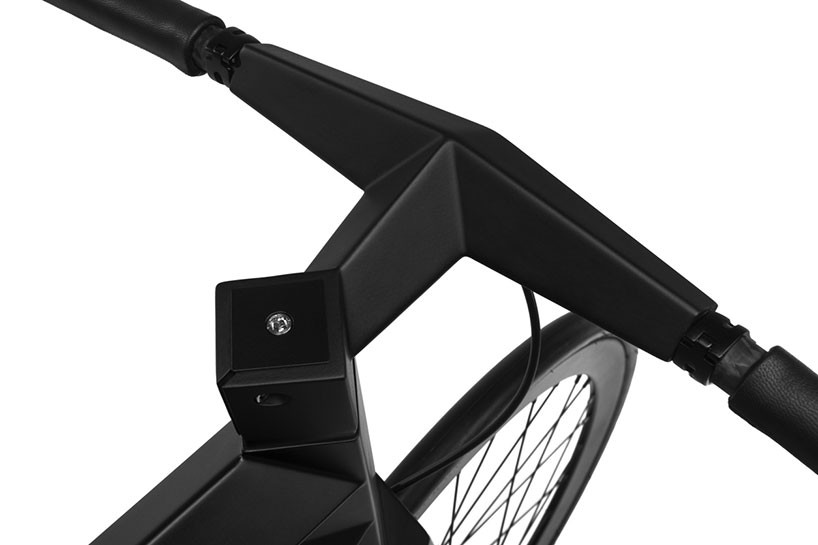 the one piece carbon stem handlebar 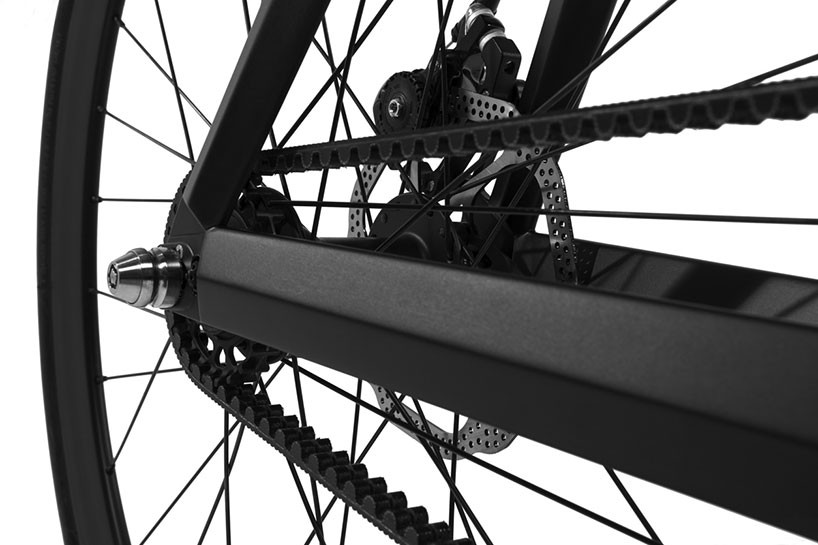 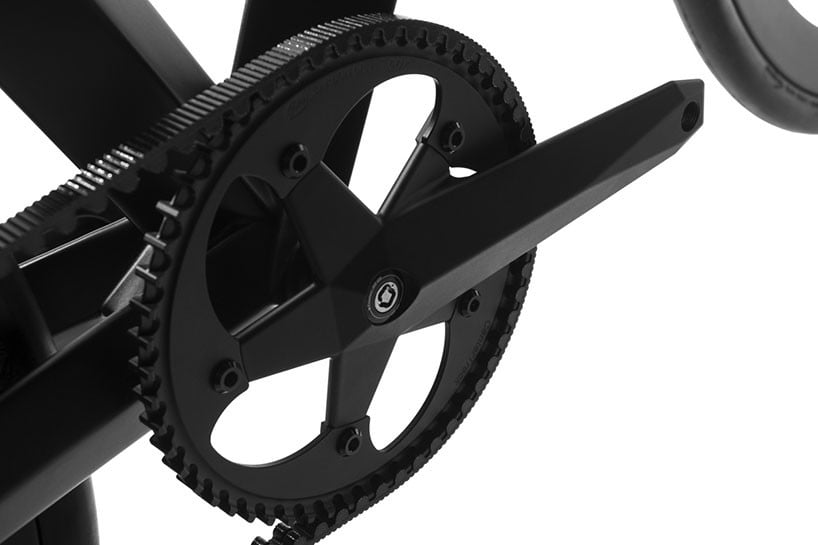 the alloy cranks are CNC machined 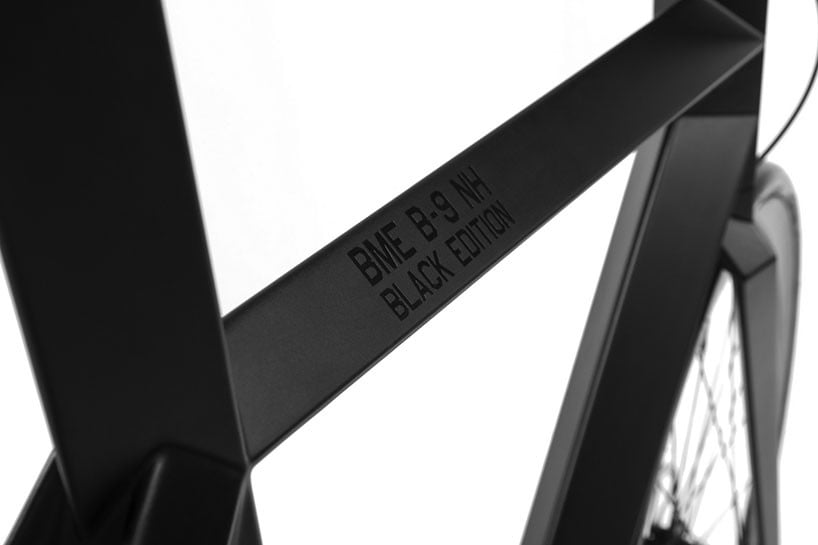 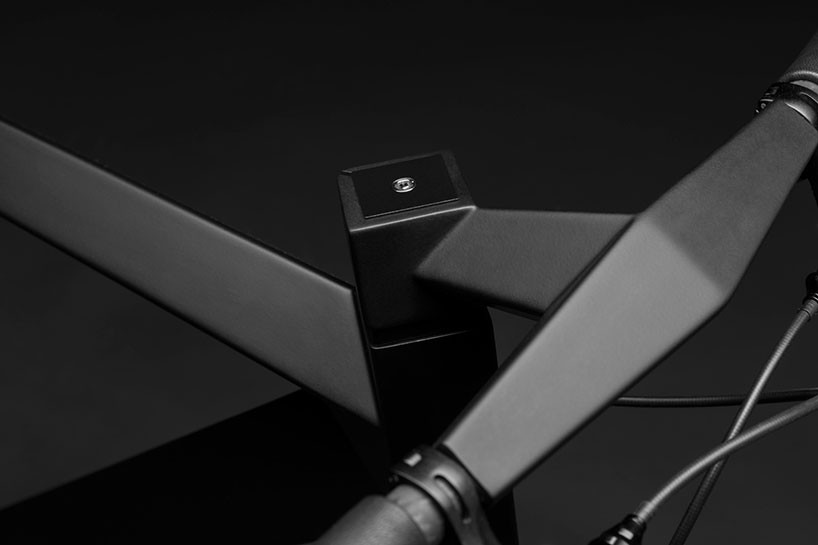 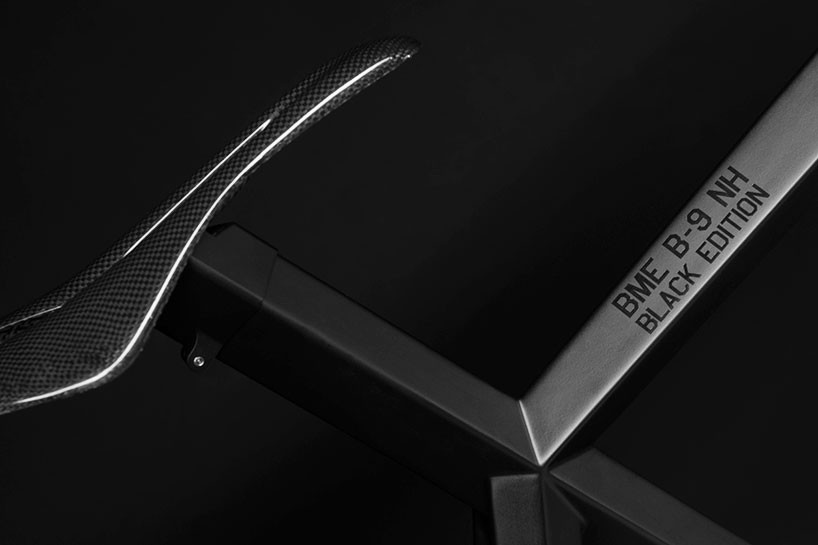 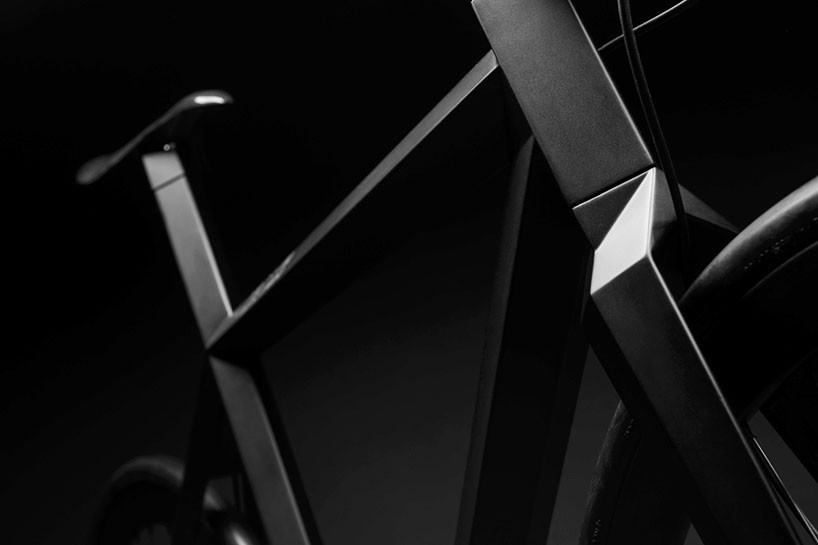 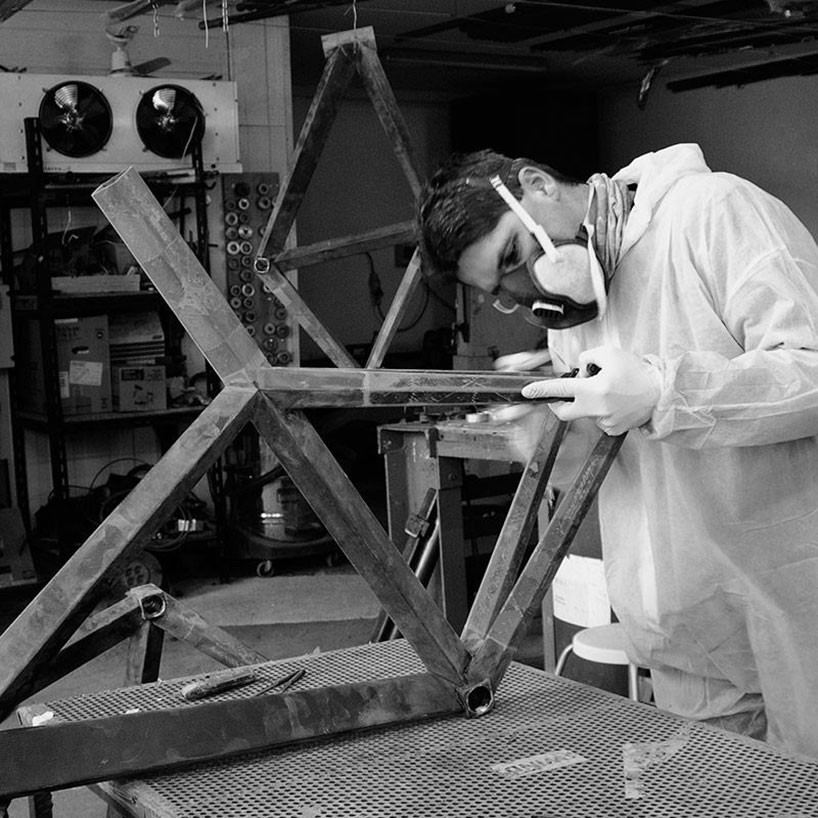 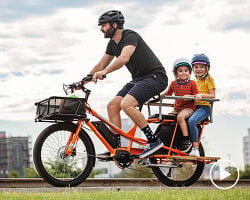