as with the BMW i series, the premiere of the new electric ‘C evolution’ motorcycle in barcelona marks the start of a new chapter in the urban mobility segment for BMW motorrad. succeeding the C 600 sport and C 650 GT scooters, the precisely engineered e-bike incorporates a drive unit boasting a liquid-cooled 47 horsepower (35kW) electric motor and air-cooled high-voltage battery. under practical conditions, the battery is good for a range of up to 100 kilometers (62 miles) in road mode, and higher in ECO pro mode with zero emissions. given its impressive performance figures, the C evolution is capable of accelerating from 0 to 50 km/h (31 mph) in just 2.7 seconds, nearly without making a sound. 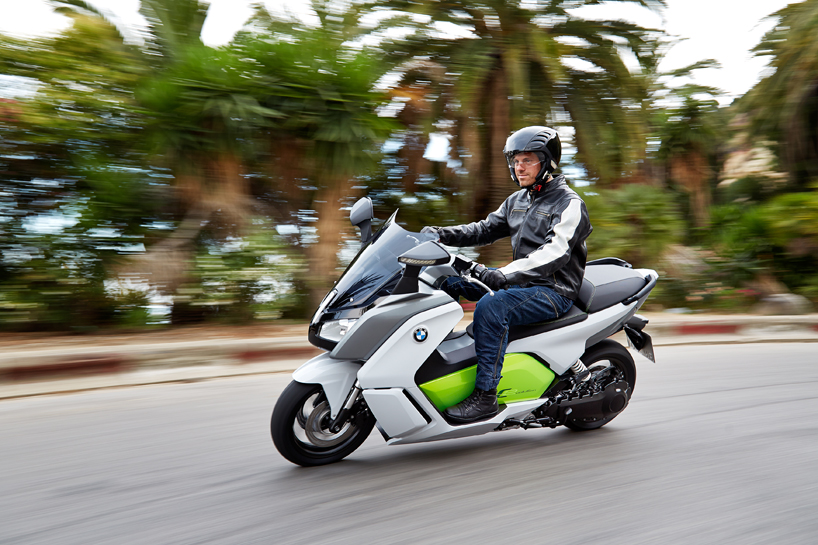 when plugged in to a standard 220v domestic socket with a 12a charge current, recharging from empty takes up-to 3 hours. the battery is made up of three storage modules, each comprising twelve prismatic lithium-ion cells with a capacity of 60 ah and a nominal voltage of 3.7 volts. 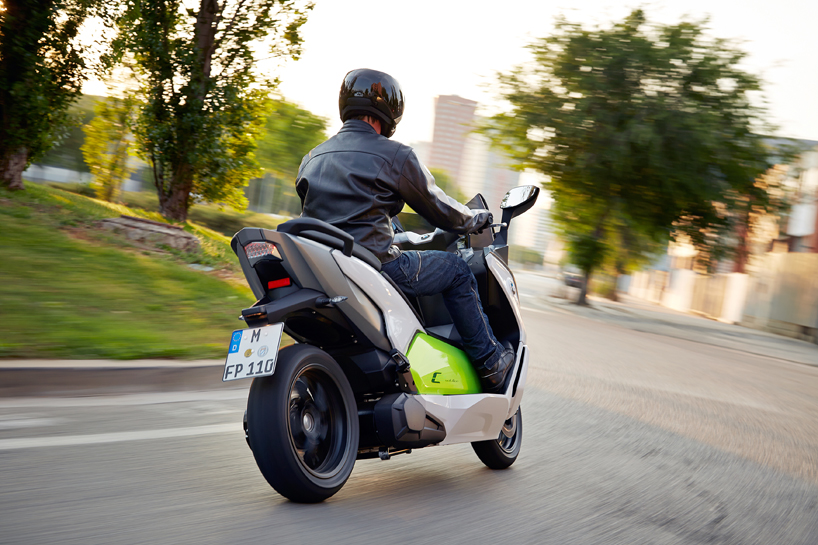 the system automatically recovers energy both when coasting with the throttle closed and when braking. in road mode, for instance, users have at their disposal maximum acceleration, approximately 50 per cent energy regeneration when coasting and full regeneration when braking. in eco pro mode, acceleration and energy consumption are restricted, with the maximum possible amount of energy being recuperated. 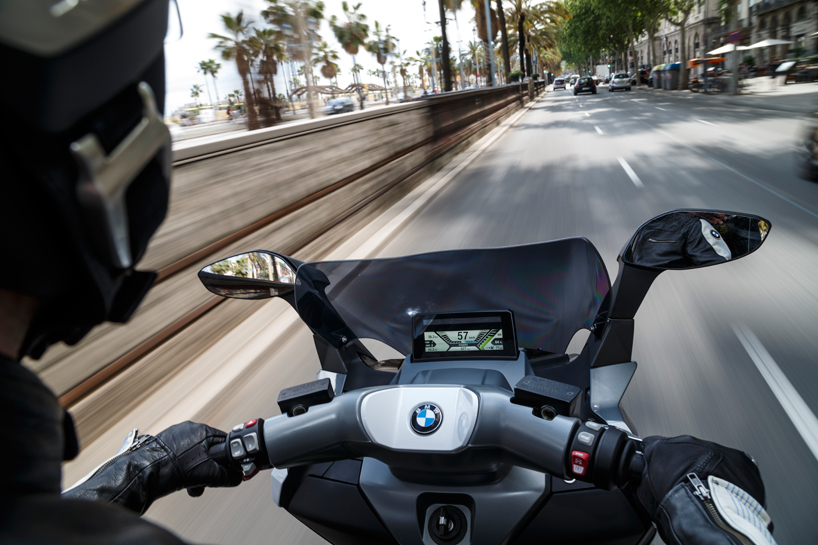 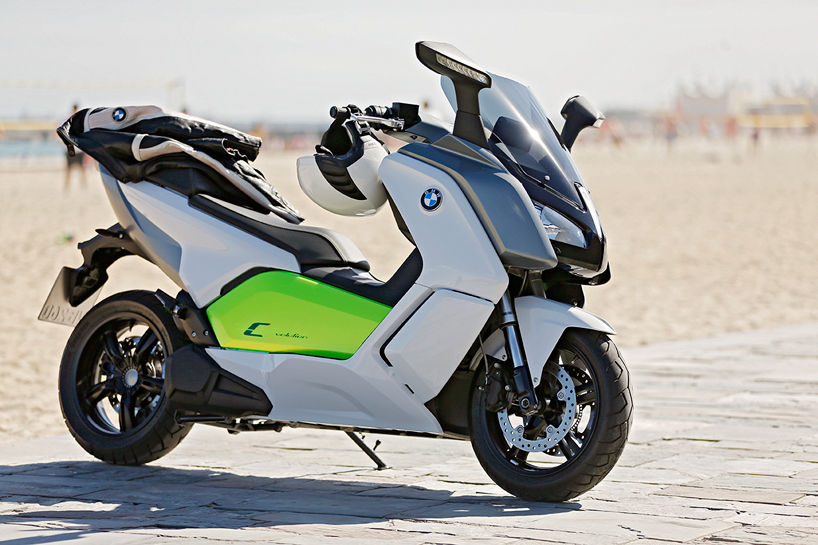 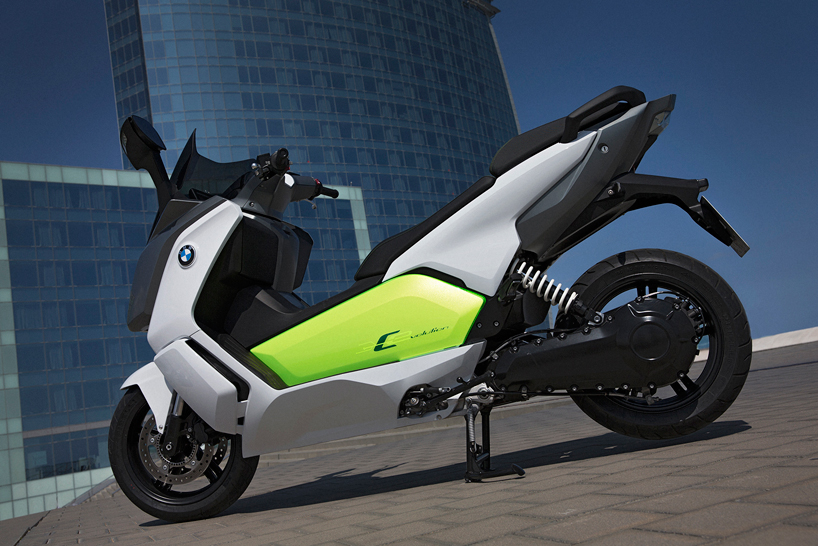 the central component of the chassis eliminates the need for a main frame. the battery casing for the C evolution is made from die cast aluminum, which has a steering head support made from steel tubing attached to it at the front end. at the rear, the single-sided swing arm as well as a rear frame, also made from steel tubing. 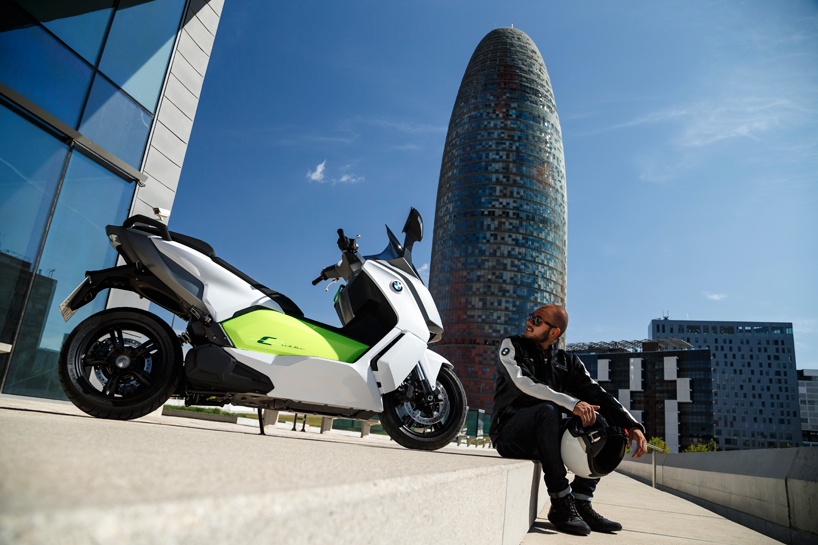 wheel suspension and damping function through an upside-down tele-hydraulic fork at the front and a spring strut mounted on the left at the rear. torque control assist (TCA), like automatic stability control is also used for superior traction control – the system essentially limits the motor’s torque depending on the slip at the rear wheel,  monitored by the electric motor’s control electronics. 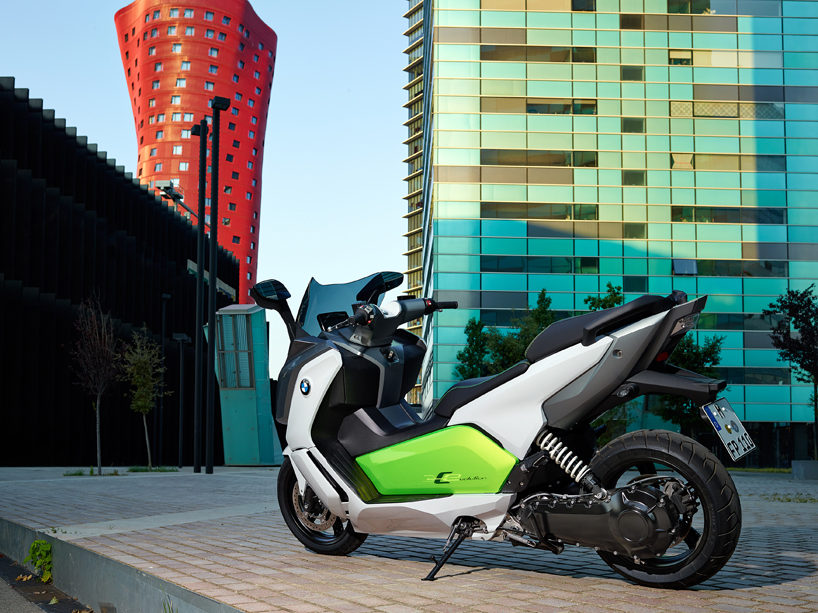 the C evolution on site in barcelona 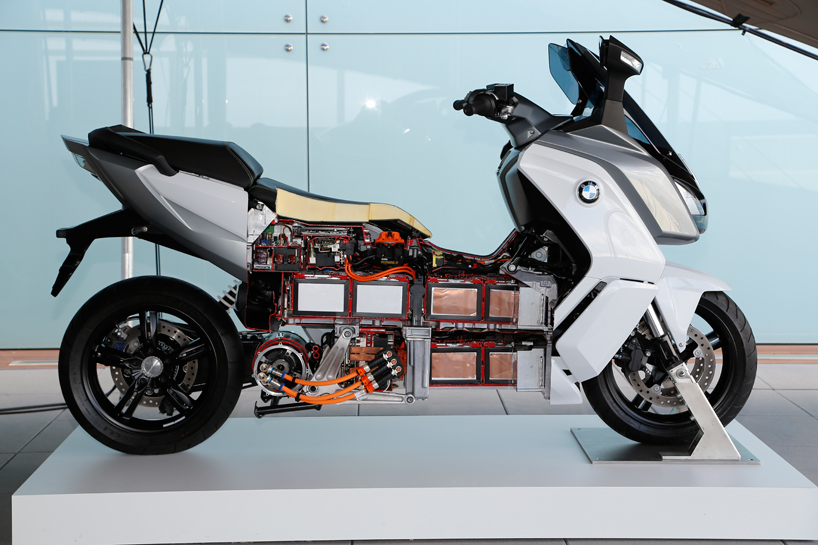 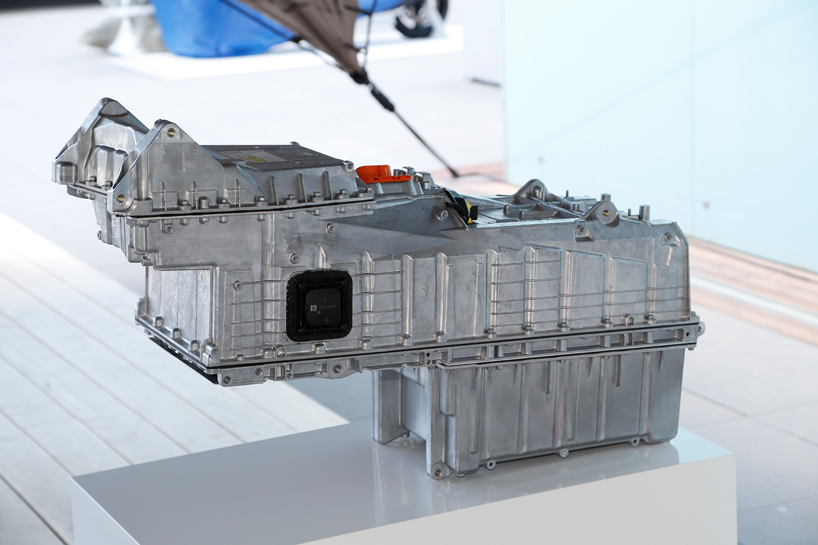 the intricate tuning of the power electronics ensures immediate, spontaneous response from the electric motor – there are none of the delays in torque build-up typically experienced with combustion engines due to the clutch engaging and disengaging.

the BMW C evolution electric motorcycle on site in barcelona

the BMW C evolution electric motorcycle on site in barcelona

detail of the TFT color display 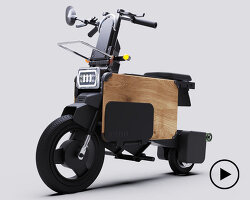 Oct 20, 2021
ICOMA's folding electric motorbike is so compact it even fits under a desk