with its world debut at the geneva motor show 2018, the BMW ‘concept M8 gran coupe’ details a new, polarizing definition of sportiness and luxury. building upon even more so than the ‘concept 8 series’, which was unveiled in 2017, the four door car showcases the brand’s new design idiom, where expressive surface play emphasizes its dynamism. furthermore, in all regards, it illustrates exactly how the letter ‘M’ stands for more. 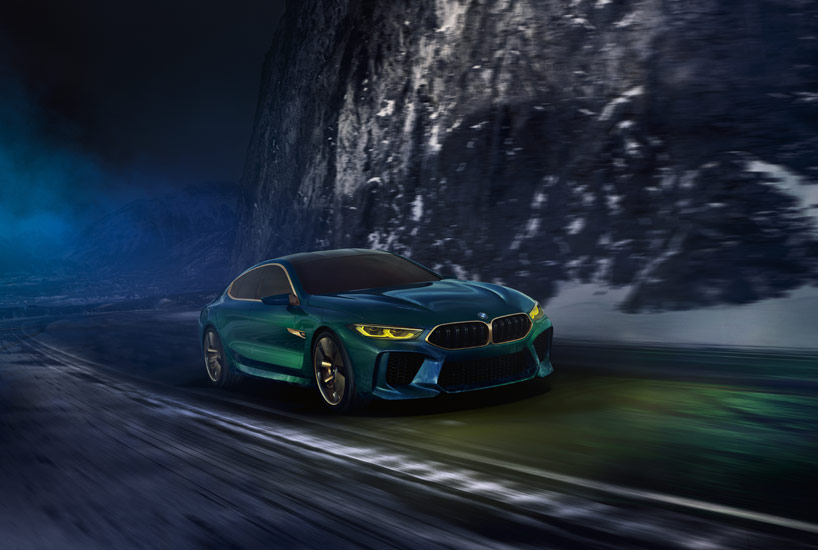 ‘the BMW 8 series will be the new leader in the BMW range, combining the highest levels of sportiness and elegance. the BMW concept M8 gran coupe offers an outlook on the most exotic and fascinating variant of the new BMW 8 series‘, says adrian van hooydonk, head of BMW group design. 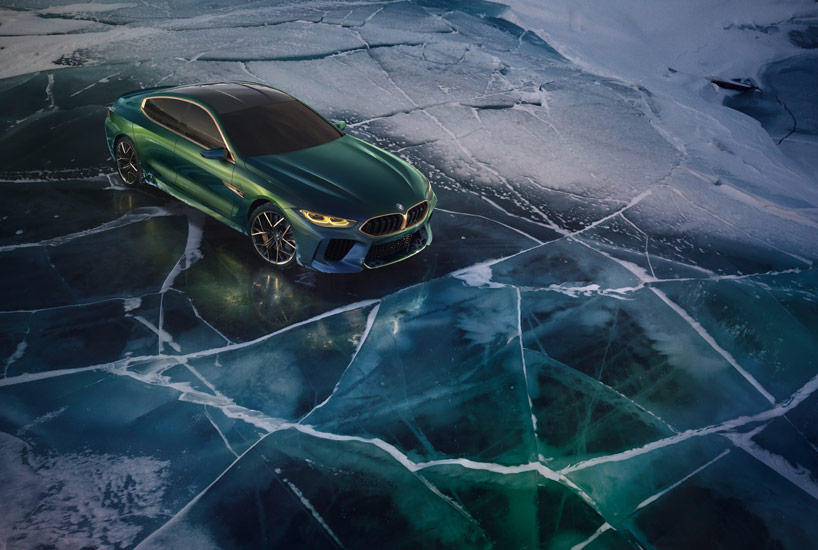 starting at its striking front, the immediate impression of the BMW ‘concept M8 gran coupe’ indicates its wide driving performance, where muscularly modeled surfaces and precise contours on the bonnet hint at the power underneath. the exclusive golden framed double kidney grille, which widens towards the road to emphasize the car’s low center of gravity, is paired with headlamps that, by being placed slightly higher than the grille, creates a visual deepness. 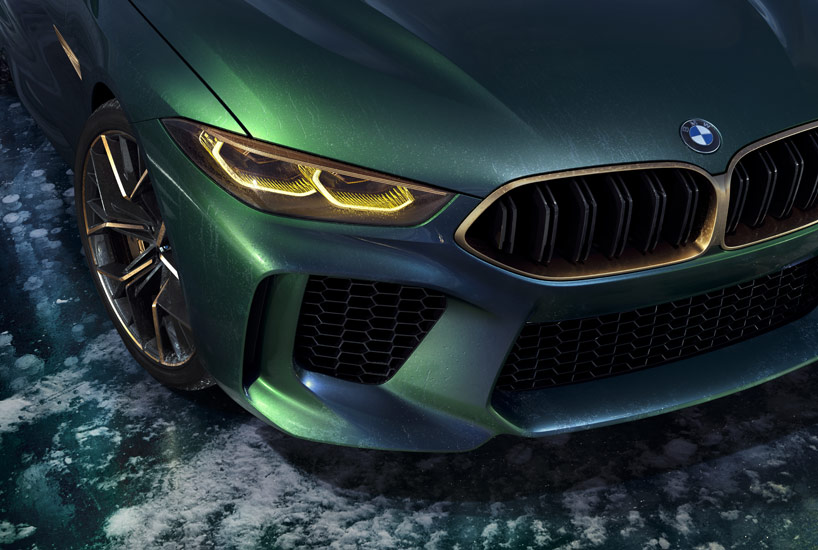 ‘the BMW concept M8 gran coupe is supposed to stir up, it should polarize – it should move emotionally. with the vehicle we want to reach people who are looking for something special and want to stand out from the crowd. with this vehicle, BMW M unmistakably brings luxury out of the ‘comfort zone’,‘ explains domagoj dukec, head of design BMW M and BMW i. 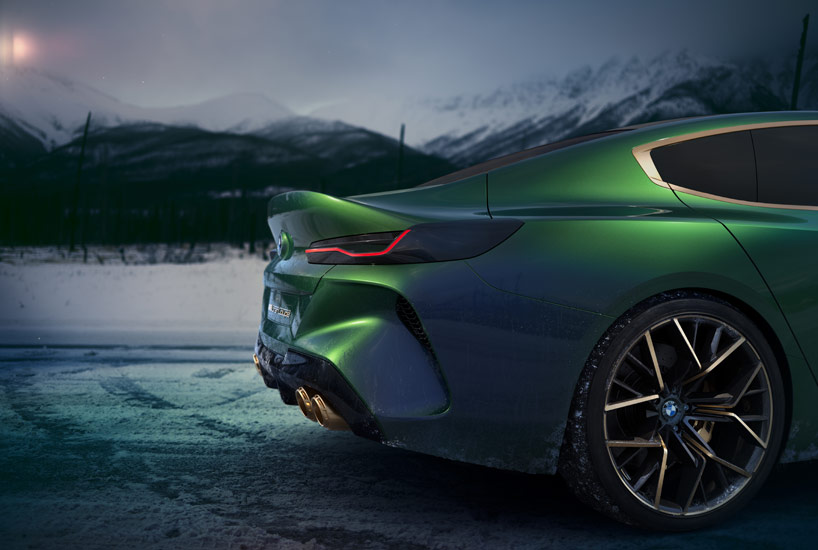 characterized by a few precise lines that underline the sculpted surfaces, the sports car’s side profile really displays how its elegance intertwines with its powerful presence. the long wheelbase, starting with the extended bonnet, follows with a flowing roofline that draws down into the short rear to define a sporty silhouette. 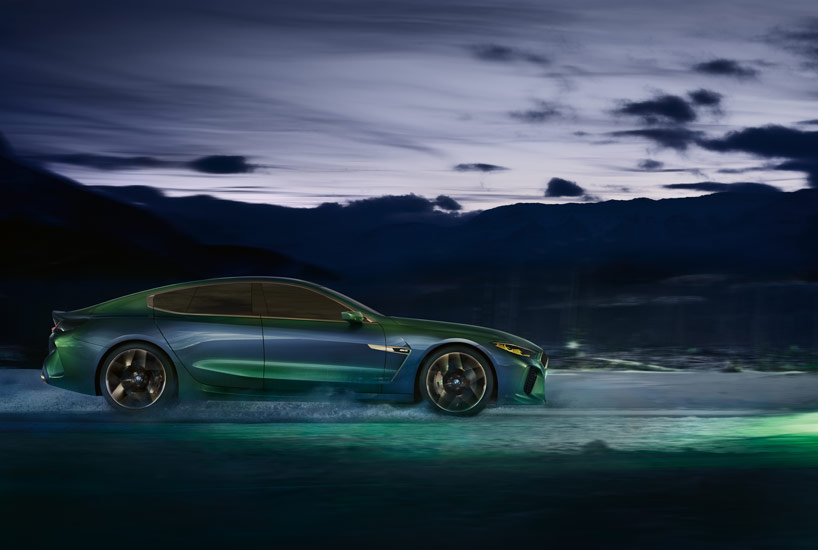 in a similar aspect to the front, the rear combines muscularity and sportiness with elements of elegance. formed like modeled fins, the flared and exposed wheel arches convey performance and its wide track. a defining horizontal line connects the two sides, but divides the actual rear body in half in order to create alternative spaces that catch light differently. along a similar vision, the ‘concept M8 gran coupe’ adorns the vanishing saleve vert color that shimmers from green to gray-blue depending on the lighting, which, even further, emphazies the exterior’s play of surfaces. finally, the back is complete with flat, three-dimensionally shaped rear lights with black cover glass that increases its width, presence and dynamism. 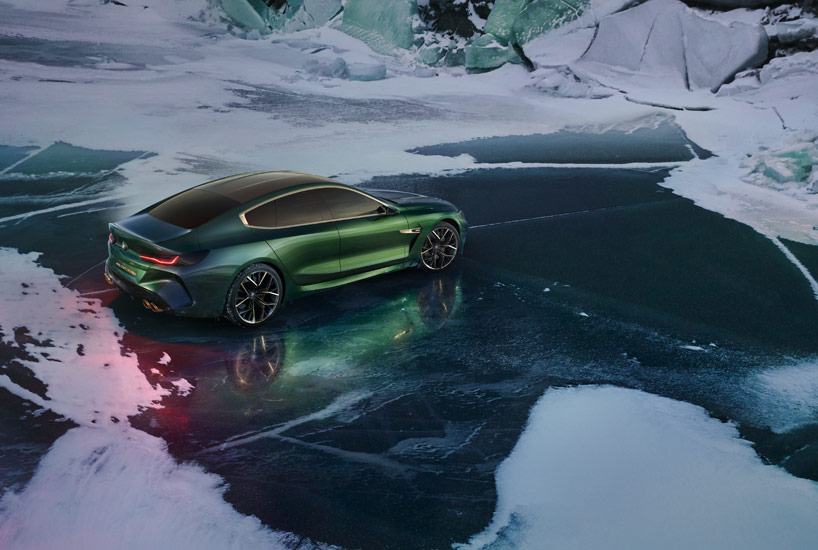 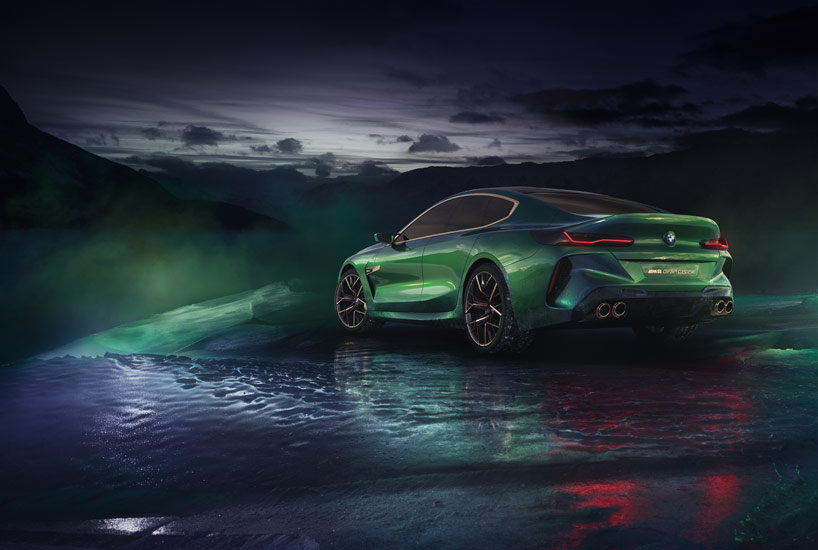 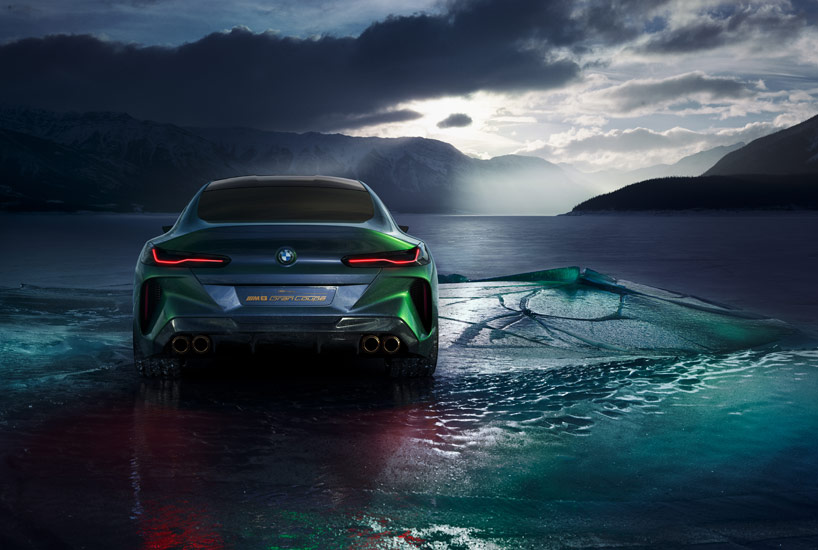