the project by car designer david obendorfer is a modern interpretation of the 1968 BMW E9 series designed by giovanni michelotti. it focuses on two models: michelotti’s E9 and its predecessor, the 1965 BMW 2000 CS (E120 series). the BMW CS vintage concept is based on the 6 series platform; the style, despite numerous citations from the past, is substantially contemporaneous with updated proportions and with modern details, many of which are influenced by nautical styling solutions.

‘back then the 2000 CS used to be fairly successful thanks to its sleek line, brilliant performance and good build quality,’ obendorfer tells designboom. ‘BMW decided to upgrade the model by setting up a new generation of straight-six engines, redesigning the interior, and the only part of the coupè that had raised concerns: the front. the new front end, by giovanni michelotti, gave considerable impetus to the whole car body. the designer from turin eliminated the large rectangular headlights in favor of an arrow-shaped front with a large matte black mask and four round headlights.’

‘the operation is very similar to the mid-generational refresh applied today by all car manufacturers to keep the product competitive and attractive to customers without making expensive technical amendments,’ he adds. ‘yet, the transition between the E120 and E9 was particularly important for BMW because the new front gave the car a strong stylistic identity with a recognizable personality. the design with the four round headlights has proved to be a winning style pattern that BMW has been carrying on for over 35 years evolving and proposing it on all its models.’ 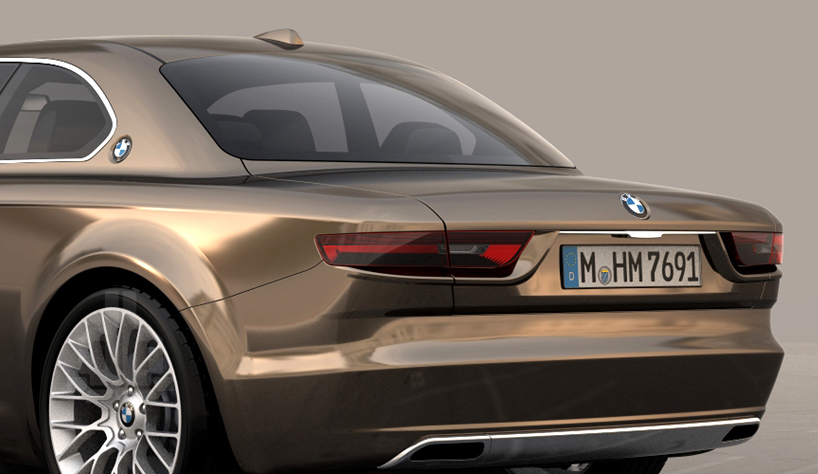 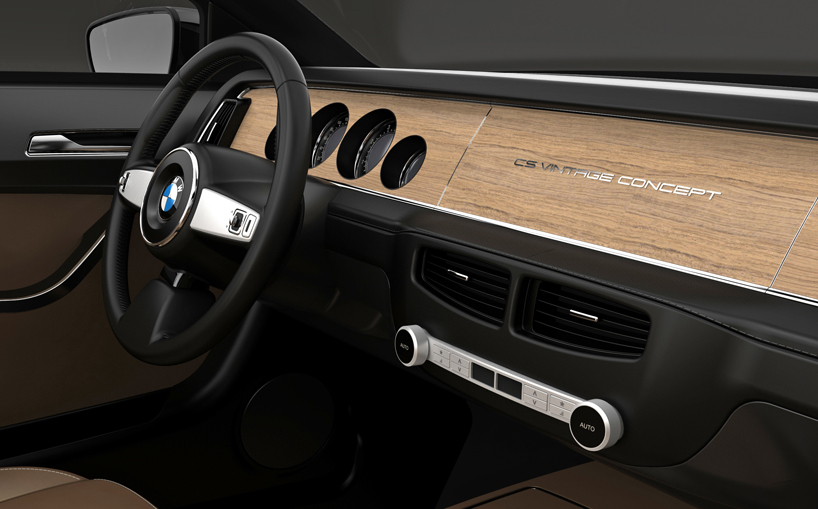 the interior design is minimalist with simple lines and high quality materials such as wood or hand-stitched leather. it lacks references to the BMW coupés of the 60s such as the four circular instruments that on the CS vintage concept become four small TFT screens two of which are freely programmable. the central hideaway monitor displays navigational and infotainment data. 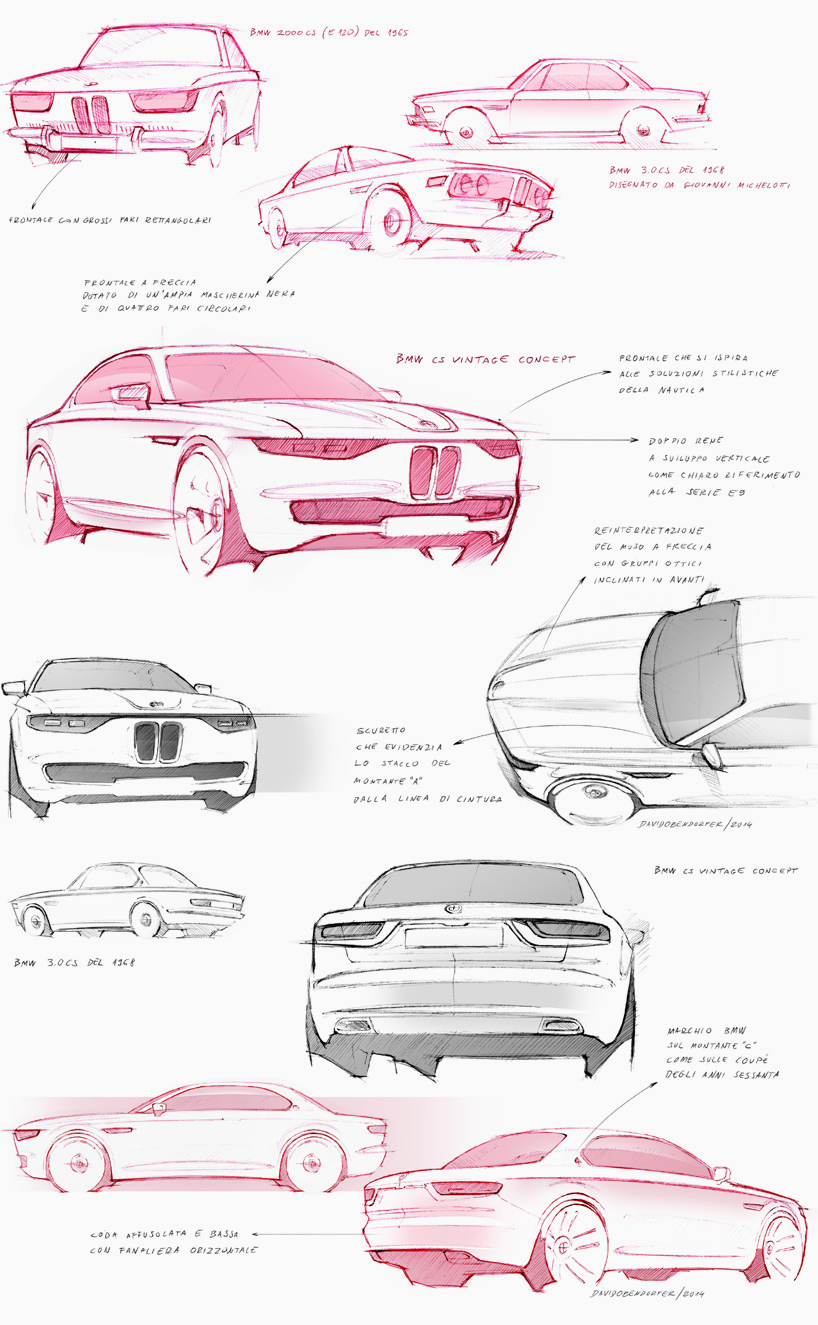 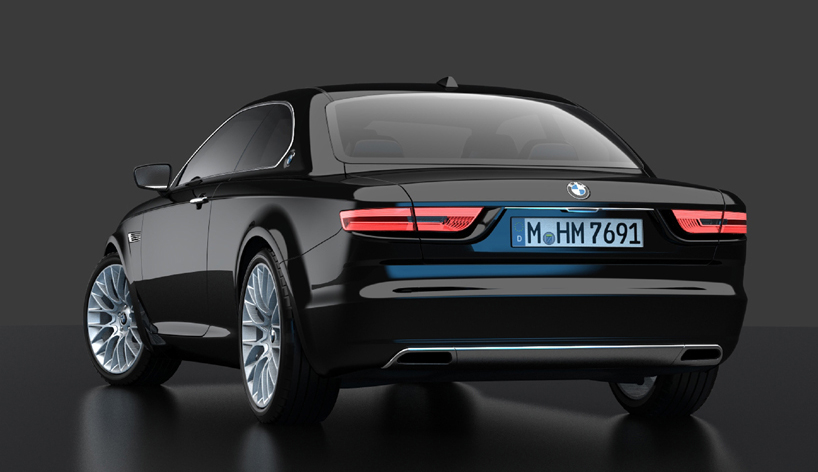 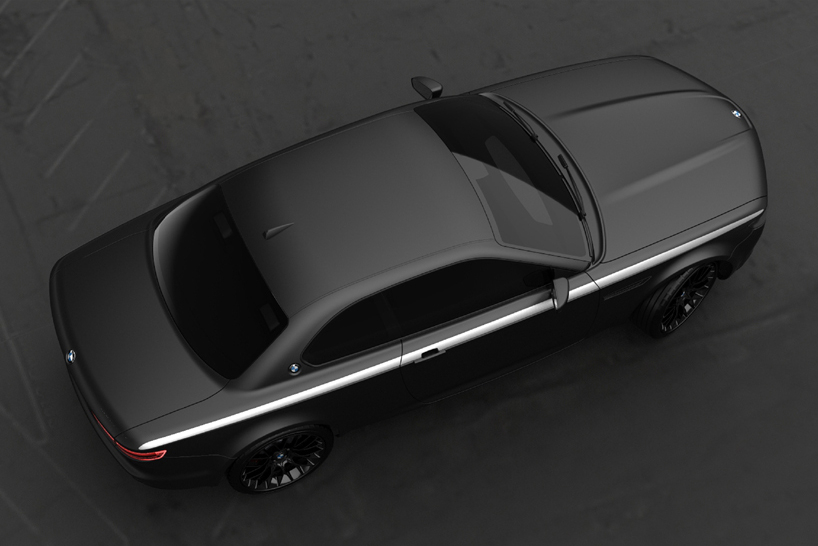 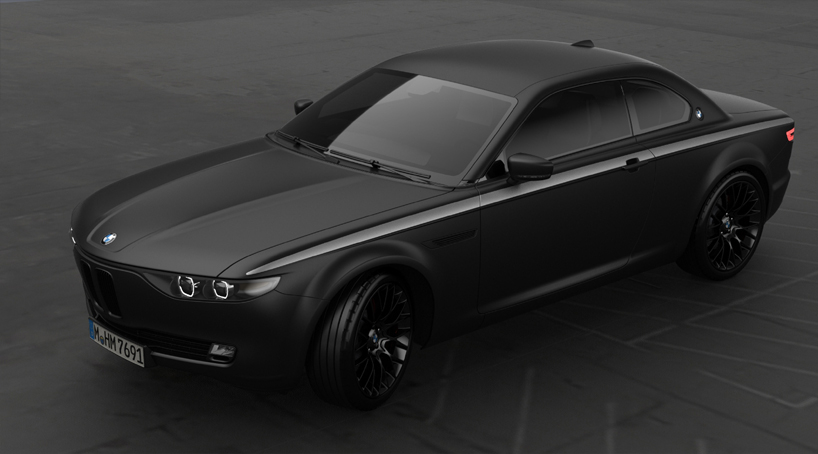 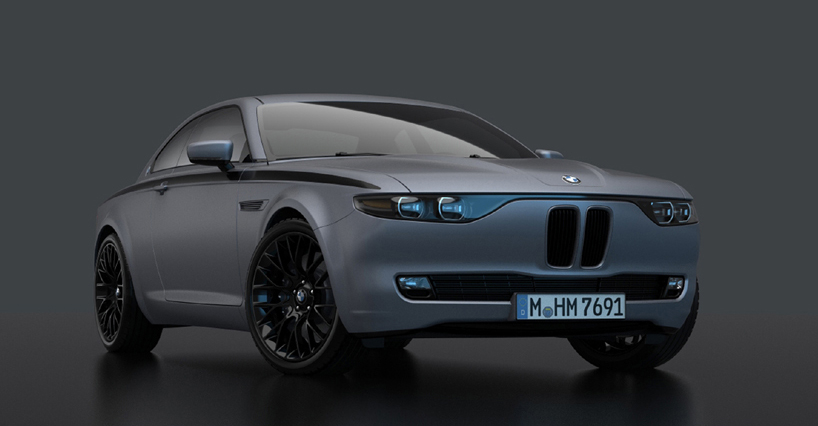 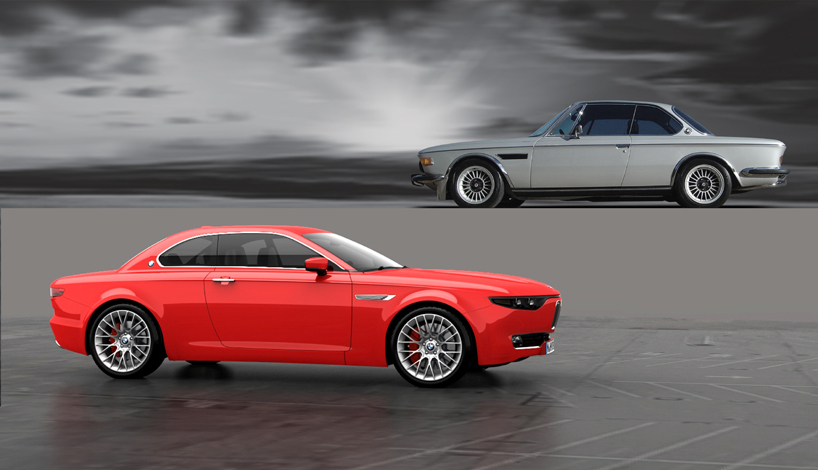