as consumers move away from traditional gas-powered cars over to more sustainable power choices such as electricity and hydrogen, the ‘gas station’ as we know it is quickly becoming redundant. the idea of ‘alternative refueling stations’ poses a new oportunity for architects, designers and technicians alike, and BMW are the latest to propose a solution. the BMW subsidiary designworks studio has collaborated with shell to develop an innovative hydrogen dispenser to make refueling H-powered vehicles as easy as topping up with gas. 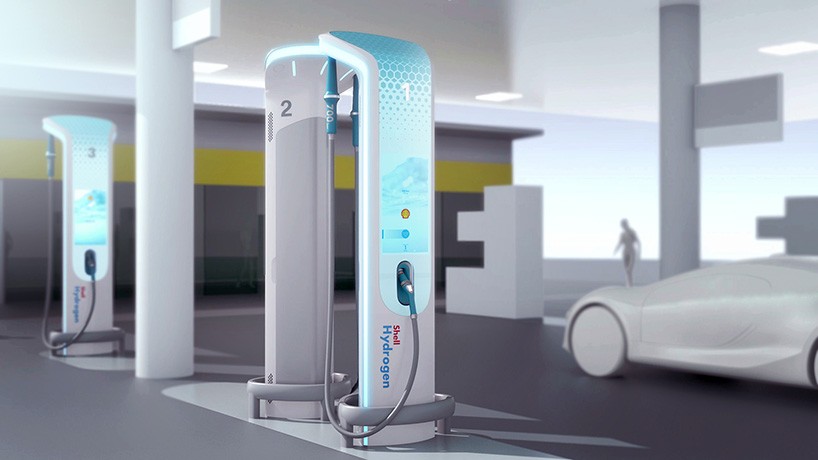 BMW’s designworks is already well accquainted with designing for the future of mobility, which is likely why shell chose to commission the studio to create their hydrogen dispenser. dubbed oasis, the finished product sets out to create a seamless experience for hydrogen drivers on the forecourt, whilst promoting the adoption of hydrogen as the fuel of the future. 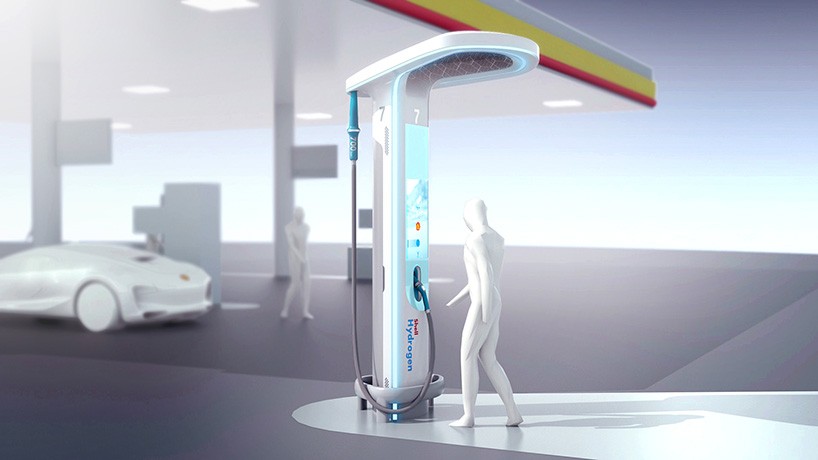 differing from the ‘H’ or ‘L’ shaped fuel dispensers currently on the market, the oasis hydrogen dispenser takes a more pillar-like aesthetic, influenced by natural forms. the design is simple, and designworks have purposely hidden all mechanical parts with the intention to make the handle elegant and easy to use. the studio have even integrated a screen directly into the nozzle, that guides the user through the refuelling process step by step. 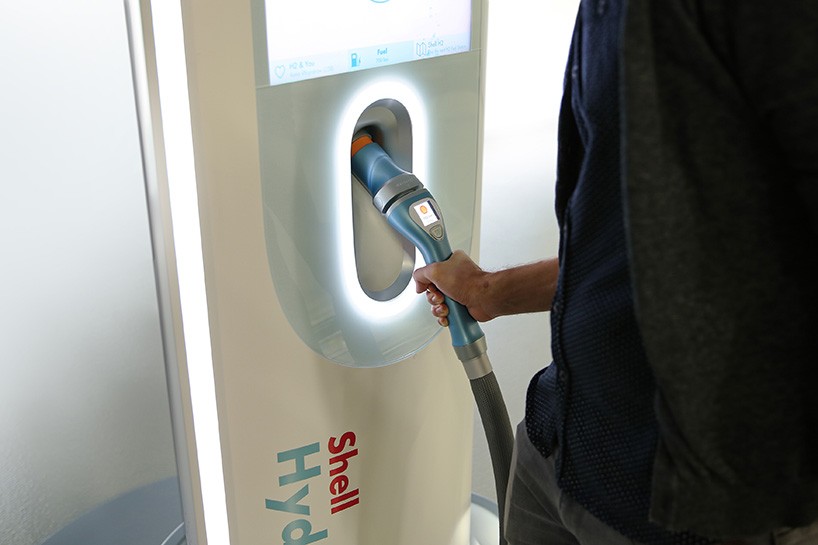 designworks have incorporated a mini screen onto the pump itself

in front of each dispenser another interactive screen can be found, that provides information about the dispenser’s occupancy and remaining fueling time and price. the screen also provides additional helpful information, letting drivers request maps to check route details or learn more about hydrogen as a fuel. the design focuses heavily on user experience, hoping to inspire a world of clean energy by making hydrogen power accessable and easy to manage. 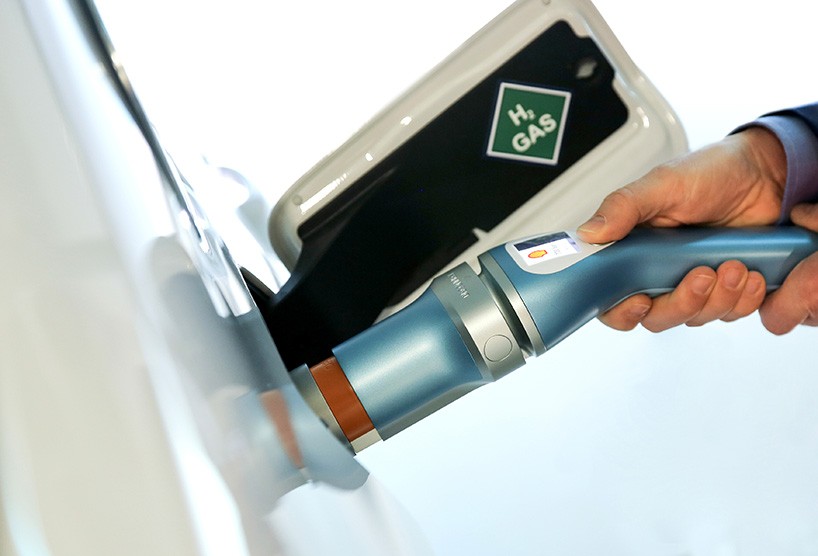 the ‘I’ shaped dispenser is influenced by natural forms

oliver bishop, hydrogen general manager at shell elaborates on the philisophy that influences the dispensers experience design, explaining that ‘customers are at the heart of what we do at shell. we are pleased to have collaborated with designworks in the development of a new hydrogen dispenser that will allow us to provide customers an improved hydrogen experience. it will not only make refueling seamless, it will also help make hydrogen fuel an even more attractive option in the future.’ the oasis will be launched at the hannover fair, from 24-28 april 2017. 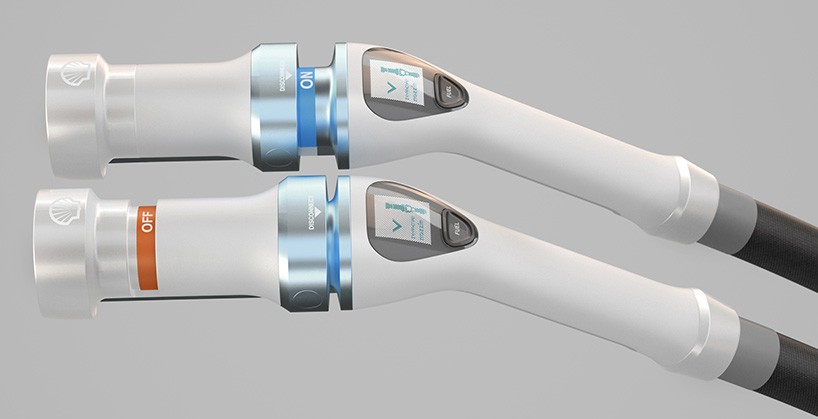