during CES 2015 in las vegas, BMW has announced to demonstrate a series of new high-tech autonomous driving features including the possibility of entirely collision-free piloting. an example of this is the luxury brand’s latest development on 360-degree collision avoidance and fully-automated parking in multi-story car parks.

the platform for the self-driving system an all-electric BMW i3 with ‘secure positioning’ and ‘environment recognition’. the technology is supported by four advanced laser scanners which record the environment and identify obstructions such as columns, for example in an underground parking garage. if the vehicle approaches a wall or a column too quickly, the system automatically brakes, preventing a collision. 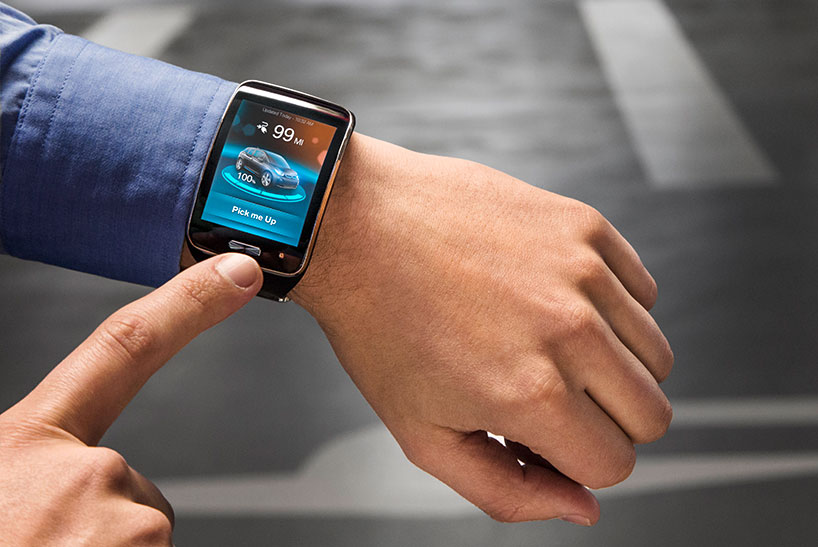 the BMW technology has also been designed to work alongside wearable technology; a fully automated remote valet parking assistant in the vehicle combines information from the laser scanners with the digital site plan of a building, for example. if the driver uses a smartwatch to activate the fully-automated remote valet parking assistant, the system will steer the vehicle independently through the different levels, while the driver has already gotten out of their car and on their way to an appointment. 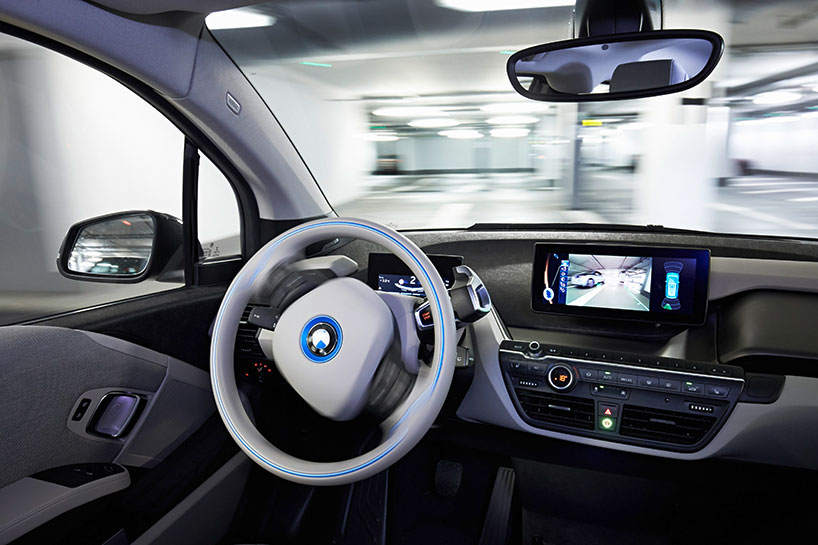 the fully automated remote valet parking assistant is capable of recognizing the structural features of the parking space and can steer around any obstacles that appear unexpectedly – such as incorrectly parked vehicles. once the BMW i3 has arrived at the parking space, the vehicle locks itself and waits to be called by smartwatch and voice command. the wearable device then calculates the exact time until the driver arrives at the car park and starts up the car so that it arrives at the car park exit at exactly the right time. 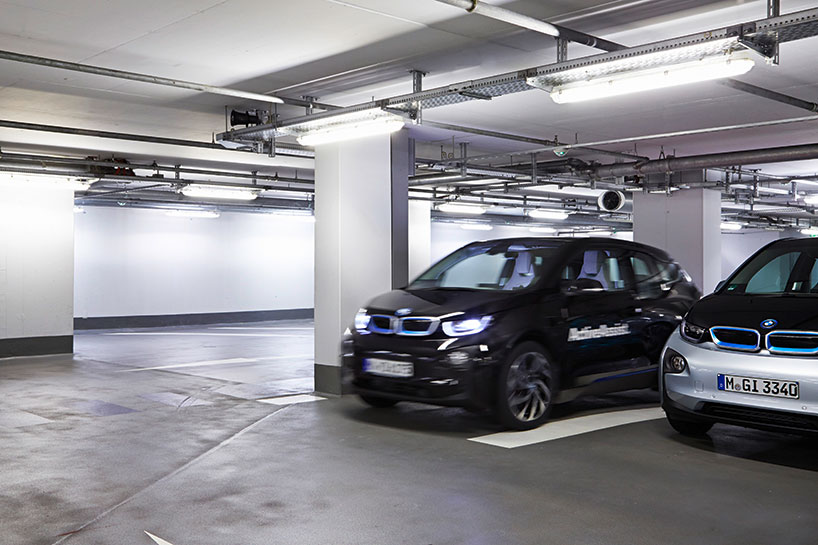 another technological breakthrough includes navigation without GPS signals. BMW has achieved fully automated control of a vehicle by connecting sensor systems together with a digital site plan. this avoids dependence on a traditional GPS signal, which is usually never precise in underground parking scenarios. alongside the laser sensors, the research vehicle also has the processing units and necessary algorithms on board and this means it can determine its exact position in the car park, monitor the environment perfectly, and carry out independent and fully autonomous navigation. 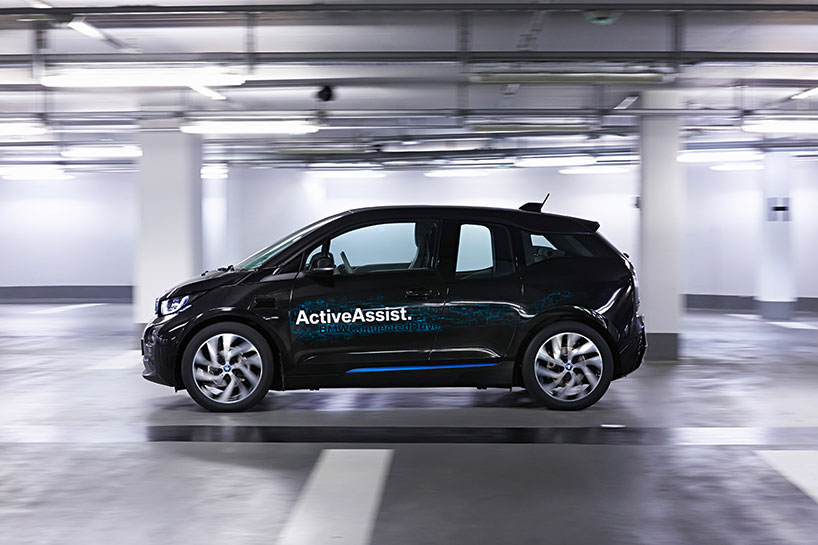 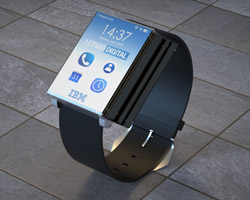 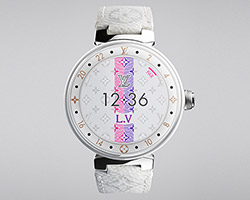