we all know that LEGO isn’t just for kids — BMW and LEGO technic proved exactly that with the LEGO technic BMW R 1200 GS adventure model kit, which lets users recreate the company’s signature bike in bricks. yet anyone who has ever built a LEGO model knows it’s more fun when you don’t follow the instructions, and this is exactly how the BMW X LEGO technic hover ride concept was born. 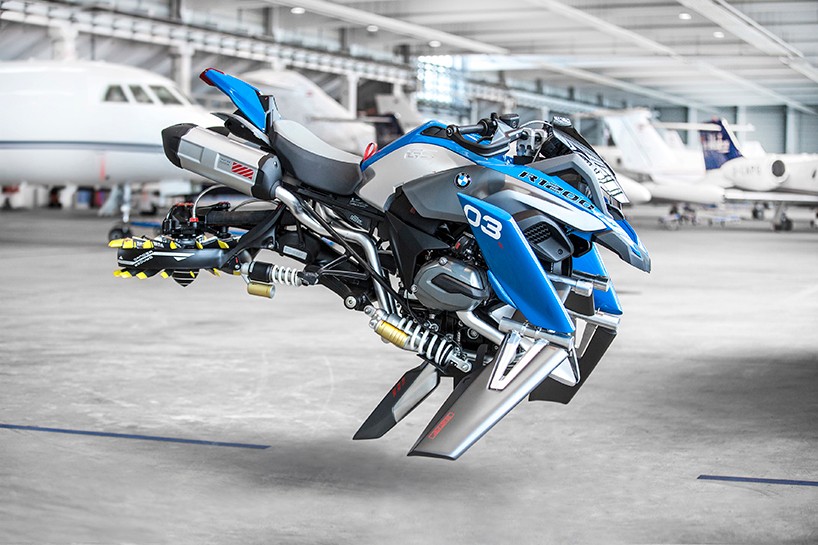 the design teams of both LEGO technic and BMW joined forces to create an alternative model with the same 603 pieces, as is commonly provided with LEGO technic 2-in-1 kits. the futuristic ride is full of emotion and creative energy, so rather than just leaving the hover ride concept as a LEGO model, the BMW junior company in munich decided to actually build a life-size version with real parts. although the model is designed with the same LEGO parts as the R 1200 GS adventure, numerous components such as the front-wheel rim modified to form a propeller – were specially made for the project, demonstrating the youngsters’ skilled craftsmanship. 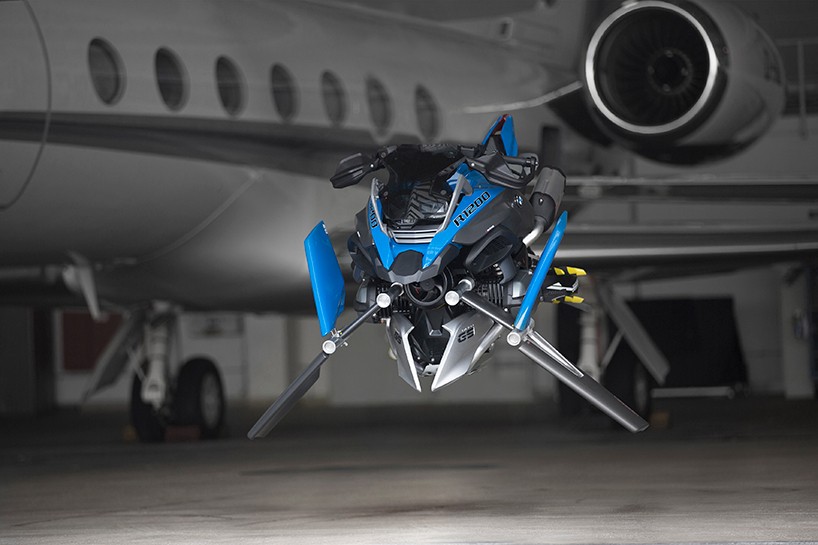 the hover ride concept not only incorporates the BMW motorrad design DNA with typical elements such as the boxer engine and the characteristic GS silhouette, it also draws on the LEGO technic stylistic idiom. talking about the collaboration, BMW motorrad’s head of sales heiner faust explains that ‘the two companies have much in common: they both successfully combine innovation and tradition in their brands and products, providing unforgettable experiences for young and old alike all over the world.’ the one-off design is to be showcased at LEGO world in copenhagen tomorrow, before it heads back to BMW’s base in munich via norway. 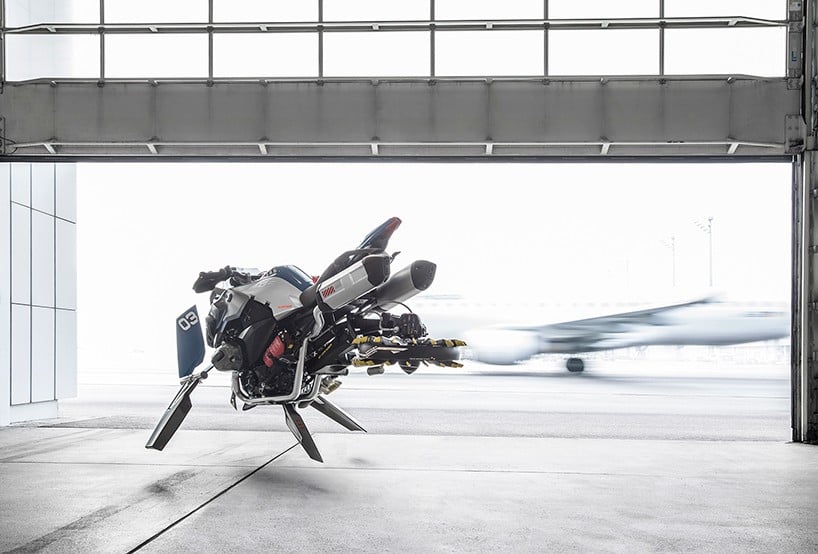 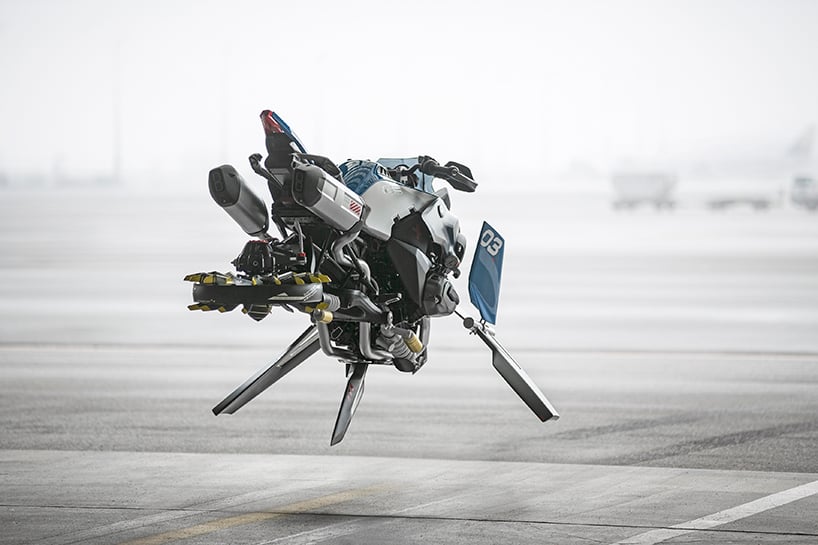 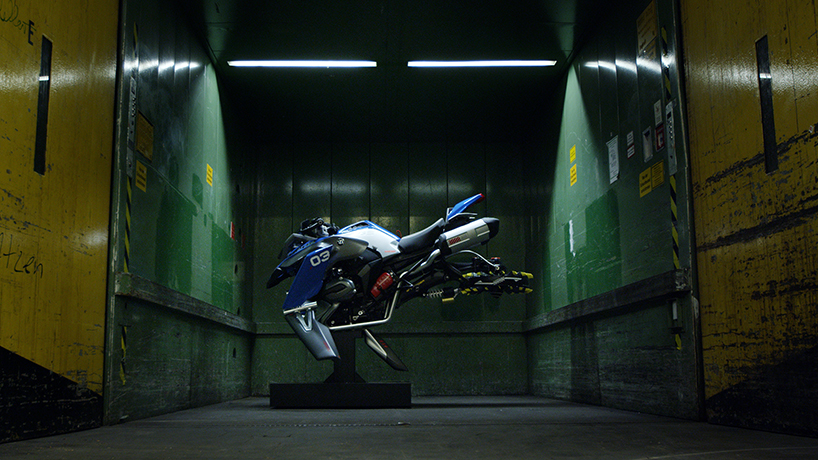 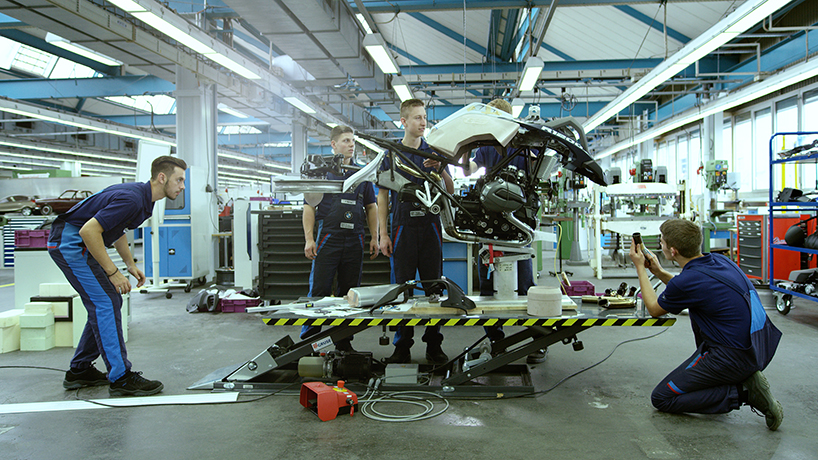 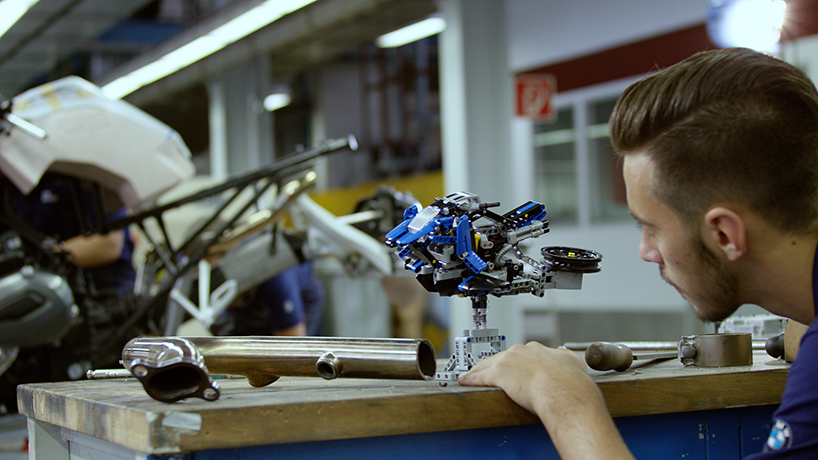 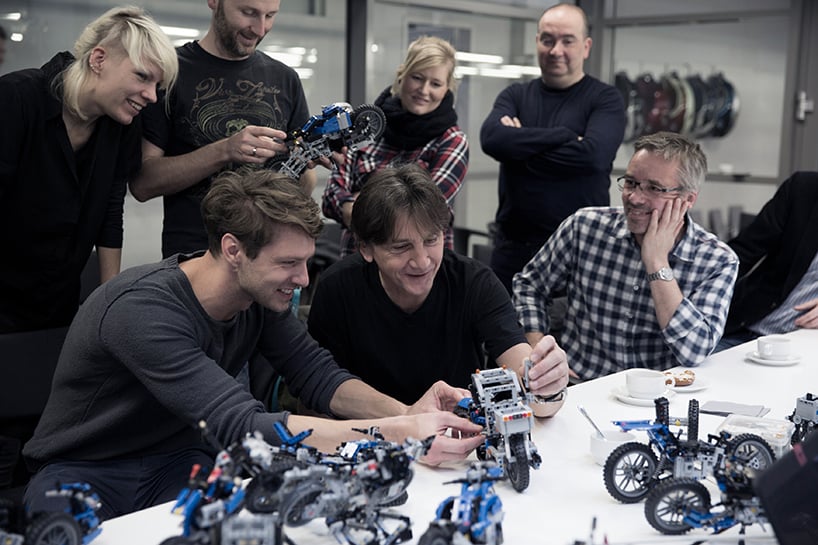 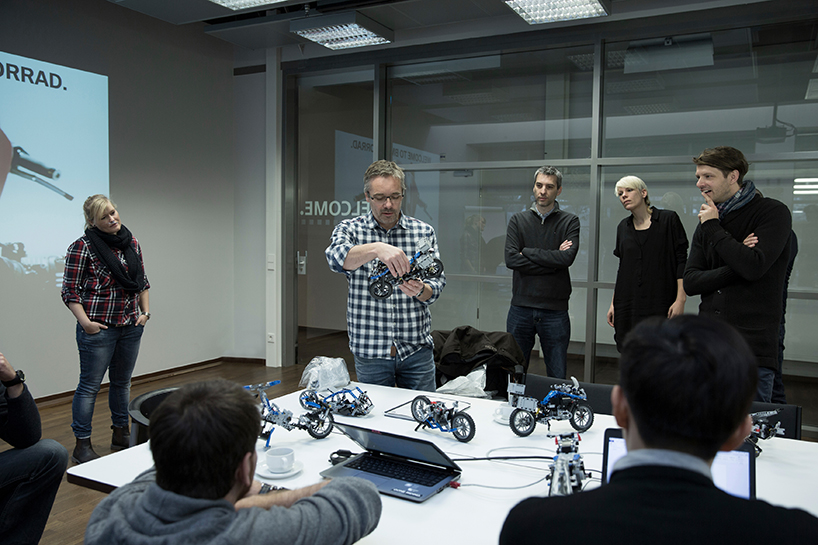 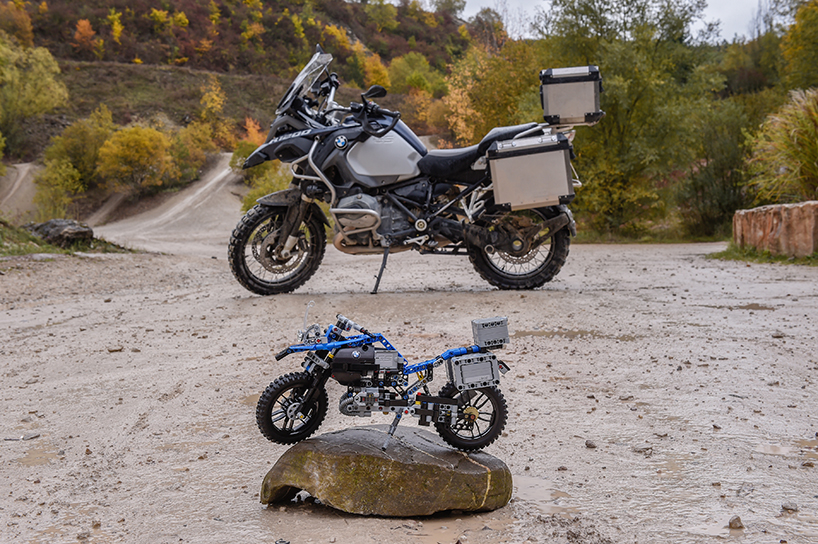