to coincide with the london opening of the first ‘BMW i store’, the german automotive producers present the new ‘BMW i pedelec’ (pedal electric cycle) foldable concept bike. composed of lightweight aluminum and carbon fibre, the 3-speed bicycle is fitted with an electric motor that assists the rider’s pedaling up to 16mph (25 km/hr), with a range of about 16-25 miles (25 – 40 km). two folded bikes are designed to fit in the trunk  of the ‘BMW i3 concept car‘ (similar to the design of the ‘i8 spyder convertible’ concept presented at beijing auto show 2012, which includes storable electric kickboards). the battery attains a full quick charge is 1.5 hours (4 hours on normal units), from either a wall outlet or a socket in the trunk of the ‘i3’. when riding downhill, the electric hub motor functions as a generator, recuperating kinetic energy for the battery. 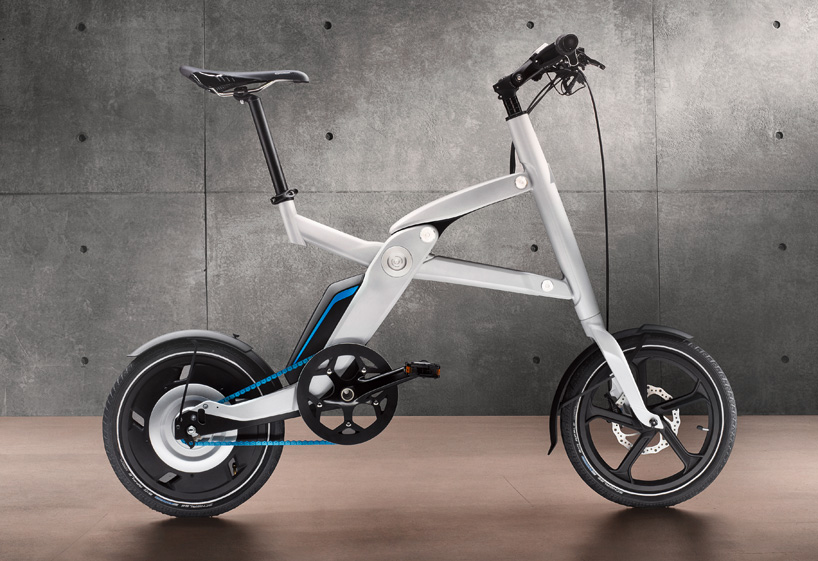 profile view of the ‘i pedelec’ 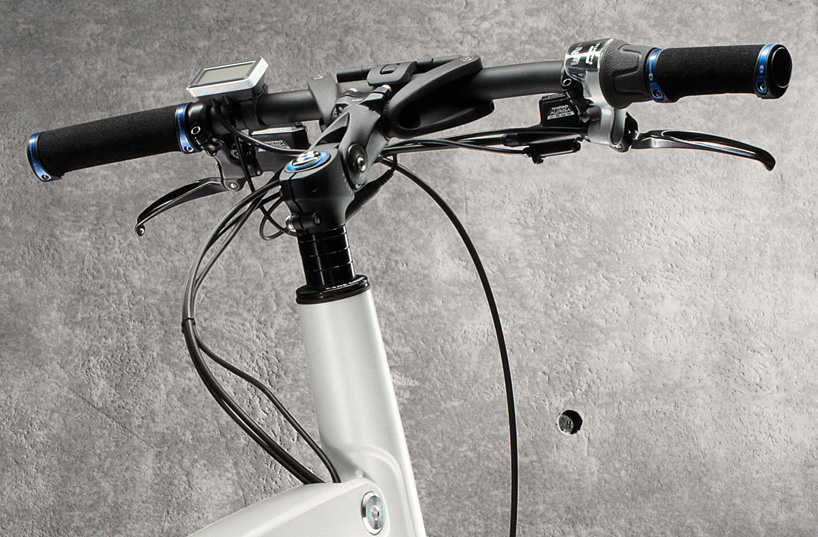 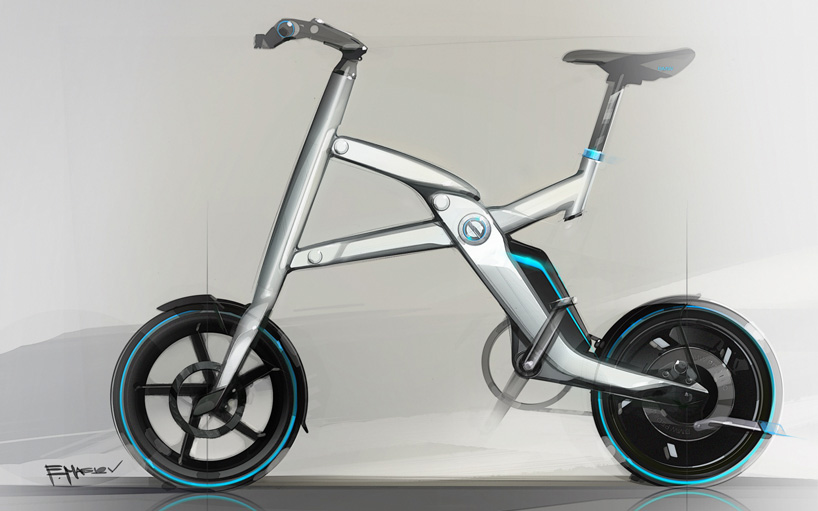 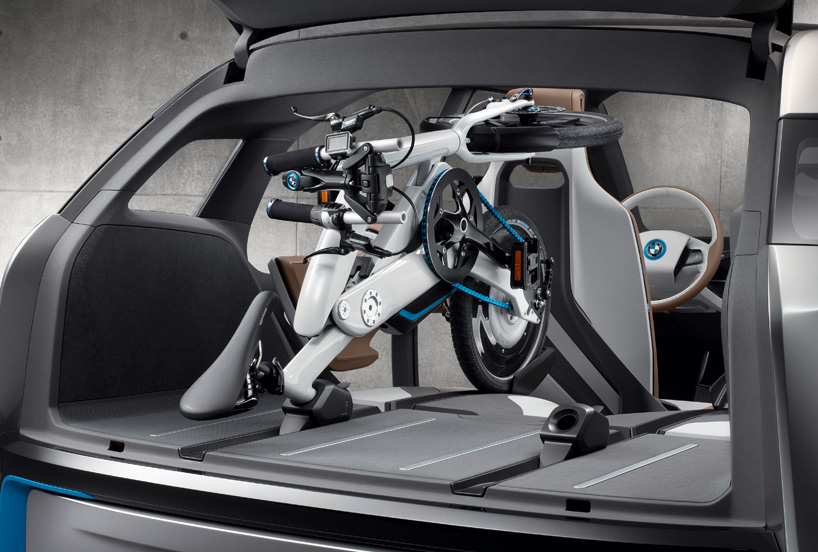 also on exhibition in the london storefront is a new model concept for the ‘BMW i3’, designed specifically to include storage space for two ‘pedelecs’

at the new london park lane store, BMW also showcased a new model of the BMW ‘i3’ concept car, first shown at frankfurt international motor show 2011 and now outfitted with materials and finishes with an eye towards sustainability. the instrument panel is composed of eucalyptus wood sourced from sustainably managed european forests, while the leather interior utilizes a natural tanning agent made of olive leaves. part of the ‘i‘ forward-looking sub-brand, the ‘BMW i3’ will be the first all-electric BMW vehicle in mass production, as the company has just confirmed the car’s release for 2013. 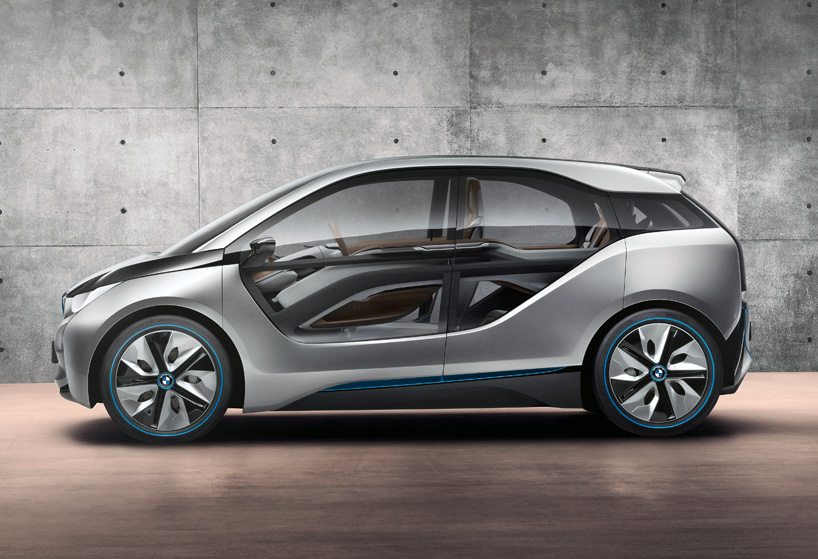 the new ‘BMW i3’ concept model 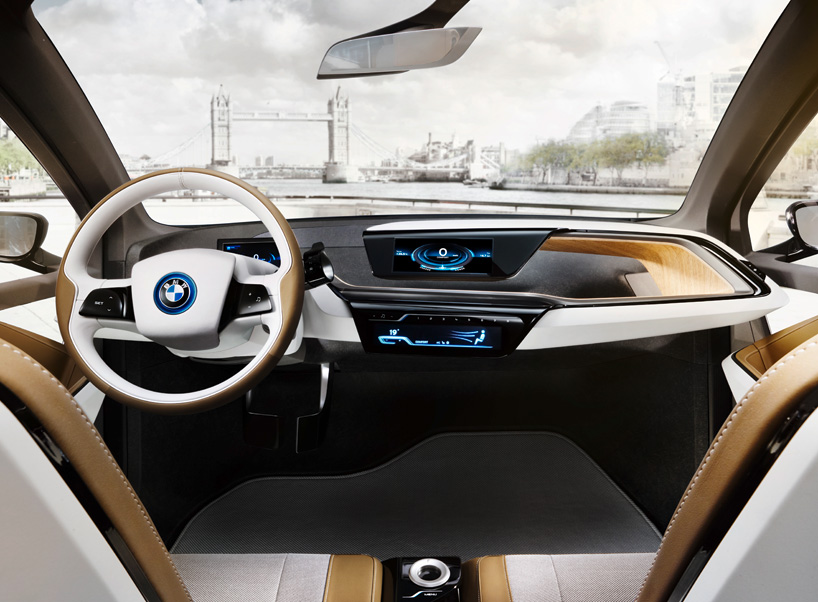 interior of the new ‘BMW i3’