update: BMW is set to publicly debut the BMW i3, the first of its all-electric series for production, in a simultaneous cross-continental unveiling in new york, london, and beijing on july 29th, 2013.

the new BMW i3 urban concept car makes its very first debut in north america at the 2012 L.A. auto show. scheduled to be released into the market in 2013, the lightweight 2,300-pound vehicle will take the leading role in sustainability in the automotive industry. the compact four-seat hatchback is entirely electric with an innovative battery cell system that is capable of charging 80% in only half an hour with a DC fast-box or 100% in four hours, 170 horsepower, 250 Nm (184 pound-feet) of torque, with an acceleration of 0 to 60 km/hr in under four seconds (0-100 km/hr in less than eight seconds), and a driving range of 80 to 100 miles.

some of the new features are the materials used in the interior, coming from sustainable sources, which also give the car a more natural lounge-like feel. although the entire floor is home to a massive battery pack, the light weight of the car stems from the new carbon fiber reinforced plastic (CFRP) body that weighs a fraction of the usual amount without compromising strength. digital technologies are fully integrated into the driving system and driver comfort, with the ability to link to your smart phone to assist in locating the car and nearby fueling stations. 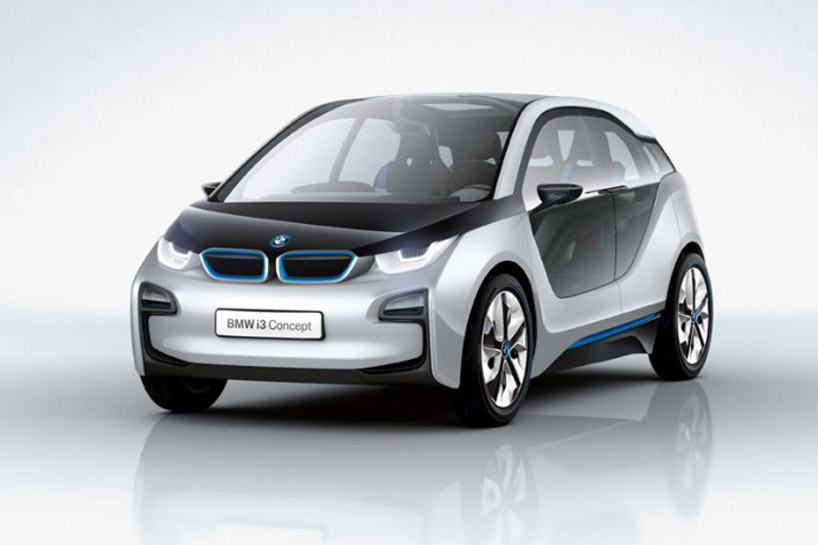 the i3 concept carimage © BMW 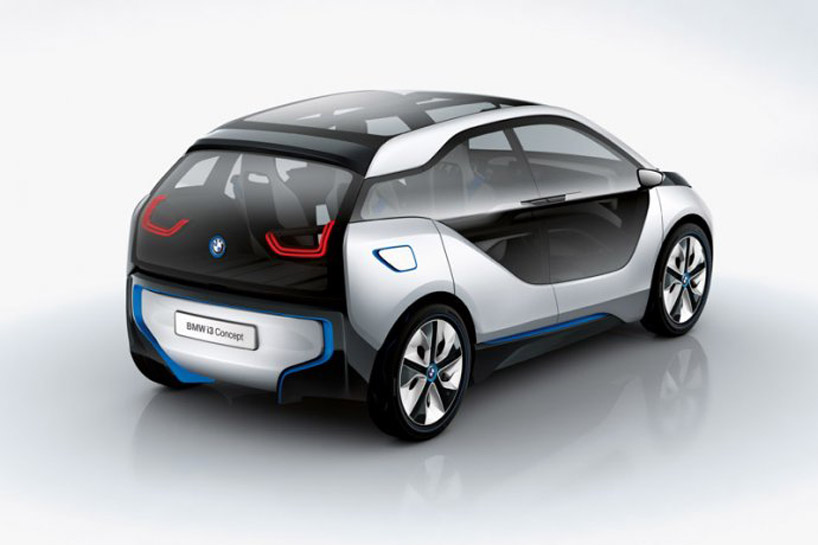 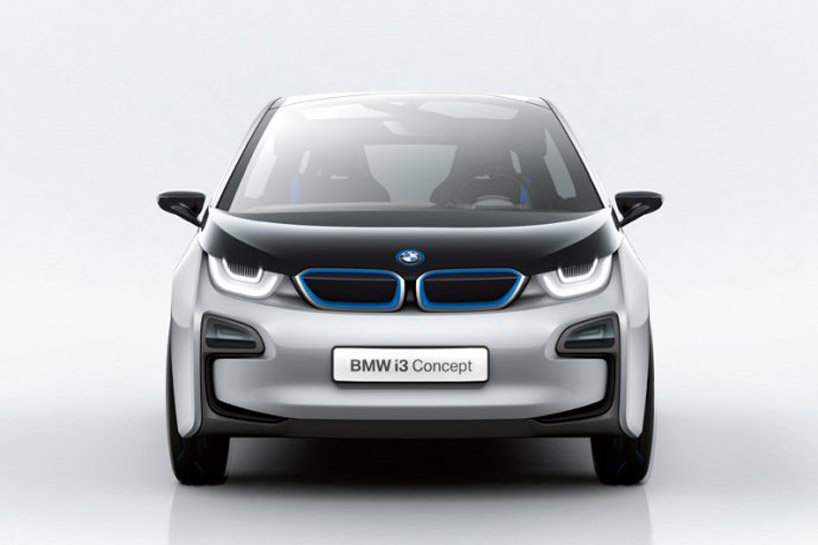 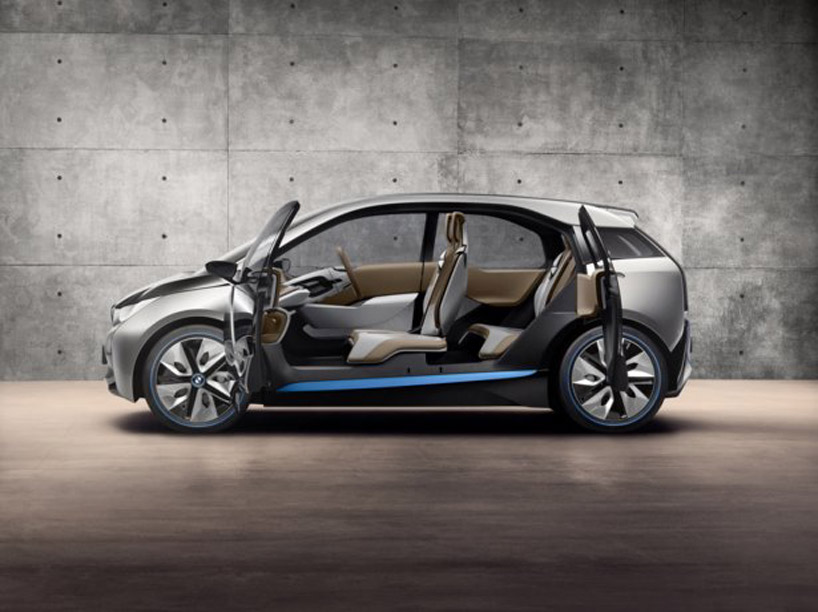 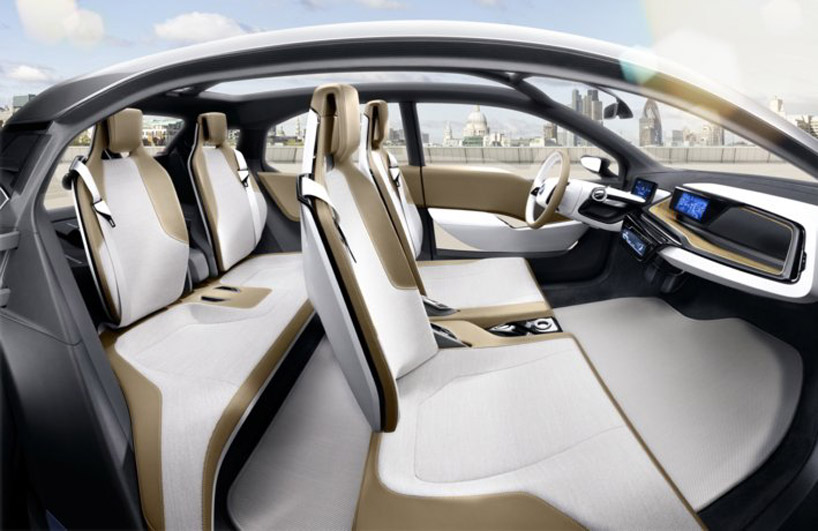 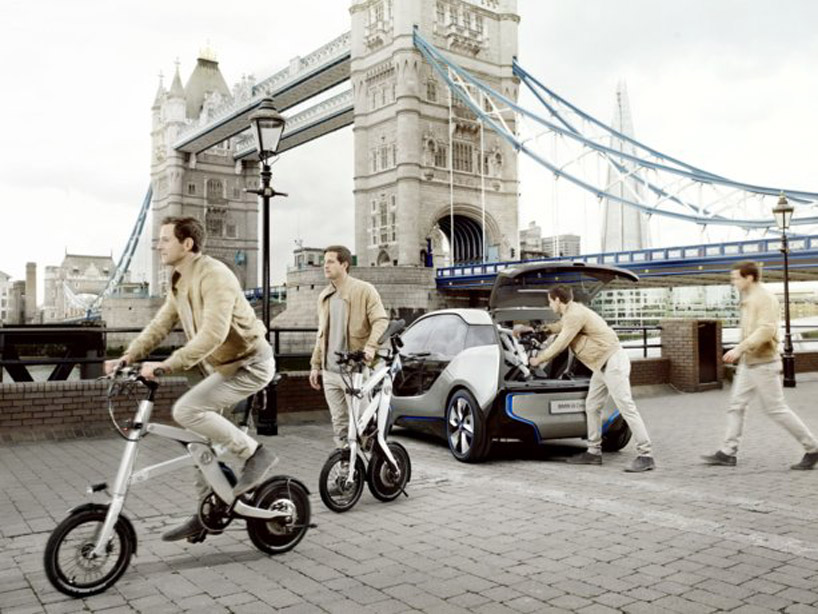 the i3 was not be the only piece at the auto show, as it was accompanied by its roadster cousin, the i8 concept (see our full coverage from beijing auto show here). the main difference can be seen in the motor, with the same electric powertrain capacity but with an added turbocharged 1.5 liter, three-cylinder gas engine. with a greater horsepower of 349, 405 pound-feet of torque and a sportier look, the i8 is the ideal form of transportation for the sustainably-minded speed addicts. 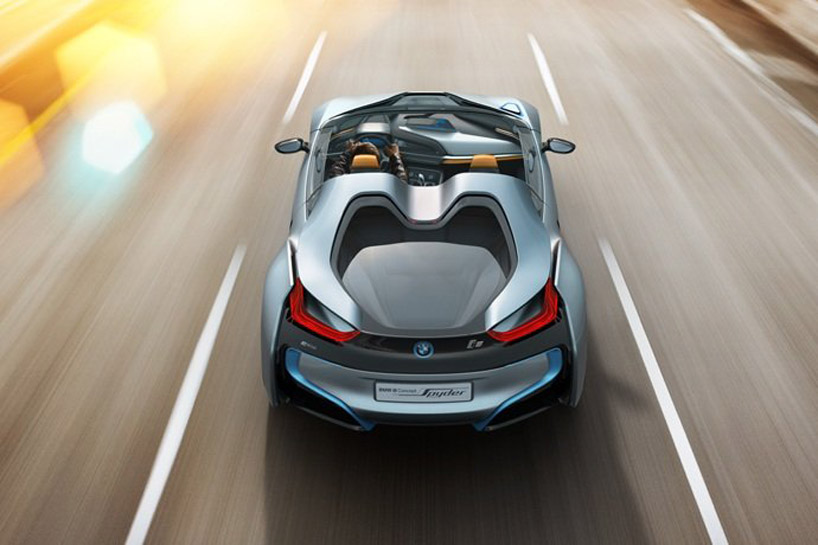 design concept for the i8 roadsterimage © BMW 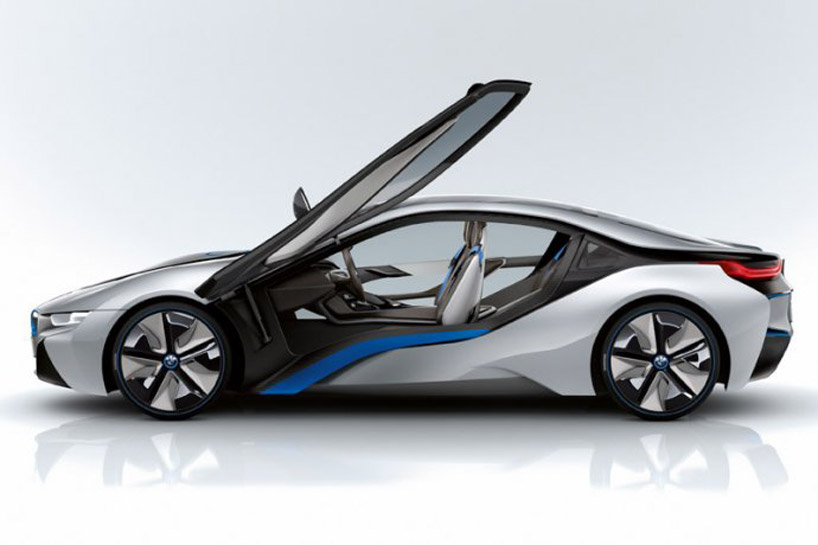 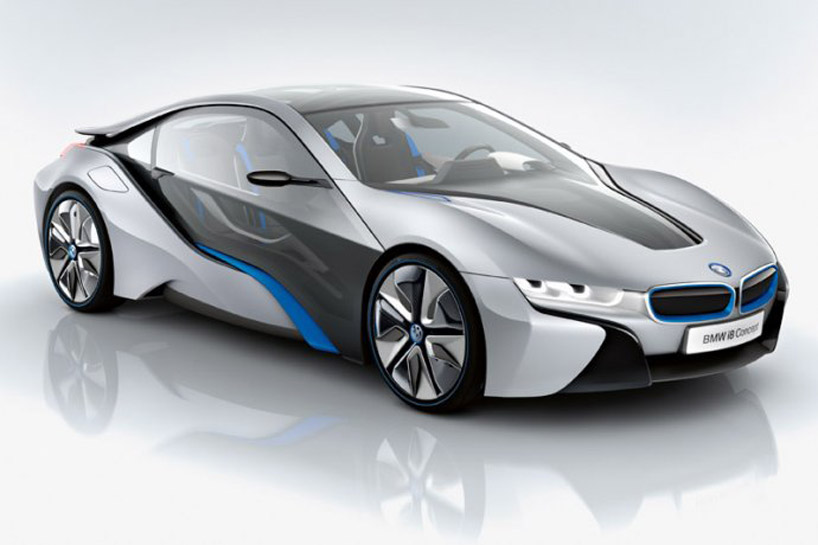 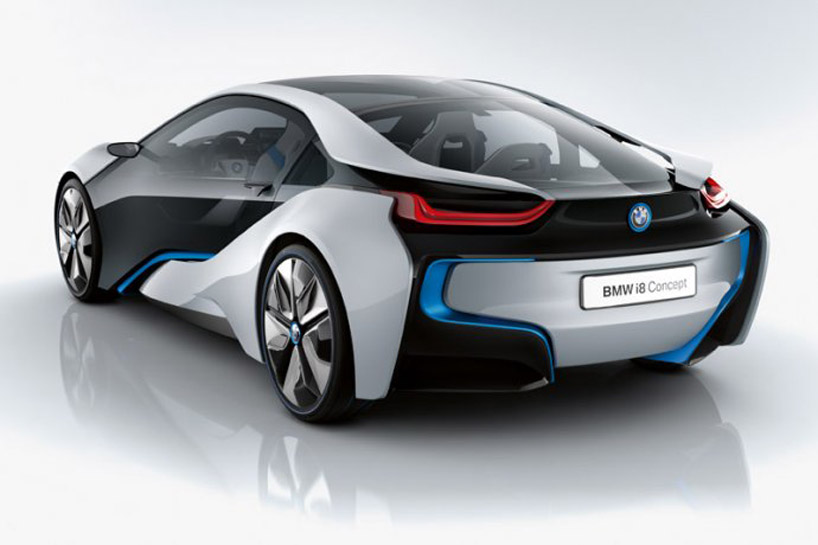 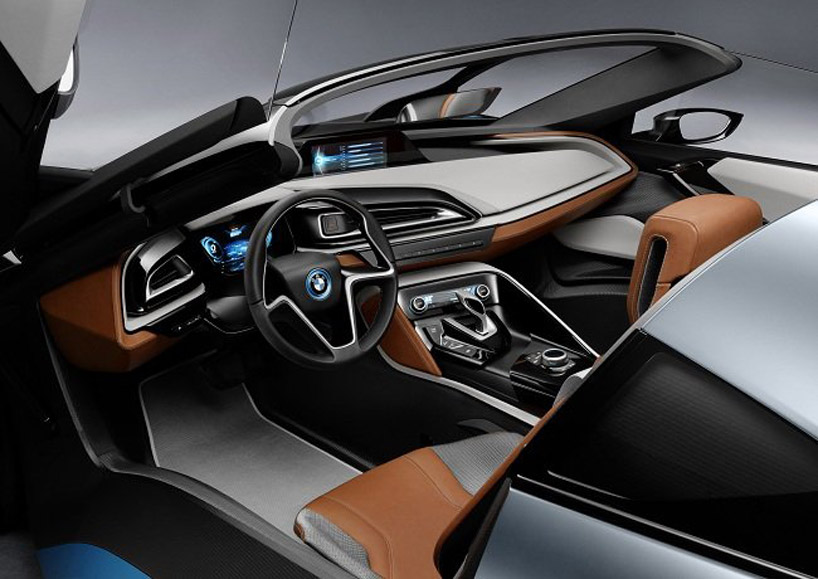 interior of the BMW i8 spyder conceptimage © BMW 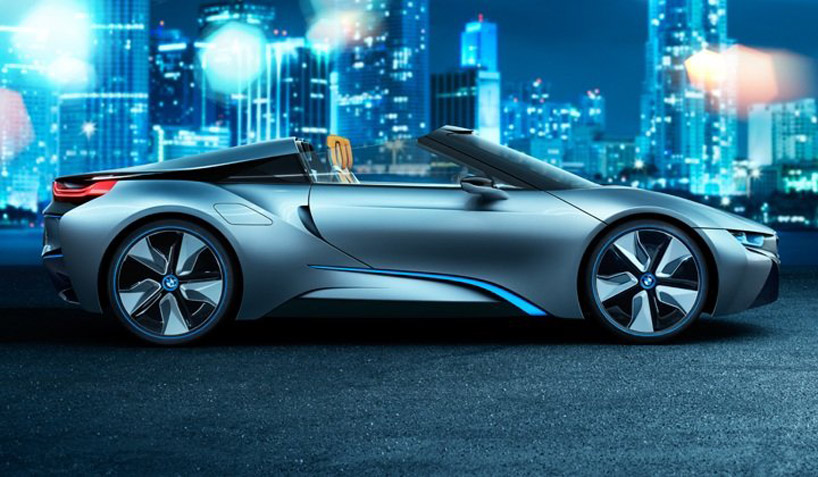 the BMW i8 electric roadsterimage © BMW