in recent years, rene turrek has become somewhat of a marvel with his automotive paint jobs. be it an ‘incredible hulk’ BMW ‘X6’or a pair of lamborghini ‘aventadors’ as the ‘invincible ironman’ and ‘captain america’, comic book and movie superheros have shaped his custom supercar designs. following his ‘dark knight’ version in early 2017, turrek has revealed his most villainous work to date; the BMW ‘i8 the joker’. 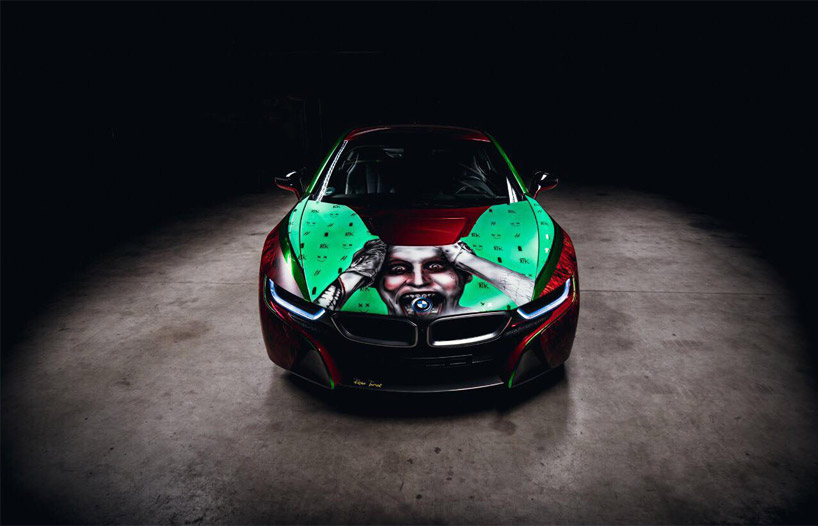 all images courtesy of rene turrek

as well as jared leto’s character from ‘suicide squad’ directly on the bonnet, the front of the BMW ‘i8 joker’ surrounds this print with remote control LED lighting, bringing a new meaning to electric automobiles. furthermore, as if painted by ‘the joker’ himself, the super car features laughing details along its red flanks, and white and black spades and skulls flowing towards the rear. its red, white and green paint job contrasts distinctly with the all black form of the ‘dark knight’ edition, and is hopefully the start of many more archenemy sets by rene turrek. 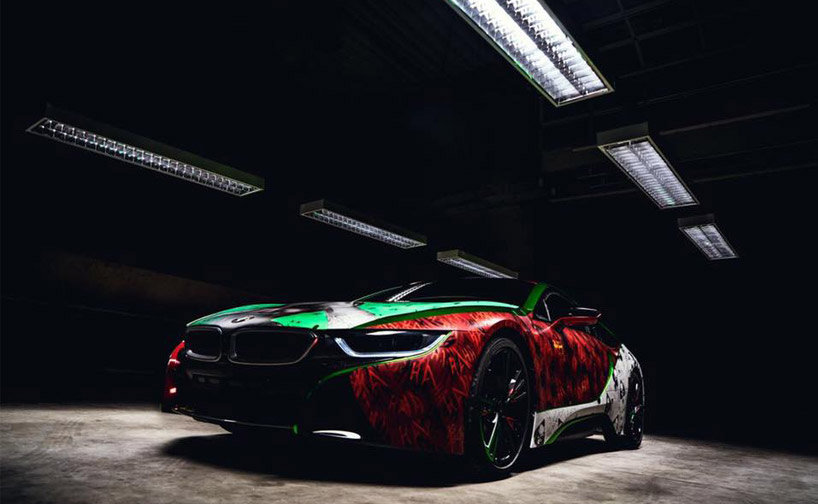 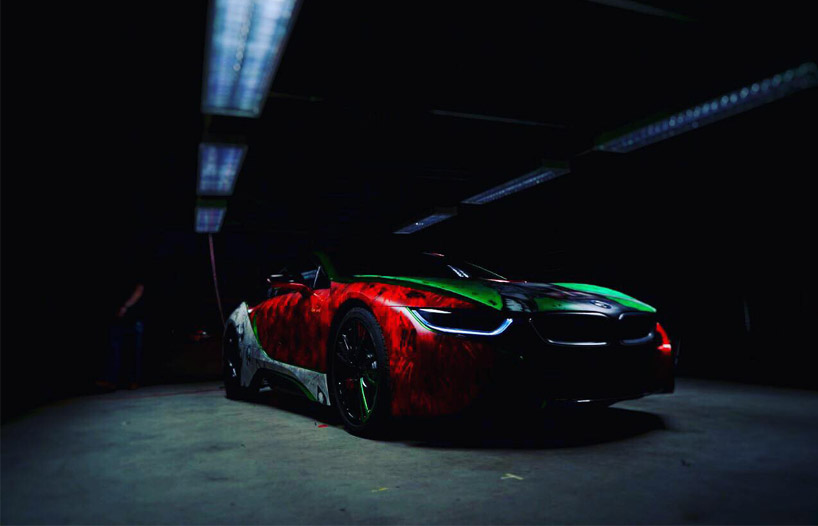 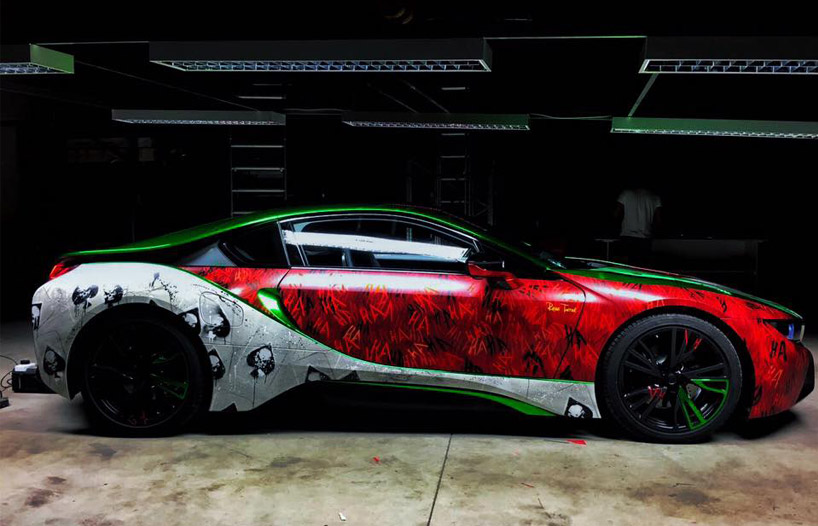 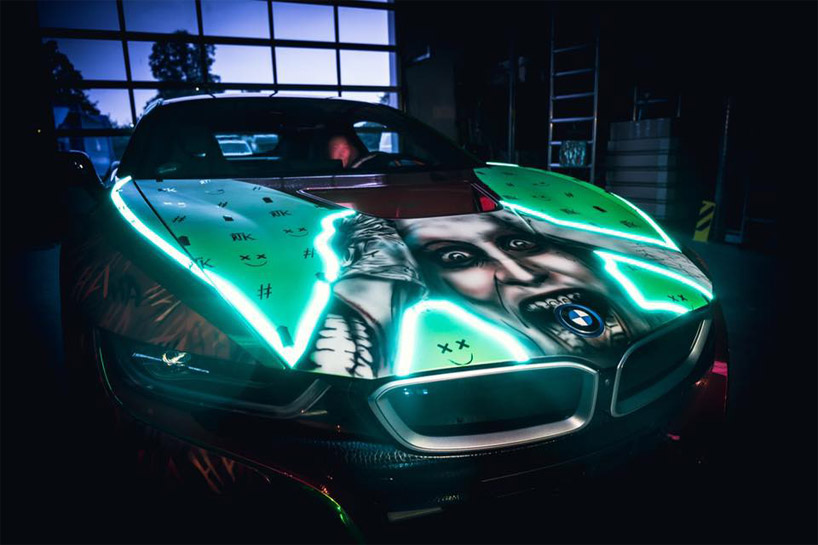 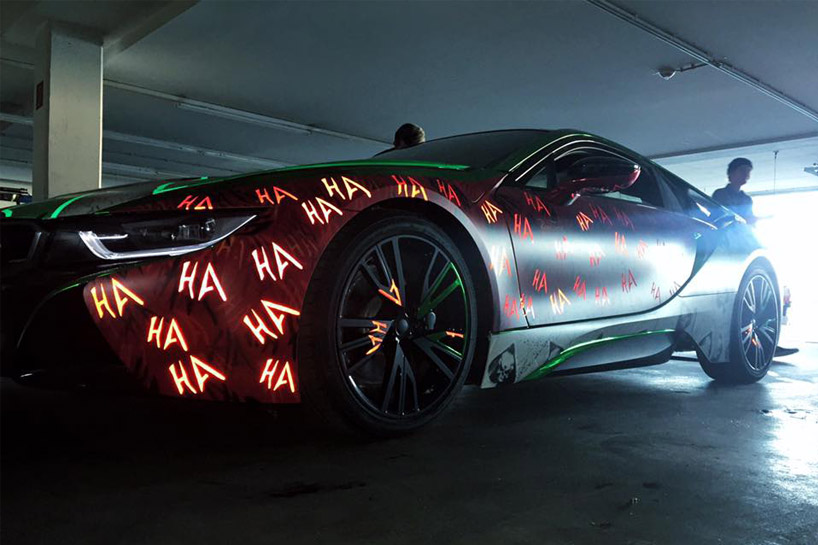 glowing laughs run down the flanks of the electric car 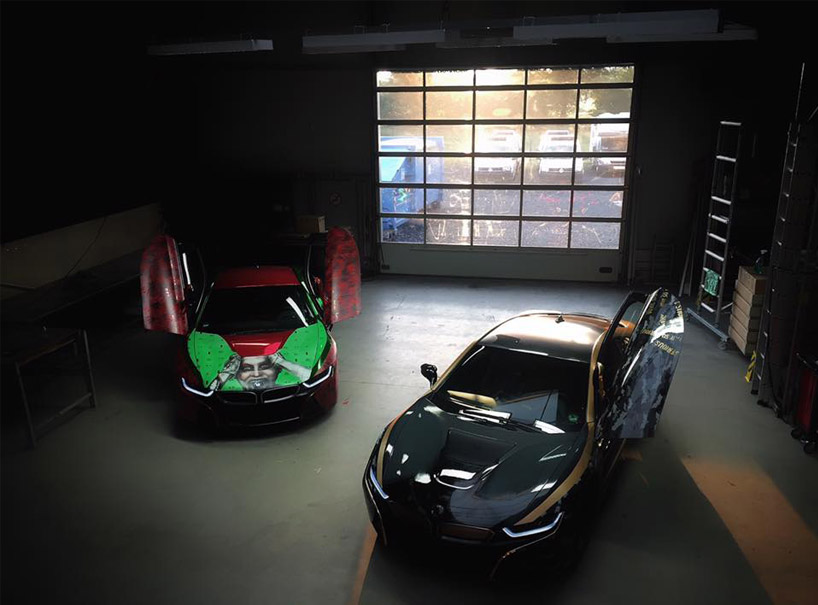 ‘the joker’ and the ‘dark knight’ BMWs next to one another