with the premiere of its ‘rocketman’ concept at geneva motor show 2011, BMW MINI has designed the smallest vehicle the brand has produced since 1959. measuring just under eleven feet in length, the three-door vehicle features three seats, with a fourth optional to add to the rear. the trunk capacity is likewise flexible, and accessible through a design that splits the cars tailgate into two parts: a top segment attached to the roof that lifts upwards, and a lower component which extends outwards from the body like a drawer. the car’s doors are double-hinged, sliding forward and out in addition to swinging open, to provide easy entry and exit even in close quarters. 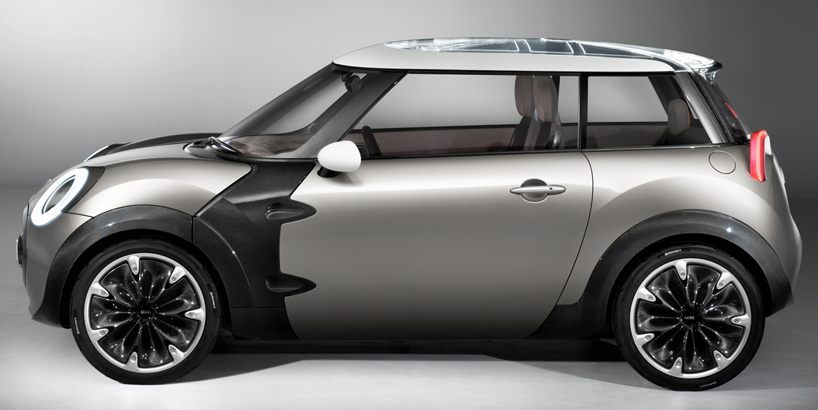 full view of the car 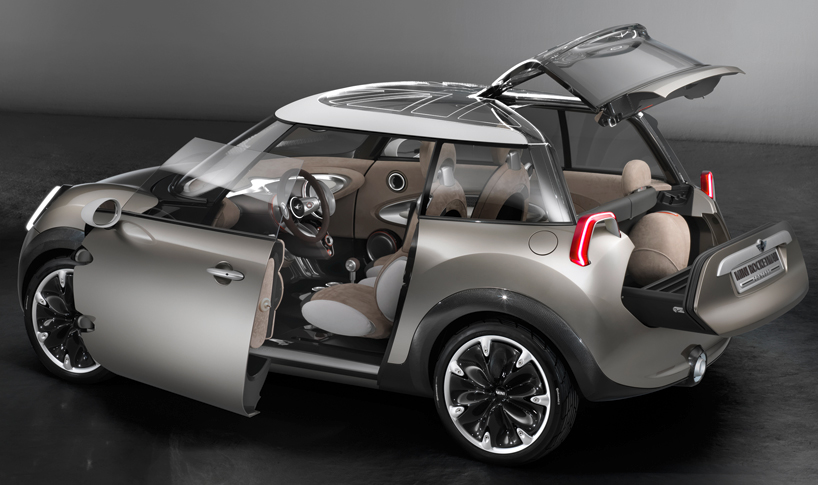 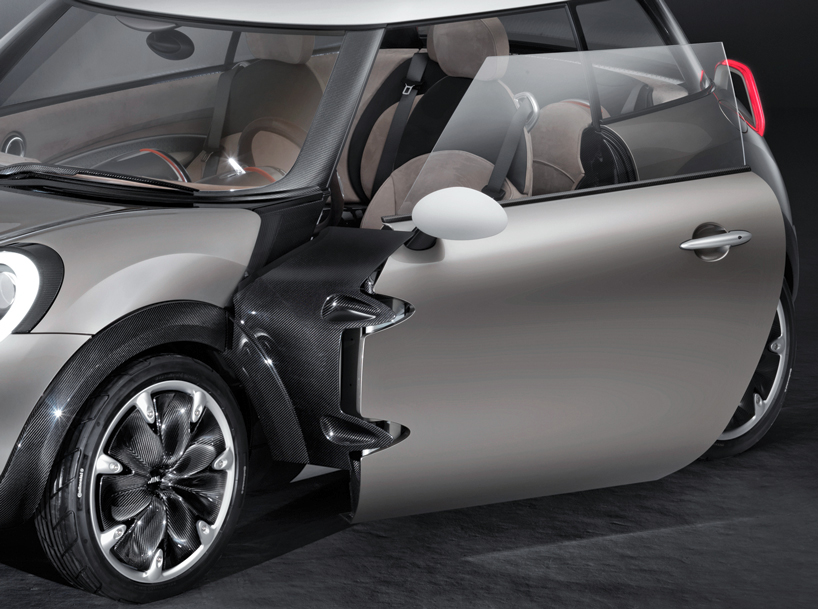 closer view of the double-hinged side door 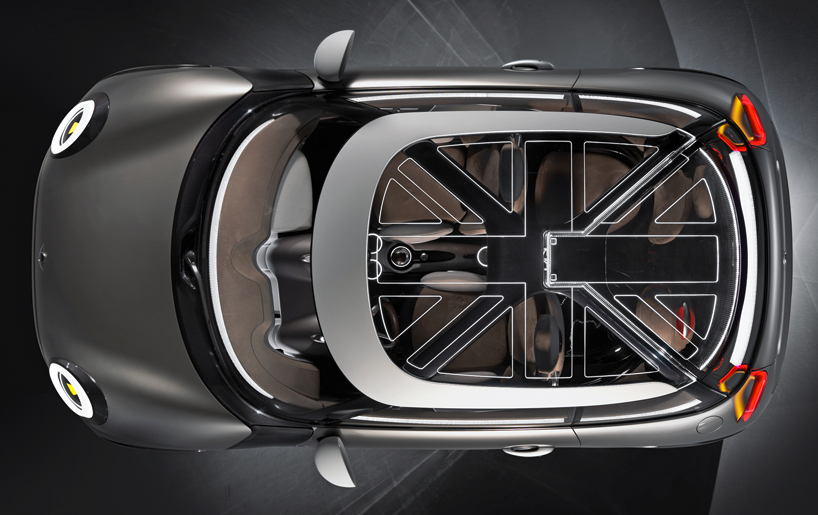 aerial view of the glass roof, whose crossbeams recreate the british flag

inside, the rocketman is designed with a leather interior and wrap-around light strip. the center control console and dashboard, operated through either steering wheel buttons or a trackball, features 3D graphic capabilities, allowing more immediately relevant information to be presented in the foreground, while less important data remains accessible but not distracting. three light modes illuminate the LED trim and details of the car in different colours and modes. 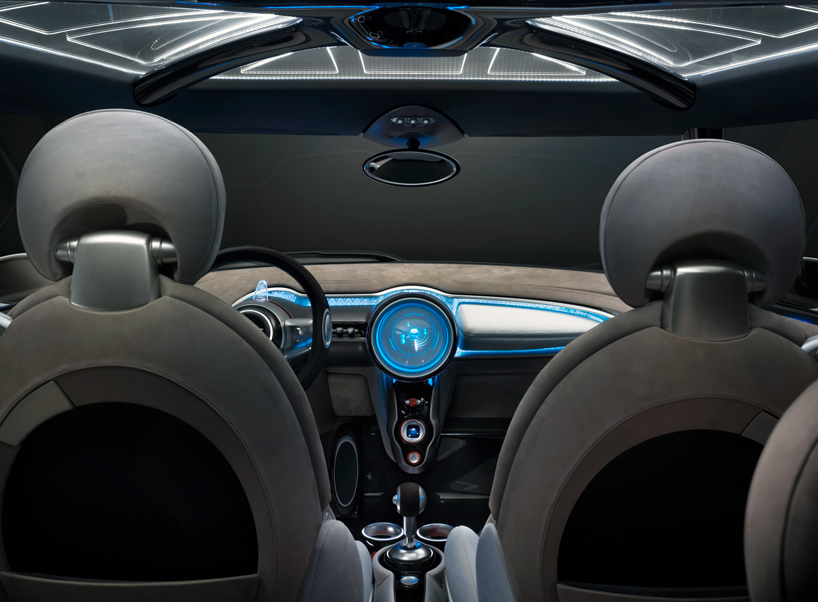 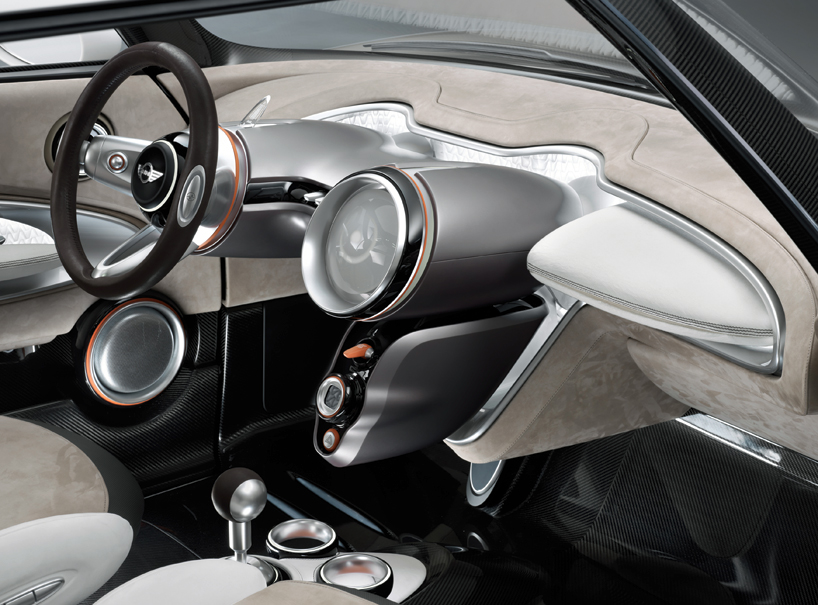 retaining the recognizable shape of earlier mini models, ‘rocketman’ features large headlights, chrome grille trim, and trapezoidal rear lights. wraparound windows are capped with a transparent glass roof, along which braces run to recreate the appearance of the british flag. the car is modeled on a carbon fibre frame, and enthusiasts predict that if produced, it will be powered by the BMW’s newly developed three-cylinder engines, capable of attaining upwards of 75mpg (3 litres per 100 kilometres). 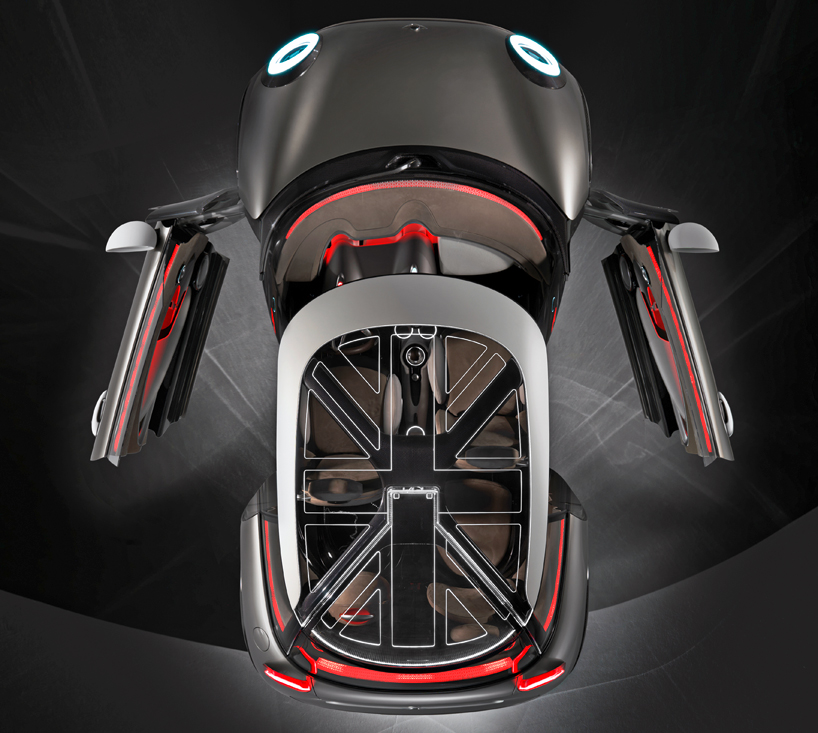 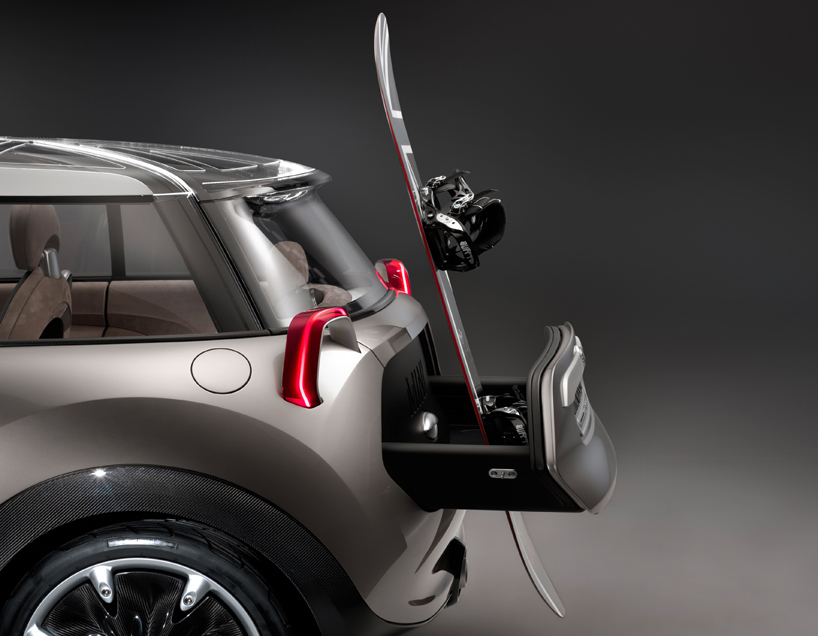 the tailgate drawer in use 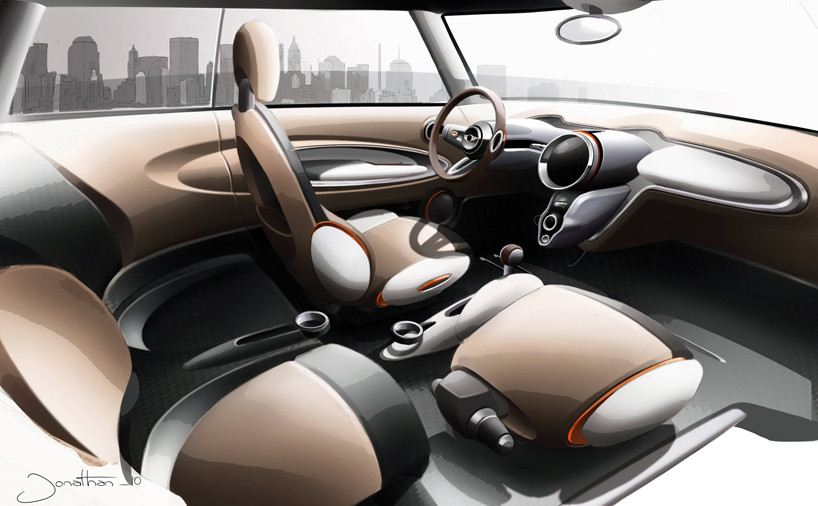 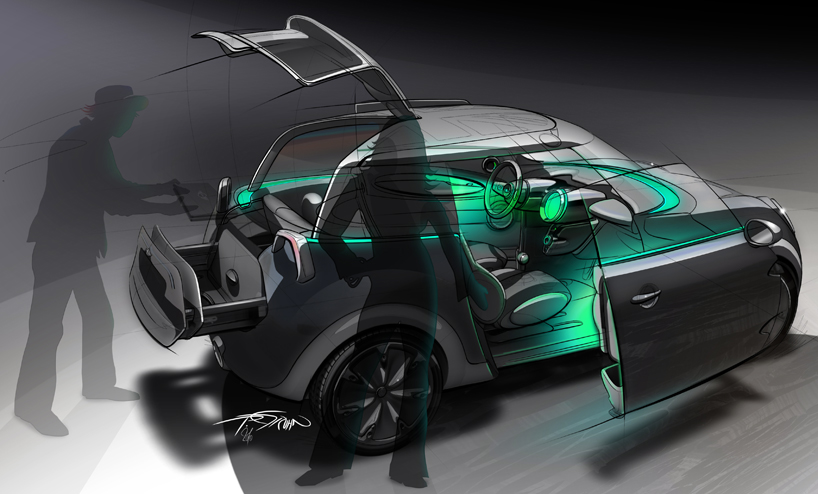 video describing the concept behind ‘rocketman’ 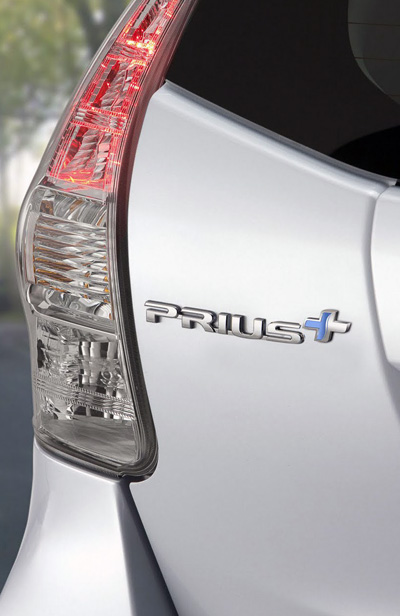 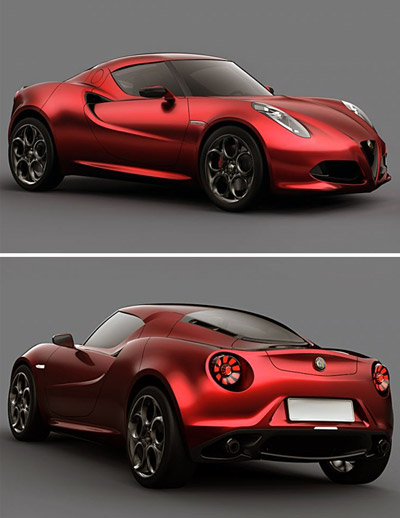 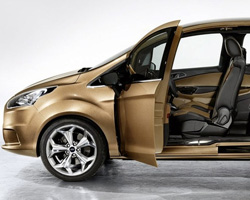 Oct 04, 2021
concorso d'eleganza 2021:10 rarest cars not on roads today, including marc newson's
see 10 of rarest cars on show at lake como, from marc newson's 1926 hispano suiza to the glamorous yet not so graceful gullwings of the only aluminum mecedes-benz 300 SL.
technology
532 shares
connections: +1110
SMART tire company startup reinvents the wheel using space-age NASA technology
invented for driving on the moon, the SMART tires are airless, and will never go flat.
technology
+1.1K shares
connections: +160