matching the grandeur of its setting on the shores of lake como at the concorso d’eleganza 2019, the BMW motorrad concept R18 debuted as an analogue statement in a digital age. six months later, just miles away at EICMA 2019 in milan, the brand births its more modern and dynamic brother. although based on the same big boxer engine, the BMW motorrad concept R18 / 2 is the stylistic opposite to the original motorcycle. it showcases how its heritage build can still be enhanced with flexible and highly personal customization options. 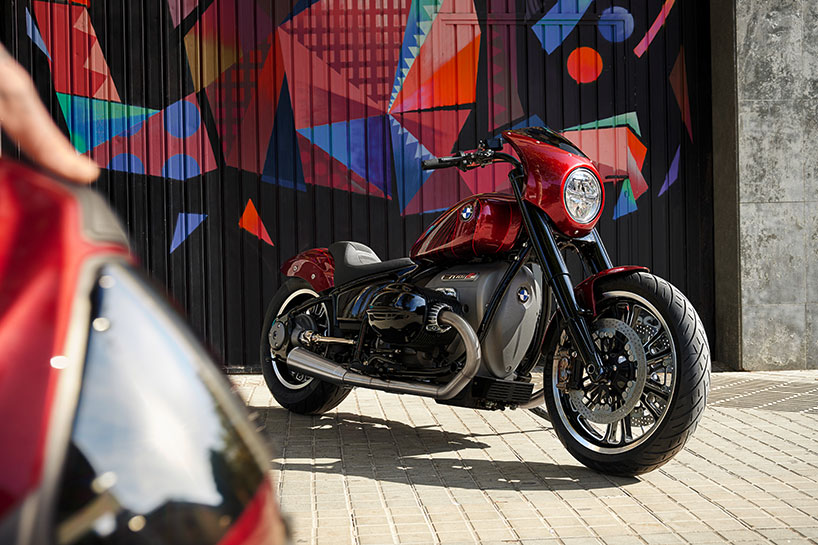 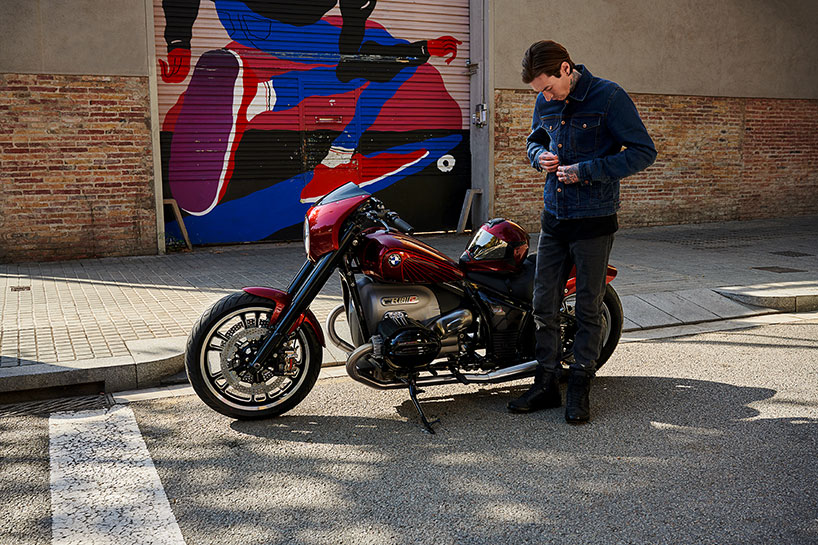 the BMW motorrad concept R18 / 2 celebrates the cruiser typology whilst adding more sportiness and modernity. this impression is immediate thanks to it elongated proportions, which extend from its minimalist handlebars at the front through its tear-drop-shaped fuel tank and seat to its shortened wheel cover at the rear. complementing its distinctive form with an equally eye-catching color, all body parts are finished in candy apple red. its metallic tone transitions from bright red to almost black depending on the lighting. the style is then complete with highly contrasting graphic lines that run along the full length of the bike. 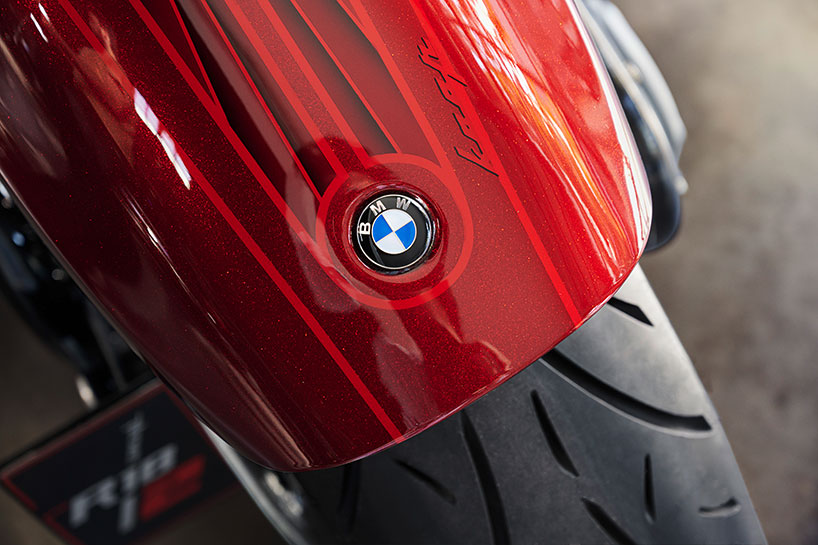 like its brother, the heart of the new concept motorcycle is its big box engine. the large 2-cylinder engine with 1800 cc – including modern air/oil cooling – has been designed in a 1960s aesthetic. with a warm gray tone, its valve covers are finished in a high-gloss black and its frame is perfected in black, too. the motor is showcased and left visible on the body, apart from an integrated breast cover, to complete its dynamic look. 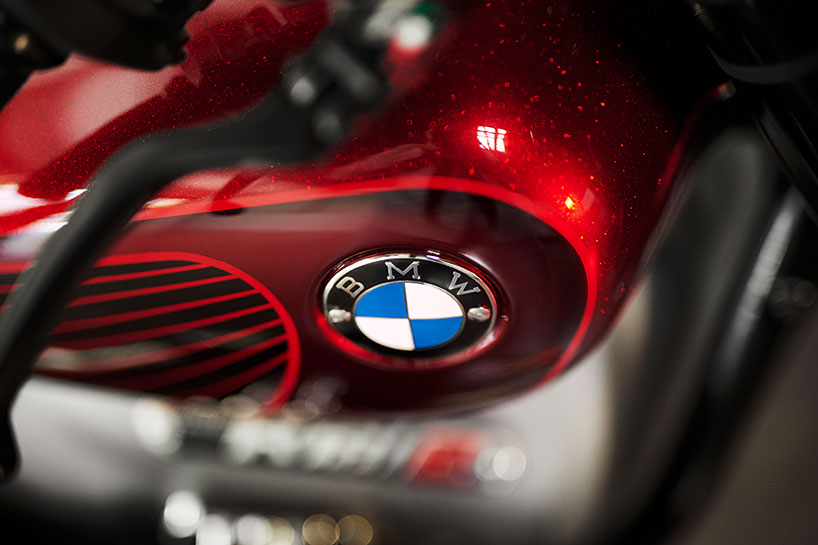 with its elongated and vibrantly-colored design, the concept showcases the versatility options of the ‘big boxer’ platform. ‘after the BMW motorrad concept R 18, our aim with the concept R 18 /2 is to demonstrate how flexible the basic engine and suspension are as a starting point for customisation, and how easy it is to authentically realize different styles. and I have to admit: we were very impressed at how it was possible to bring this boxer concept forward from the 30s via the 80s into the 2020s,‘ says bart janssen groesbeek, BMW motorrad vehicle designer for the big boxer concepts. as if a dragster, the motorcycle displays this customization with radically new break calipers and a stainless steel tailpipe. 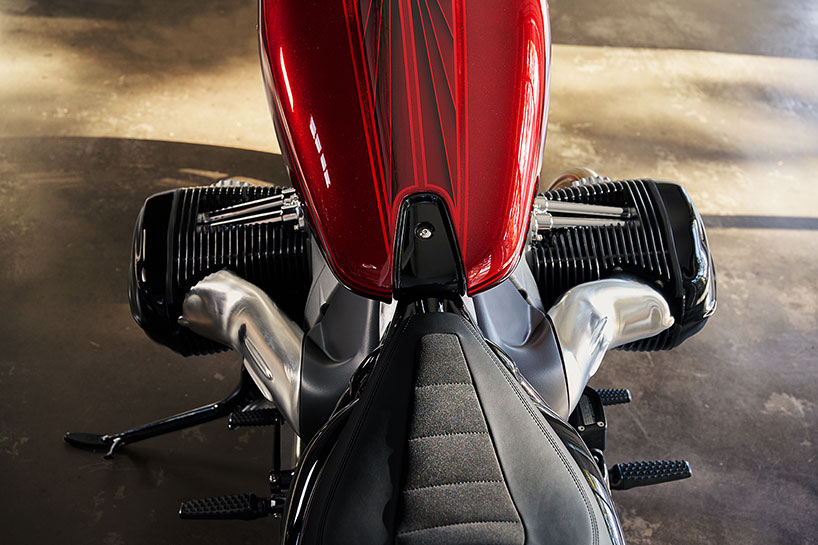 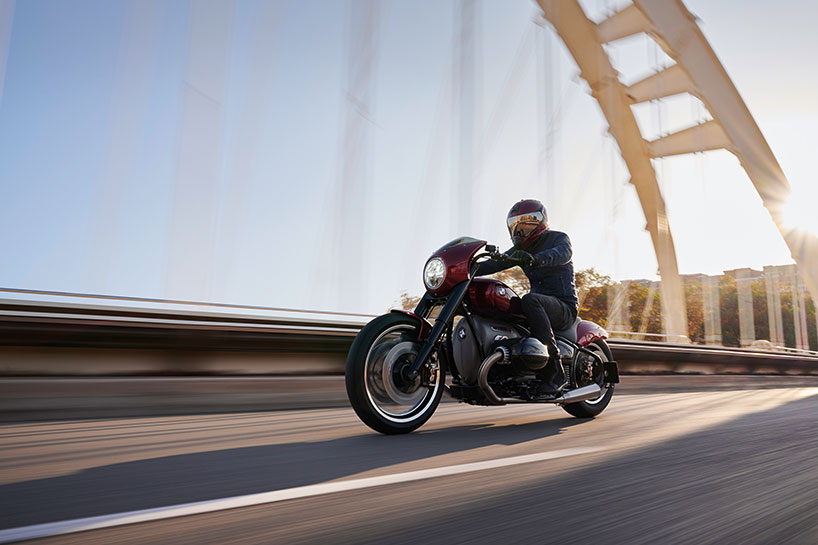 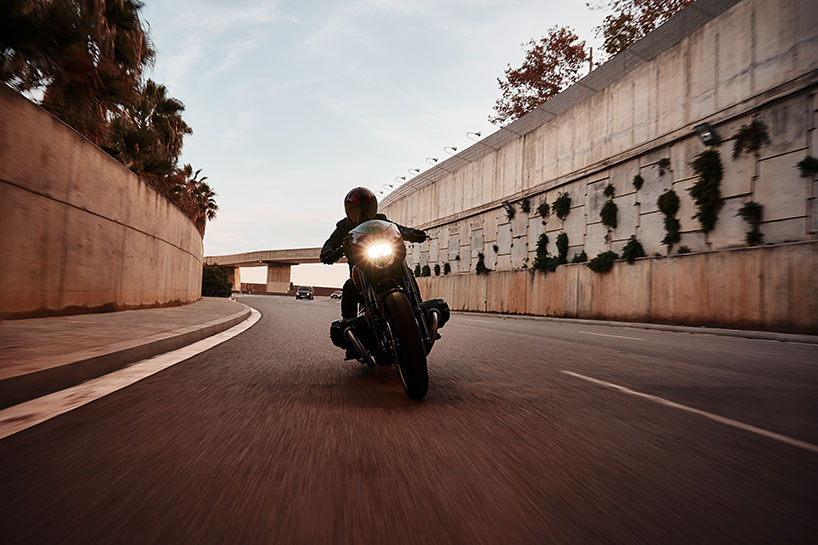 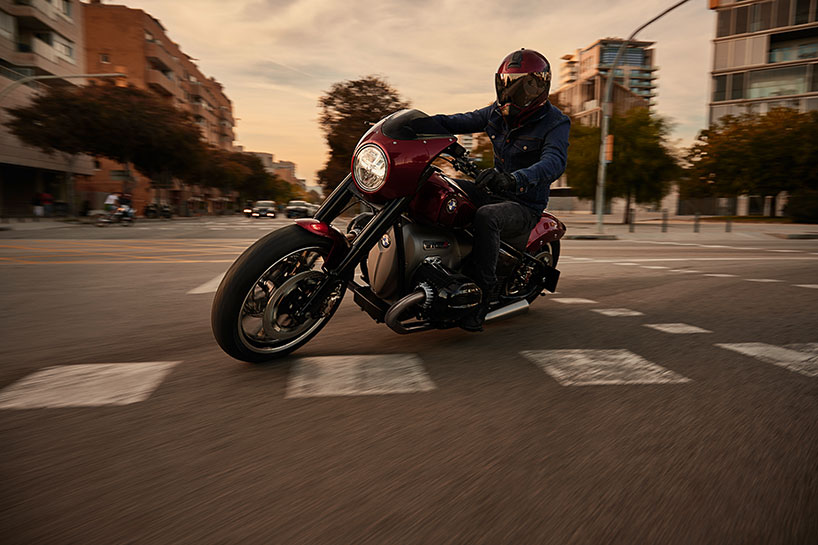 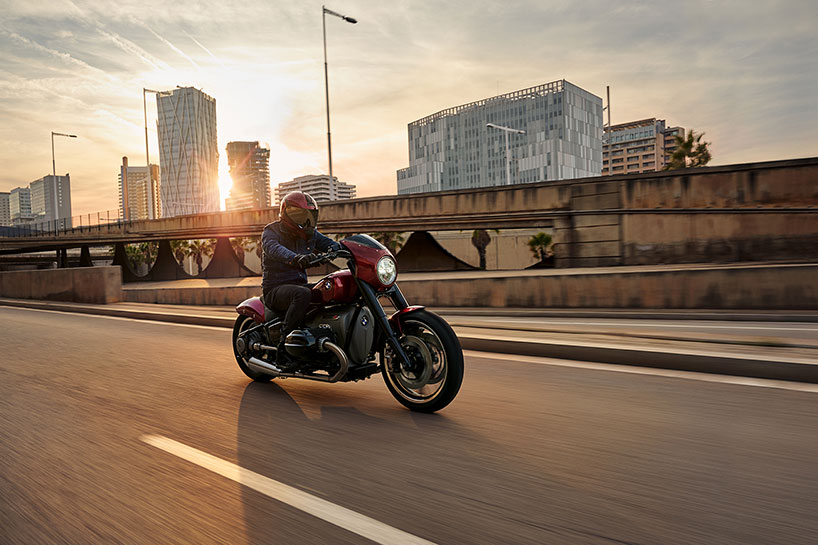 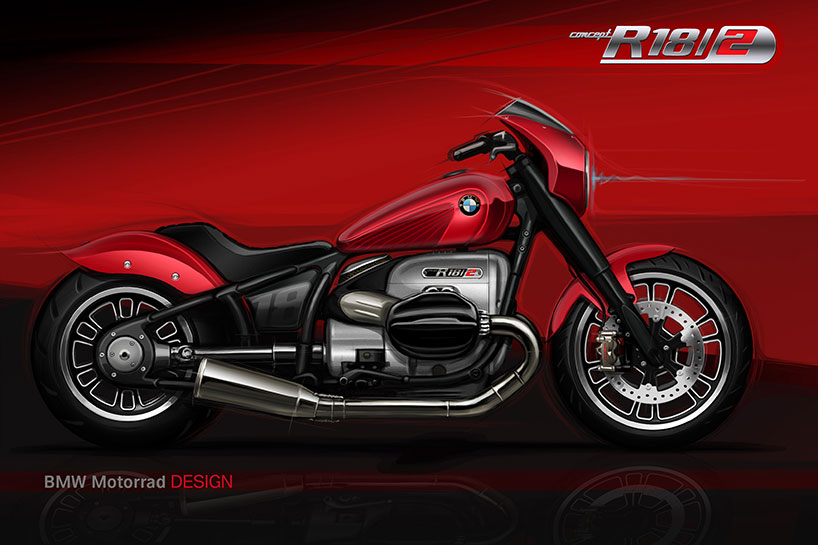 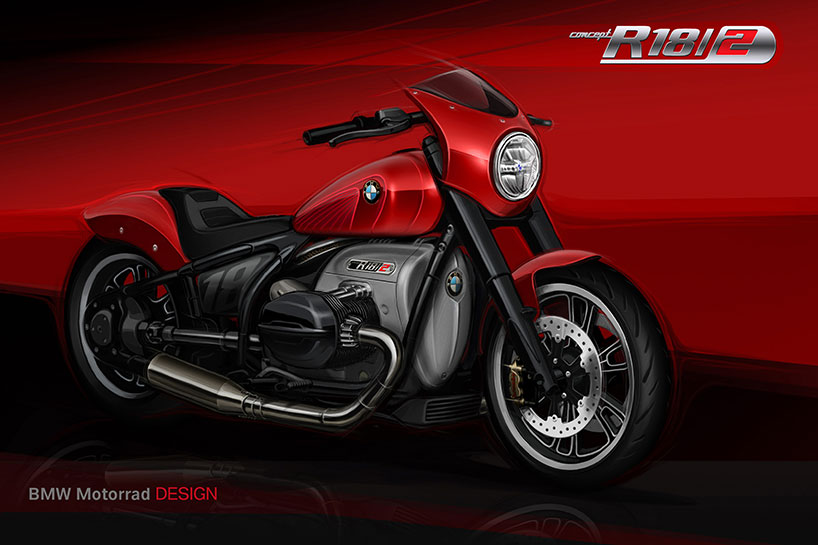 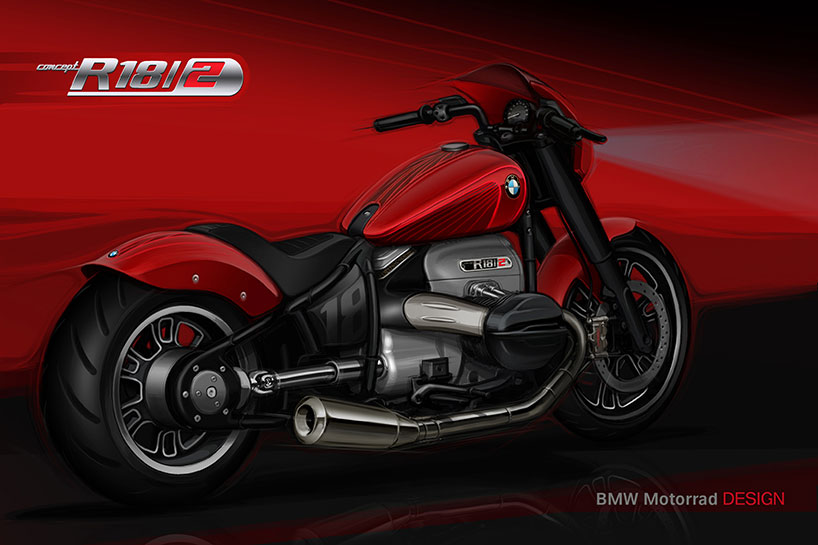 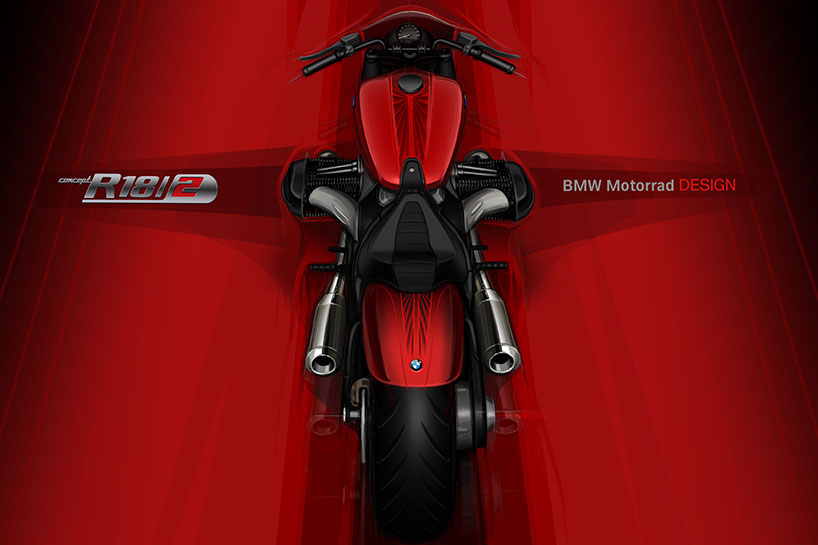