during 2019’s edition of the ‘wheels and waves’ festival in biarritz, france, BMW motorrad presents the new ‘type 18’ R nineT scrambler custom bike built by auto fabrica. this most recent interpretation, developed by brothers bujar and gazmend muharremi, began with the duo taking inspiration from the BMW museum in munich. after marvelling at the array of automobiles and airplanes on display, they ‘fell in love’ with the older models of the 20th century and decided to look to geometric architecture and aircraft design as the starting point for their modification of the ‘type 18’. 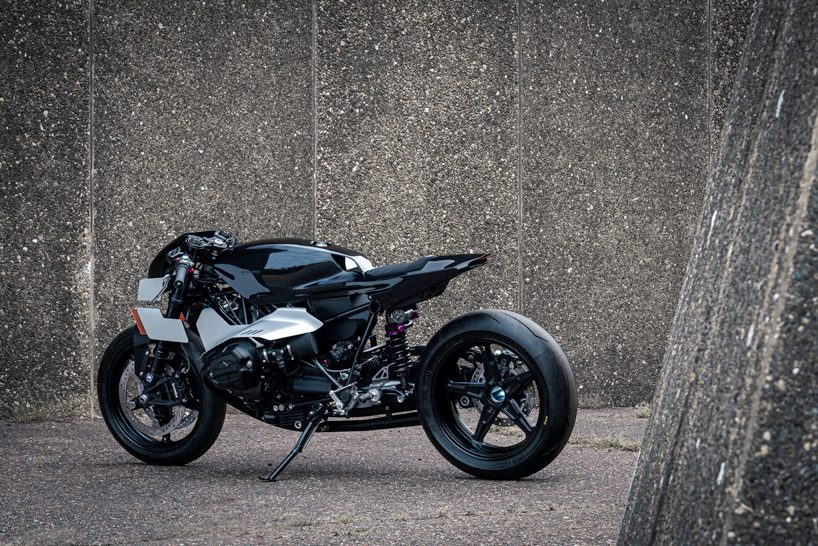 all images courtesy of BMW

with their guiding philosophy of ‘less is more’, the bike by auto fabrica incorporates a shapely form and curved lines, resulting in a ‘retromodern’ aesthetic that errs on the side of futuristic. focusing on refined details and high-quality construction, the modification took over a year to complete as the duo in fact designs, prototypes and manufactures the conversions under one roof. the brothers even handcrafted the bodywork from aluminium cladding and seamlessly integrated it into the original framework. 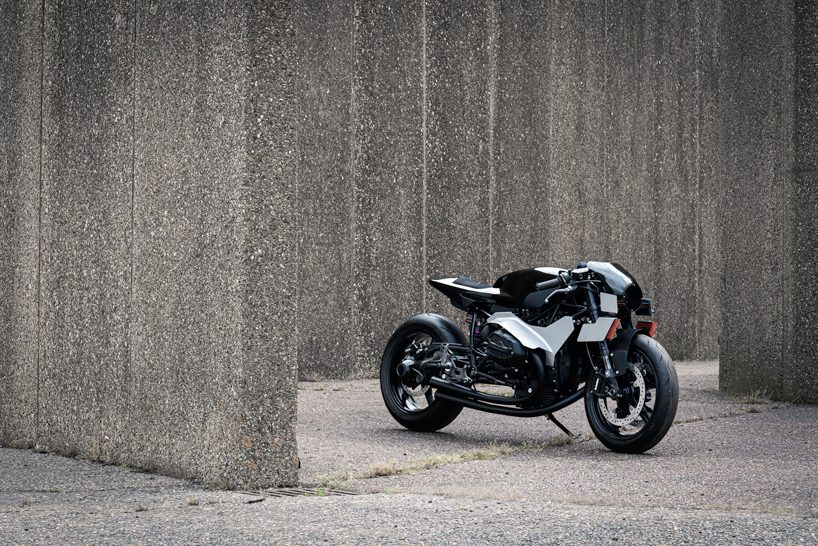 with regard to the detailed specifications of the new ‘type 18’, the headlight brackets have been made from 3D printing and the hand-made exhaust pipes are formed from sandblasted stainless steel. the bench has also been custom-made in house by auto fabrica, while the handlebars are provided from renthal. the forks are from a BMW S 1000 RR and the lever and belt cover are option 719 parts, while the rear shock absorber is made by maxton engineering. 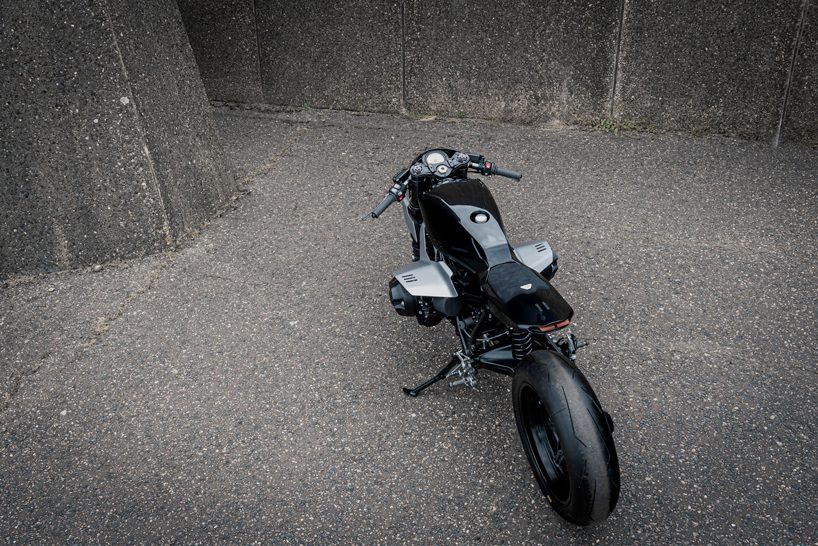 presented during the 8th year of the ‘wheels and waves’ festival in the stunning coastal setting, this new modification results in a futuristic concept of the ‘type 18’. with the combination of shapely bodywork and subtle details, the duo has ensured a very exciting version of the BMW bike. ‘the bike is a retromodern, conceptual design study that transcends the boundaries of vehicle design’ – auto fabrica. 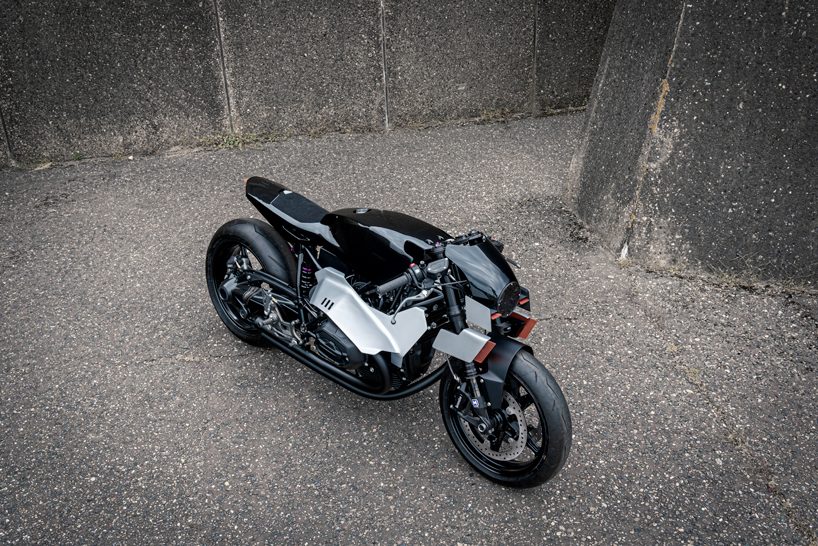 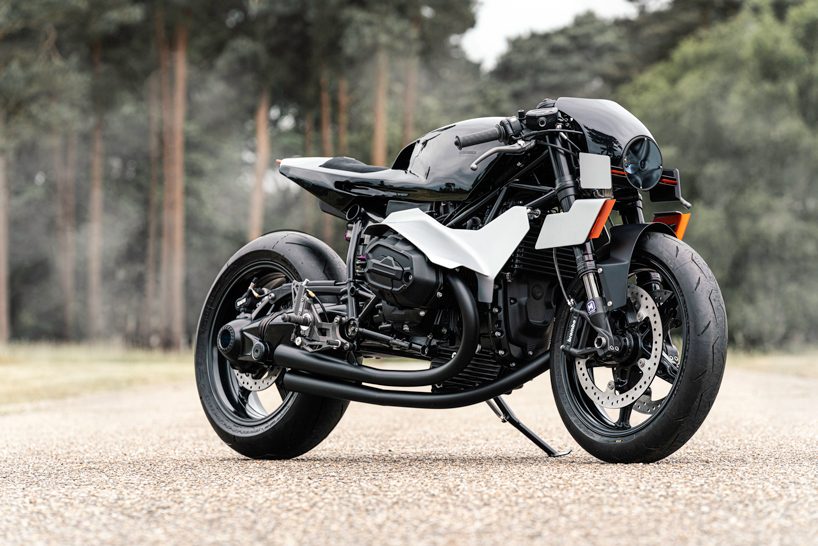 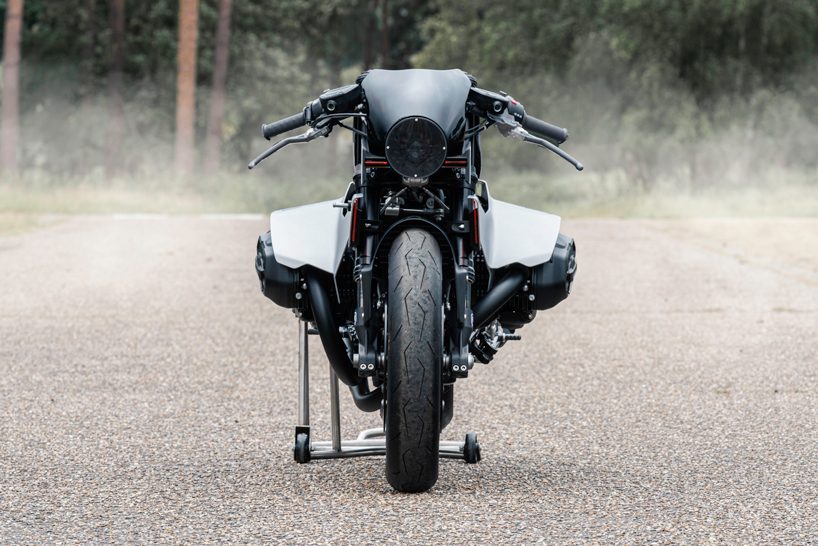 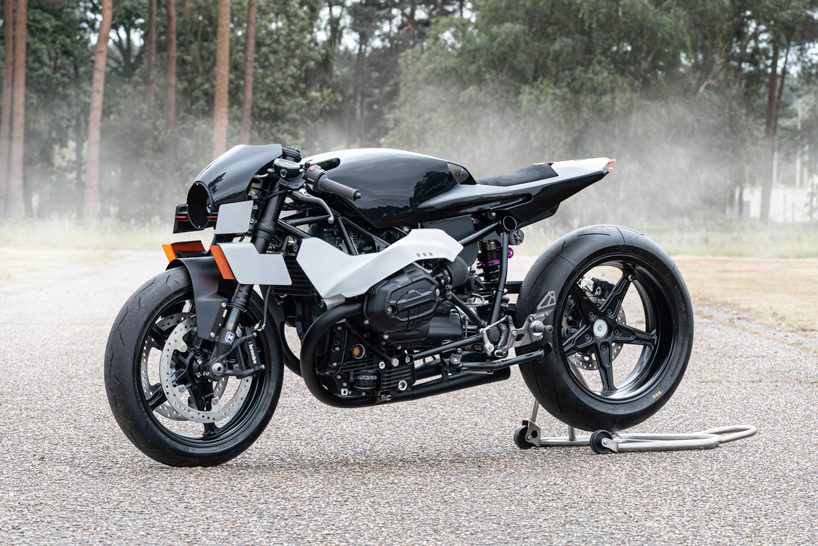 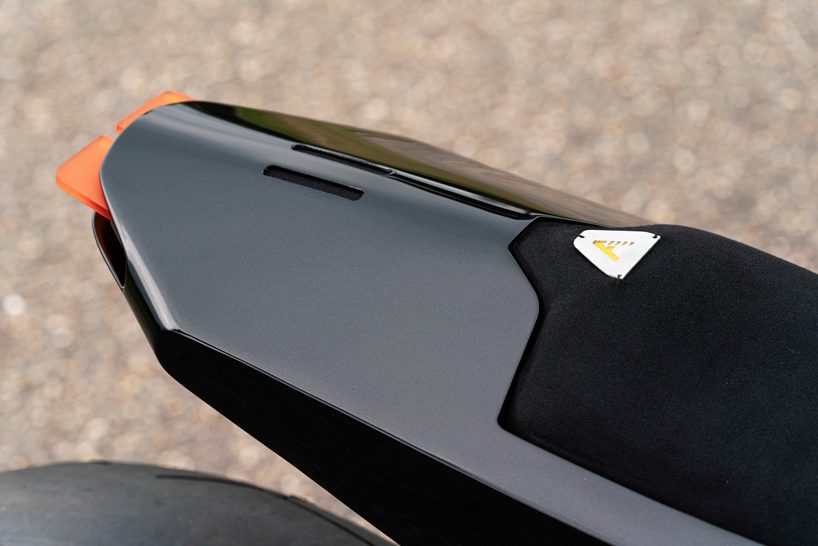 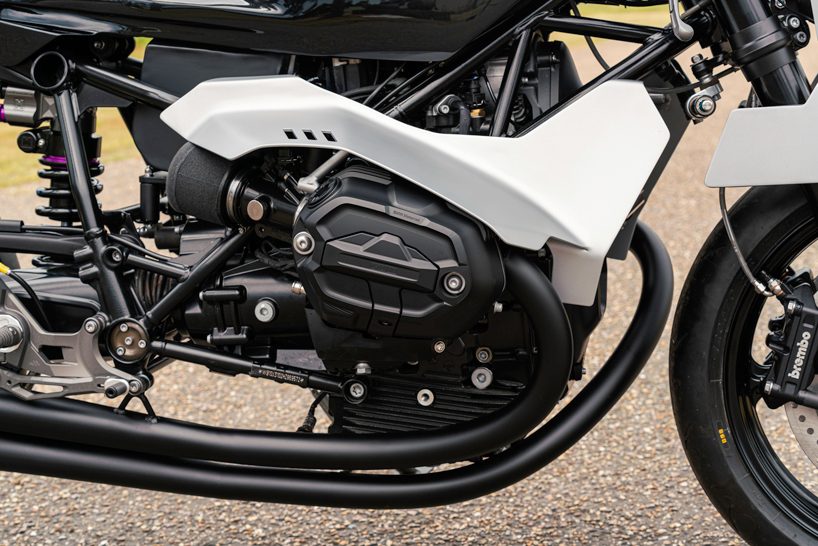 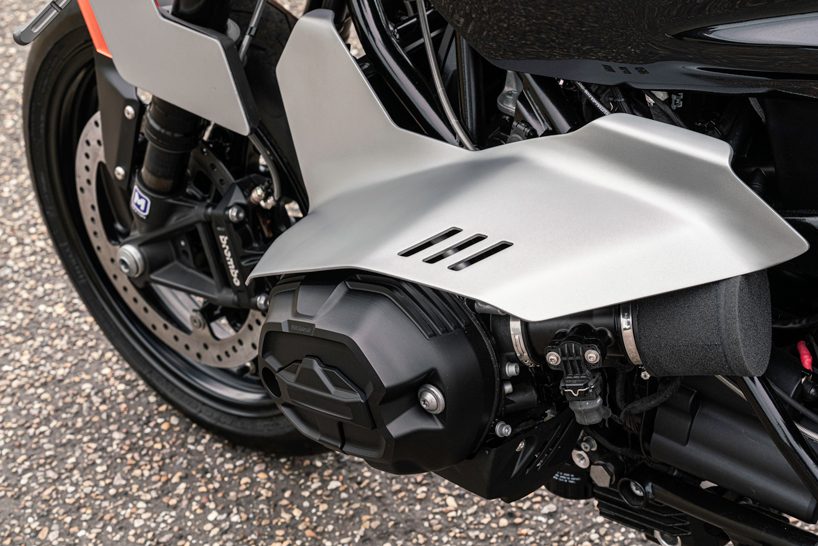