dubbed ‘the whale’, vagabund moto’s latest project is a bare-metal BMW ‘R100R’ custom café racer that is simply outstanding. based in graz, austria, designer paul brauchart and mechanical engineer philipp rabl have been operating as vagabond moto for two years, building seven custom motorcycle’s during that short period, each showcasing a minimalist form with a unique style. vagabund are unveiling their handsome ‘V07’ to the public at the 2017 moto circus festival in vienna. 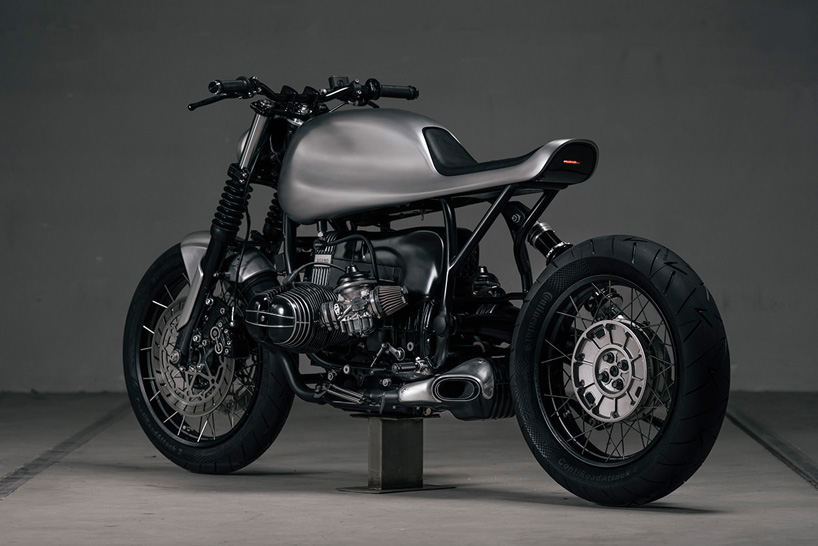 vagabund moto started with a 1993 BMW ‘R100R’ and began stripping it back to the bare essentials. the team turned to blechmann for its metal-shaping expertise, while it handled the design. the BMW’s sleek, new profile is captivating, while an acrylic panel is incorporated into the tank in front of a pop-up gas cap. the boxer’s original tank and seat are gone, replaced by a bespoke monocoque unit. 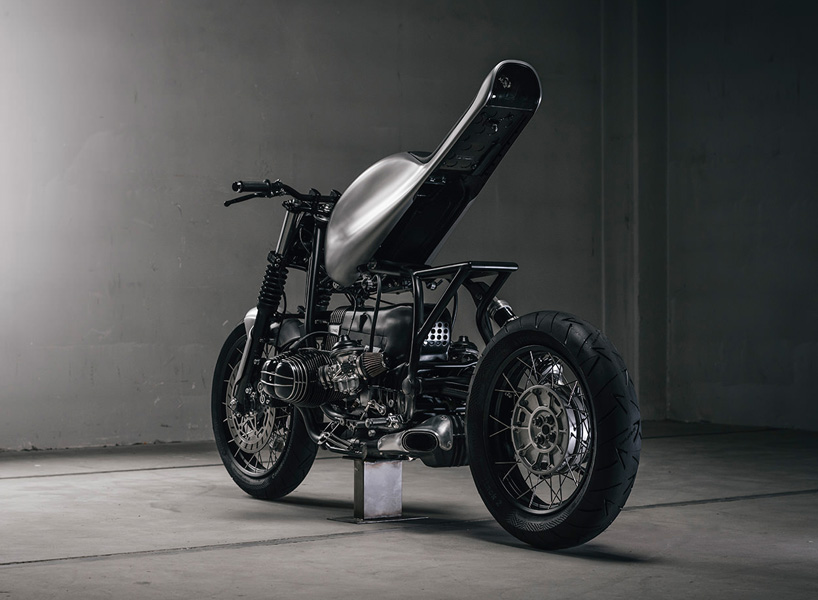 the austrian garage has also given ‘the whale’ a couple of hidden moves. tugging on a hidden cable releases the tail-end of the bike’s body with an OEM-style seat latch. it can be lifted up effortlessly with a bespoke aluminum hinge, powered by a gas shock. lifting the tail reveals a rugged, hand-sewn leather valet tray by werkdorf that features a stormproof lighter, a leatherman and a matching card wallet. vagabond moto has replaced the ‘R100R’s’ heavy battery with a svelte lithium-ion unit, then modified the airbox, and ignition coil to house it. 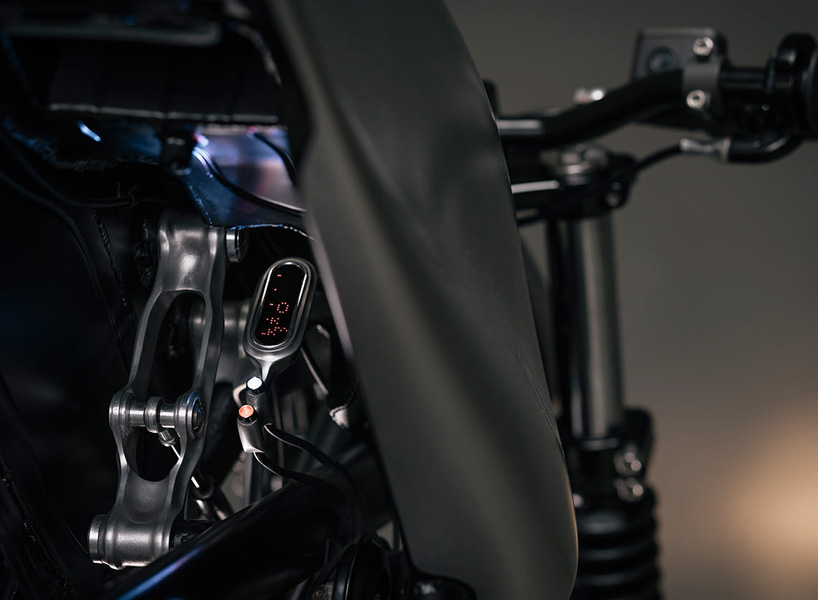 the BMW’s wheels are stock units with new stainless steel spokes and rims have been powder-coated black. there’s a taillight integrated to the back of the seat, behind an acrylic cover, and motogadget turn signals. ‘the whale’s’ exhaust is another noteworthy feature. vagabund modified the ‘R100R’ headers, then hand-crafted a side-exiting silencer, coated it in matte black, and finished it off with an aluminium cover. 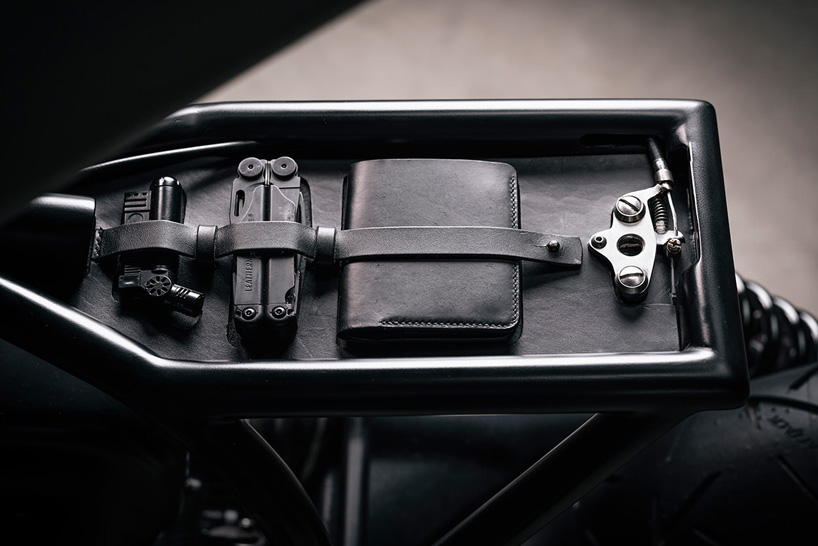 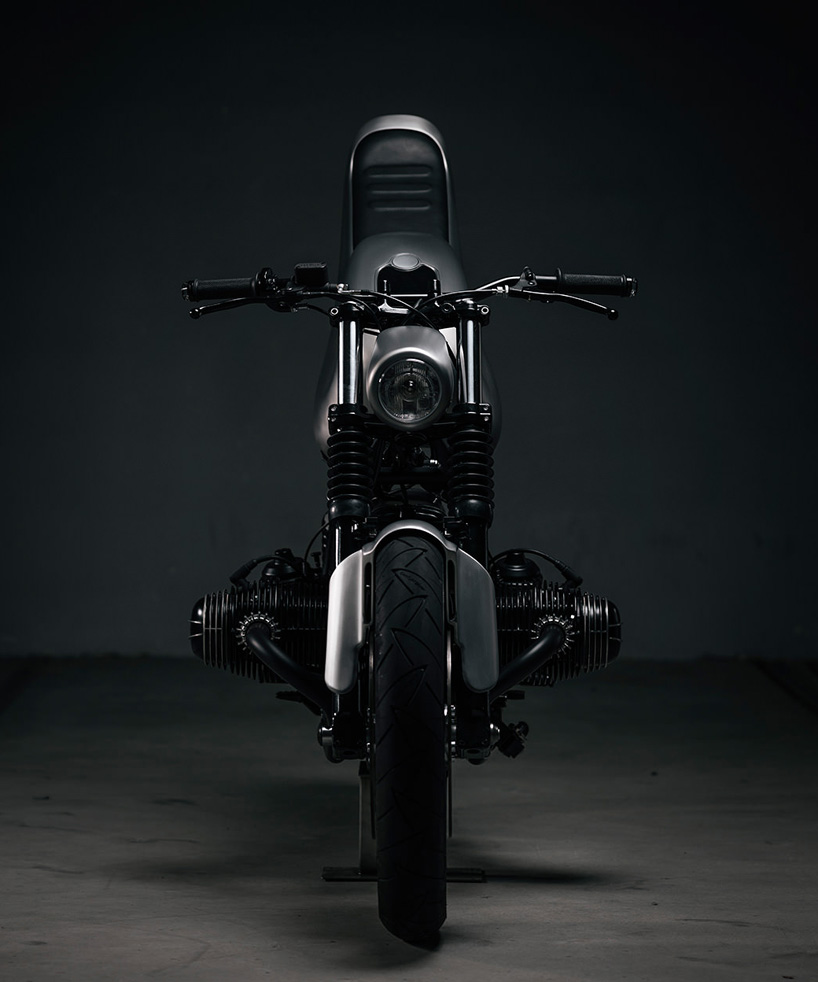 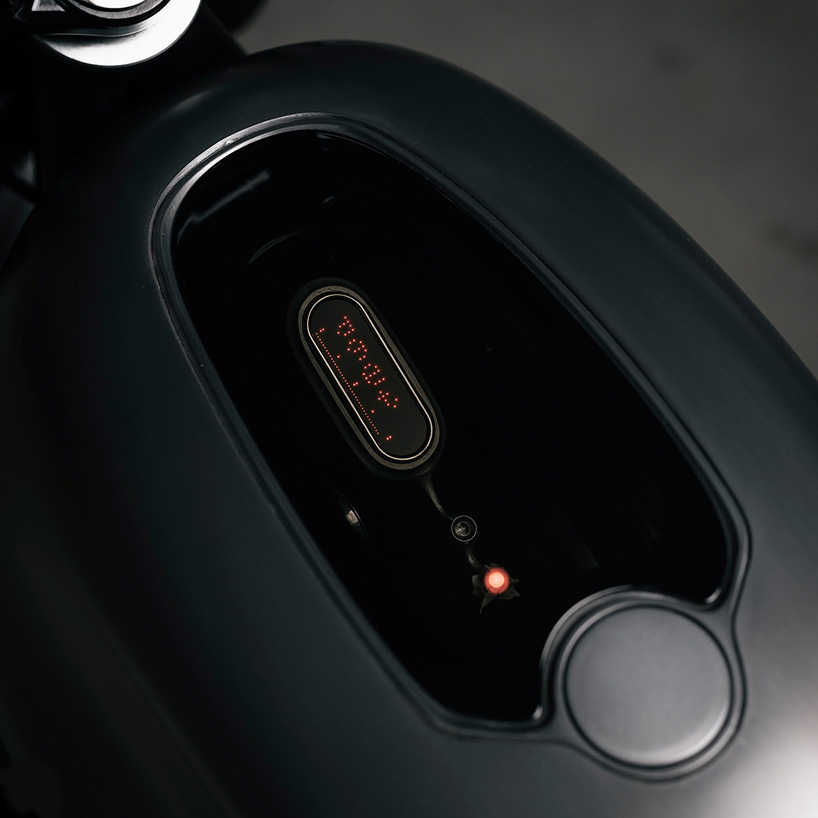 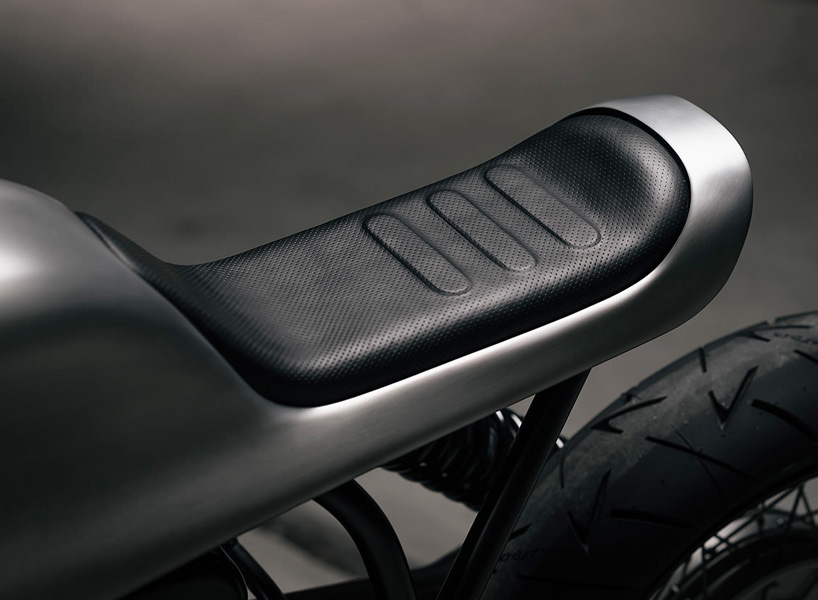 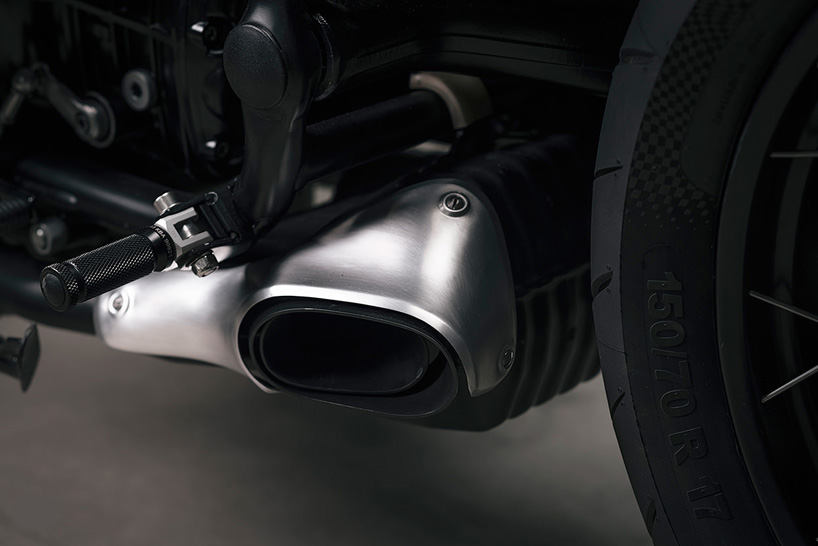 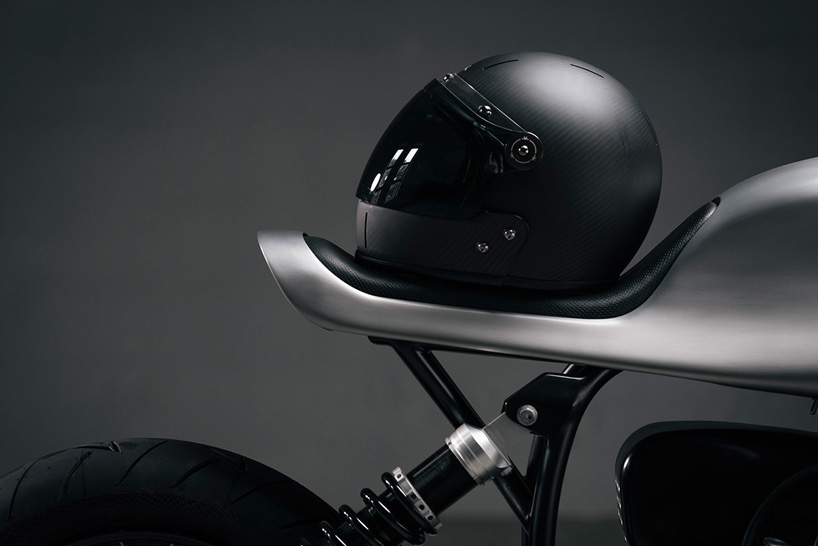