sicily-based delux motorcycles is a motorbike workshop ran by two italian friends who love to customize bikes on their terms, expressing originality. the partners also have separate jobs–where gabriele owns a television studio; and massimo owns a traditional sicilian restaurant. these are their day jobs, however from look of this bike, they could certainly remain successful without them. the boys are united by similar passions including surfing; skateboarding; rock music; and r’n’b. 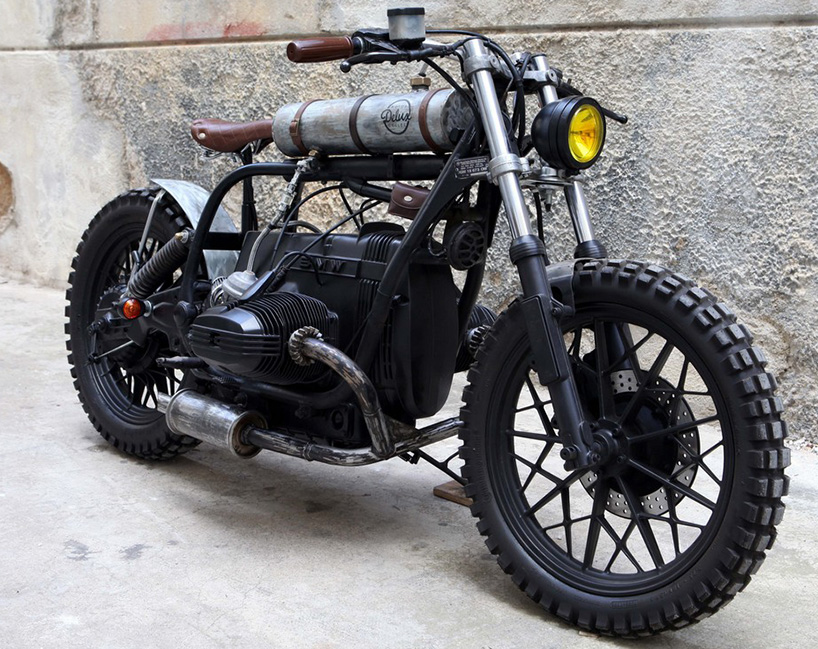 the bike started life as a 1983 BMW ‘R65’ and although it had exactly 6 owners before they received it, there were only 45 000 kms on the speedometer. ‘we found it in an old barn, covered with tons of dust and rust. originally owned by a farmer, they could only but assume that it was previously used on the farm for riding through ploughed fields or herding cattle,’ says gabriele and massimo.

their vision was to approach the build in a similar fashion to a ‘mad max’ vehicle: by using pretty much anything they could get their hands on. ‘he is reborn of everything’, they charmingly comment. 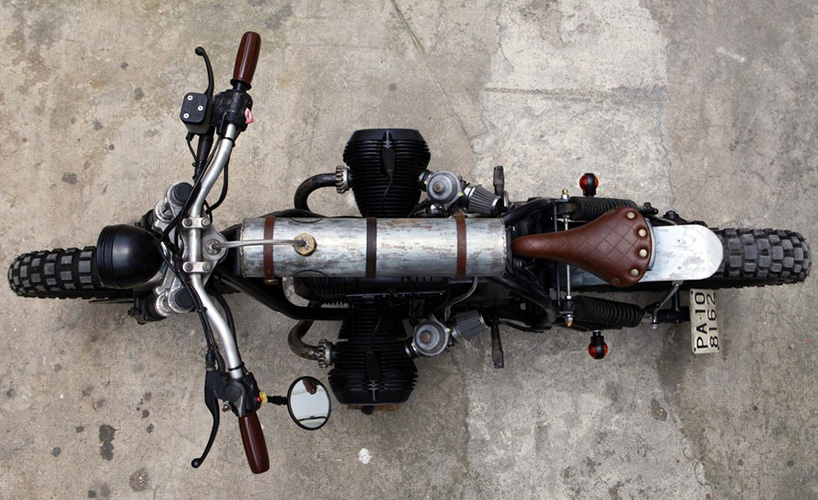 the tank is the bike’s most eye grabbing modification, with a beautiful patina adding a huge depth of texture. a guiding principle they followed was an unwavering attention to reducing the bike’s weight. while the chassis and engine block remains mostly original, gabriele and massimo gave it new suspension and rebuilt the bike’s original shock absorbers. the headlamp is a spotlight from a 90s jeep, which is repainted black and has added yellow glass. 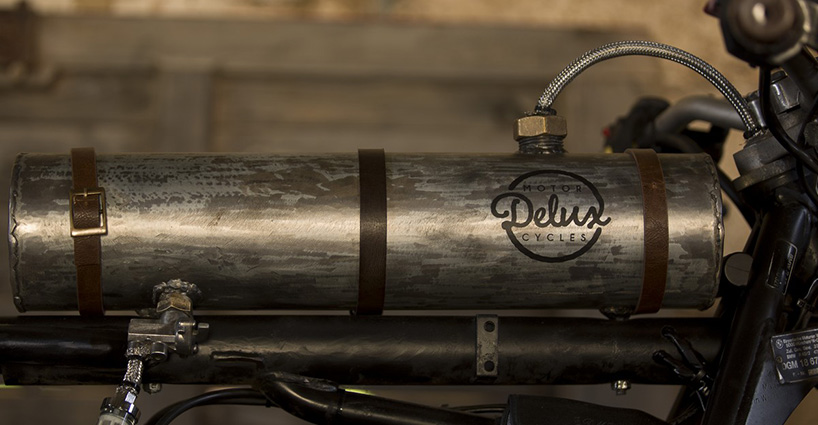 the tank is handcrafted using a 60 cm piece of water pipe, with a wall thickness of 10 mm. the tank’s cap and the fuel lines have been repurposed from their original duty as natural gas conduits, and mated to a petcock valve from a ‘70 CB’ honda. all of the bike’s metal has been kept in its natural state. the saddle was sourced from bernardi, a well-known italian bicycle brand and creator of vintage saddles. holding it up is an old, repurposed section of crowbar. 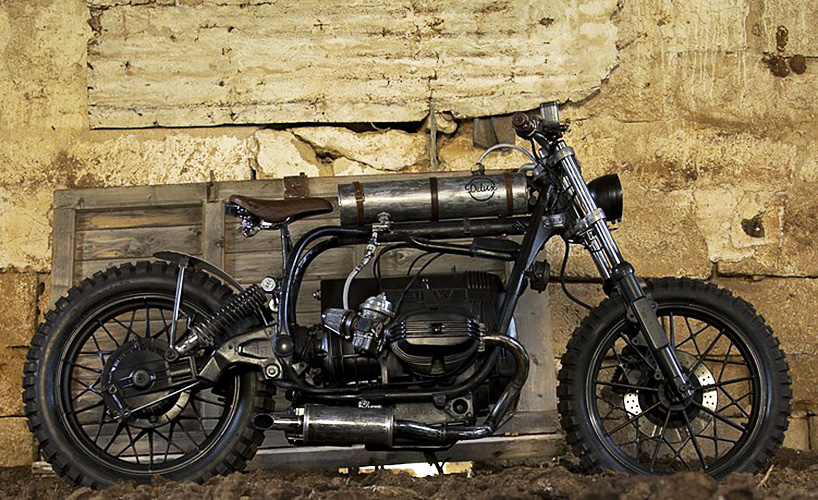 ‘we then removed all the bike’s electronics and instrumentation to make it even more streamlined and bicycle-looking. any of the essentials left over were fed inside the bike’s frame to keep them hidden.’ they comment. the makeshift box attached to the rear of the engine houses anything too large be concealed. finishing touches include a set of handlebars from a 1985 kawasaki motocross bike; and in true italian fashion, a hand-made muffler created with parts from an old fiat. 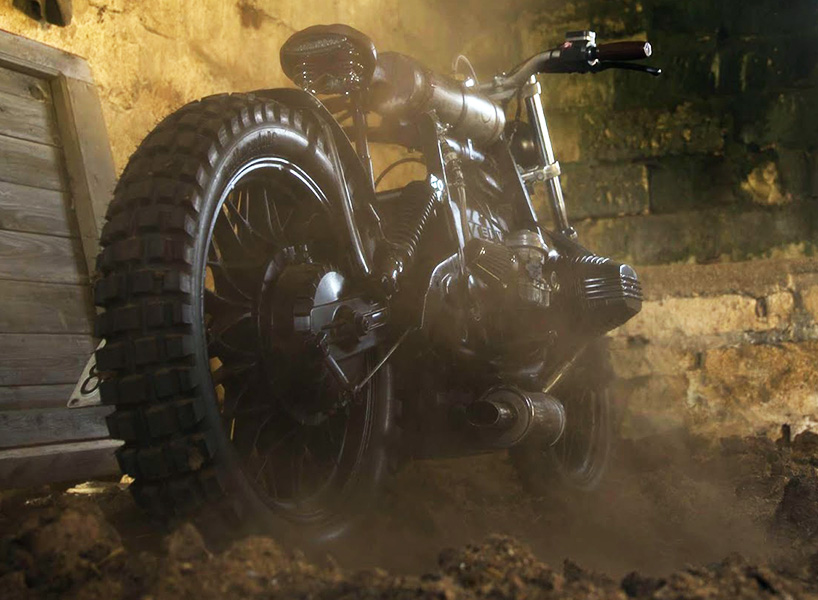 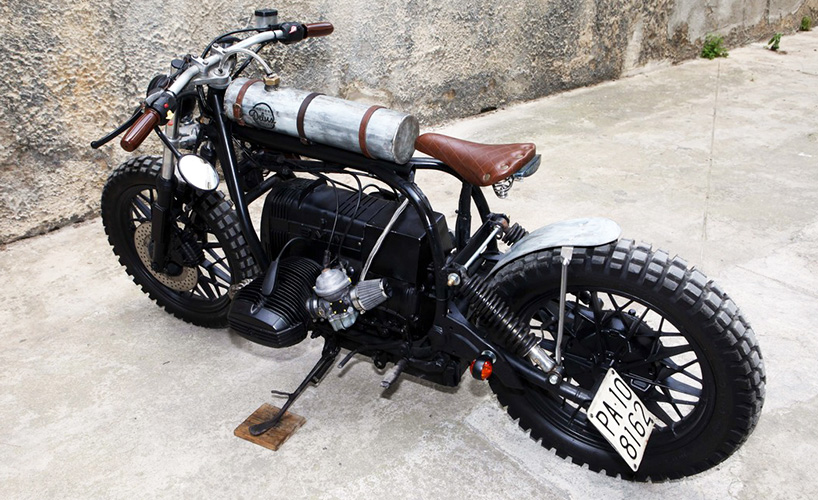 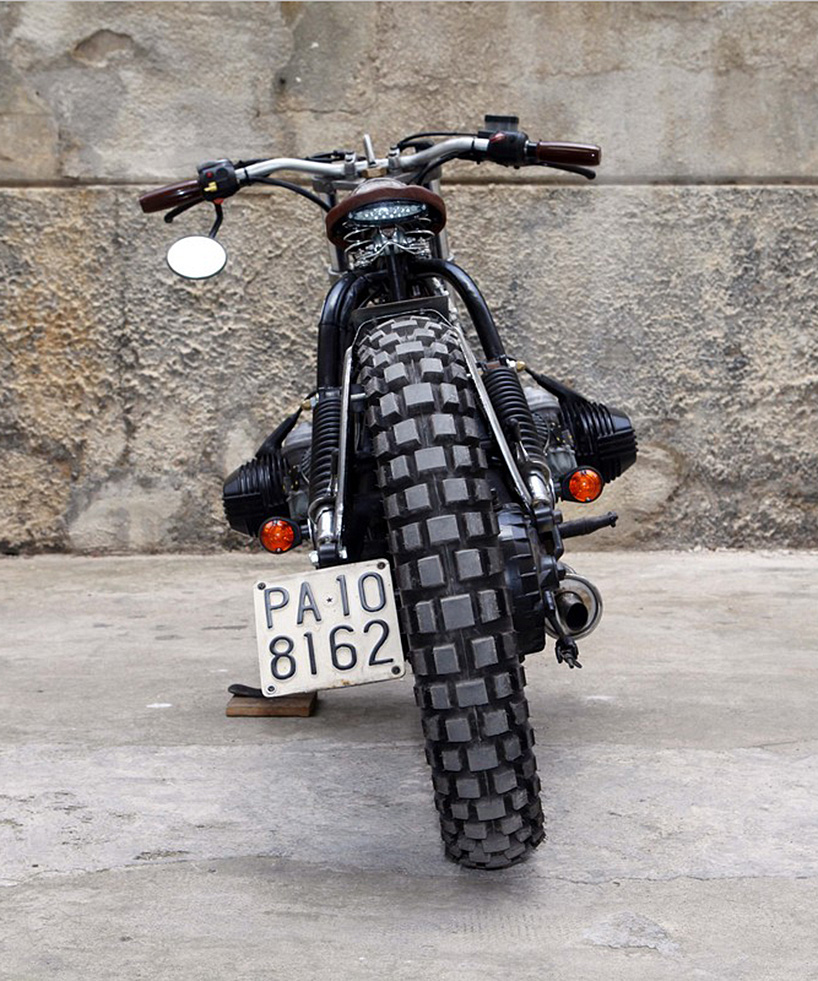