almost 10 years after the introduction of the BMW 1 series, the german manufacturer has expanded their premium lineup of compact vehicles by introducing the 2 series coupe. acting as the successor the rear-wheel-drive 1 series coupe, the newly designed bimmer boasts increased dimensions and performance figures: a three-box body with its low-slung silhouette and dynamically stretched roofline acts as the housing for the two-door sportscar. the top end model – the 235i – features a 3.0 liter 326 horsepower twin-scroll straight-six turbocharged engine, which launches the coupe from 0-60 in just 4.8 seconds before maxing at 250 km/h (155 mph). the new 2 series will make its official debut at the 2014 north american international auto show in detroit later this january. 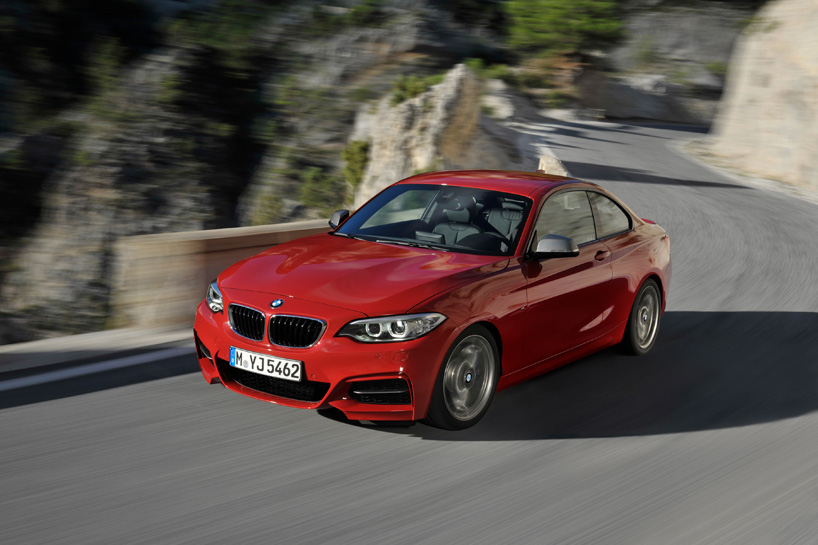 the 2 series coupe acts as the successor to the 1 series coupe, boasting increased dimensions and performance figures 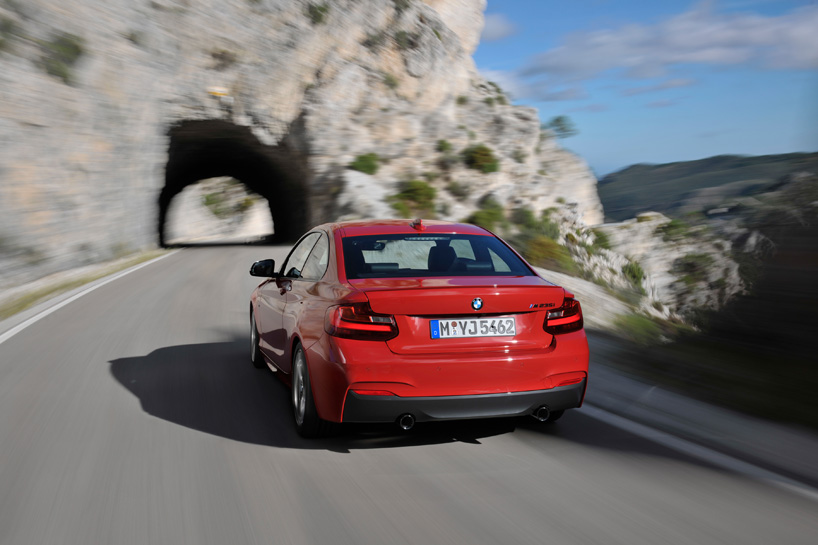 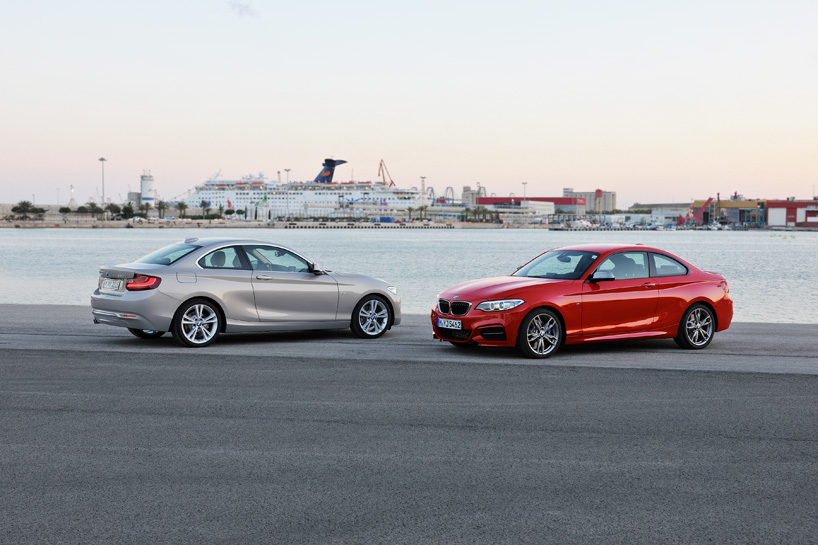 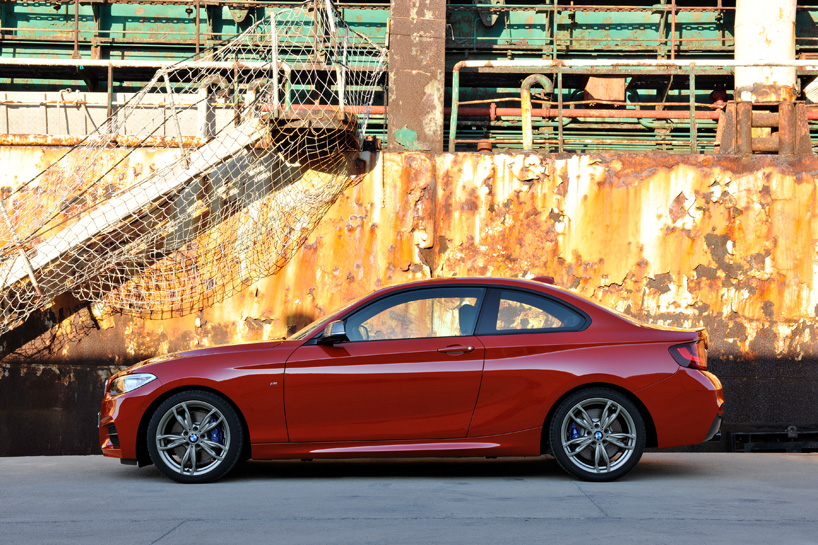 the side view visualizes the long hood and dynamically stretched roofline 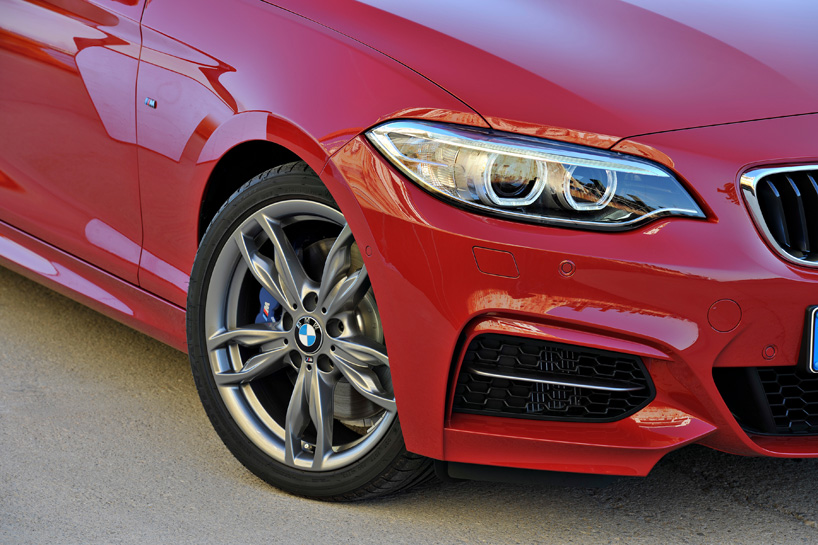 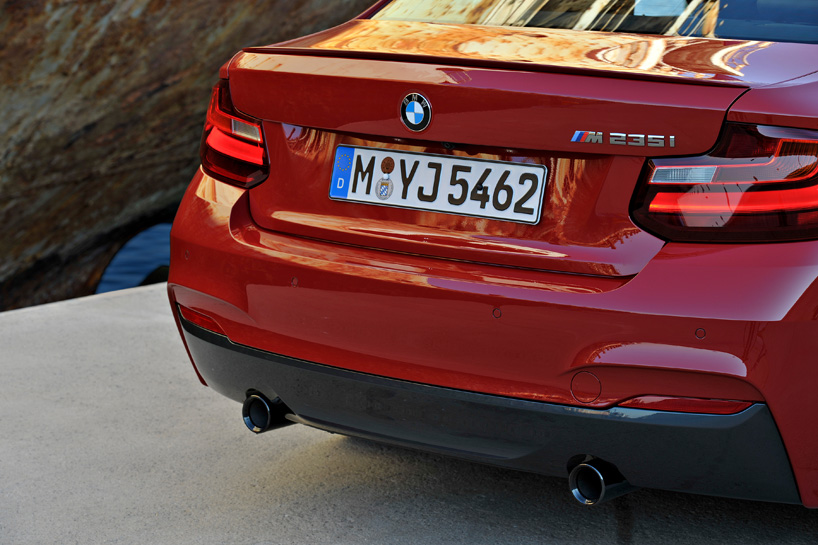 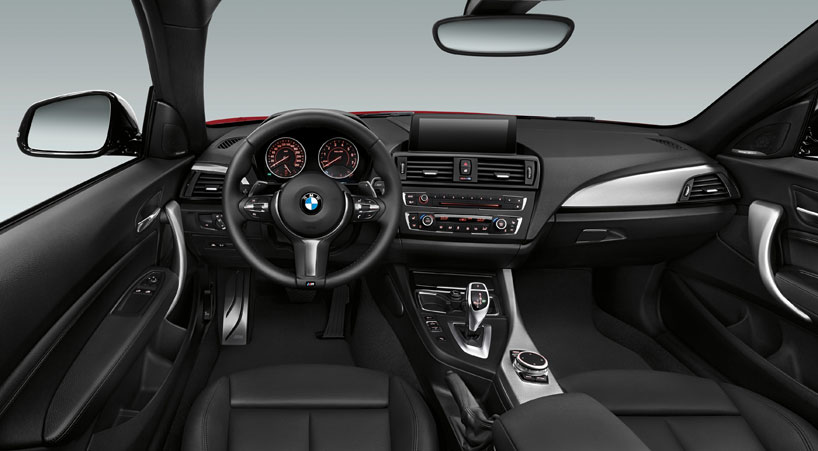