US engineering and robotics firm boston dynamics has started showing off its newest robot design. it posted a video on thursday of its latest autonomous robot intended for use in warehouses. the ‘handle’ robot is a new take on a model the company first debuted in 2017. back then ‘handle’ was the company’s first public ‘wheel-legged’ robot promoted for its ability to move efficiently. 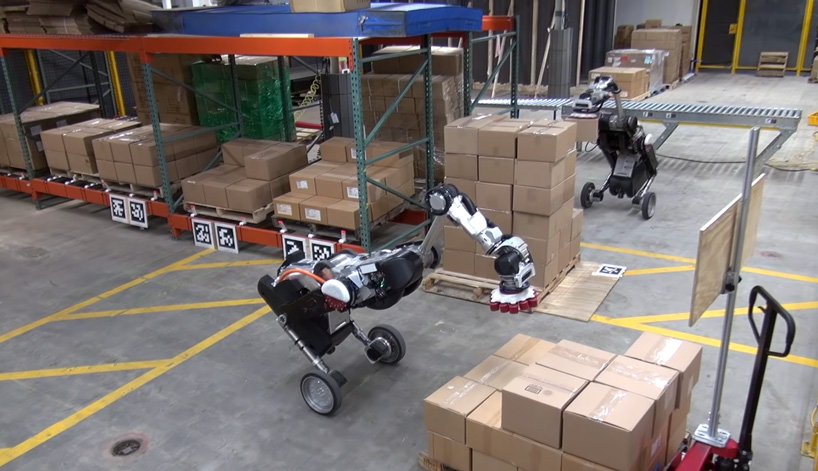 the new ‘handle’ still has wheel-legs (and backward-bending knees) but now it’s a little less…human. two robotic arms have been replaced with a single arm which extends from the top of the bot like the elongated neck of an ostrich. all of this is counterbalanced by a large swinging rear that keeps the robot stable as it lifts things and moves around.

after all this is likely to be what the robot will be doing. ‘handle’ is a smooth-moving robot designed for use in warehouses and factories as it specialises in handling and placing pallet-based boxes with a combination of speed and precision. on top of the neck-arm is an on-board vision system and a grid of vacuum suction cups that allow the robot to pick up boxes weighing up to 33 pounds and arrange them on pallets. 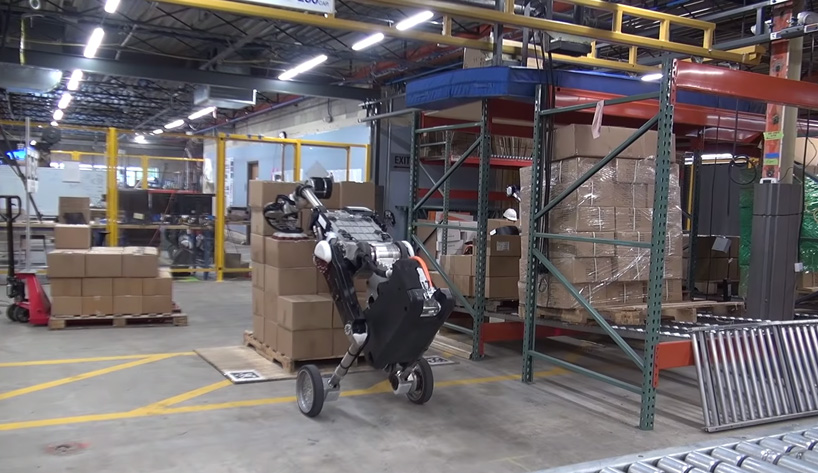 when ‘handle’ places a box onto a pallet, it uses force control to nestle each box up against its neighbors. handle works autonomously with pallets that are 1.2 m deep and 1.7 m tall (48 inches deep and 68 inches tall). it remains a prototype for now, but the company could showcase the robot at a logistics show next month. 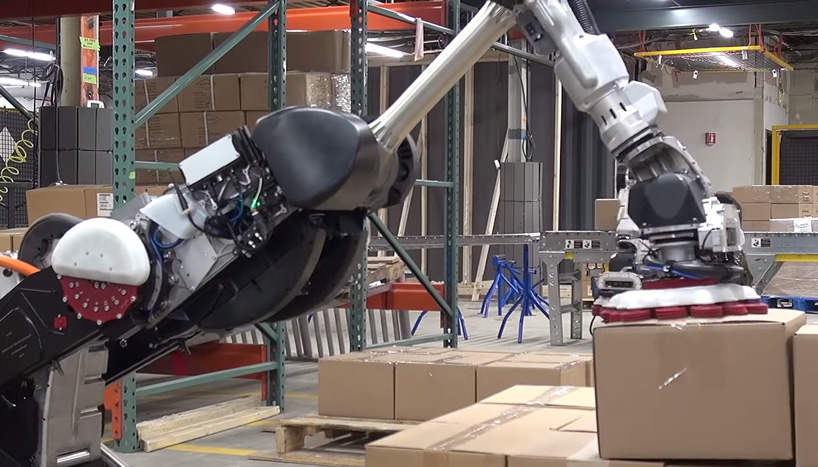