last year, we featured a robotic creature developed by american engineering company boston dynamics. the compact design included a face-style sensor system that can detect and respond to its surroundings. now, it appears that the clever canine has got itself a new friend — one that is capable of opening doors. a new video from the firm — titled ‘hey buddy, can you give me a hand?’ — has already amassed over 1.7 million views in less than 24 hours. watch the video above, and read on for more info. 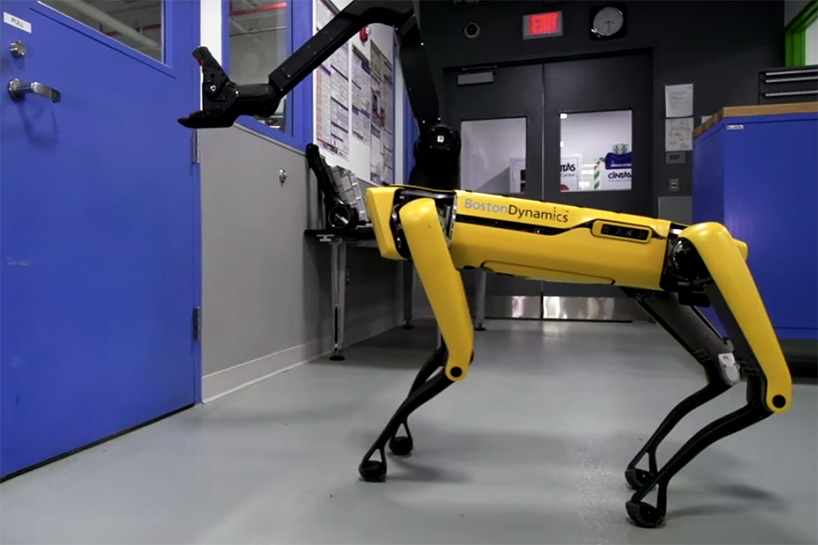 the robotic canine positions itself in front of the obstacle

the footage shows a modified ‘SpotMini’ robot with an arm extending out of its head. after being summoned by its companion, (an unmodified ‘SpotMini’), the robotic canine positions itself in front of the obstacle before turning the handle and holding the door open — allowing both robots to pass safely through. SpotMini is described by boston dynamics as ‘a small four-legged robot that comfortably fits in an office or home.’ weighing just 25 kg (30 kg with the arm), the all-electric canine can last up to 90 minutes on a single charge. 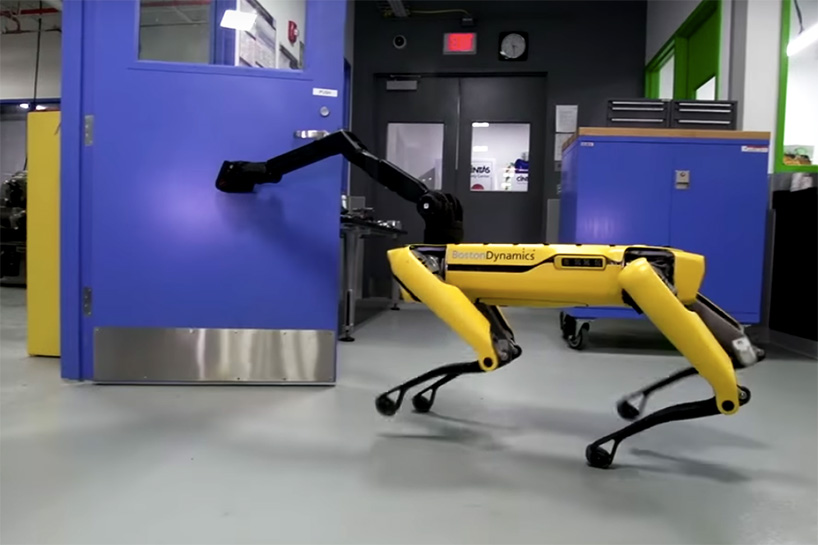 the modified SpotMini then holds the door open with its arm 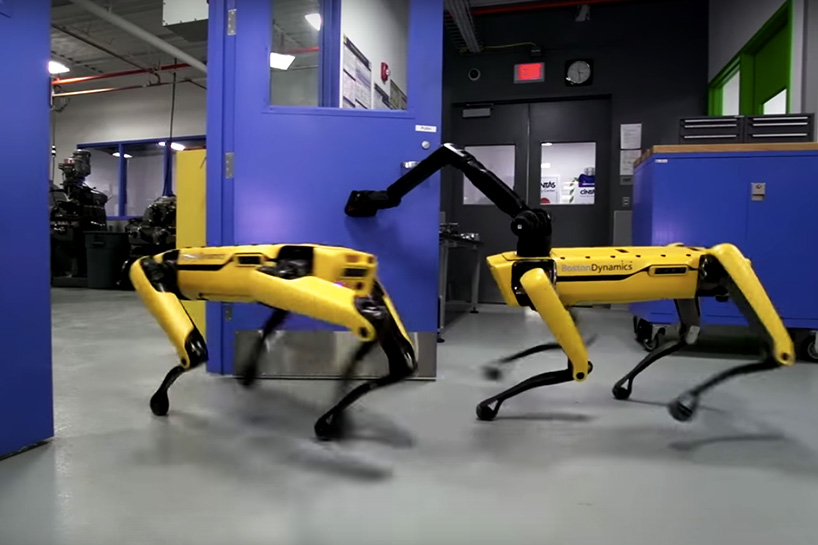 both robots pass safely through