boston dynamics have recently been put up for sale by google, however, in no way has this slowed down their approach to building innovative robots. 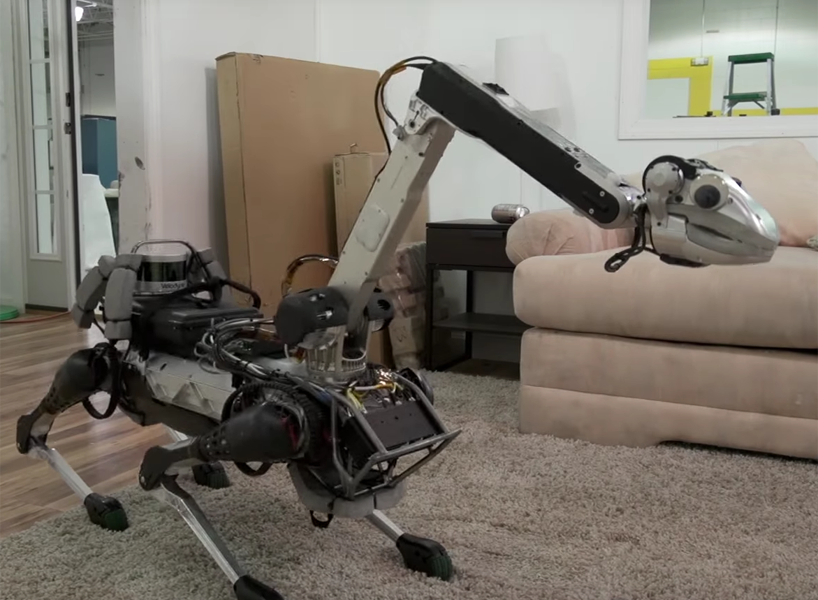 the giraffe-like robot features an advanced range of movement capabilities

‘spotmini’ is a new smaller version of the ‘spot’ robot, weighing 55 lbs dripping wet (65 lbs if you include its arm.) the all-electric robot operates using no hydraulics and runs for about 90 minutes on a charge, depending on whatever the activity is that it’s doing. 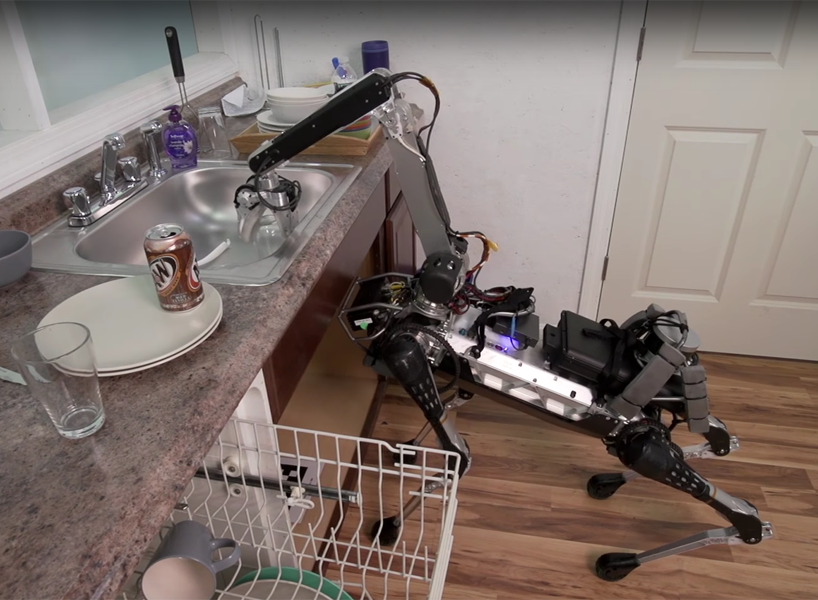 the masachussettes-based company boston dynamics, most famous for their ‘bigdog’ robot, claim that it’s one of the quietest robots it has ever built. boasting a variety of sensors, including depth cameras, a solid state gyro and proprioceptive sensors in the limbs; these sensors help with navigation and mobile manipulation. the giraffe-like robot performs some tasks autonomously, but often uses a human for high-level guidance. 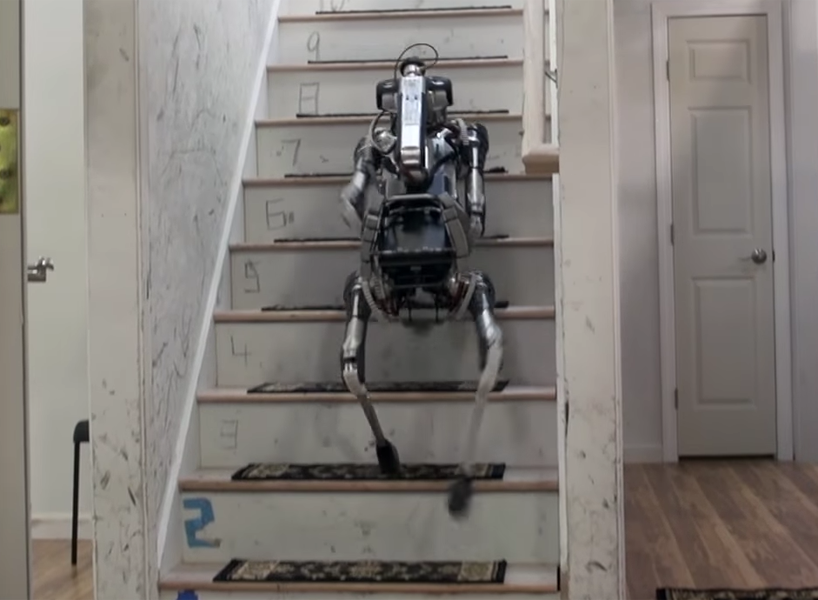 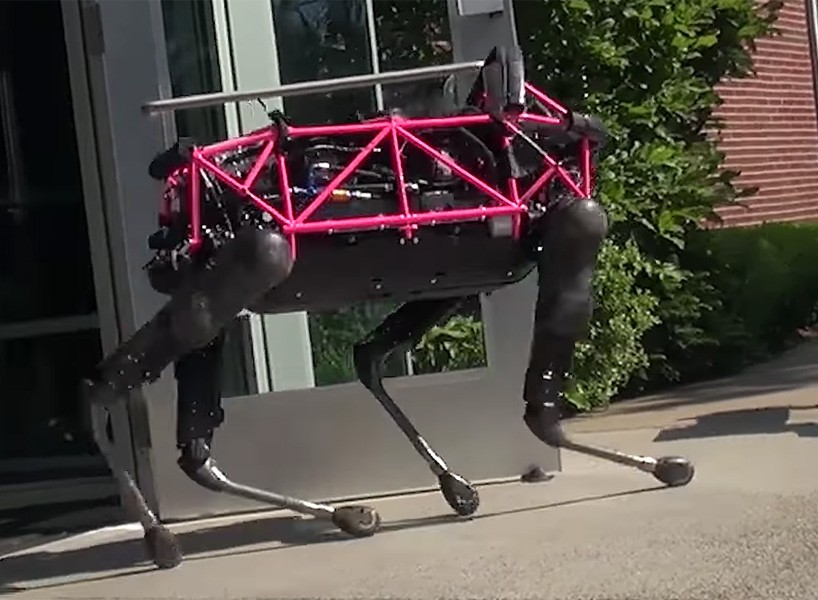 wearing an electric pink protective frame around its electronics