the angled, carbon fiber minimal.bike is the latest creation from the dutch bike prodigy bran moens, best known for his m5 recumbents carbon racers that broke speed records back in  2012. born from the idea that high tech bikes shouldn’t have to be confined to the race track, moens teamed up with industrial designer aart roelandt to create a compact carbon city bike that was as beautiful as it was practical. their joint aim was to exploit carbon fiber to the maximim, in a minimalistic design. 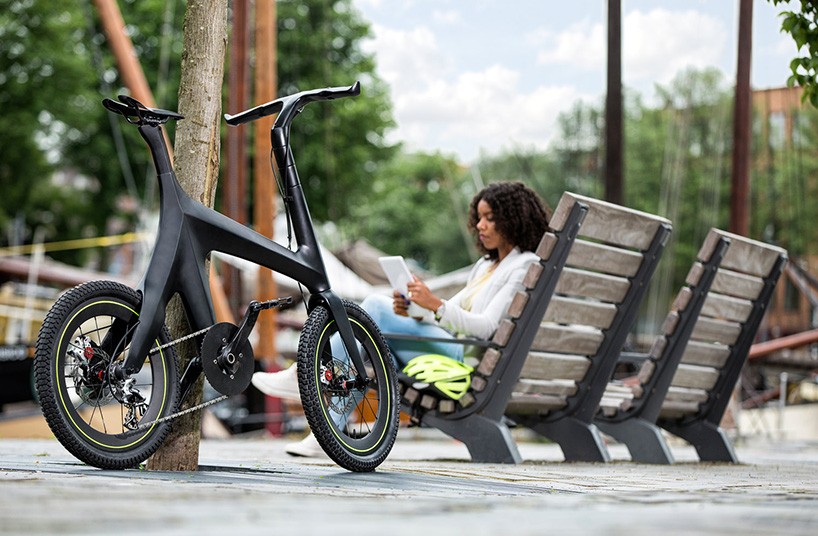 the minimal.bike is a fusion between a mountain, road, city and commuter bike. with a lightweight full carbon frame made of TORAY® 800/1000, along with the removal of the traditional down tube and chain stays, the whole ride weighs a tiny 6.7 kilograms. however, in keeping the moens’ philisophy that mininimal design shouldn’t compromise style, the neat 145 cm-long bike packs the same wheelbase as a standard road bike. 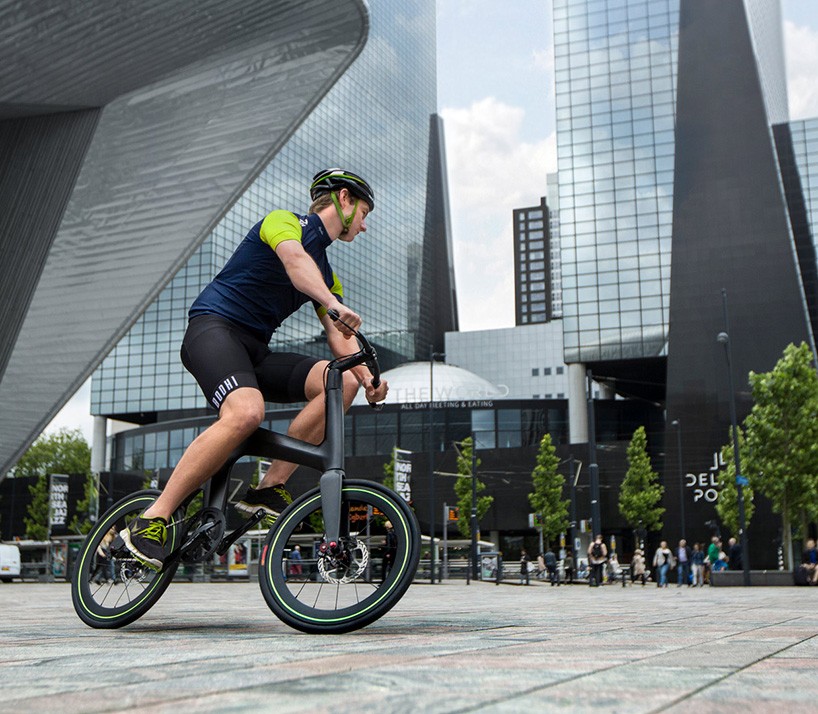 alongside its unusual frame, the carbon fiber bike styles a wing-shaped hangle bar, with integrated brake levers, inside cable routing and hand-protecting wing tips. to complete the ‘minimal’ package, the stem tube, saddle clamp and cables are hidden and fasteners are recessed. 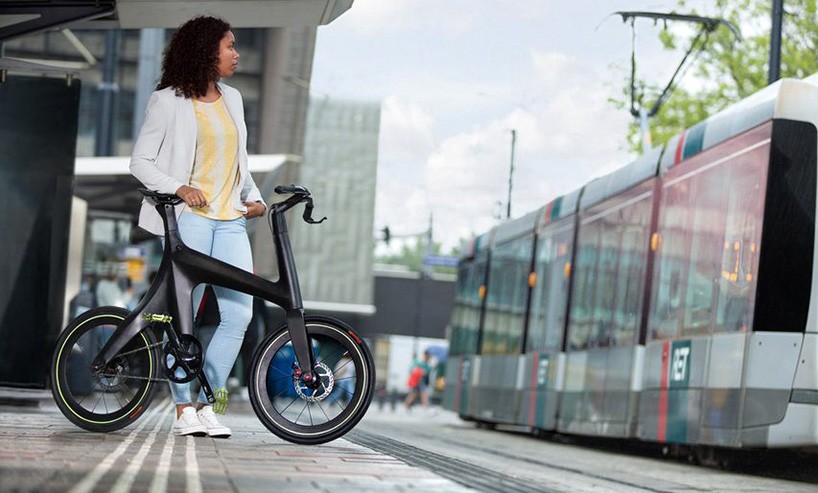 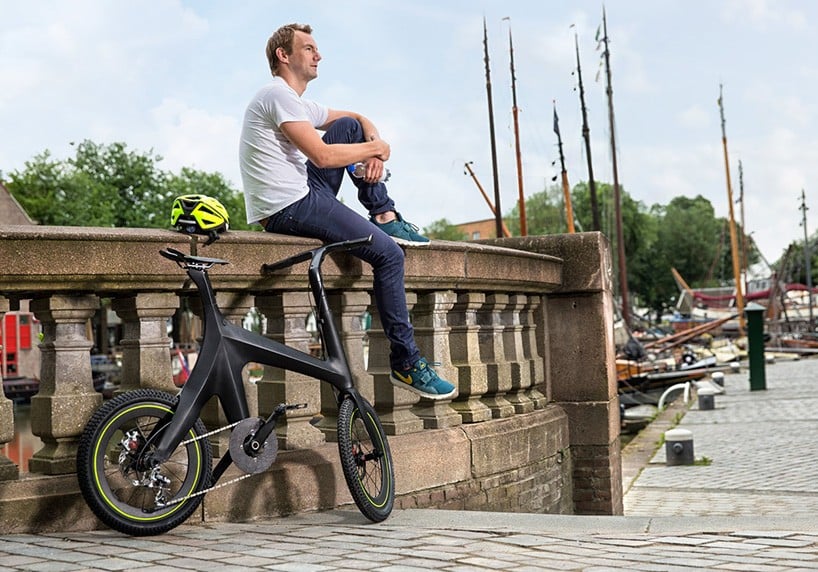 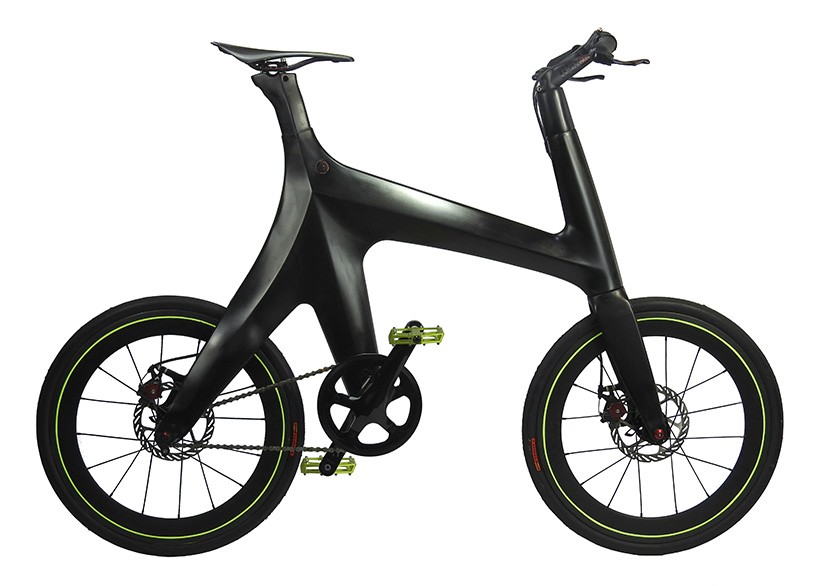 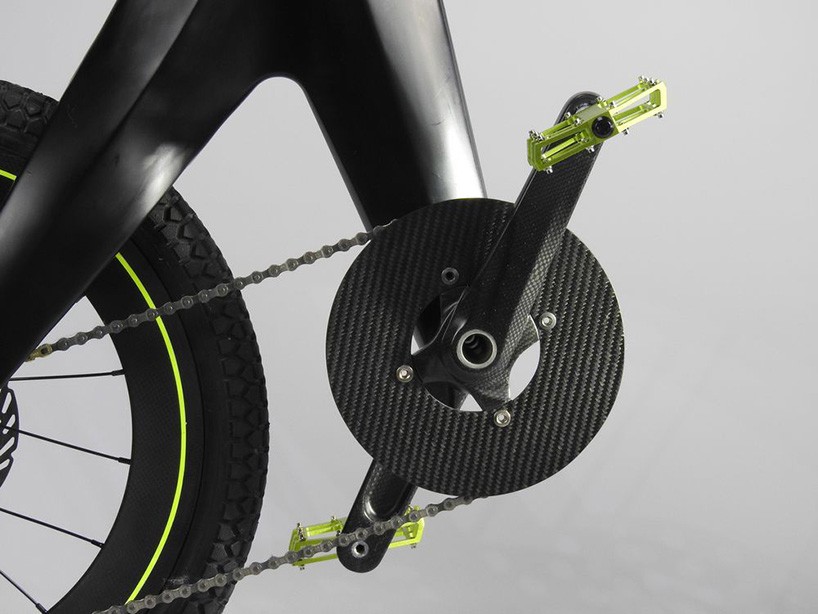 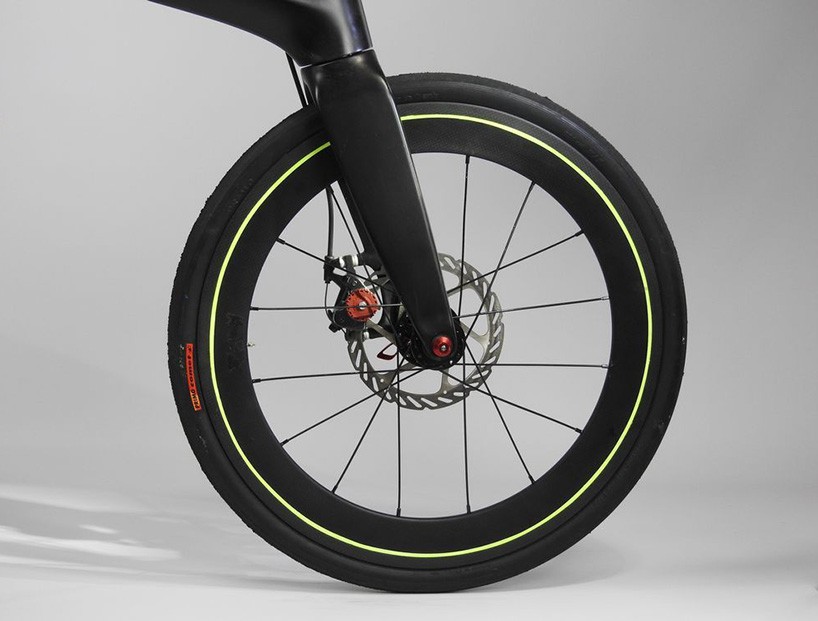 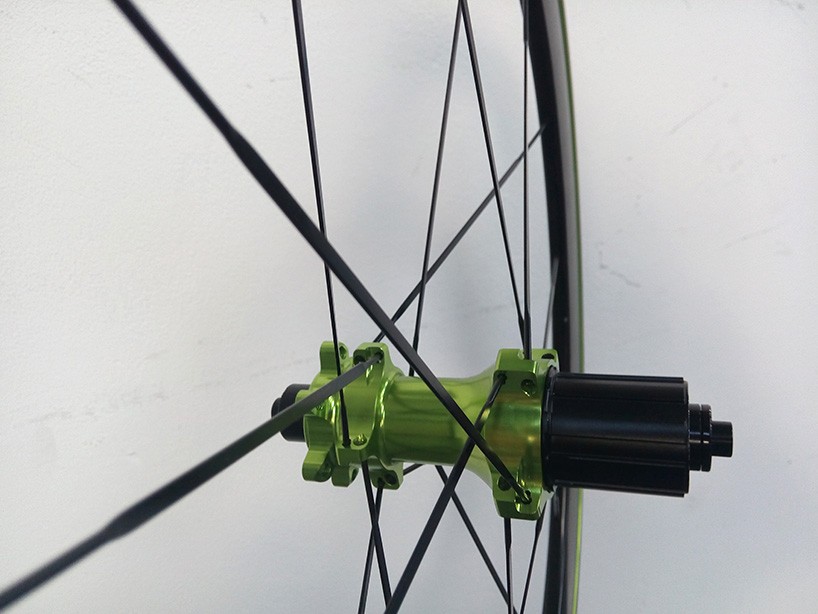 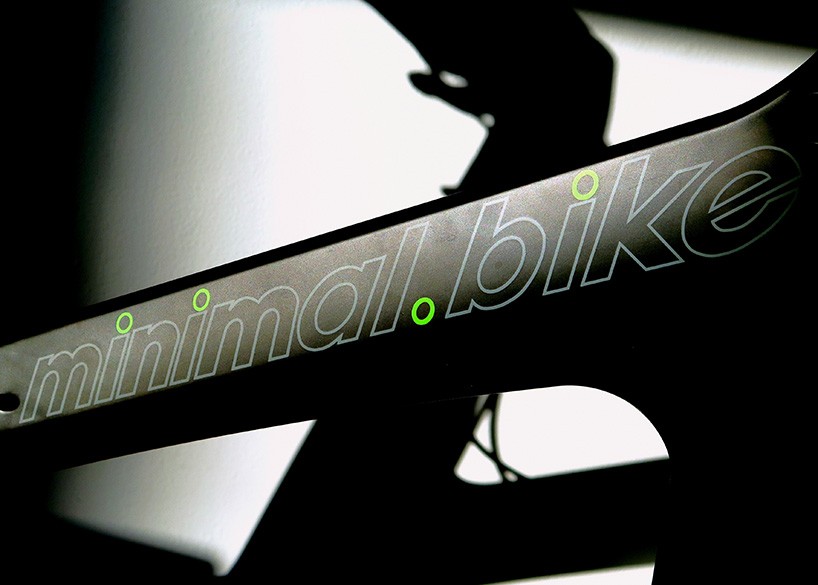 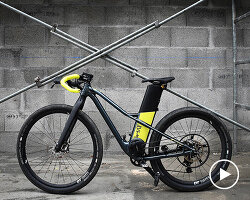