reviving the nameplate used for models between 1959 and 1990, buick debuts the electra crossover concept – their vision for future electric vehicle design. the car is distinguished by a spacious glass interior pod within an aerodynamic wing-form bodyshell, which is said to be inspired by a space capsule. its final frontier theme does not end there, though, as the cabin creates a visual impression as if effected by zero gravity. 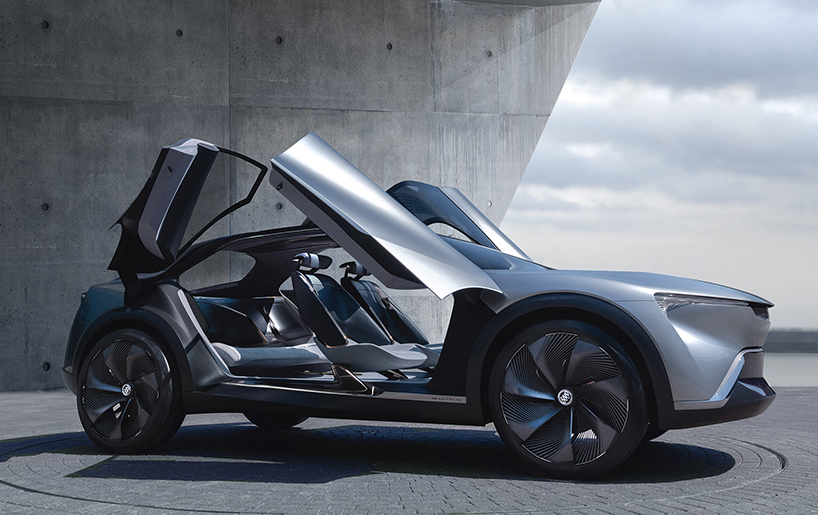 all images courtesy of GM

‘today, buick’s innovative thinking and imagination of future intelligent mobility have reached the next level with the electra,‘ said sam basile, executive vice president of SAIC-GM, at the global premier event in shanghai. ‘I am confident that the aesthetics and technology innovations reflected on the electra will ultimately help reset consumers’ expectations, just as all previous buick concepts have done.‘ 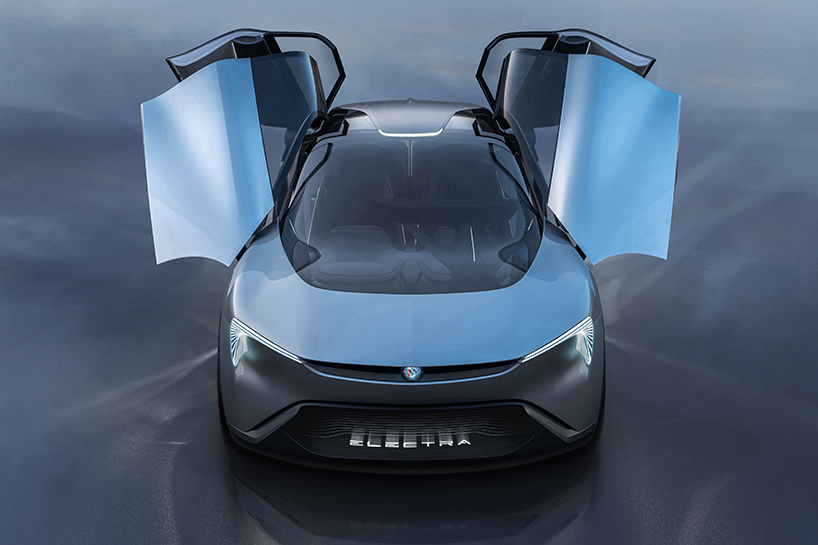 adopting their new ‘potential energy’ design language, the buick electra crossover concept combines the athletic look of a four-seater with gran turismo aesthetics. sculptural surfaces at the front, along the sides, and at its wheels and lamps help define an elegant overall form while emphasizing its dynamic stance. the front and rear matric LED lamps feature a 3D effect created by parametrically-designed strings of lights. butterfly wing doors – supported by facial recognition – completes in futuristic, space capsule-inspired design. 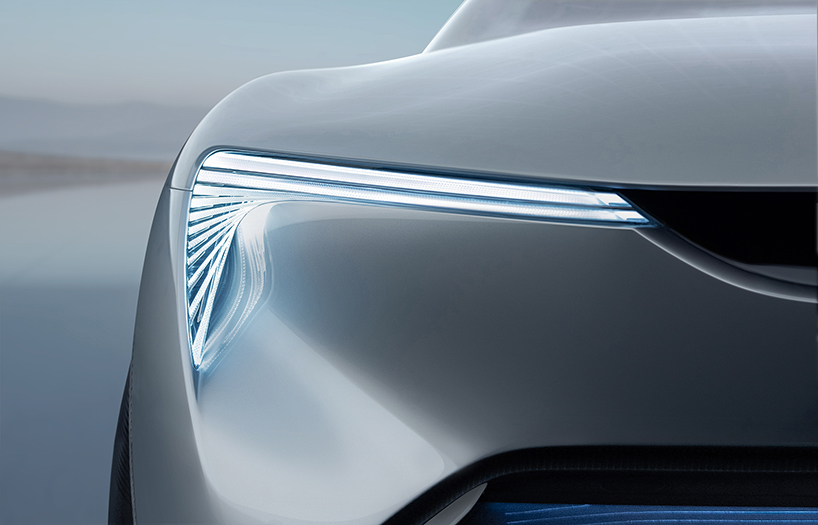 stepping through these doors, the copper gold and dark-trimmed interior defines a highly spacious, open environment. this is firstly thanks to an all-new electric architecture, which extends the cabin on a longer wheelbase; the lack of the traditional A/B pillars to improve visibility; and finally, the glass canopy that extends from near the front of the hood all the way to the rear. the minimal dashboard features a large curved display at its center, a retractable steering wheel, concealed air-conditioning system, and an electronic rearview mirror. the furnishings appear as if effected by zero gravity, with the seats suspended from the floor. 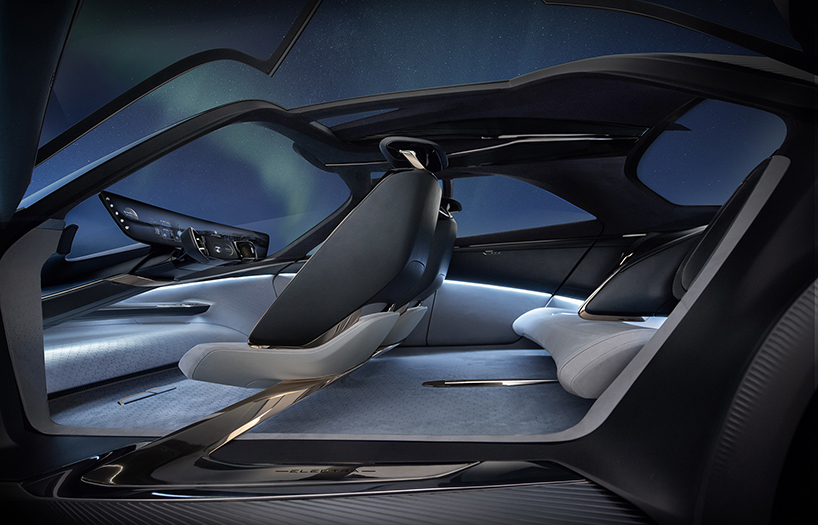 the concept car enhances a new generation electric propulsion system and the advanced ultium battery. this ensures it is perfect for daily use, with a range of more than 373 miles (600km) on a single charge. high-performance motors at the front and rear delivers a max power of 585hp (435kw) that accelerates the EV from 0-62mph in just 4.3 seconds. 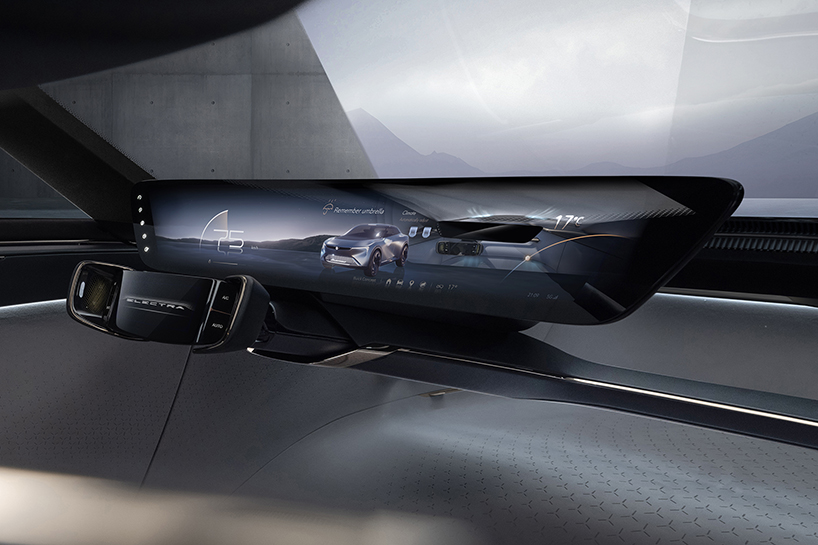 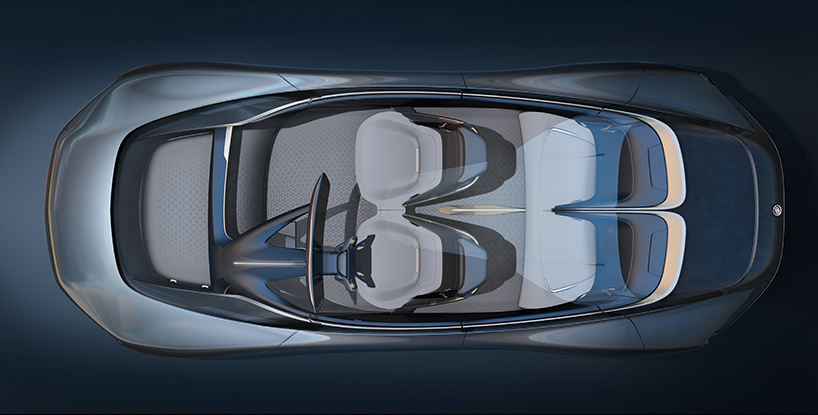