At CES 2023, Swedish brand CAKE snakes through bikers’ traffic and capacity-load concerns with the entrance of its new e-bike member, Åik. Dubbed as multipurpose and heavy duty, the moveable and modular parts of the bike’s design makes Åik ideal to ship, pull, stow, and carry weighty cargo. It can support up to 200 kilos of total-gross weight, and its customized accessories target the users’ specific needs, such as rear and front storage, bags, baskets, racks, trailers and much more.

CAKE likes to call Åik as the catalyst that blurs the lines between lightweight electric motorcycle and utility e-bike. ‘For those who typically rely on motorized transportation, it opens up networks of bike lanes and paths that are off limits to motorcycles and cars. It’s also indisputably easier to find a spot to park a bicycle than it is a motor vehicle,’ the company writes. Bikers need not to worry about any driving licenses since Åik is a street-legal e-bike amidst its motorcycle style and battery-equipped frame. 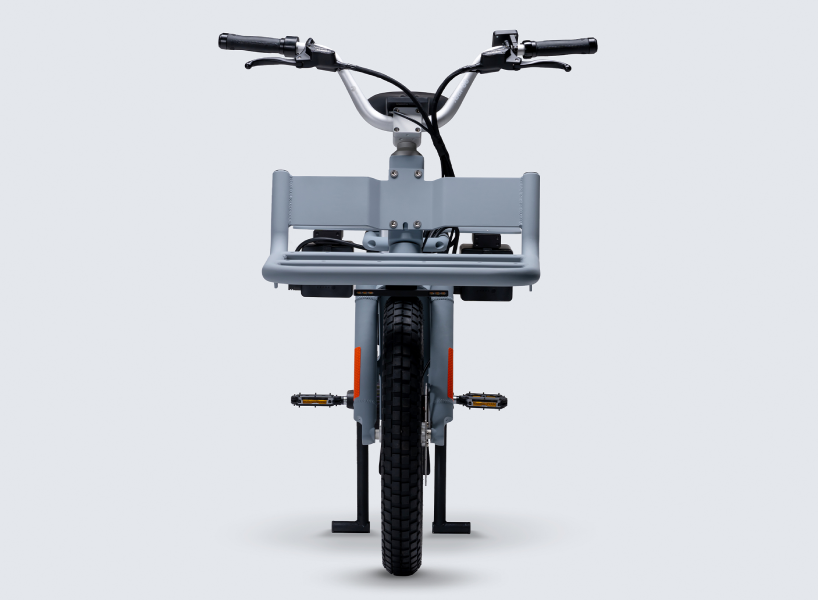 CAKE’s Åik forms part of the bike company’s :work series, a line of bicycles that working professionals who commute everyday might appreciate. But Åik is slightly different as it gifts bikers the advantage to adjust to how they want the motorcycle-looking transport to be. They can easily attach and detach accessories to turn it into an ordinary mode of transport or an all-around, heavy-duty tool. Like the Ösa, Åik is designed around a modular aluminum frame, so bikers can outfit the Åik with the right types of racks, bags, trailers, baskets, passenger seats, to name a few.

One of the many features that Åik has is its battery (or batteries). One of the 750 Wh batteries can power the bike for up to 74.5 miles, but bikers can connect as many as three batteries to extend the range to cover more miles than most want to ride in a single day. Just in case the bikers’ personal devices run out of charge or need a source to bring their tools to life, the batteries of CAKE’s Åik can power electronic devices such as temperature-controlled food boxes, electronic tools, and equipment, making the e-bike a generator on-the-go. 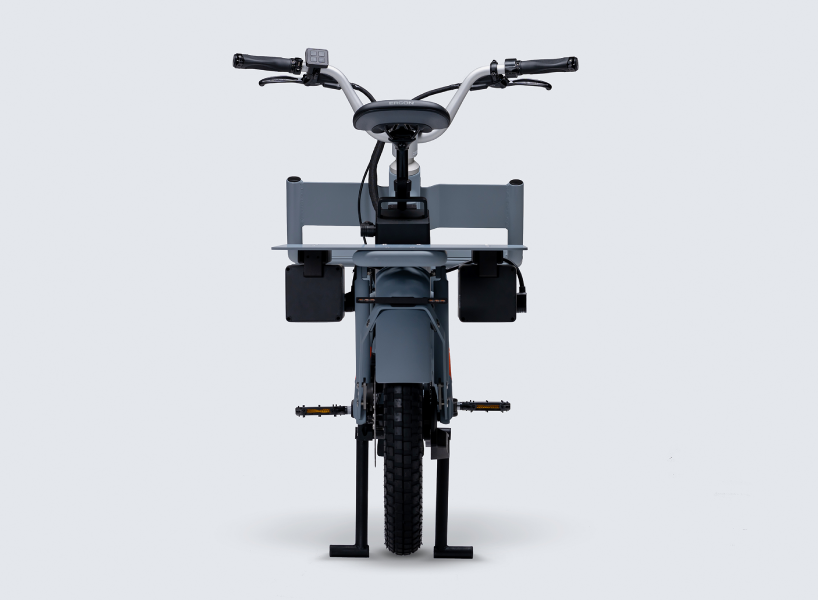 Etymology buffs might like the history behind Åik’s name. CAKE writes that it comes from the local ancient language ‘Gutniska’ and means ’big and heavy load’, referring to Åik’s hundreds of utility combinations to pull, stow and carry heavy loads and rightly so.

Commenting on the e-bike’s release, CAKE founder and CEO Stefan Ytterborn says that Åik’s flexibility makes it ideal for artisanal needs, from the fastest deliveries in town through to surveillance work in the backcountry. ‘With Åik joining the :work series lineup, we’re now offering a complete assortment of electric two-wheeled solutions for any business in need of a transportation solution.’ 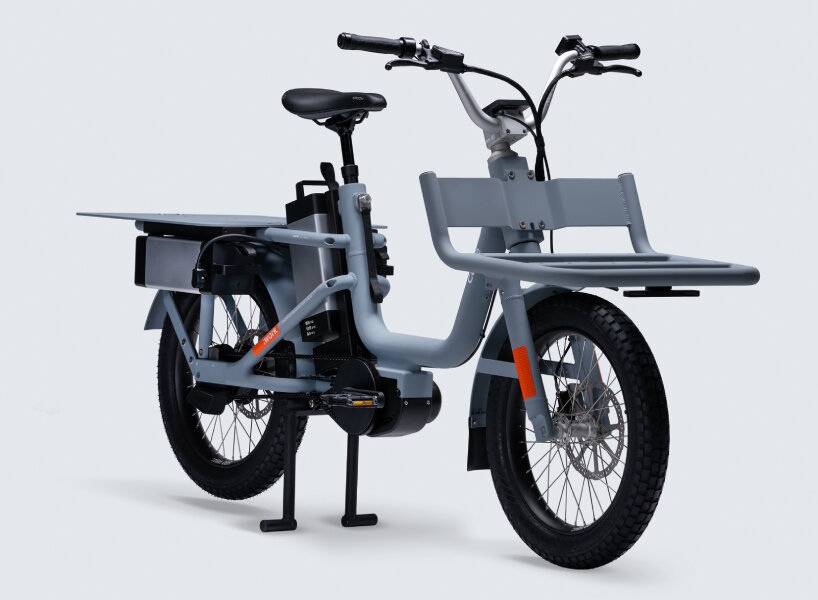 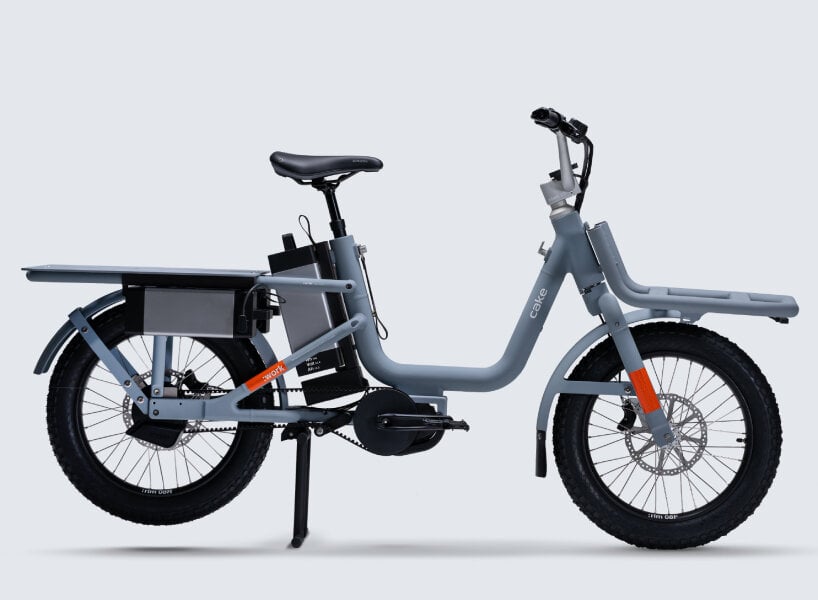 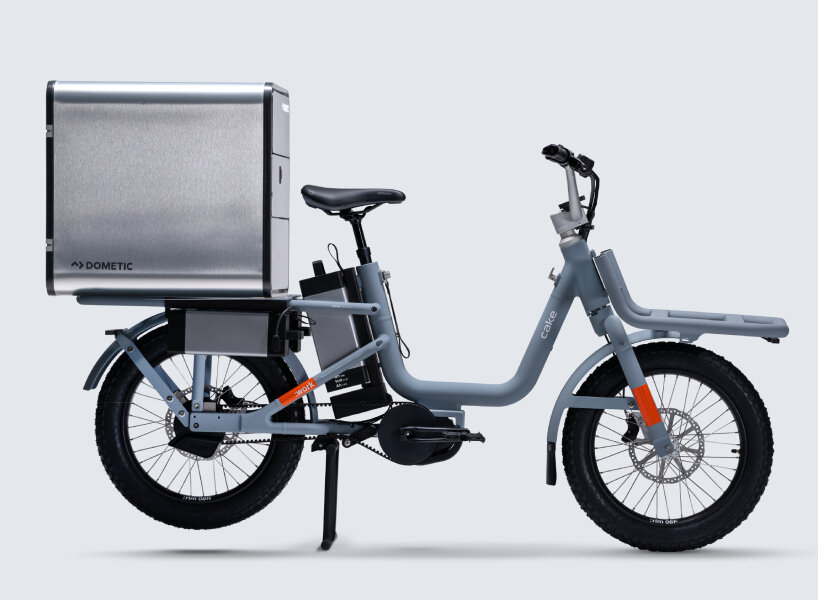 bikers can outift the e-bike with different accessories 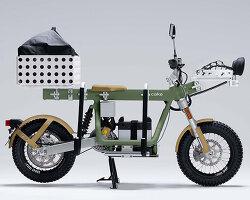 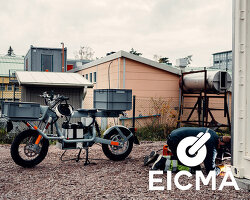 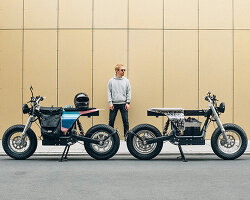 thanks to a 'crabwalk' system, this hyundai IONIQ 5 can move sideways and rotate 180°