caltech looks to nature for inspiration with its latest invention, a humanoid robot with thrusters attached to the torso. leonardo (LEg ON Aerial Robotic DrOne) is just like every other bipedal robot except it has the ability to fly – or at least try.

video by aerospace robotics and control at caltech

leonardo stands at two and a half feet tall and weighs just six pounds, thanks to its carbon fiber construction. the thrusters help the it to tackle a significant problem when it comes to bipedal robots. the promise of leo is a more stability when tackling tough terrain. instead of wobbling to correct itself, the biped can switch on the thrusters to become a drone on legs. if the robot needs to get up a hill, it could glide instead of climb. 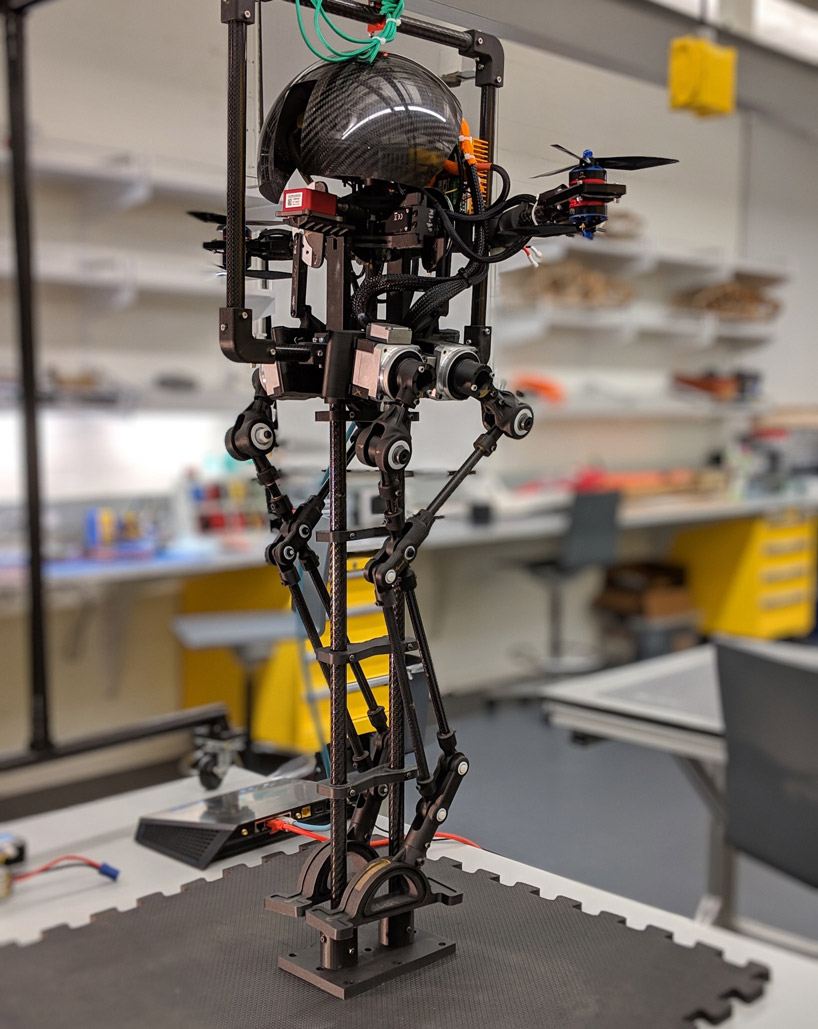 led by codeveloper morteza gharib, researchers at caltech are still experimenting with leo on a tether, as you can see from the video above. as WIRED reports, caltech has been collaborating with NASA on a helicopter for the red planet, which could bypass difficult terrain and scoot around more quickly than a wheeled rover. gharib and his colleagues are exploring how a robot like leo might navigate the rough martian landscape more efficiently than a traditional helicopter by putting its feet on the ground and lightly powering up the thrusters.