‘the hour record’ is one of the most demanding tests in cycling. it’s where professional cyclists attempt to travel the longest distance in one hour from a stationary start. speed bike company canyon introduced the ‘speedmax WHR’ for alex dowsett to attempt to beat the record set at 52.461 kilometers. it was built to maintain a speed above 52 km/h for one hour, which required an average power output of approximately 400 watts. around 90% of that total was needed to overcome the air’s resistance acting against the rider. setting a new ‘hour record’ was above all else a fight against aerodynamic drag. 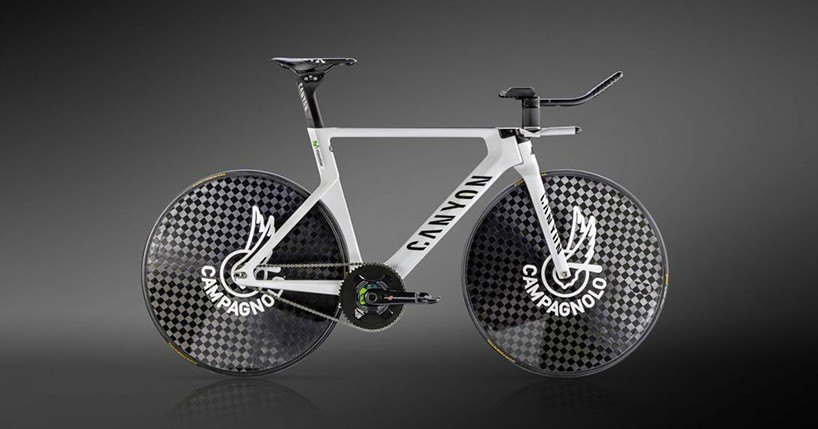 with its low frontal surface area and tube profiles optimized to reduce air turbulence, a geometry that encourages stable handling at speed, as well as vast range of position adjustability, the ‘speedmax WHR’ provided an effected base for an ‘hour record’ setup. 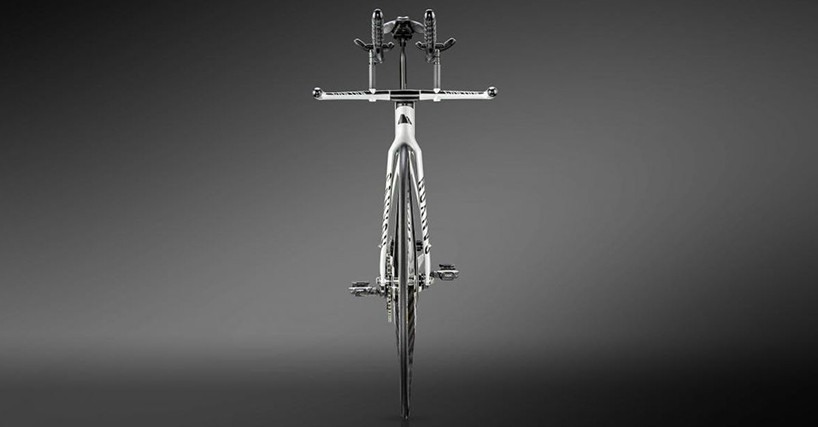 the frame was made from aircraft grade 7075 aluminum

stripped back to the basics for absolute aerodynamic performance, the final form of the bike weighed just 7.3 kilograms. its on-road performance with drag-reducing tube profiles and aggressive ‘TT’ geometry was ideally for use on the track. UCI regulations prohibited multiple gears, brakes and water bottles in all the track disciplines. the ‘speedmax WHR’ consequently had a much smoother surface with the number of components exposed to the wind drastically reduced. the result was a trimmed down and focused design that left no doubts as to the bike’s purpose. 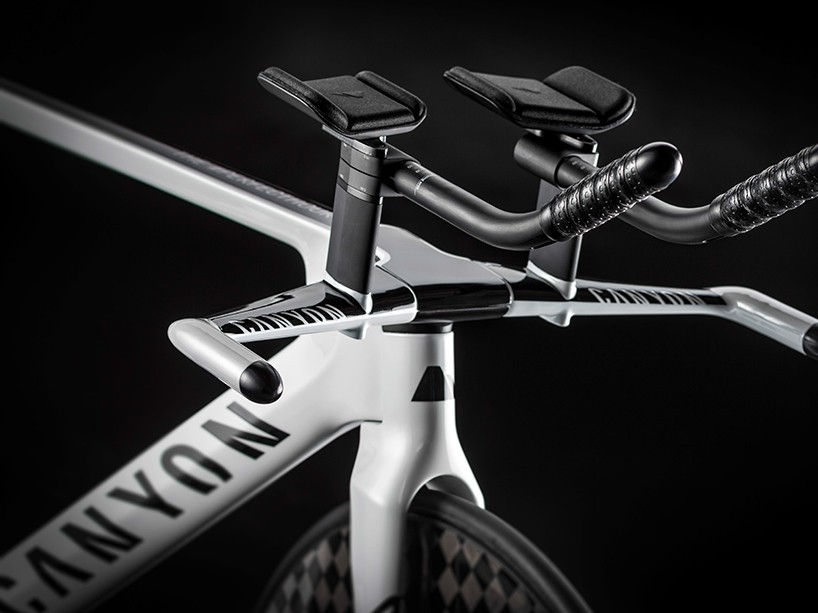 the biggest modification when creating the ‘speedmax WHR’ was made to the rear triangle. the dropouts were positioned horizontally in order to always achieve the optimum chain tension and to accommodate a range of gear ratios. with no derailleur hanger necessary the dropouts were entirely symmetrical. to further increase their strength and improve stiffness, they were finished in aircraft grade 7075 aluminum. the carbon layup of the entire rear triangle was also revised to achieve the desired track-specific axle width of 120 mm instead of 130 mm. 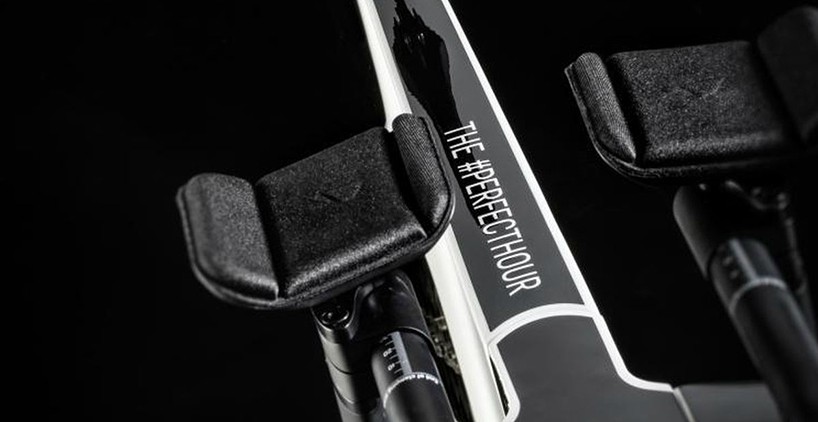 the fact that the brakes were not necessary on track opens up the potential to further optimism airflow and reduce turbulence on the ‘speedmax WHR’. gaps caused by the braking hardware on the bike are no longer present to achieve the smoothest finish possible around the forks and beneath the bottom bracket. every element of the canyon ‘speedmax WHR’ was analyzed. every detail had been measured and tested. at 52.937 kilometers, alex dowsett broke the ‘hour record’ at the national cycling centre in manchester. 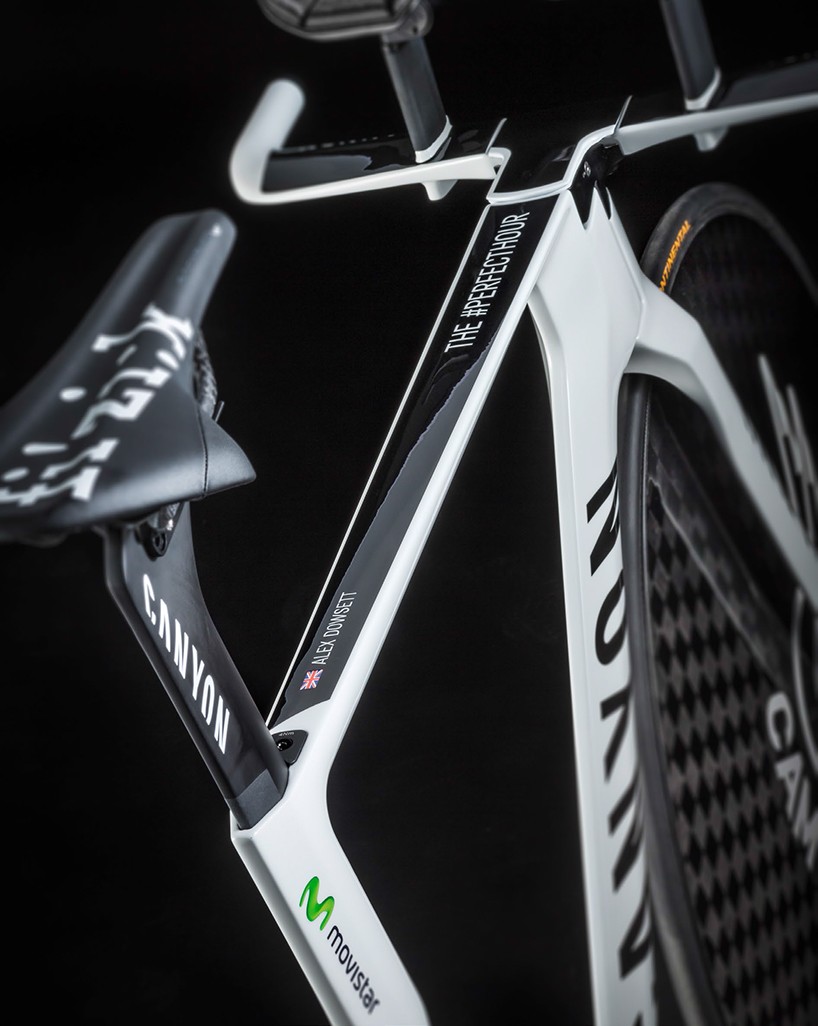 UCI regulations prohibited the use of multiple gears, brakes and water bottles 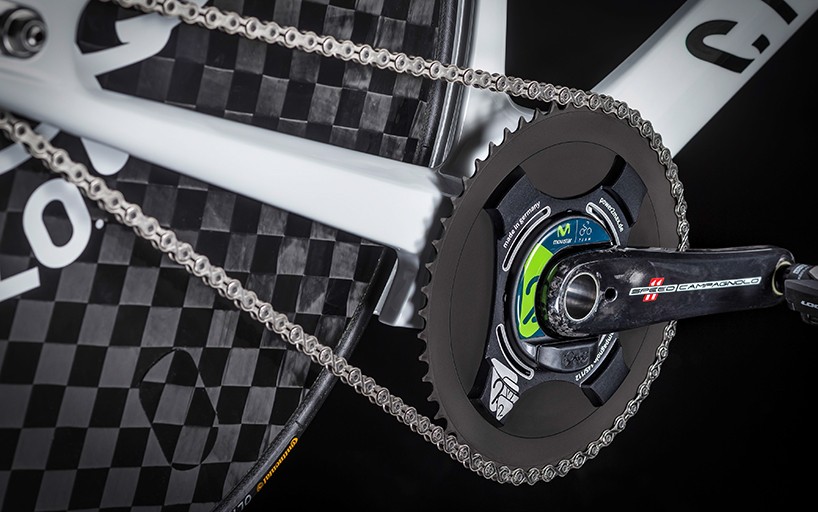 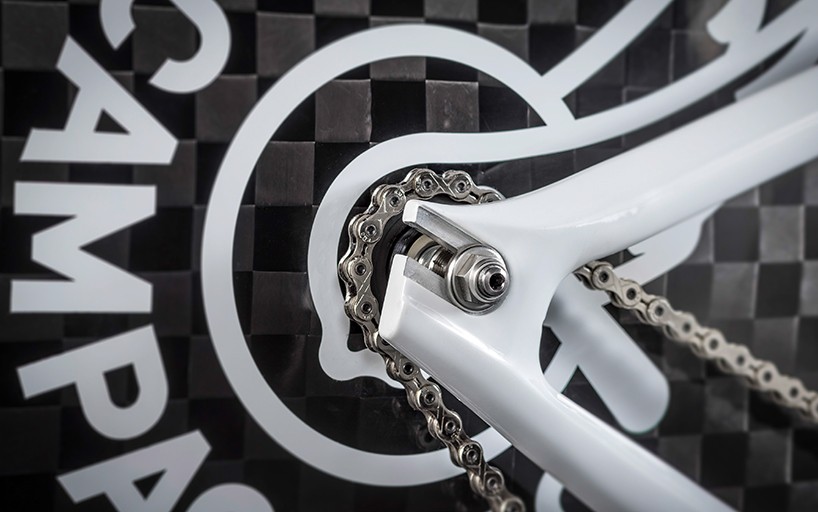 there was no rear derailleur issued on the bike 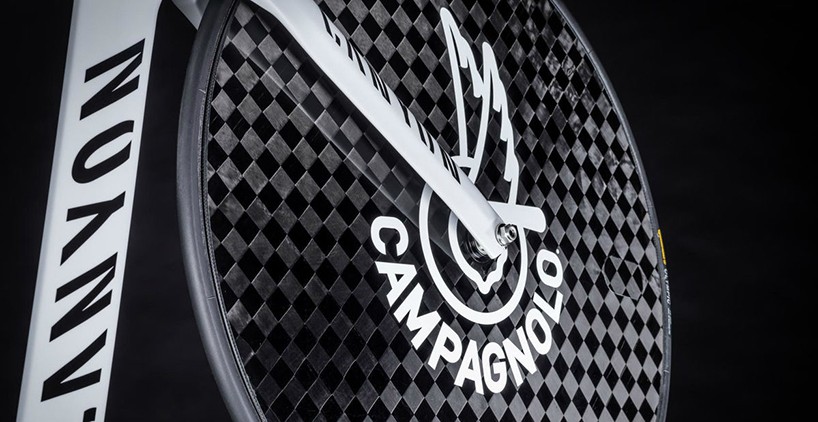 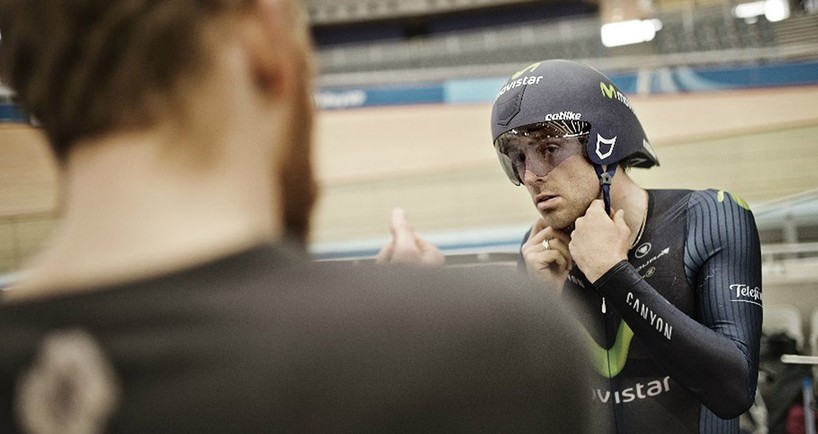 alex dowsett at the track testing the canyon ‘speedmax WHR’