carlo ratti associati is planning to paint empty urban surfaces across the world — not by hand, but by drone. the studio has developed a system called ‘paint by drone’ that can draw on building façades, turning any blank surface into an artistic space for urban data visualization. a fleet of one-meter wide unmanned aerial vehicles carrying spray paint tanks are filled with CMYK paints. equipped with sensors, the drones are programmed to draw content submitted digitally via an app, while a central management system regulates their operations in real-time. the artistic input can be derived from multiple outlets, such as crowdsourcing platforms or from curators collecting several contributions. 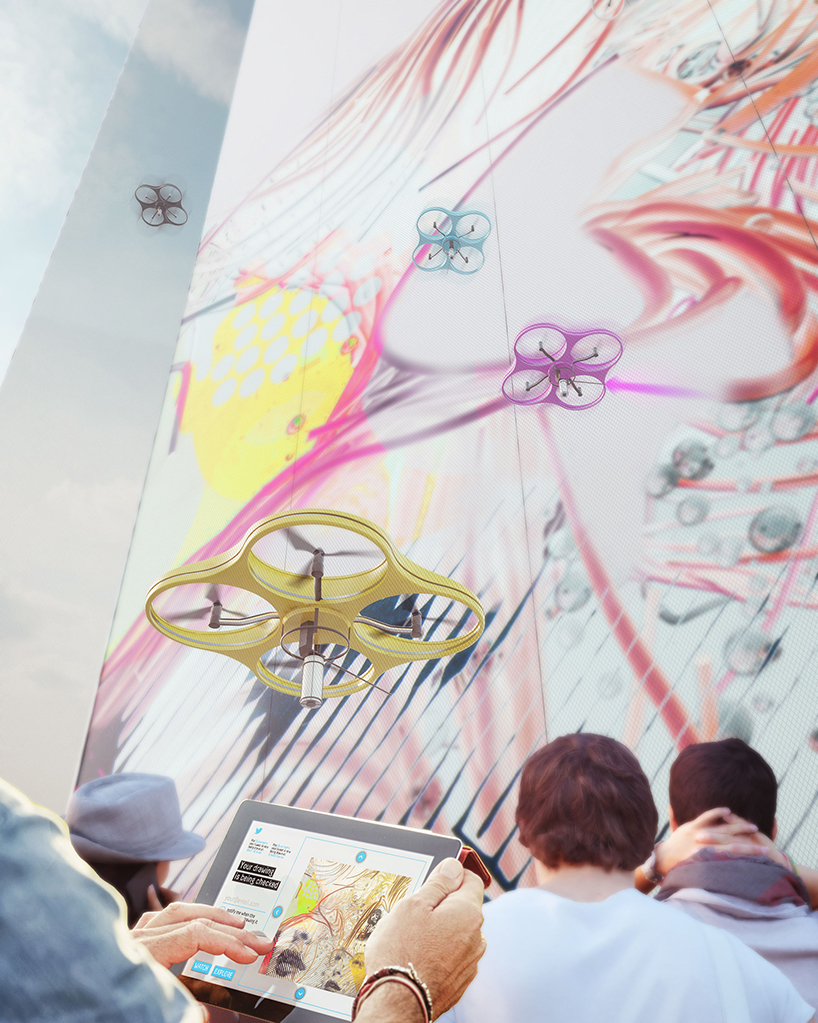 the drones are programmed to draw content submitted digitally, via an app

‘our cities are filled with blank vertical surfaces, either permanent or temporary,’ says professor carlo ratti, founder of carlo ratti associati. ‘scaffold sheeting, for instance, has great potential, but in fact it is mostly used in bland ways – left empty or employed for advertising. with ‘paint by drone’ we would like to unleash the potential of ‘phygital graffiti’. any façade can become a space where to showcase, new forms of open-source, collaborative art or to visualize the heartbeat of a metropolis through real time data.’ 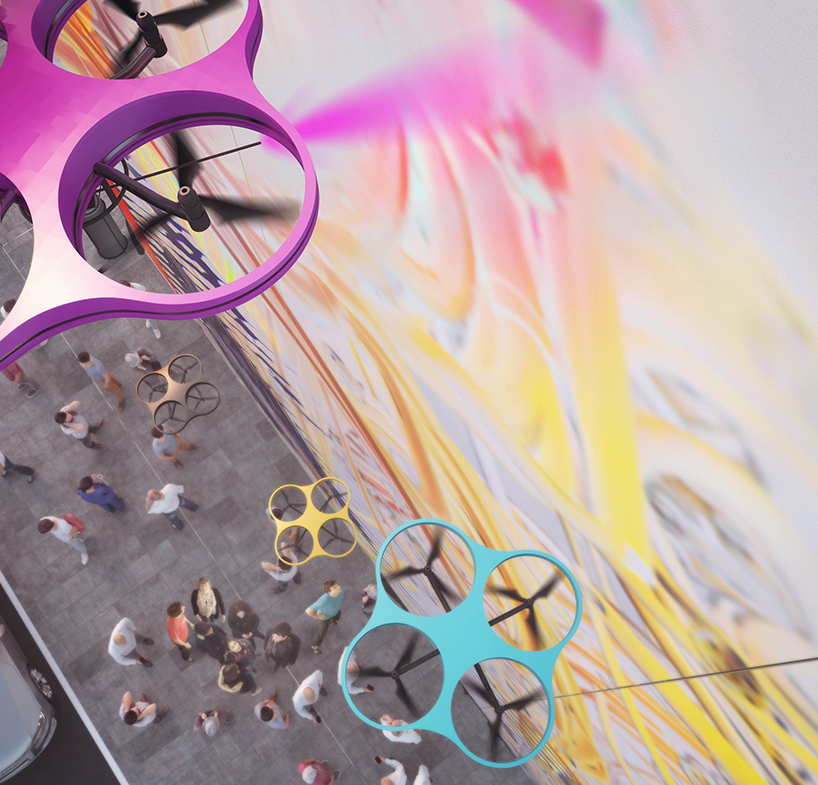 the first two installations of ‘paint by drone’ — which propose to use the façades of construction sites as giant canvases — are planned for fall 2017 in berlin and turin. the collaborative graffiti projects will allow either an artist to do an initial drawing on the canvas to be colored in by users — with each person picking a favorite ‘spot’ for the drone to paint — or offer people the option to use the mobile app to draw their own designs. 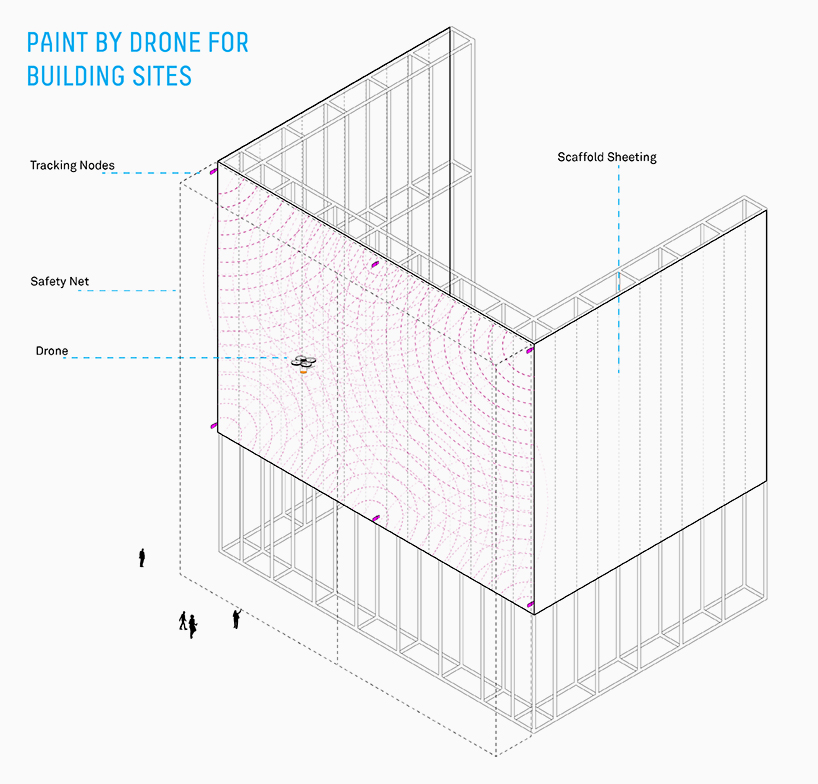 ‘this project encapsulates our vision of the city as an emergent system’, explains antonio atripaldi, project leader at carlo ratti associati. ‘with paint by drone, the contributes of different people generate a result in which the final drawing is more than the sum of its parts’. 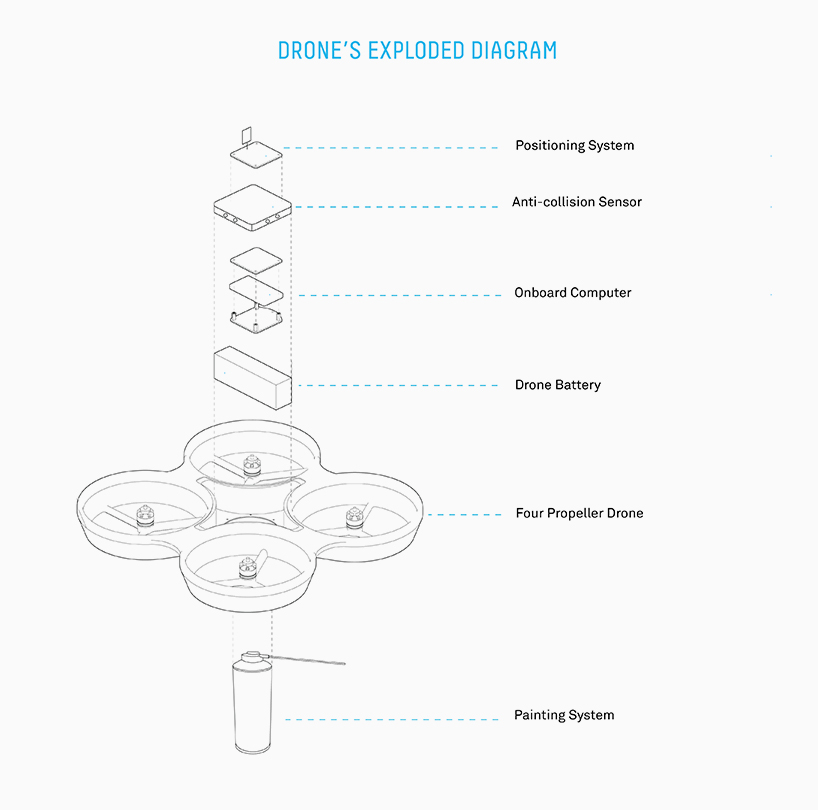 an advanced monitoring system that precisely tracks the UAV’s positioning