In Vietnam, this AI-powered billboard dispenses beer whenever someone says ‘Carlsberg.’ Why? Because the name is almost impossible to say — not ideal if you’re trying to break through in the Vietnamese market. That’s why the Danish beer brand decided to have fun with it and reintroduce itself to the country on its 175th anniversary with the ‘Car-z-berg’ campaign led by creative agency Happiness Saigon.

‘Carlsberg is one of the leading brewing companies in the world today, celebrating its 175th anniversary as ‘probably the best beer in the world.’ But before doing that, the brand must properly (re)introduce itself to the Vietnam market. A market where its unique name is practically unknown. Carlsberg took this challenge and turned it into a campaign to build name recognition and give people a chance to sample its beer for the first time,’ writes the agency. 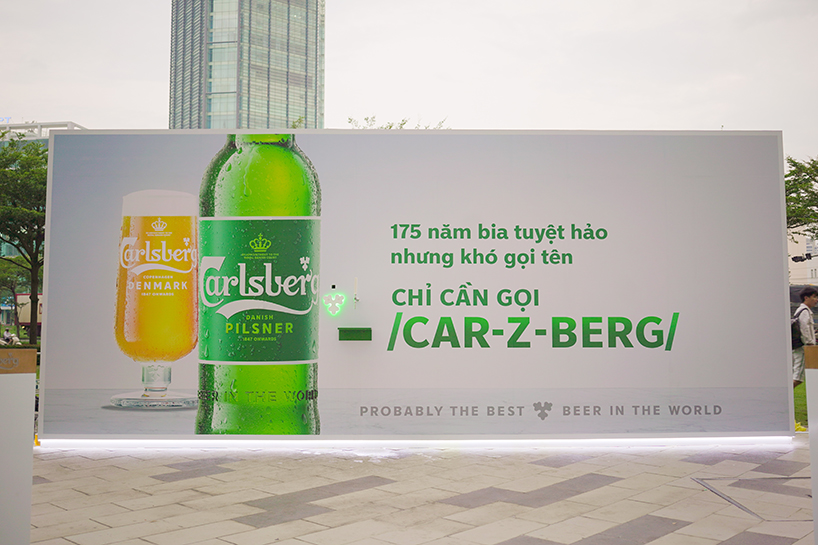 all images courtesy of Happiness Saigon

pronounce it as ‘car-z-berg’ to get a free beer!

The campaign kicks off with an interactive billboard set up in a public space, displaying a localized phonetic spelling of the Danish brand. Then, equipped with a voice-activated tap, it dispenses beer whenever someone can get the name right. The team at Happiness Saigon made the interaction possible through a customized AI system that uses voice inputs from hundreds of people pronouncing ‘Car-z-berg.’ From these inputs, it trains itself to recognize the most accurate entries possible.

The AI billboard doesn’t just power the voice-activated tap; it also powers the campaign website that anyone can visit to try the challenge and win a free, cold beer if they are in Vietnam. 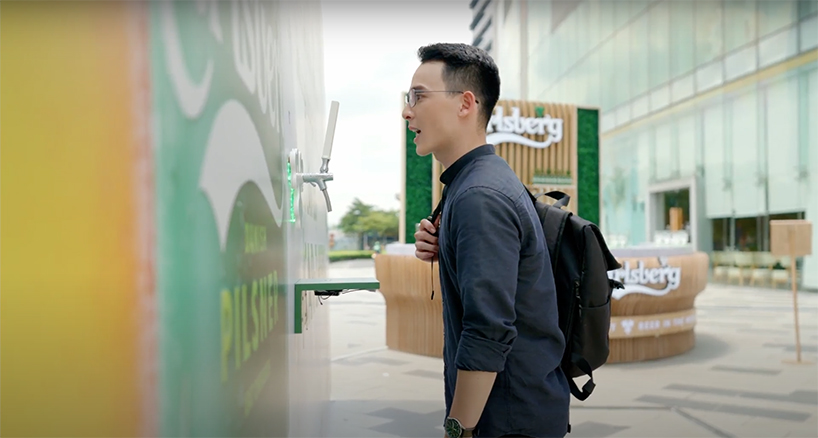 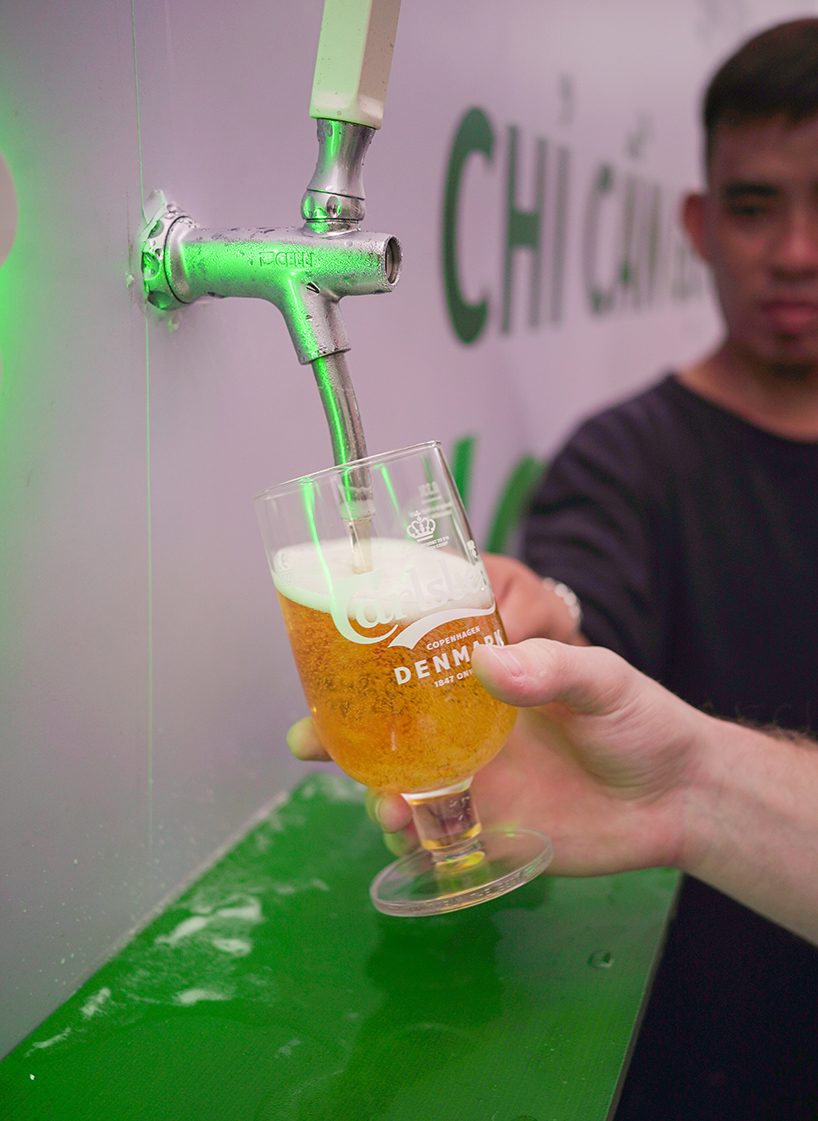 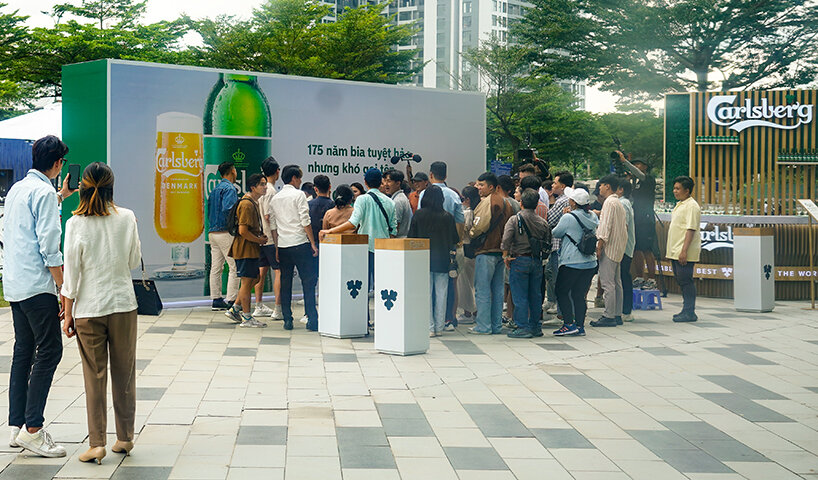 the campaign attracted a curious crowd that embraced the fun challenge