update 04/26/2018: it looks like cassie’s dancing days are over. a lab at the university of michigan is putting the robot through its paces, testing the robot in extreme circumstances. walking through fire? riding a segway?

these are just two ways jessy grizzle’s lab are testing the limits of cassie, a research platform that roboticists are using to master bipedal locomotion, originally created by agility robotics at oregan state university. ‘we’re excited to get cassie out into researchers’ hands because researchers tend to be the most abusive, so we will learn all the failure points and build better robots in the future’, says co-founder and chief engineer mikhail jones.

entering stage left is cassie, the ostrich-legged bipedal robot by agility robotics lab at oregon state university, stage partner? a four-legged canine of the same species. it forms part of the lab’s mission to pioneer legged robot technologies and solve the mobility challenges.

agility robotics builds machines for academic, corporate, and military research and development, working towards a diverse range of near-future applications. researchers at the lab hope legged robots will save american lives by scouting unknown spaces, perhaps in a military context serving as a mobile sensor platform that can go where people go. 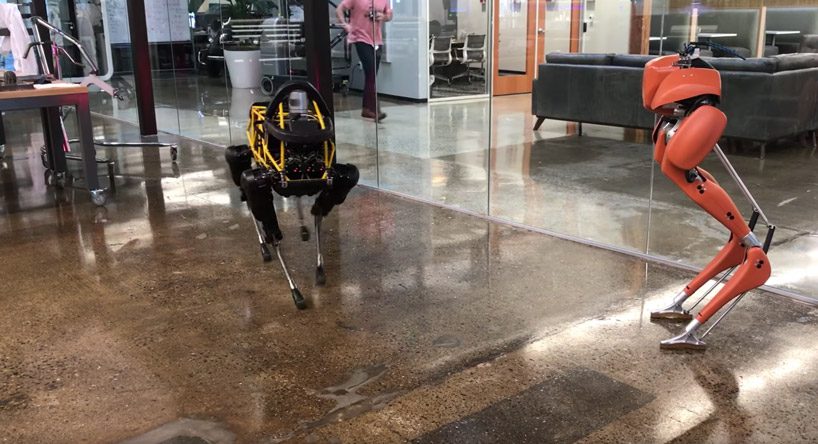 cassie could also signal the future of delivery and courier services, adding a ‘human’ touch to current drone delivery concepts. agility robotics outline the possibility of a fleet of similar robots delivering products to the consumer’s door, utilizing existing roads and walkways.