televisions are always one of the main attractions at CES. in years past, the manufacturers battled it out to produce the biggest screens, however this year they are competing for the thinnest. already we have seen thin panel displays from JVC and panasonic. JVC is putting their foot in the door with a 32 inch LCD TV that weighs 5kg and is a mere 7mm thick. their display sits atop a curvy helix like stand that adds further lightness to the design. panasonic on the other hand is putting their weight behind the new ‘Z1 viera’ plasma TV, which measures 25 mm thick. anticipating all the wires and connections, panasonic is coupling the unit with a wireless HD streaming box, that sends a signal to the display. there are a few days left in CES, so there may be more skinny TVs on the horizon, we will have to wait and see. 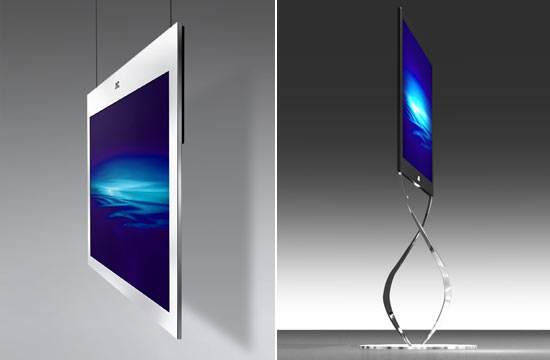 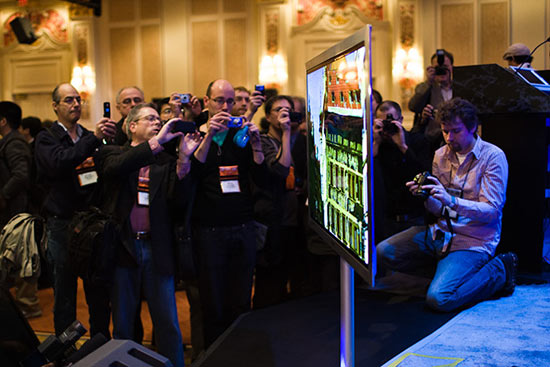 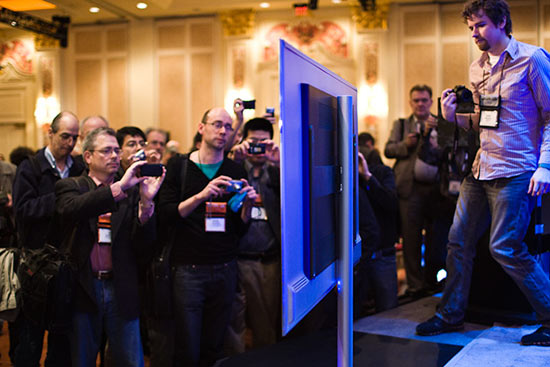