network-attached storage servers have been around for a long time. in the business sector they are common place but none have been user-friendly enough to reach the consumer market. linksys released their new media hub series at CES featuring two models the budget nmh300 and the LCD equipped nmh400. both device are about the size of a bookshelf speaker and feature two hard-drive bays. the nmh300 comes with one 500 GB drive and the nmh400 boasts a 1 TB drive, the second bay on both is empty for future upgrading. part of the allure of these devices is a simple raphical user interface that makes remote access and backups a breeze. these devices should hit stores soon, in the US at least, for between 300-430 USD depending on the model and hard drive size. if these systems achieve widespread adoption, they should usher in a new era of digital home entertainment. 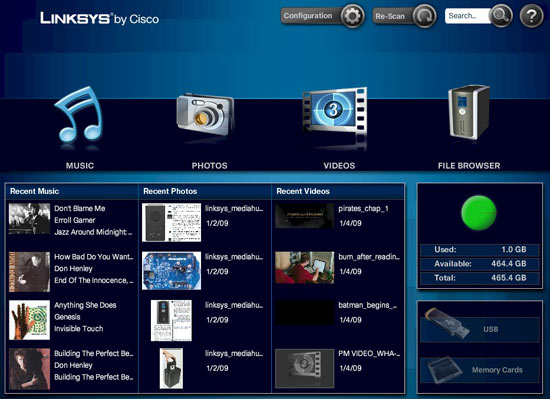