long time designboom readers may remember the open source modular software and hardware system by buglabs. the unusual device allows users to build any type of device they want through the configuration of the bugmodules on the bugbase, a fully programmable and ‘hackable’ linux computer. the first set of bugmodules were launched late in 2007 and included a GPS receiver, digital camera/videocam, touch-sensitive colour LCD screen and an accelerometer/motion sensor. since then they launched even more modules and are currently releasing five new designs at CES. this new crop of add-ons includes a DLP projector (BUGprojector), audio interface and speaker (BUGsound), short-range wireless transmitter (BUGbee), wifi transmitter (BUGwifi) and 3G cell network connector (BUG3g GSM). they are also showing off a qwerty keyboard module that is currently just a prototype. 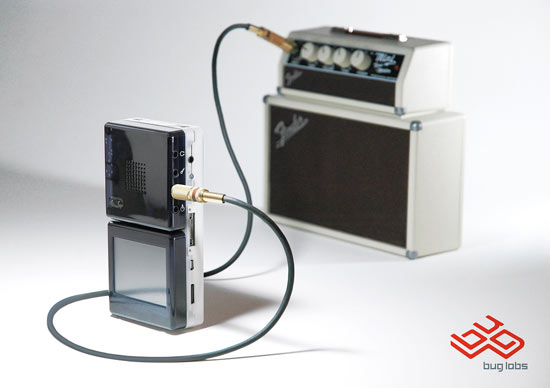 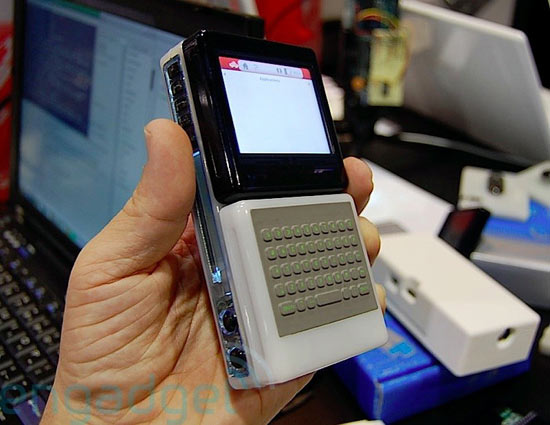