three-dimensional printers are gaining more traction in business and consumer markets, but are definitely not ubiquitous by any stretch of the imagination. even less common are three-dimensional scanners. part of the reason why is the steep price tag (the z scanner 700 is one example which retails for around 40,000 USD). however at CES this year, realview 3D plans to show off their more affordable desktop scanner. the realview 360 3D desktop scanner claims to be the first desktop scanner to be capable of capturing full 360 degree views. it will come in three models, a standard, high definition and commercial HD. no one has had their hands on with the device but from reports it sounds promising. 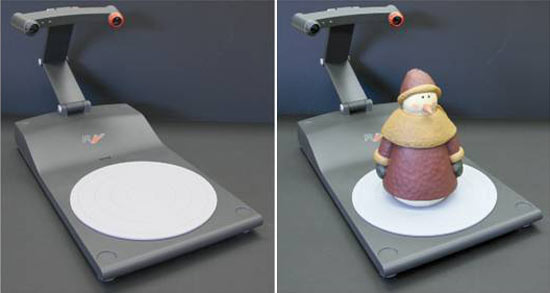