at CES 2011, casio has just announced the upcoming release of ‘tryx‘, a new compact combination camera and camcorder.

in addition to its unconventional physical structure, the camera offers a set of shooting features, including slow-motion video capture and automatic artistic filters, designed to broaden the ways the device can be used for creative expression. 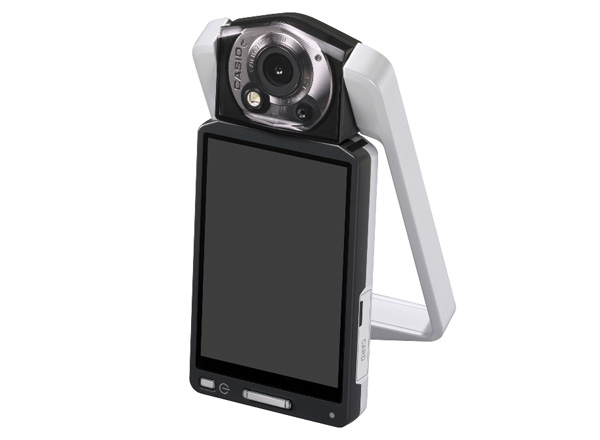 properly rotated, the frame can be used as a tripod image courtesy of digital camera review

‘tryx”s three-inch LCD touchscreen can be rotated out of its frame and swiveled up to 270°, while its frame component rotates a complete 360°, enabling it to be used as a tripod, hook, or hand grip. 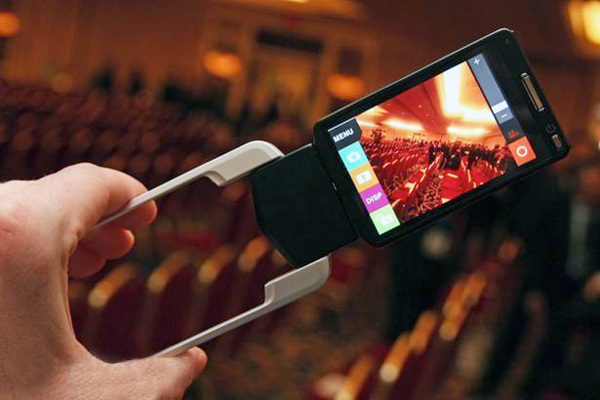 by rotating out the screen, the camera’s frame can be used as a grip, hook, or tripod image courtesy of pocket lint 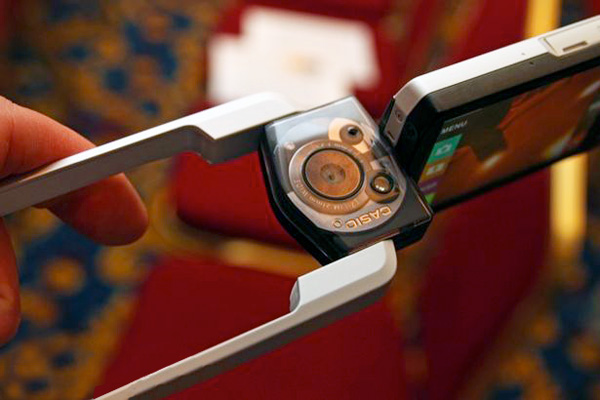 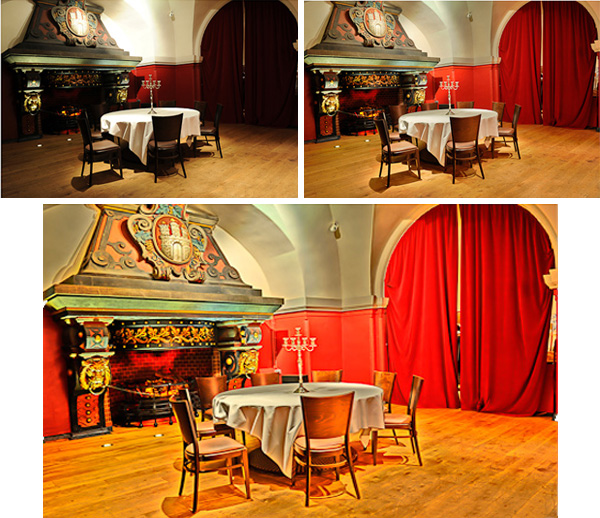 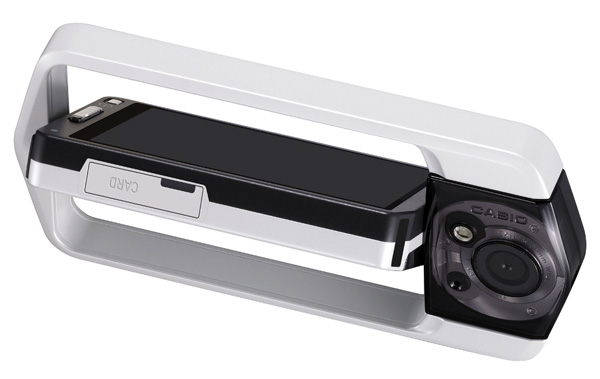 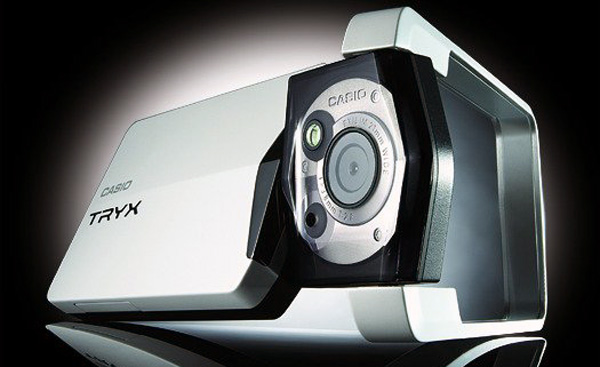 once swiveled out of its frame, the screen (left side) has 270° of its own rotation

the very thin camcorder is just above one half inch deep