on show at the 2015 CES, the electric skateboard, ‘zboard 2′, has a new 500W brushless motor that is faster, more powerful and more efficient than the one installed on their original product. available in two models; blue and pearl, they both reach a top speed of 20mph but differentiate from each other when their performance data is compared. the blue edition has a battery range of 16 miles, weighs 16 lbs and recharges in a total time of 90 minutes. in contrast, the more expensive pearl version can travel for a grander 24 miles but subsequently, has a heavier weight of 18 lbs and takes two and a half hours to fully re-energize.

other noticeable features of the ‘zboard 2’ is its dual handles that enables users to carry it wherever, its waterproof electronic connectors and its LED head and rear lights. these hi-power LEDs are equipped with three modes: on, off and blink, in order to make it easier for the rider to see the road and for others to see them. another quirky addition is how the power button is surrounded by a multi-color LED ring that changes as the board’s battery diminishes. just like its predecessor in 2012, the ‘zboard 2’ follows it by seeking funding via its crowd-sourcing campaign. 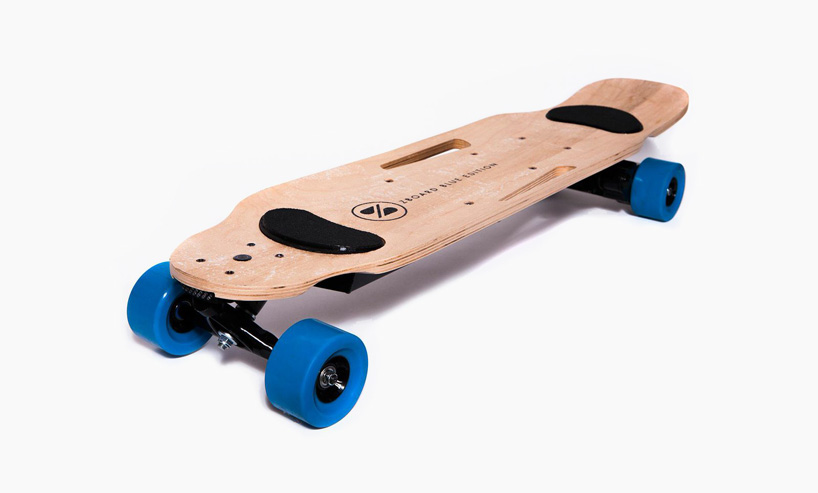 the product is available as the blue or pearl model 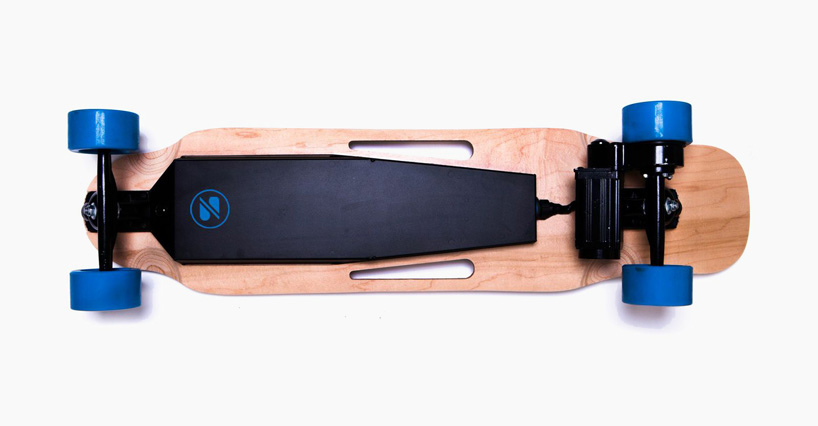 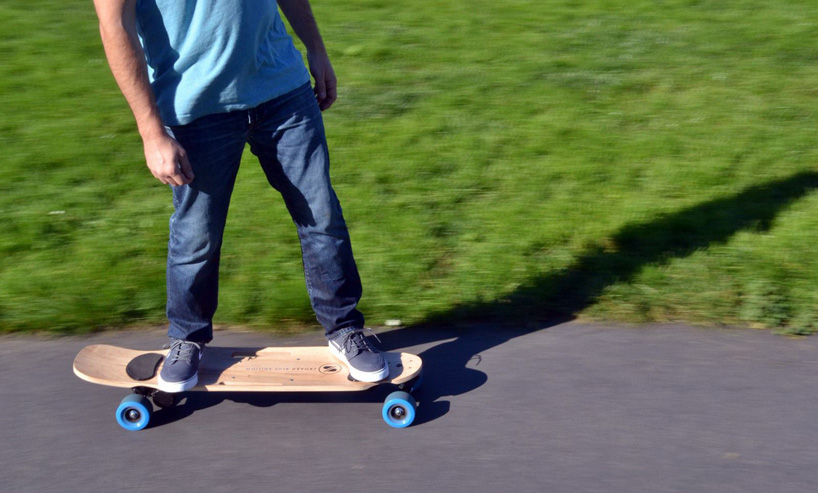 the board can travel up to speeds of 20mph 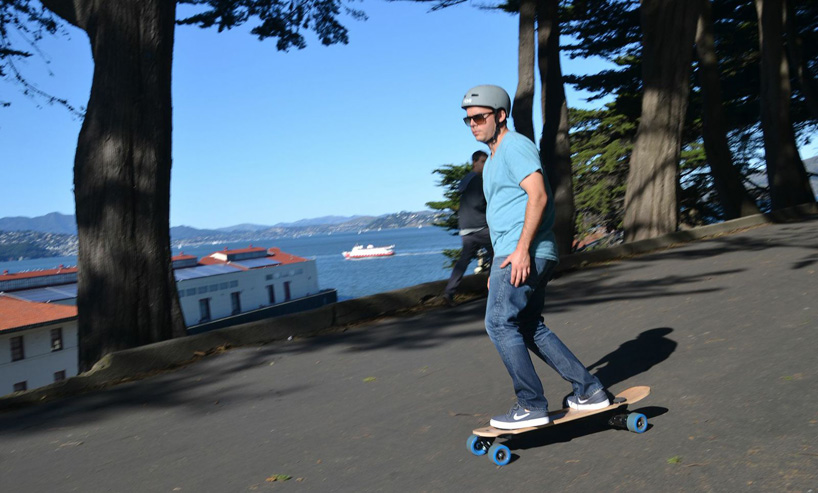 it has a power range between 16 and 24 miles 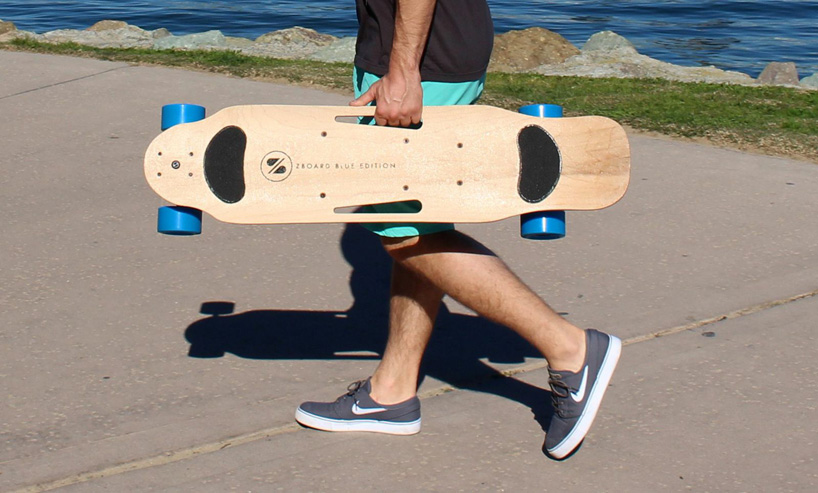 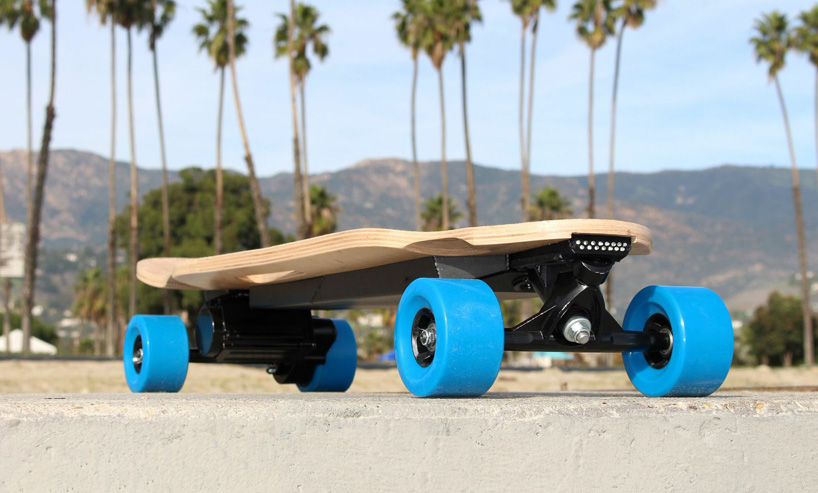 the skateboard is equipped with front and rear LEDs 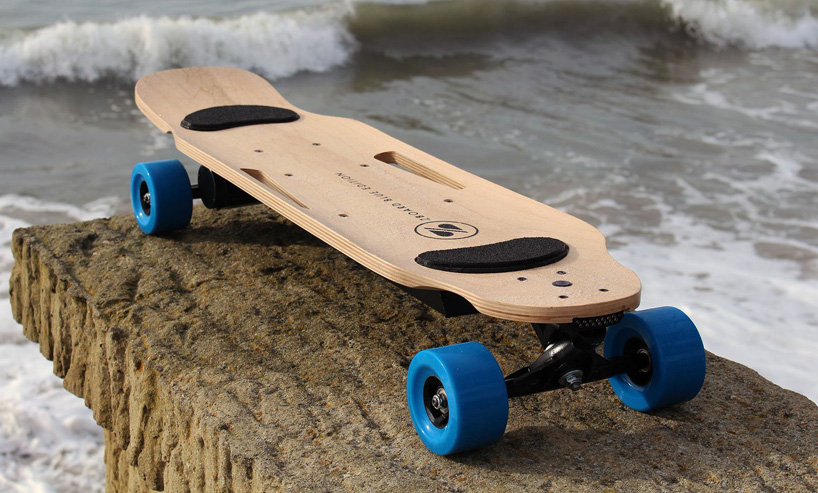 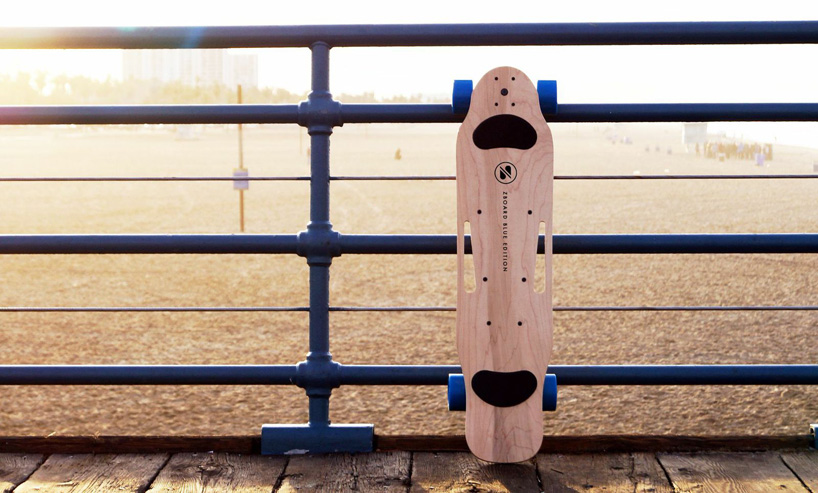