this exquisite bicycle was created by cherubim, the supplier to the japanese national cycling team at the 1968 olympic in mexico city. the company was founded in 1965 by hitoshi konno, and his son, shinichi konno, is now carrying forward its legacy of sculptural steel-frames. it bears a slight resemblance to the featherweight viks GT ‘lamborghini + bicycle mashup’. konno–who is a master builder–continues to incorporate japanese artistic style into modern steel bikes, and the company’s hummingbird is widely regarded as one of the most eye-catching bicycles in the world. 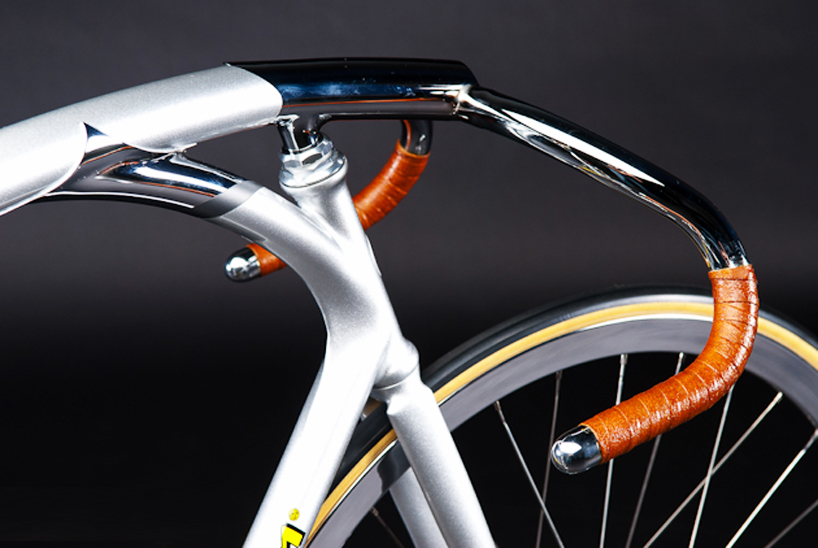 forms influenced by the streamlined era

influenced by the streamline design movement of the 1930’s, with tapered forms representing birds and fish–the cherubim ‘hummingbird’ bicycle build forgoes a traditional seat tube and arches its back precariously, yet elegantly, over the rear wheel. this retrofuturistic form was realized in collaboration with simon taylor from tomato, the london-based art and design collective. tomato creates and delivers cross platform, multi-media art and design projects; publishes books and artworks; creates exhibitions; and hosts workshops and lectures. 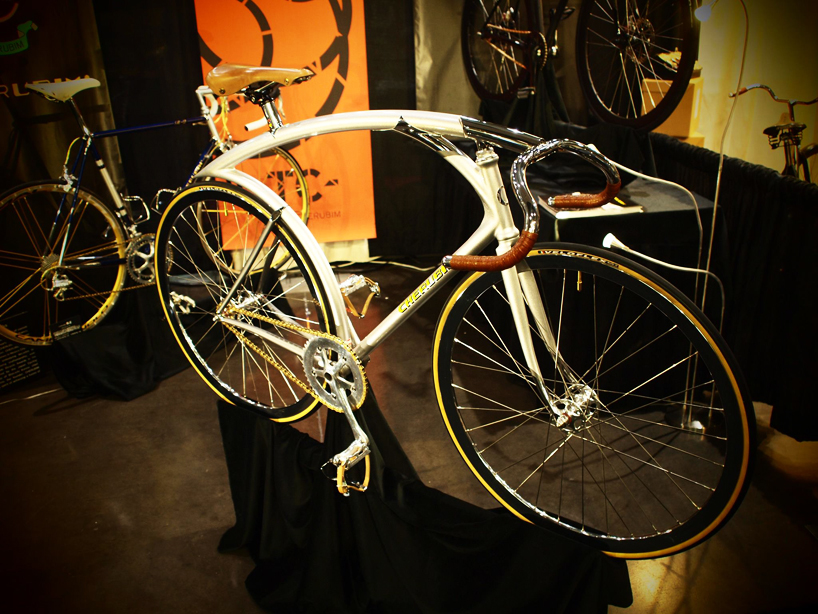 evolution of the steel frame

cherubim’s workshop, based in a corner of tokyo, believes that the origin of making things is in its own human hands. with this fundamentalist approach, its craftsmen can be found working in the ever-flickering bike lights of the studio. while this particular bike may not be spotted held above the head of a championship racer on a podium, it was found at the 2012 NAHBS (north american handmade bicycle show) picking up the ‘best of show’ title. 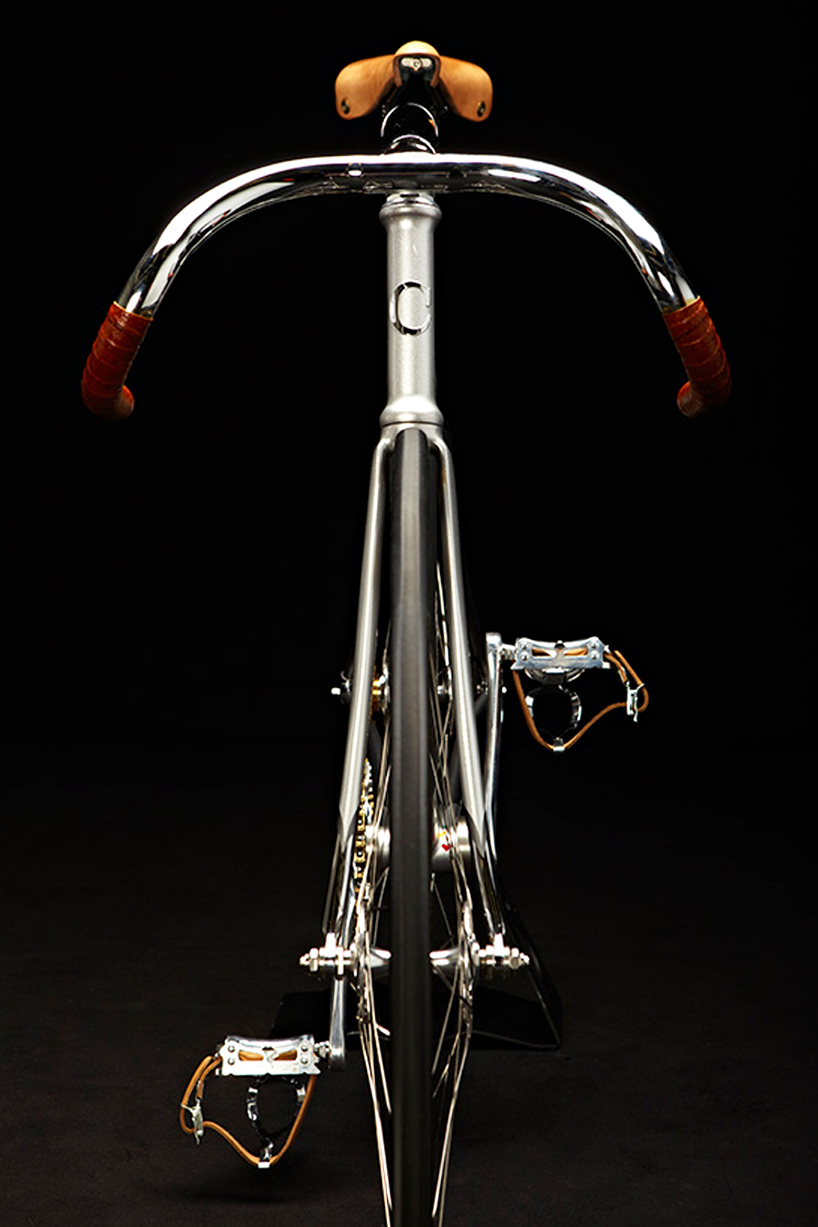